The Irish Elk was the biggest deer to have ever lived on earth. Its fossils reveal that the animals antlers were 12 feet long. Experts have always wondered how this magnificent animal withered off and have given their probable theories for its extinction...

The Irish Elk was the biggest deer to have ever lived on earth. Its fossils reveal that the animals antlers were 12 feet long. Experts have always wondered how this magnificent animal withered off and have given their probable theories for its extinction… 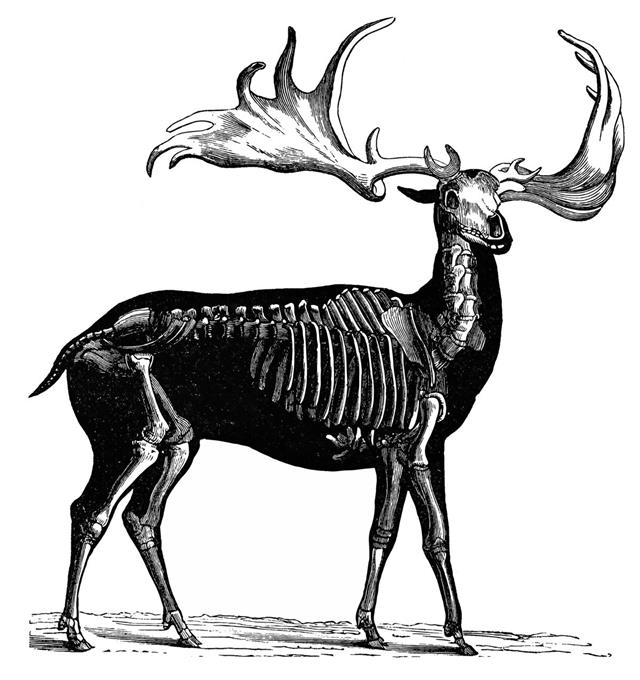 The Irish Elk Megaloceros giganteus (also called Giant Deer) is an extinct deer species which once walked the earth about 7,700 years ago. It was found predominantly in the Eurasian subcontinent, which extends from Ireland to the Russian lake Baikal. Lake Baikal also happens to be the oldest lake on earth as well as the deepest. Contrary to its name the Irish elk is not related to the presently existing European or North American elks.

One of the most fascinating Irish elk facts is that the deer like animal was gigantic and approximately twice the size of an average 5 feet 6 inches tall human being. Let us find out more about this humongous and gentle giant. The skeletal remain or fossil of this animal was first extracted from deep bogs or swamps, which had helped preserve them under its floor sediments.

Based on the animal’s extinction, it directs the cause to the gigantic size and weight of the elk’s antlers. It has been suggested that the animal had genetically evolved so as to grow large antlers. However, further evolution and selective mating led to an increase in the size and spread of the antlers with every successive generation. The end result being that the antlers began to grow disproportionately larger than the size of the head and neck. Which made it harder for the animal to carry its own weight and eventually led to its extinction.

Another justification for the Irish elk’s extinction has been associated with low nourishment and lack of food sources. It is believed that these animals needed high amounts of calcium and phosphate compounds in order to have healthy antlers. They would receive this nourishment from vegetation. However with time the vegetation rich in these compounds began to dwindle drastically. This caused severe food shortage and the animals could not repair, grow back or reproduce healthy antlers or offspring. This created an osteoporosis type of bone degeneration in the animal species, which gradually led to the animal’s withering off and extinction.

States that humans may have been responsible for the extinction of the Irish elk. The reason being that humans had begun hunting the elk for meat, skin and bones for making weapons, tools and support frames for building shelter. Perhaps the breeding of these animals, was slower than the rate at which they were being hunted. The extension may have taken several decades to complete its cycle.

Claims have been made that loss of habitat due to human settlement may have played simultaneous roles in causing the Irish elk to become extinct.

Suggests that the deer could not adapt to the drastic change in climate and was unable to survive in the subarctic conditions.

The final theory is that the animal did not become extinct but gradually evolved. It shrank in size through the years and can now be seen as either the common deer or more likely the present moose.

Whatever may have been responsible for causing the extinction of the Irish elk, the fact remains that such an animal roamed the grasslands of the ancient world. Today, it finds itself enlisted among the top 10 extinct animals. Many fossils have been discovered, but most of them have been males. The females cold also have a role to play in the extinction. Considering that the females could have suffered some form of disability which made it difficult for them to reproduce. Or perhaps the newborns were becoming increasingly susceptible to diseases or could not adapt to the change in climate.