Arizona Bark scorpion is the deadliest species found in the Sonoran Desert. Its sting has potentially life-threatening consequences on humans, which is why the Arizona health department has recently begun using the Mexican lifesaving anti-venom...

You are here: Home / Uncategorized / Truly Strange Facts About the Arizona Bark Scorpion 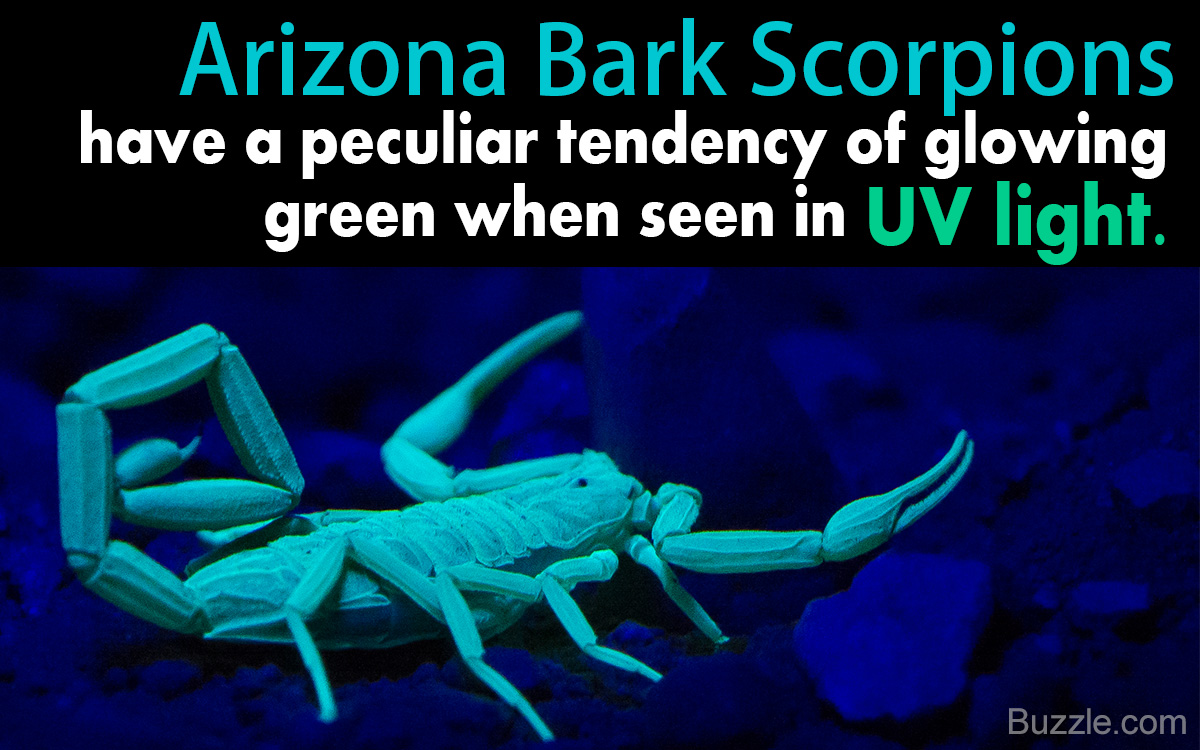 Arizona Bark scorpion is the deadliest species found in the Sonoran Desert. Its sting has potentially life-threatening consequences on humans, which is why the Arizona health department has recently begun using the Mexican lifesaving anti-venom… 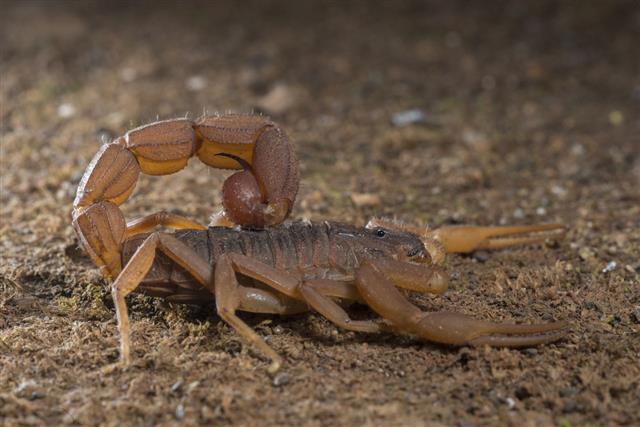 The Arizona bark scorpion Centruroides sculpturatus is the most venomous scorpion species found, in the southwestern part of United States.

It’s found all over the Sonoran Desert. Places such as Arizona, Mexico, California, Colorado, Oklahoma, and Texas, have had to deal with many emergency cases of scorpion stings, which run into thousands every year. These scorpions are small in size and are very light in color. Some are amber in color and are very difficult to spot on open ground, especially on brown surfaces.

◉ The male scorpions, are slightly bigger than the female and are about 3 inches long.

◉ Like all scorpions, the newborn scorpions are comparatively more venomous and deadly, than the adults. The reason being, that the baby scorpions cannot control the amount of venom they inject, per sting.

◉ These creatures are nocturnal and like all other scorpion species, can be seen in UV light. Scorpions have a peculiar tendency of glowing green, when shown under this light. Which is why people living in scorpion infested areas must have this device, ready at hand at all times. Having a strong UV light lamp installed at home and using this flashlight, can help detect the animal at night. The device should be used for checking dark corners and hidden surfaces, as a precautionary measure.

◉ The Arizona scorpion, is one of the many venomous; Arizona animals found in the Sonoran Desert. It feeds on crickets and cockroaches.

◉ These scorpions do not make burrows, and instead hide inside preexisting holes or small openings. Which may explain, as to why these invertebrates find human and animal shelters an easy and comfortable haven for survival.

◉ The bark scorpion, hides and protects itself from the sun and heat, thus hunts only after dusk and during night. You will usually find these scorpions hiding under rocks, inside dense bushes and tree barks.

◉ They are attracted to humidity and prefer moisture. This is the reason why, these scorpions infest areas with vegetation and moisture, such as gardens, near house-ponds, kitchen cabinets and sink, the bathroom/toilet.

◉ A peculiar trait displayed by these scorpions, is that they can stick to the undersurface of objects. For instance, a seemingly normal rock in a garden, may have a scorpion under its surface, making anyone who comes near the rock; an easy target.

◉ These are the only scorpions in the world, which can climb up walls and hide on the ceiling, behind curtains and other vertical surfaces.

The venom of this species of scorpion can lead to death among humans, if not treated with an antidote. However, it all depends on the extent of pain experienced after the sting and the amount of venom injected. Small children are more vulnerable to severe trauma if not treated immediately. The venom can easily kill small pets such as puppies, sometimes cats, hamsters, etc.

Here are some of the signs, to look for in case you suspect a scorpion sting :

◉ Extreme pain on the stung area and the area around it.
◉ Instant nerve poisoning syndrome
◉ Inability to breathe
◉ Body spasms and nerve imbalance through rapid convulsions of the eyes and body muscles
◉ Inability to use the body part and increased numbness spreading across the stung area.
◉ Feeling of electric surges in the body
◉ Body convulsions which seem very akin to seizure symptoms

Seek medical advice instantly and ask for help from family, friends or a neighbor, so that they can take you to the emergency ward for the antidote. The first thing to do while waiting for an antidote is to rub the area with an iron piece. It is believed to help remove the sting. Then wash the area with soap and water, using very hot water. Then follow-up with a cool compress without ice. An Anti-Venom has been developed, since the previous antidote got banned. The patient who does not get anti-venom, will need to be heavily sedated for about 2 days, as that is how long it takes for the convulsions and pain to subside. The anti-venom has helped, save many lives and is available all over Arizona and Mexico. It is available at drug stores and hospitals alike. This particular species of scorpion has claimed lives, especially those of small children and elderly people. Any signs of sting poisoning, must be taken to the emergency ward immediately.

◉ Never-ever, roam around the house, or outdoors without wearing protective shoes/boots. Opting to wear sandals and slippers, is a bad idea in scorpion infested areas.

◉ Always check your shoes by shaking them and looking inside the shoe, before you wear them.

◉ Always check your clothes for hidden scorpions, as many such freak incidences have taken place in the past!

◉ Check your bathroom/toilet, especially under the sink, near the pipes, the drain and the toilet seat, for any scorpion presence. Similarly, check your kitchen as well.

◉ Never venture out at night, even while inside the house, without your UV lamp ready at hand. If there are any scorpions around, you’ll be able to see it glowing in the dark, with the help of the lamp.

◉ Protect your baby’s crib by covering with a net, that way it will mar the fall of a scorpion, that might fall off from the ceiling or curtains.

◉ These scorpions cannot climb on smooth glass, which is why you must place all the four legs of your bed, into glass fish/normal bowls. This can be done with the baby’s crib and the kid’s bed as well.

◉ Since the scorpions feed on cockroaches, centipedes etc, try to keep your home as pest free as possible. Seek the help of a professional exterminator if the need arises.

There are several risks involved, for those living in desert areas, because these harsh terrains harbor some of the world’s deadliest animals and plants. Since emergency services are more frequently available in crowded towns away from the desert, the people living closer to the desert, are at a greater danger of being harmed by venomous animals. The Arizona state health services, have ensured that no matter where you are, access to anti-venom will be provided, and is available at the nearest medical store, department or clinic.