Captivating Facts About the Food Jaguars Eat and Their Habitat

Jaguar is the third-largest feline after the lion and tiger. This big cat belongs to the Panthera genus, class Mammalia, and in fact in the Americas, it is the only Panthera species that is found. In this article we will discuss the eating habits of this powerful animal and also take a close look at its habitat.

You are here: Home / Uncategorized / Captivating Facts About the Food Jaguars Eat and Their Habitat

Jaguar is the third-largest feline after the lion and tiger. This big cat belongs to the Panthera genus, class Mammalia, and in fact in the Americas, it is the only Panthera species that is found. In this article we will discuss the eating habits of this powerful animal and also take a close look at its habitat. 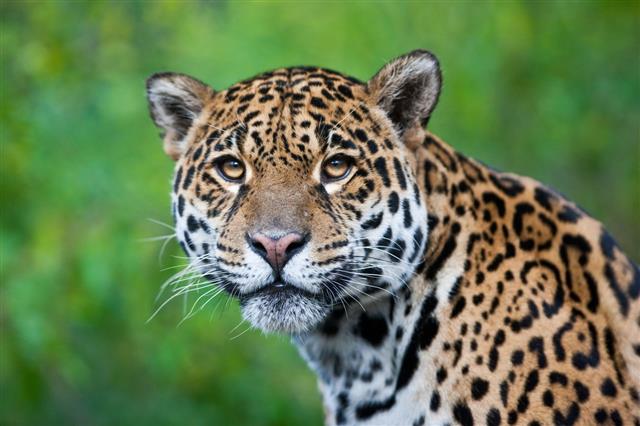 Jaguars are known for their close resemblance to leopards for they share a similar dotted pattern on their body and are equally royal and beautiful in their appearance.  But jaguars have larger and fewer spots as compared to a leopard.

They also have a broad head and an extremely powerful jaw. Typically, Jaguars weigh between 100 to 250 pounds and live for 12 to 15 years in the wild. An adult is 5 to 8 feet in length including the tail. 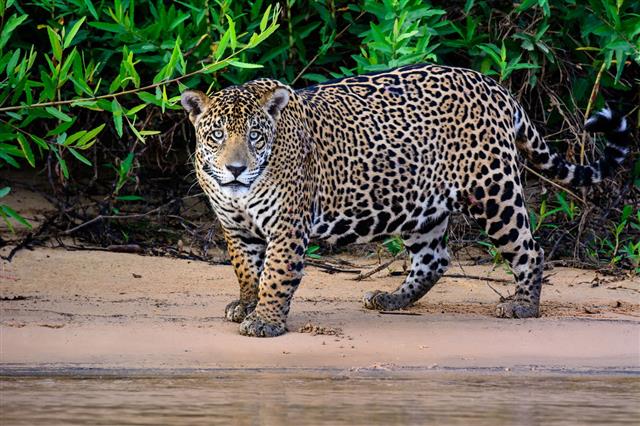 The current range of Jaguar spans southern part of North America (United States and Mexico), across Central America till almost half of South America (North of Argentina, South of Paraguay).

Jaguars are divided into 9 subspecies — the name of the species and their range is given below.

Broadly speaking, the Jaguar is found in Mexico, Central, and South America. It is found in a variety of habitats, like the tropical rainforests, rocky terrains, in addition to wetlands that are seasonally flooded, and terrains of dry grassland.

It was thought that these animals had disappeared completely from the southwestern United States; however, recently, there have been occasional sightings. Their largest population is found in the Amazon basin, which is moist.

In order to catch prey easily, Jaguars prefer dense forests which offer ample cover for a perfect ambush. They love water and are often found in areas with an adequate supply of water, like rivers and swamps in dense forests.

They are fairly good swimmers and often hunt and kill small-sized crocodiles. This feline is rarely found in mountainous areas and at elevations of 4000 meters and above. 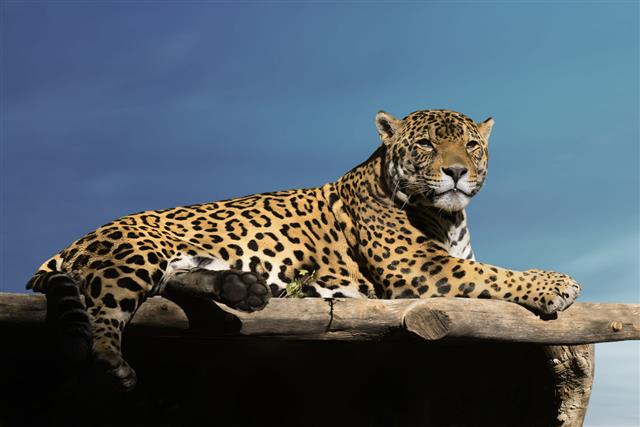 Like most animals in the wild, Jaguars also face risks due to the rapid destruction of their habitat, and this is mainly due to deforestation. The population of Jaguars is receding at an alarming rate.

Due to increase in the civilization, the areas under forests and grasslands are being cleared by humans. This animal has now become extinct from countries, like El Salvador and Uruguay, in addition to many more areas where it was earlier frequently spotted. 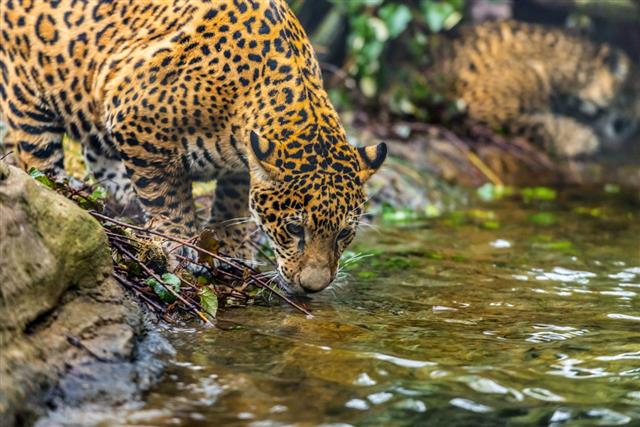 Jaguars are apex predators, they prefer large prey and are particularly fond of meat. The food palate of a jaguar is wide, encompassing at least 87 species ranging from tapirs, birds, sloths, turtles, rodents, to reptiles, monkeys, frogs, and deer.

Unlike the other species of its kind, jaguars are not primarily man-eaters, but are known to make an exception when they are provoked or feel endangered. They also eat livestock. Posing a great threat to the humans dwelling in the same region. 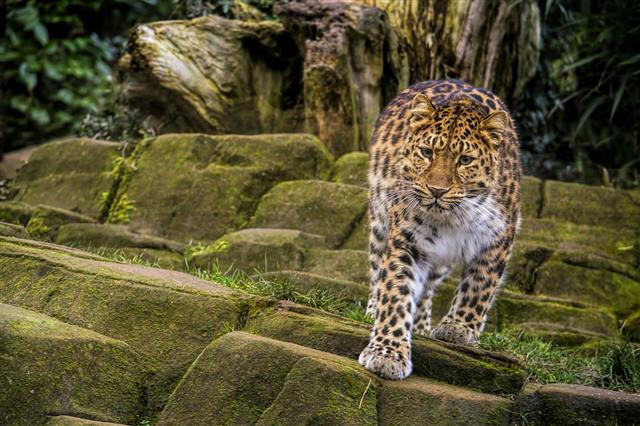 A powerful jaw and very strong teeth enable this cat to kill its prey with ease. These animals are also known to take on sea turtles as their strength makes it possible to even pierce the shells of turtles.

The typical style of big cats for killing their prey is by holding the prey’s throat with its jaws till it suffocates. Jaguars have a unique way of hunting, which includes biting through the skull of the prey, between the ears, and piercing the brain, making the prey immobile. 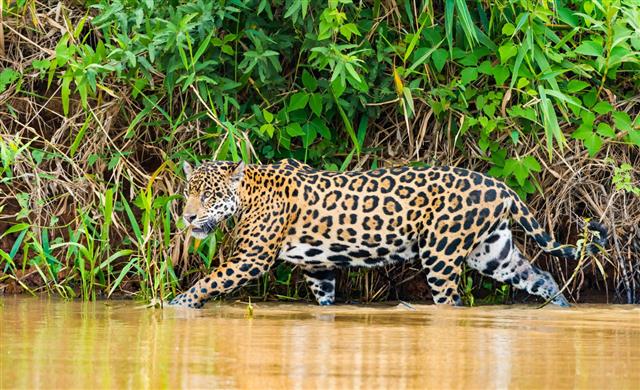 Another particular hunting strategy that the jaguars adapt is that they never chase their prey. They make their kill by stalking the prey before attacking or ambushing it. They mostly drag their prey away into the dense forest, or a secluded area, and then feast on it. Unlike tigers, jaguars never hide their prey after killing it.

The Dire Need for Conservation 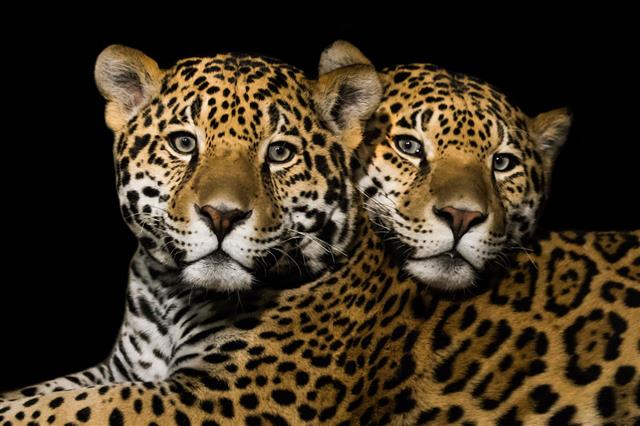 The hunt for jaguar’s skin still continues. It’s time we wake up and do our bit towards their conservation? Or else, a time may come when these big majestic cats will only remain as a pretty picture in books. 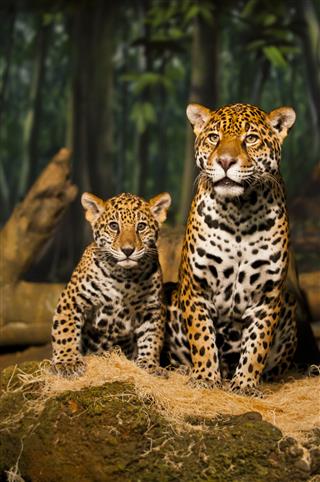 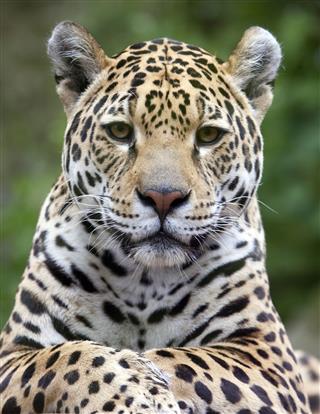 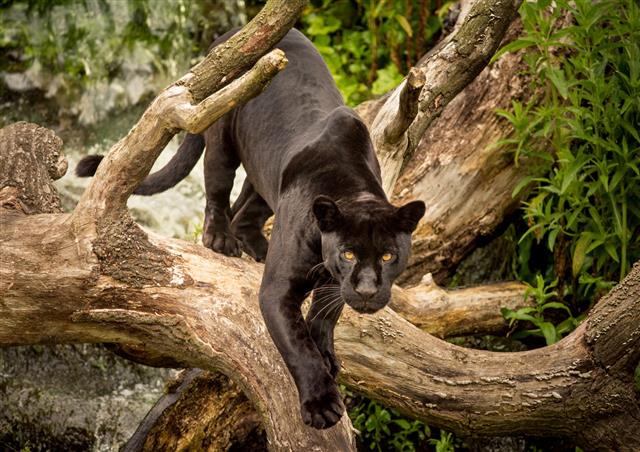 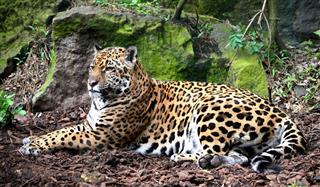 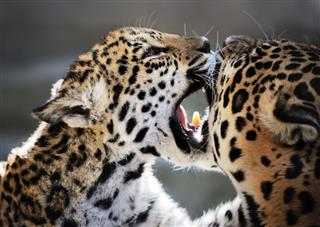 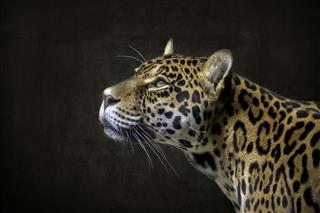 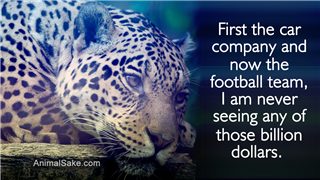