You are here: Home / Uncategorized / Jaw-dropping Facts About Japanese Beetles 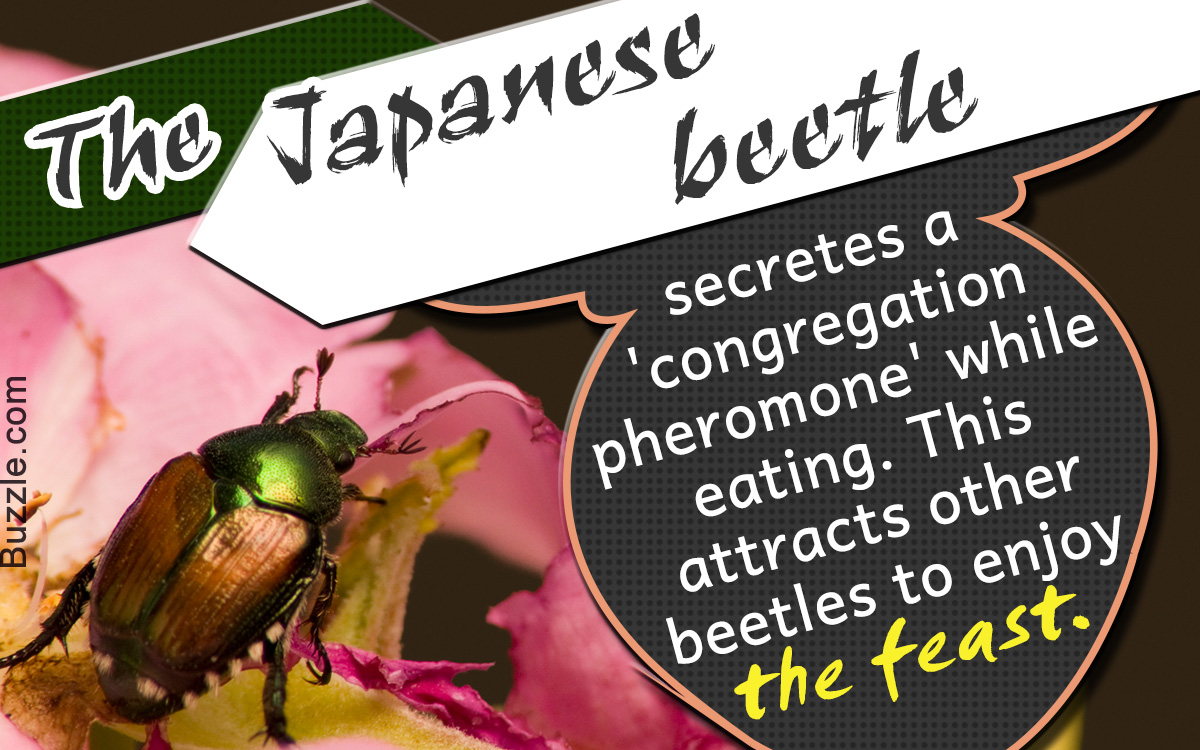 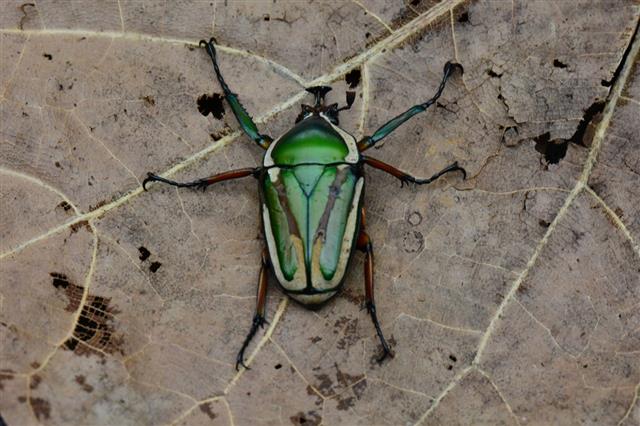 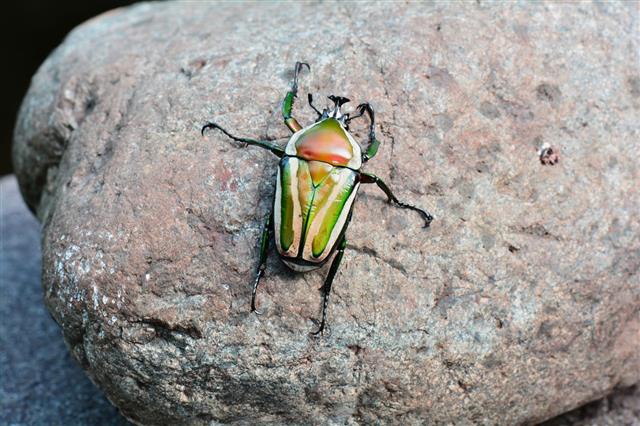 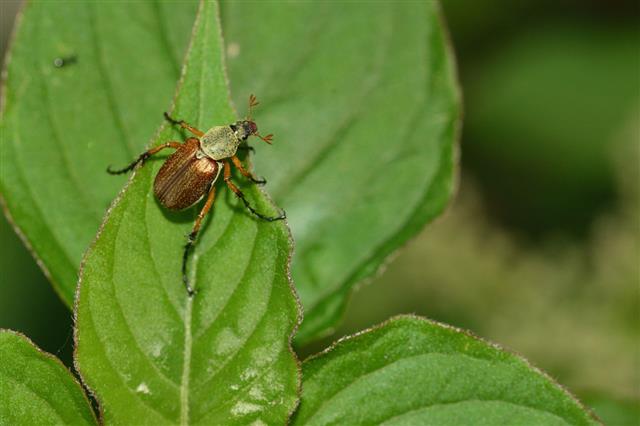 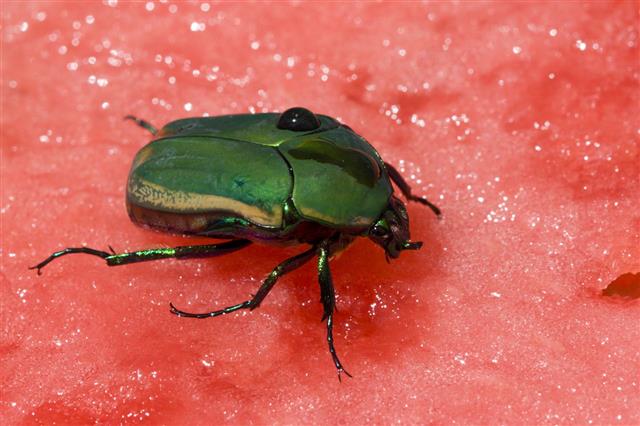 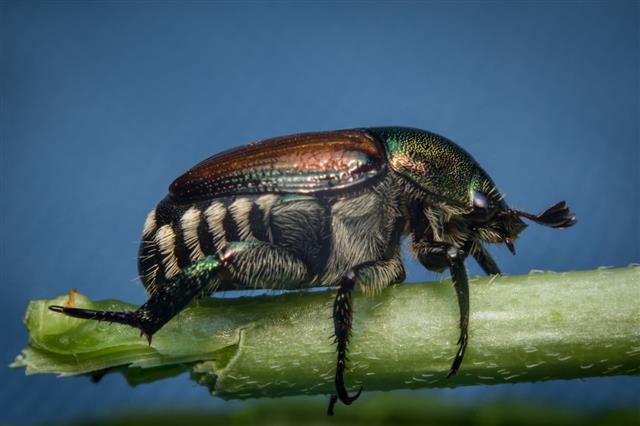 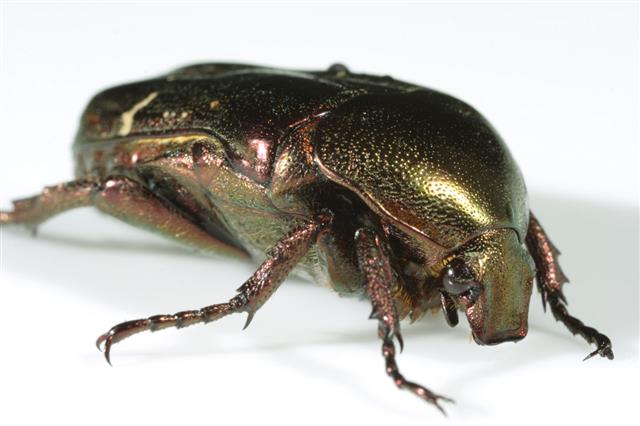 Japanese beetles (Popillia japonica) are 1/2 inch in size, with metallic green body. They have copper-colored wings and white hair tufts under the wing covers on each side of the body, which is a differentiating feature. They are round, oval shaped insects with brownish-orange fore wings. About 1.3 cm long, these beetles have a ringed abdomen and antennae clubbed at the end. The false Japanese beetle, Bumble Flower Beetle, scarab beetles in the genus Anomala are mistaken as Japanese beetles.

Attractive looking Japanese beetles wipe out foliage in gardens, which is why they are a gardener’s enemy. They eat away leaf tissues, leaving only the veins of leaves behind. They chew entire flower petals and leaves and can strip a fruit tree of its leaves in flat 15 minutes. Grubs (baby beetles) feed on grass roots, which debilitates the ability of grass to draw enough water from the soil to survive the heat.

Japanese beetles enjoy warm weather and come out of the soil when the sun is out, for eating and mating. They are active from mid-June to mid-September; most active during the hottest part of the day. After mating, by late afternoon, the female burrows her way into the soil (2-4 inches) for laying her eggs. She lays 1-5 eggs every 2-3 days and has the capacity to lay about 60 eggs during her lifespan.

The eggs hatch in 2 weeks and the beetle grubs start chewing on grass roots. When the temperature drops in late September, the grubs burrow deeper in the soil and hibernate for the next 10 months. They emerge in late May and feed on the roots of turf grasses and vegetable seedlings. By mid-June, they pupate into adults and undergo a full swing feeding and mating activity for the next 4-6 weeks, after which they die off. The average lifespan of an adult Japanese beetle is only 30-45 days.

Native to Japan, these beetles were accidentally introduced to New Jersey (USA) in 1916, via imported iris bulbs. Eastern United States is infested by this pest, as the climate there proves to be suitable for its growth. They devour lawns, gardens and golf courses here. Ironically, Japanese beetles are not such a problem in Japan, where natural predators (parasitic wasps), cooler temperatures and absence of proper larval habitat curtails their numbers.

After the sun is up, shake the trees in garden and let the beetles fall in a tub of soap water. Soap water will drown and kill these beetles. Repeat it again in the afternoon. Capable of flying about 8 km with the wind, however, most of the time they fly short distances. So, remember to wear headgear as they can fly in to your face.

One trap uses female beetle pheromones to attract the beetles, while the other uses luring aroma of food to trap the beetles. Place them away from the plants. However, you need to keep an eye on these traps because at times these traps lure more beetles than their killing capacity. 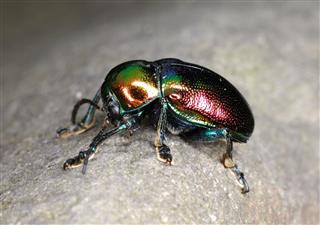 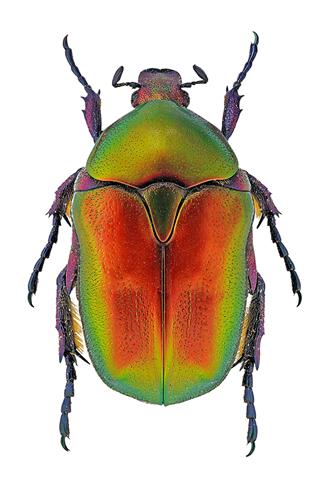