Largest Crocodile Ever Recorded: You’ll Be Shocked to Know its Size!

It is believed that the largest crocodile ever recorded in the world was 7 m or 23 ft long! It was caught in India in 1926.

You are here: Home / Uncategorized / Largest Crocodile Ever Recorded: You’ll Be Shocked to Know its Size! 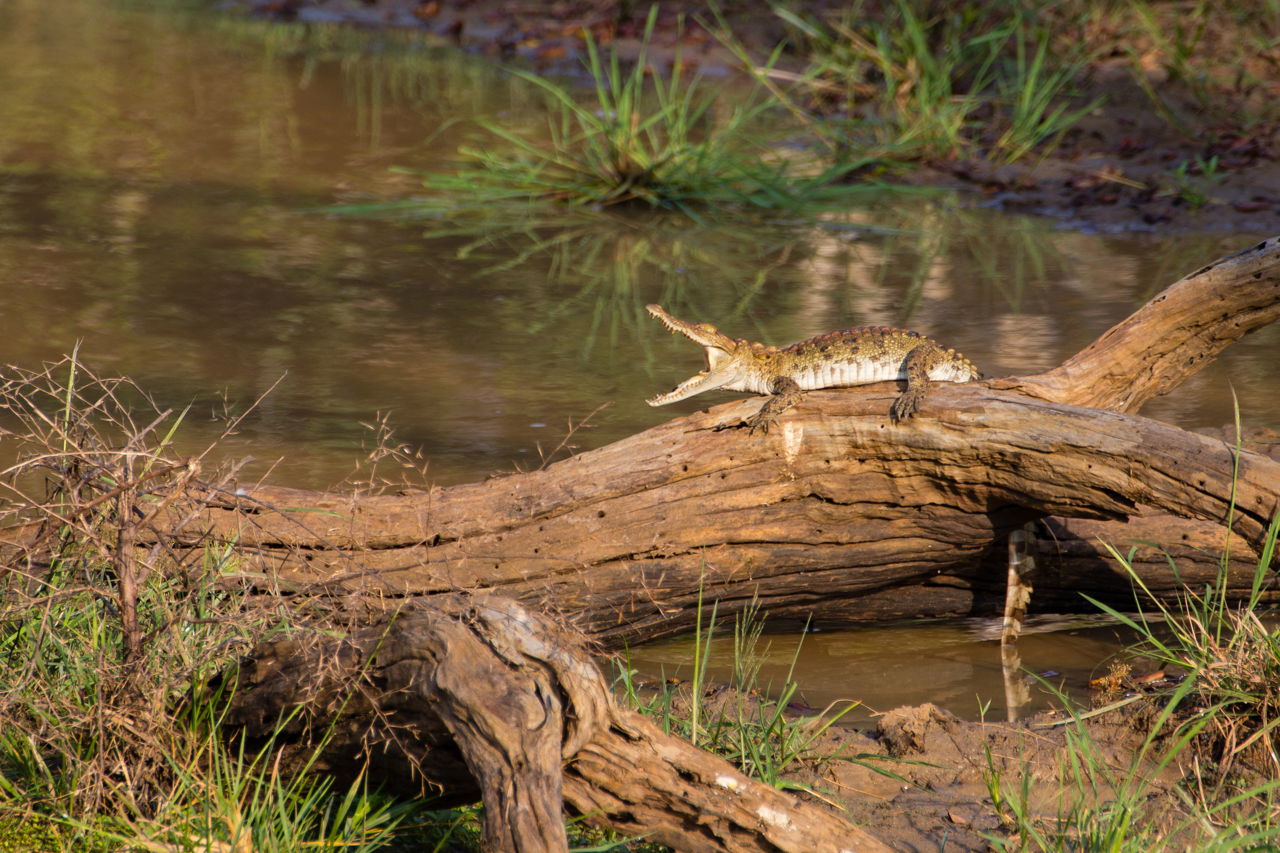 It is believed that the largest crocodile ever recorded in the world was 7 m or 23 ft long! It was caught in India in 1926.

Of the many mesmerizing attributes of these reptiles, the most amazing is their size and the diversity you get to see in this context. There are numerous species of crocodiles, ranging from the dwarf crocodile, which seldom grows beyond a length of 1.5 m (5 ft), to the saltwater crocodile, which attains a length of 4 – 5.5 m (13 – 18 ft) at full growth. The second largest species is the Nile crocodile with an average length of 4 – 5 m.

While 4 – 5.5 m is the average length for the saltwater species, sighting of individuals measuring 6 m are relatively common in the wild. Then again, you will come across several sources which claim that the largest specimen measured a whopping 7 m or 23 ft. But is it possible for such a huge crocodile to exist?

The Size of the Largest Crocodile Ever Recorded

There exist several claims which boast of crocodiles measuring 7 m and more, however, none of these claims have enough evidence to support them. Therefore, one can’t say for sure whether these allegedly large crocodiles were really as large as we are made to believe. Of the numerous claims, one claim in particular speaks about a crocodile measuring 10.1 m (33.1 ft) which was found dead in the Bay of Bengal in South Asia. However, lack of concrete evidence reduces this claim to a mere exaggeration.

If you were fascinated by this crocodile measuring 7 m, you need to take a look at the size of some extinct crocodile species which inhabited the Earth in prehistoric times. If the fossil remains are to be believed, the largest crocodile to inhabit the planet was Rhamphosuchus, with a length of 18 m (60 ft). Similarly, there also existed other species which had an average length of 12 m (40 ft); most notable among these were the Deinosuchus, Sarcosuchus imperator, and the Purussaurus  species.

Even though there are no confirmed records of the same, many wildlife experts are of the opinion that the largest ever crocodile was 7 m (23 ft) long. It was found at the Bhitarkanika Mangroves, a mangrove wetland in India, in 1926. It is believed that this giant crocodile was shot by the then ruler of this region, who preserved its skull. The skull of a crocodile is believed to be one-ninth the size of its body, and the claim that the crocodile found at the Bhitarkanika Mangrove was 7 m long can be attributed to this very fact. Though the critics argue that going by the size of the skull recovered from the Kanika Royal Family, it could have been anywhere between 6.1 to 7 m in length and not necessarily 7 m, the Guinness Book of World Records has already accepted it as the largest specimen.

Based on Concrete Evidence

If claims backed by concrete evidence are taken into consideration, the distinction of being the biggest crocodile in the world is shared by the two crocodiles measuring 6.20 m (20 ft) each. While the first crocodile was shot by poachers on the banks of River Mary in northern Australia in 1974, the second was killed on the banks of River Fly in Papua New Guinea in 1983. Interestingly, only the skin of the Papua New Guinea crocodile was measured, and going by the fact that the skin tends to underestimate their actual length, it is assumed that this crocodile must have actually being 6.3-m long. Similarly, the distinction of being the biggest crocodile in captivity goes to Yai, the Estuarine-Siamese hybrid held at the Samutprakarn Crocodile Farm and Zoo in Thailand, which measures 6 m (19 ft 8 in) in length and weighs approximately 2,456 lb.

If the Guinness Book of World Records is to be believed, the largest crocodile based on the study of its skull is the Bhitarkanika crocodile found in Southeast Asia. However, if actual measurements are taken into consideration, the distinction goes to the two crocodiles which were found in Australia and Papua New Guinea. 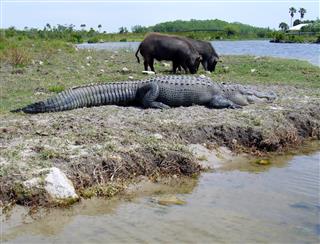 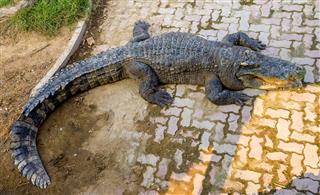 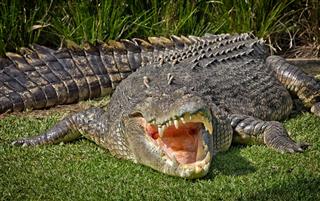