A Precise Explanation of the Life Cycle of a Grasshopper

The life cycle of grasshoppers encompasses three major stages - the eggs, the nymphs, and the adults. Read on to know more...

You are here: Home / Uncategorized / A Precise Explanation of the Life Cycle of a Grasshopper 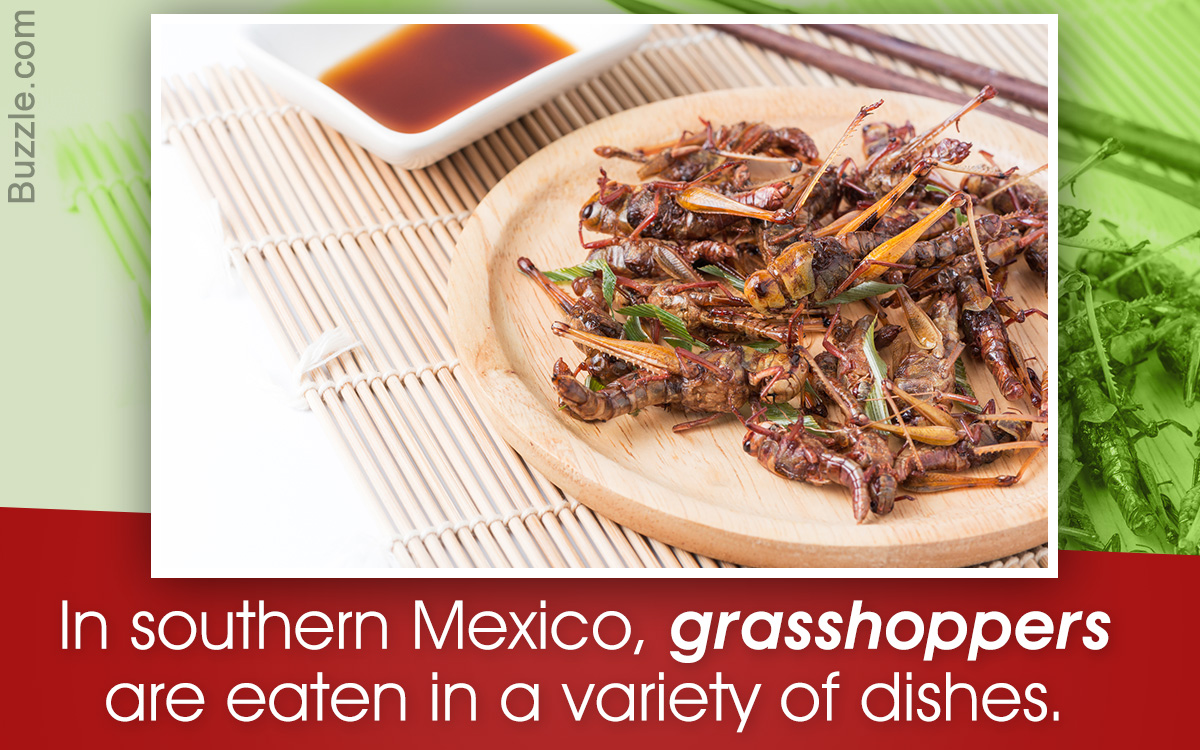 The life cycle of grasshoppers encompasses three major stages – the eggs, the nymphs, and the adults. Read on to know more… 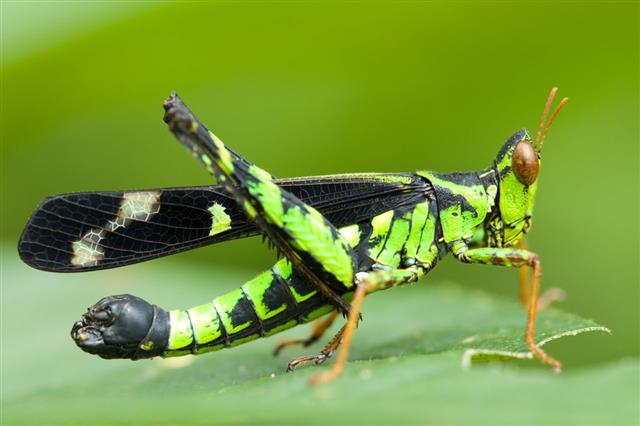 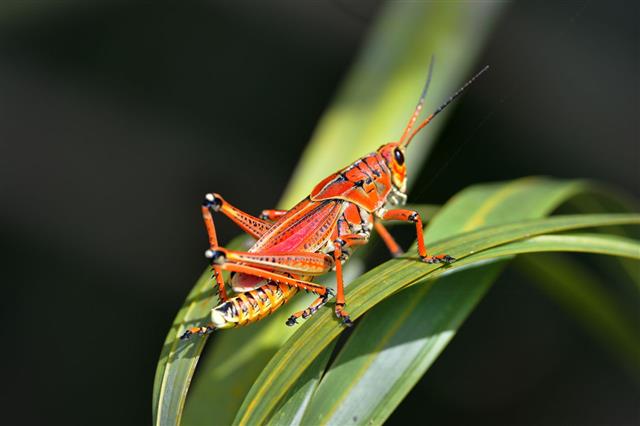 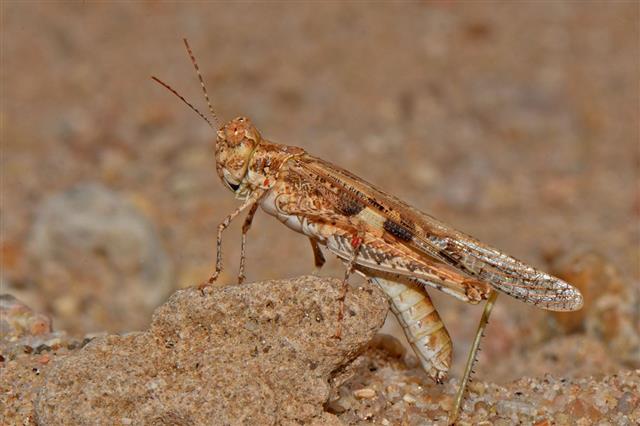 Grasshoppers, also known as short-horned grasshoppers, are insects, belonging to the order Orthoptera and suborder Caelifera. They are brown or green in color, with dark spots on their body. There are approximately 11,000 species of grasshoppers. All of them are herbivores and generally feed on plants. Some species of grasshoppers eat only grass. While these insects are seen abundantly in autumn, they are also spotted in spring and summer seasons.

Grasshoppers are flying insects that possess two pairs of wings, the fore and the hind wings. The fore wings are narrow and leathery, whereas the hind wings are larger and membranous. Other notable characters of grasshoppers include strong, big hind legs (used for jumping), and short antennae (20 – 24 segments, less than body length). Usually, female grasshoppers are larger in size than the males. Another feature of the females is the presence of two pairs of triangular structures (valves) at the end of the abdomen, which they use for digging the sand during egg laying. In case of male grasshoppers, there is a single unpaired plate.

As far as the economical importance of grasshoppers is concerned, they are considered as destructive pests by farmers. Infestation by these insects is influenced greatly by the prevailing climatic conditions. The population of grasshopper is expected to be highest in areas where the weather is cool in early spring succeeded by warm and dry condition in late spring. In addition, for uninterrupted growth of the young ones, the summer temperature should be high and there should be sufficient rainfall. On the contrary, hot spring season and low temperature in summer lead to population decline of grasshoppers.

In general, reproduction takes place in early summer. At the time of mating, the male grasshopper deposits the spermatophore that contains sperms, into the ovipositor of the female located at the abdomen. The ovipositor or egg placer (an organ used for laying of eggs) is relatively short but stronger as compared to other insects of the same group. As the sperms reach the eggs via the micropyle, fertilization of the eggs occurs. Following are the three successive stages of the grasshopper life cycle.

Egg: The life cycle of grasshoppers starts with the egg stage. By mid-summer, the female grasshopper lays the fertilized eggs either underneath the sand (about 1 – 2 inch depth) or among leaf litters. Immediately after depositing eggs with the help of ovipositor, a sticky substance is sprayed over them which hardens to form egg pods. There are usually more than ten egg pods, each of which contains about 10 – 300 rice shaped eggs. The eggs remain dormant in autumn and winter, i.e., for almost ten months. By spring or early summer when the temperature is warm, the eggs hatch into nymphs.

Nymph: Immediately after hatching, the young nymphs (first instar nymphs) start feeding on soft and succulent plant foliage. Nymphs are miniature versions of adult grasshoppers, except that they are light in color and do not possess wings. Nymphs undergo 5 – 6 molts and change their form and structure, before becoming adults. The nymphal stage may last for a period of 5 – 10 days, based on the species and the weather condition, especially temperature and humidity. As the nymphs molt, their size increases and wing pads progressively develop on the thorax portion of the body.

Adult: After 25 – 30 days, the wings are developed completely and the nymphs mature into adults. Thus, by the time, an egg matures into an adult, the grasshopper is about eleven months old. The adults gain sexual maturity within 15 days, and survive for a span of about 30 days. As adults possess wings, they are more mobile than the nymphs, which benefit them in hunting food and protecting from the predators. However, it is observed that every stage of the grasshopper has some predators.

The life span of grasshoppers is about 12 months. Studies have found out that the survival rate of nymphs after hatching is about 50 percent, as chances are high that they may be eaten by natural enemies like birds, rodents, and lizards. This way, grasshoppers play a major role in the effective functioning of an ecosystem, by providing food for many predators in the food chain. A swarm, also known as locusts, might cause severe damages to the crops, affecting the crop yield. 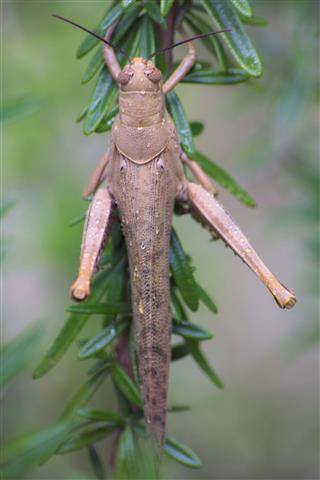 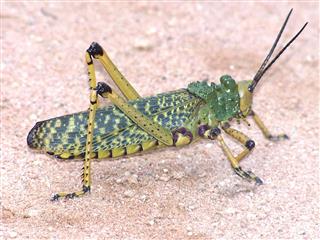 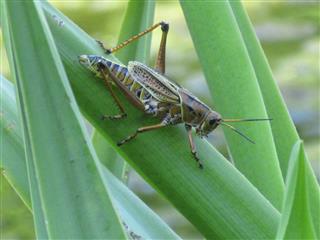 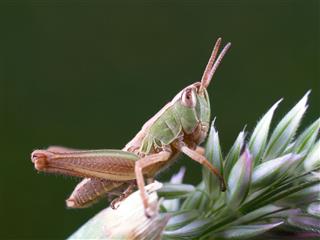 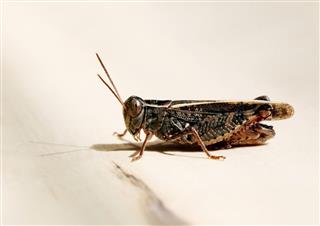