Antelope is the name given to a large group of hollow-horned mammals that ruminate. They largely inhabit the Asian and African regions. There is much diversity in the appearance of many of the African antelopes, as their size, built, and color are best suited to their ecological niche.

You are here: Home / Uncategorized / Types Of Antelope 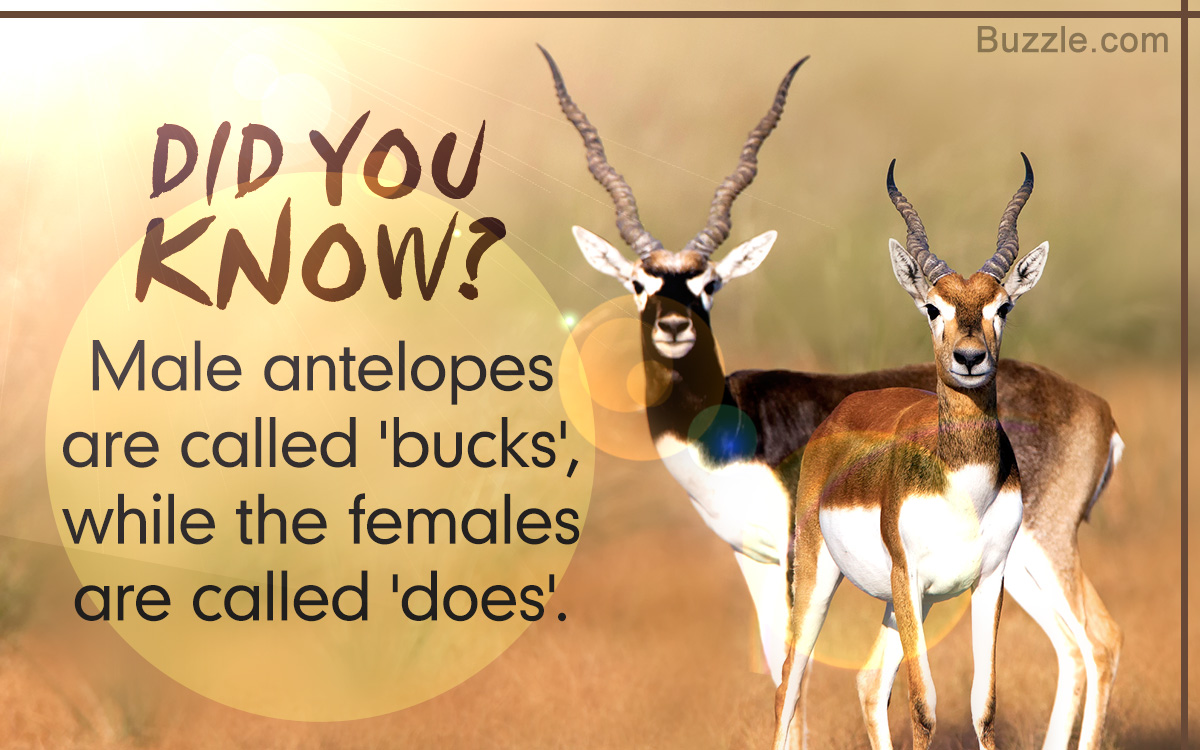 Antelope is the name given to a large group of hollow-horned mammals that ruminate. They largely inhabit the Asian and African regions. There is much diversity in the appearance of many of the African antelopes, as their size, built, and color are best suited to their ecological niche. 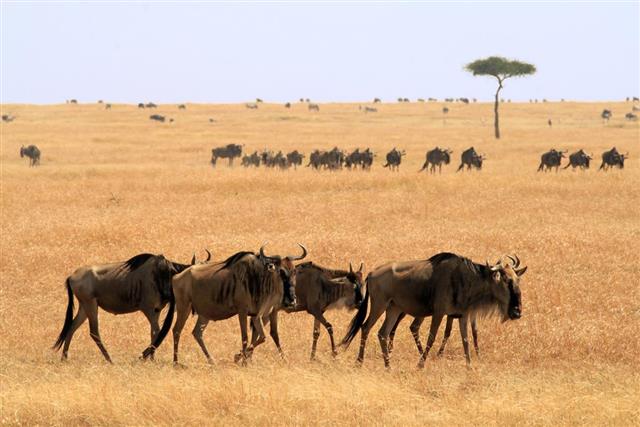 The word antelope conjures visions of a creature which epitomizes grace and agility. Never clumsy, when the springbok leaps, it glides through the air, landing and taking off in the same moment in time. The colors and patterns on the head of the gemsbok are completely captivating and the magnificent horns of the giant sable are a marvel of nature.

Africa houses approximately 71 species of antelope. Some of them are listed below. 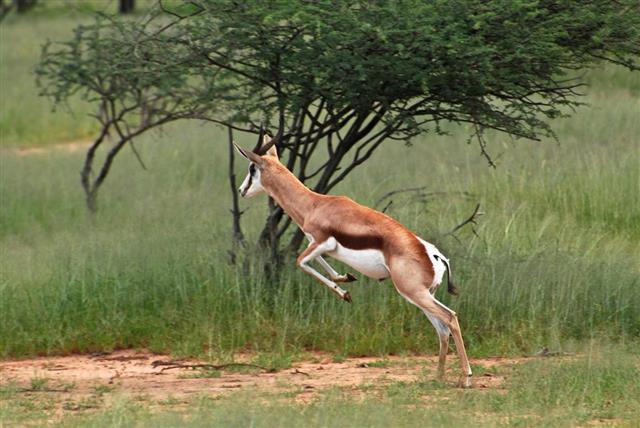 This beautiful gazelle is the national animal of South Africa. It is between 27 to 31 inches tall and can weigh anything between 60 to 105 lbs, depending on its gender. Not only is this animal beautifully structured, but the confluence of colors on its body, the way the sharp black side stripe is present where white meets tan, creates a striking effect. The springbok is popular for its characteristic high, stiff-legged leap called pronking. This is done by jumping repeatedly into the air with an arched back and lowered neck, while lifting the flap along its back. Once a dominant migrating species, they still roam the wild in large numbers, but are also common on farms and ranches. 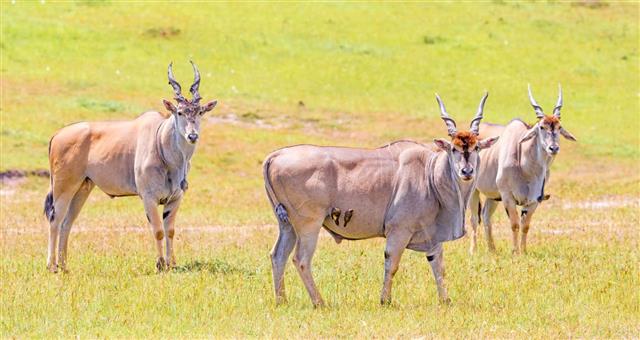 The largest of the lot, this ox-like antelope has two subspecies – Giant Eland and Common Eland. At the shoulder, the bulls of both species range from 59 to 71 inches tall and weigh nearly a ton! The common eland is tawny and may have white stripes on its torso. A distinctive feature is the presence of a dewlap (a fold of loose skin hanging from the neck), which grows larger in bulls. Its horns are straight with spirals. The Giant Eland has a reddish-brown color and vertical stripes. Its horns can grow up to 48 inches long. By temperament, it is shy and elusive. Unable to sustain a gallop for an extended period of time, it can trot for hours and is known to jump over fences that are 6 feet high. The Western Giant Eland is a highly-endangered species. 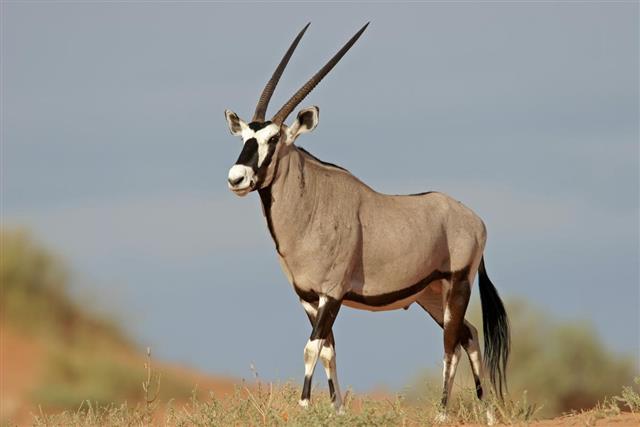 The Gemsbok is a strongly-built, sturdy antelope that has the likeness of a horse. Striking white and black markings on its face bear resemblance to the painted face of a tribal warrior, perfectly complemented by long, straight, spear-like horns. It has a fawn coat that often takes on a gray tint, and long, flowing tails. On an average, males weigh 500 lbs and females weigh 475 lbs. This grazing animal prefers to dwell in deserts, scrubland, and bushland. It is an expeditious runner and can outpace a horse or a pack of African Hunting Dogs. 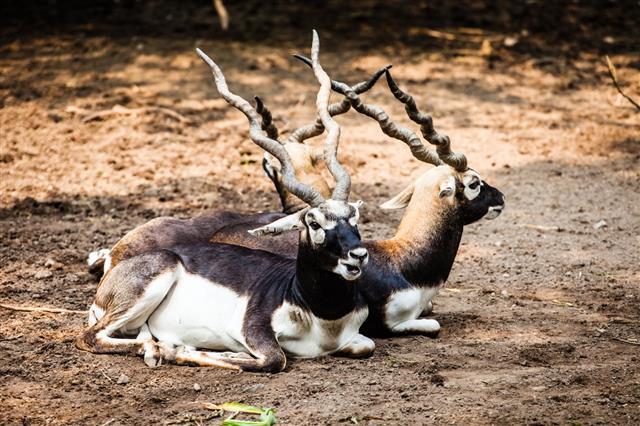 Contrary to its name, the Royal is the smallest antelope in the world, often sharing its proportions with a hare. It usually weights under 10 lbs and is about one foot tall at the shoulder. This endangered antelope inhabits regions where there is dense vegetation, and is shy and nocturnal by nature. Its hind limbs are tucked under its body and are longer than its forelimbs, like those of a rabbit. The similarity extends to its face, large eyes, and small, translucent ears. It has a narrow muzzle, long tongue, and a smooth, shiny coat. 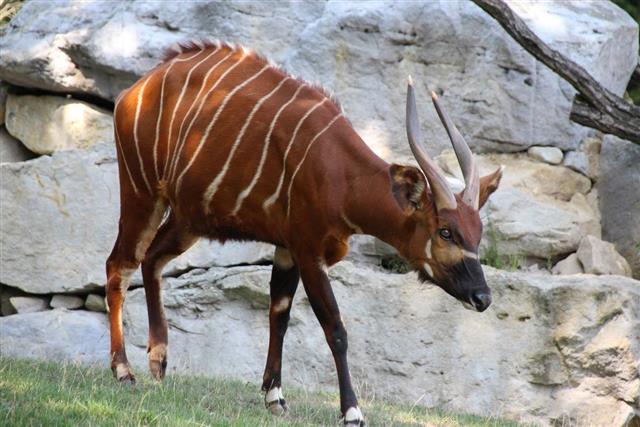 This inhabitant of South Africa is divided into two subspecies – the Western or Lowland Bongo and the rare Eastern or Mountain Bongo. The lowland Bongo is nocturnal and resides in dense jungles. Its coloring exemplifies the diverse appearance of African antelopes and the existence of incredible beauty within each. With a coat that looks like an artist’s creation, its reddish-brown color is broken by vivid, vertical yellow-and-white stripes, that provide a perfect camouflage. This large antelope is similar in proportion to the Eland. On an average, males weigh 660 pounds and females weigh 530 pounds. Both male and female Bongos have spiral horns that take the shape of a lyre and slope over the back. 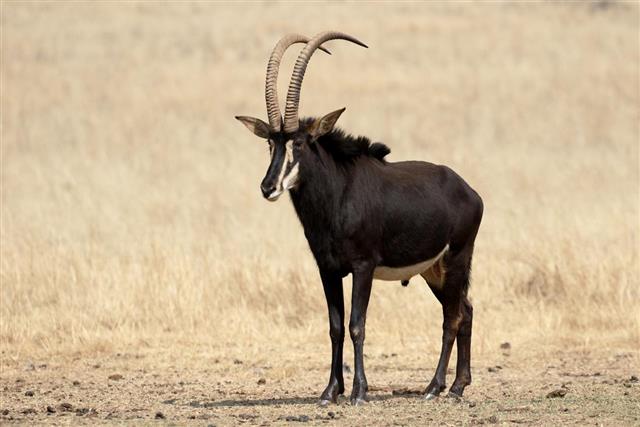 The Sable is a majestic African antelope. This large antelope, resembling both a horse and a goat, stands between 46 to 55 inches tall and weighs up to 517 pounds, males being larger than females. Its resplendent appearance makes it a prize catch among game hunters. The males have a shiny black coat while the females may be different shades of brown, depending on their age. This is in sharp contrast to the white on their underbelly, rump, neck, and face. Their crowning glory is their enormous horns that sweep back in a majestic arch, and may grow over a meter long in males! 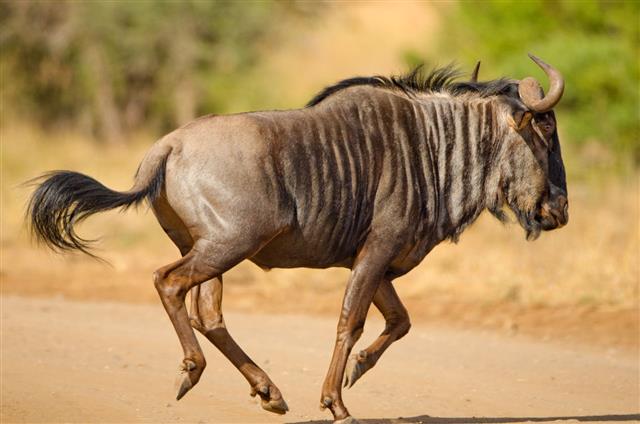 The wildebeest is famed for its annual migration, a journey which is often considered one of the world’s greatest wildlife odysseys. Large numbers of wildebeest (sometimes up to 1.5 million) make this journey, traveling 500 to 1000 miles every year in search of food and water. The front of the wildebeest is heavily structured, with high shoulders, sloping down to lower hindquarters and thin, spindly legs. Its neck is short, and it has a black mane and beard, and curved, cow-like horns. Five subspecies of the wildebeest are recognized.

The lives of the antelopes that dot the vast tracts of South Africa, are a story of adaptability and survival in the harshest of conditions. These creatures represent the diversity of African wildlife and the wonder of creation. The most exquisite garments cannot compete with these animals in their natural splendor. 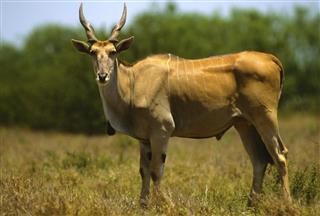 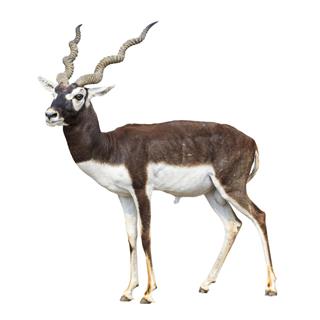 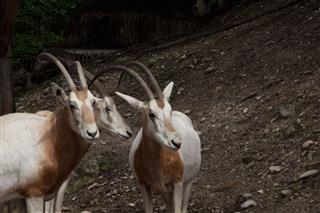 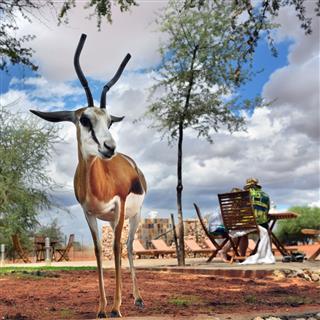 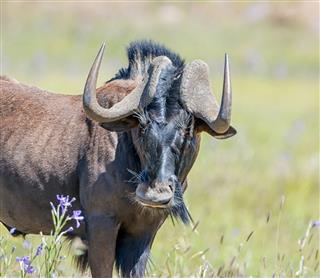