Broadly speaking, there are just two types of bats, megabats and microbats. However, between them, they account for more than 1,240 extant species of these flying mammals. In this article, we take a general overview of the different types of bats.

You are here: Home / Uncategorized / List of Different Types of Bats

Broadly speaking, there are just two types of bats, megabats and microbats. However, between them, they account for more than 1,240 extant species of these flying mammals. In this article, we take a general overview of the different types of bats.

The only mammals that can fly!

Unlike flying squirrels and flying snakes, which, despite their name, actually glide from one tree to another, bats are actually capable of powered flight.

That bats account for 20 percent of the world’s mammal population, shouldn’t really come as a surprise considering that there are 1,240-odd species of bats in the world. Neither should the fact that bats are found all over the world, except for the cold regions of the Arctic and Antarctic.

On one hand, we have species like the Kitti’s hog-nosed bat (Craseonycteris thonglongyai) and eastern small-footed myotis (Myotis leibii), which are small enough to fit on your palm. On the other, there are species like the large flying fox (Pteropus vampyrus) and giant golden-crowned flying fox (Acerodon jubatus), which boast of a wingspan that is well in excess of 4 ft.

Basically, the 1,240 extant species of bats are categorized into two groups: Megachiroptera suborder (megabats) and Microchiroptera suborder (microbats). Simply put, there are two types of bats: megabats and microbats. Despite their name, megabats are not necessarily large as a rule of thumb. Similarly, microbats are not always small. In essence, the names are not determined by their size, but are determined by their physical and behavioral traits.

Megabats are bats belonging to the Megachiroptera suborder of the order Chiroptera (i.e., the bat family). They are also known as fruit bats, as their diet primarily consists of fruits. The fruit-dominant diet is helpful as these bats cannot resort to echolocation* and thus, find it difficult to track insects. The lack of ability to use echolocation translates into smaller ears and the absence of tragus―the cartilaginous structure that helps in collecting sound waves.

Lack of echolocation is compensated for by better vision with larger eyes and a well-developed visual cortex, i.e., the part of the cerebral cortex which processes visual information. As for their size, it ranges between 6 – 40 cm depending on which species you take into consideration. At 6 cm, the smallest megabat, the common blossom bat (Syconycteris australis) is smaller than several microbats.

Microbats are species belonging to the Microchiroptera suborder of bats. Of the 18 extant families of bats, 17 belong to this type. These species are characterized by their ability to use echolocation, mostly to ‘see in the dark‘ while moving around or hunting, and at times, to communicate with each other. Thus, they are also known as echolocating bats. They generate sound waves using their larynx and emit them through their nose or mouth.

Unlike megabats, microbats have large ears and a tragus; both of which assist them when it comes to echolocation. Similarly, some species, such as the free-tailed bats and sheath-tailed bats, sport a tail; a trait which is entirely absent in megabats. The lack of underfur and the claw at the second finger of their forelimb are other physical traits which differentiate them from megabats.

*While the Egyptian fruit bat (Rousettus aegyptiacus) is the lone exception to this, it’s worth noting that it uses high-pitched tongue clicks to produce sound waves instead of resorting to its larynx.

Range: Found all over the Old World

As far as megabats are concerned, there is only one family to consider―the Pteropodidae family with 186 species spread across 44 genera. These bats are usually known as fruit bats or Old World fruit bats. Additionally, some species of fruit bats are also called flying foxes―species belonging to genus Pteropus  in particular. This family of bats has some of the most popular species to its credit, including the Jamaican fruit bat (Artibeus jamaicensis), golden-capped fruit bat (Acerodon jubatus), greater short-nosed fruit bat (Cynopterus sphinx), lesser short-nosed fruit bat (Cynopterus brachyotis), and the Egyptian fruit bat that we discussed above.

The Megadermatidae family of bats has 5 species belonging to 4 different genera, namely the Cardioderma, Lavia, Macroderma, and Megaderma, to its credit. The ghost bat (Macroderma gigas), endemic to Australia, is perhaps the most popular member of this family. A threatened species, it derives its name from its whitish pale gray ghost-like appearance. Other well-known species include the greater false vampire bat (Megaderma lyra), lesser false vampire bat (Megaderma spasma), and the heart-nosed bat (Cardioderma cor).

Range: Every continent except Antarctica

The Craseonycteridae family of bats is made up of its lone extant member, the Kitti’s hog-nosed bat (Craseonycteris thonglongyai). Also known as the bumblebee bat, it is the smallest bat in the world and, according to some sources, the world’s smallest mammal as well. It derives its name from its pig-like snout. Sadly, the species is enlisted as a vulnerable species in the International Union for Conservation of Nature’s (IUCN) Red List of Threatened Species.

Leaf-nosed bats or New World leaf-nosed bats to be precise, are members of the Phyllostomidae family. A highly diverse family of bats, it has 192 species spread across 56 genera to its credit. The most popular members of this family include the three notorious blood-thirsty species of vampire bats, the common vampire bat (Desmodus rotundus), white-winged vampire bat (Diaemus youngi) and the hairy-legged vampire bat (Diphylla ecaudata), as well as the spectral bat (Vampyrum spectrum), which boasts of being the largest carnivorous bat in the world.

Also known as ghost-faced bats or naked-backed bats, mustached bats are the 13 species which together form the Mormoopidae family. These 13 species are classified into 2 genera: genus Mormoopsand  genus Pteronotus, with the latter classified into two subgenera: Phyllodia and Pteronotus. The Parnell’s mustached bat (Pteronotus parnellii), Antillean ghost-faced bat (Mormoops blainvillii), Davy’s naked-backed bat (Pteronotus davyi), etc., are the most popular species of this family.

A unique family of bats, the Mystacinidae family comprises 2 species―the critically endangered New Zealand greater short-tailed bat (Mystacina robusta) and the New Zealand lesser short-tailed bat (Mystacina tuberculata). These bats are unique because unlike other bats, they spend more time on the ground than flying. Therefore, their claws are armed with additional projections to help them dig the ground.

Range: All over the world

The Emballonuridae family of bats, commonly known as the sac-winged bats, has to its credit 51 species, spread across 13 genera. It boasts of some of the smallest species, some of which measure no more than 3.5 cm in length. The sac-shaped glands in their wings, from which they get their common name, are used to attract mates during the mating season. Most popular species include the greater sac-winged bat (Saccopteryx bilineata), Amazonian sac-winged bat (Saccopteryx gymnura), and ghost bats, i.e., species belonging to genus Diclidurus.

Range: Parts of Asia and Africa

Smokey bats are the two species of bats, namely Amorphochilus schnablii  and Furipterus horrens, belonging to the Furipteridae family. They are also called thumbless bats at times, as they enclose their thumbs in their wings, making it appear as if they don’t have thumbs at all. These bats are mostly seen in large groups with up to 300 individuals at times.

Range: All over the world

The Vespertilionidae family of bats is the largest and hands-down the most diverse, with over 300 species to its credit. These species are also known as common bats or evening bats; ‘vesper‘ meaning evening in Latin. The lack of well-developed nasal structures in these species is compensated for by enlarged ears to support echolocation. Then again, some of these bats are brilliant in the air. For instance, the species belonging to genus Nyctalus  are capable of hunting birds in flight. The considerably lengthy list of most popular vesper bats includes species like the chocolate wattled bat (Chalinolobus morio), serotine bat (Eptesicus serotinus), common pipistrelle (Pipistrellus pipistrellus), Peter’s trumpet-eared bat (Phoniscus jagorii), birdlike noctule (Nyctalus aviator), and so on.

So, the different species of bats found on the planet are classified into 18 families and grouped into 2 types on the basis of their physical and behavioral traits. Also worth noting, is the role they play in the ecosystem. For starters, they share a mutualistic relationship with plants, wherein plants provide them food and they, in turn, help plants with pollination. Besides that, bats also help in keeping a check on the insect population. A single brown bat can eat hundreds of mosquito-sized insects within an hour. And yet, they are killed incessantly for food, and even worse, due to the superstitious beliefs associated with them.

Together, these beliefs, their culling for food, and more recently, the White-nose Syndrome (WNS), have taken a toll on the population of bats. That says a lot about the presence of 26 species of bats as Critically Endangered and 51 as Endangered in the IUCN Red List. 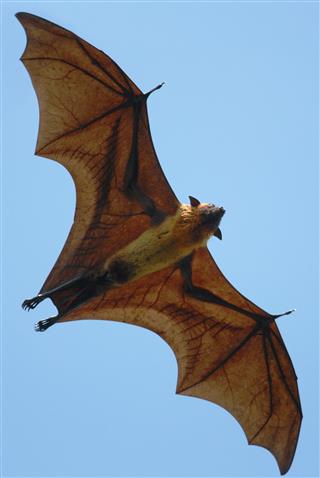 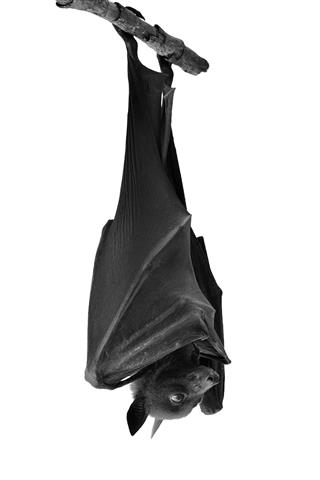 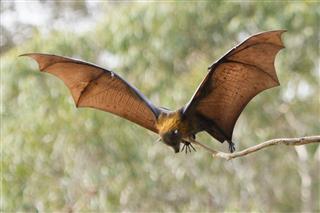 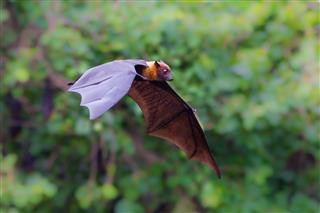 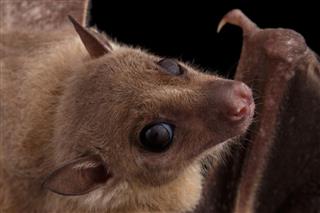 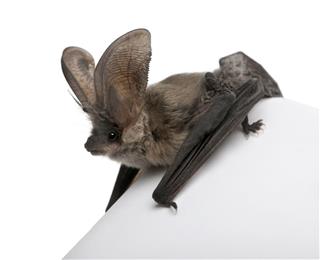 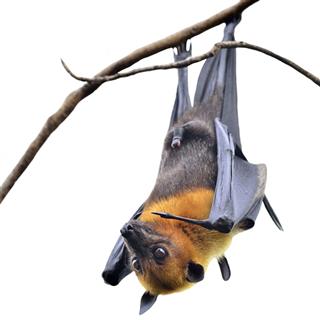 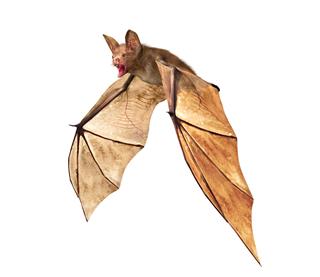 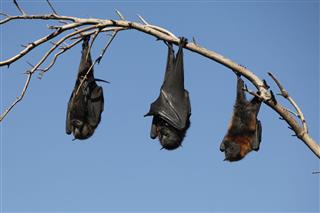 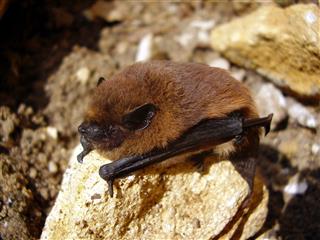 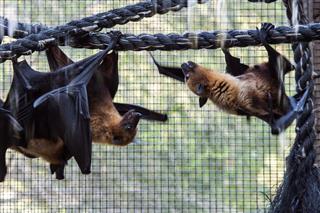 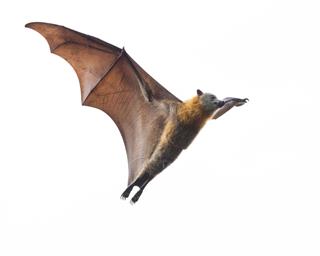 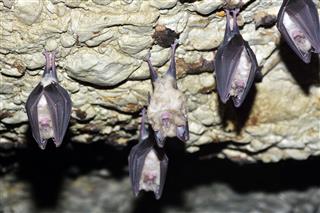 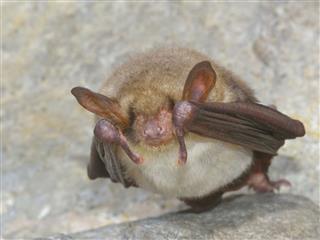 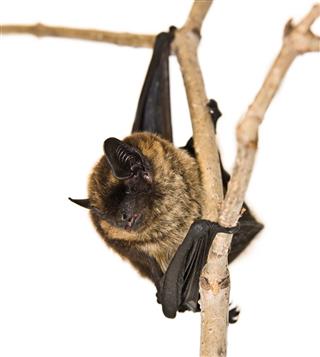