We Advice You to Stay Away: The Most Aggressive Sharks Around

Whether sharks are dangerous to humans or not is a long-debated question, but one can't deny the fact that they have the 'potential' to harm humans owing to their sheer size. So which are the top 10 most dangerous sharks in the world? Continue reading this AnimalSake article for the answer.

You are here: Home / Uncategorized / We Advice You to Stay Away: The Most Aggressive Sharks Around 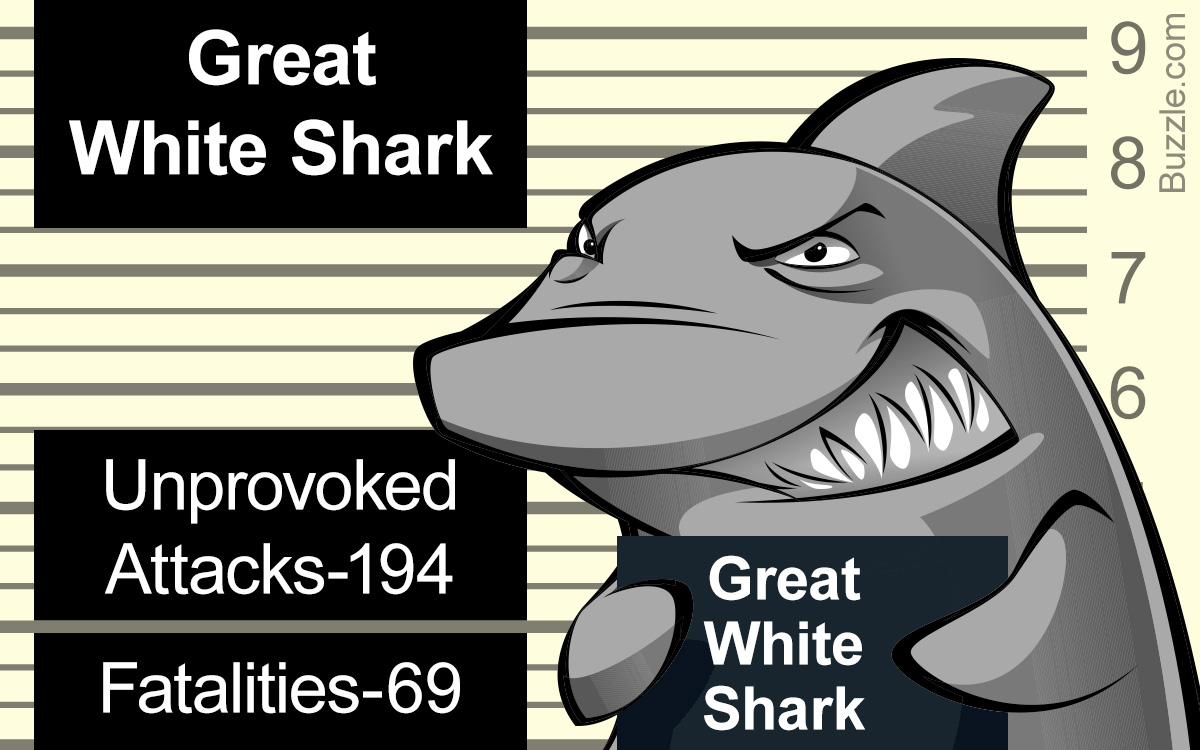 Whether sharks are dangerous to humans or not is a long-debated question, but one can’t deny the fact that they have the ‘potential’ to harm humans owing to their sheer size. So which are the top 10 most dangerous sharks in the world? Continue reading this AnimalSake article for the answer.

Of the 400 odd species of sharks that exist today, only around 20 species are large enough to pose any threat to humans. According to the data compiled by the International Shark Attack File (ISAF), 2,463 confirmed unprovoked shark attacks were recorded from all over the world between 1957 and 2011. (Of the 980 confirmed unprovoked attacks reported from the United States during the same period, 36 turned out to be fatal.) 118 attacks were reported in 2011 alone, and 17 of these (which amounts to 15% of the total attacks) were fatal.

While such shark attack statistics have earned the species a great deal of notoriety, one has to understand that most of these attacks are attributed to the fact that the large species of shark confuse humans for seals or some other prey; and therefore it is safe to assume that sharks are threat to humans owing to their size – and not because they are man-eaters or something.

It is inappropriate to tag a particular species as ‘aggressive’ without taking into consideration why that aggressive behavior is displayed. Sharks are no doubt a potential threat to us humans, but they themselves are far more threatened by us. Every year approximately 100 million sharks fall prey to commercial and recreational fishing.

Most Aggressive Sharks in the World

This shark inhabits both saltwater and freshwater around the world. Carcharhinus leucas or bull sharks are the most aggressive shark towards humans as they tend to swim in waters that are frequented by humans. The tropical shorelines from Brazil to Western Australia are their favorite swimming spots. As they can swim in the shallow, warm waters, shark attacks by this species is not something unheard of. These sharks too attack humans out of curiosity even though humans are not actually a part of their menu. According to researchers bull sharks are the most aggressive of all shark species followed by the great white shark and the tiger shark. They can grow up to 10.8 feet in length. Female bull sharks are larger than the males. They weigh about 700 pounds.

The great white shark or Carcharodon carcharias are the legendary predators who have created the shark-o-phobia in our minds. There are over 116 people who have been victims of great white shark attack. Of these, 67 people lost the battle of their lives to these great predators. These sharks are about 20 feet in length, and weigh (hold your breath) 5,000 pounds. This makes them one of the biggest sharks in the world. The great white shark is the largest predator on earth. They are curious hunters. Researchers have found that they generally don’t prey on humans, and take ‘sample bites’ of their human victims. This curious nature of these great hunters proves to be a fatal bite for humans.

Tiger shark or Galeocerdo cuvier is the only member of the Galeocerdo genus. They inhabit the tropical and temperate waters around Pacific islands. They have dark stripes on their bodies, that earns them the name tiger sharks. These sharks generally hunt at night, and will devour anything that comes in their way, even metal. They are known to have attacked humans, and many specimen are found to have human remains in their stomachs along with license plates, car tires, aluminum cans, and other trash. They are known as ‘man eaters’ and placed at the #3 position in this list. They can be 8 to 11 feet long, and can weigh 850 to 1400 pounds.

The oceanic whitetip shark or Carcharhinus longimanus is a large pelagic shark. It inhabits the tropical and warm temperate seas. It has a long body that is white-tipped. It has rounded fins. This slow-moving shark is quite violent towards humans. It goes into a feeding frenzy, especially if there are survivors from a ship wreck or air crash in waters. It will always be remembered that this shark was responsible for death of 600 to 800 sailors of the USS Indianapolis. The shark can grow up to a length of 10 to 13 feet, and weighs about 370 pounds. 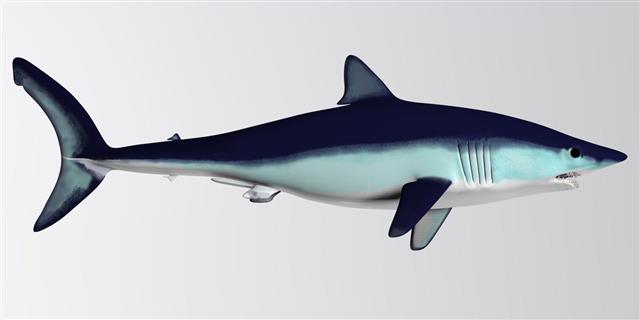 Shortfin Mako shark or Isurus oxyrinchus (the one with a sharp nose), has achieved the 5th place. This shark can swim at the speed of 46 mph and even jump 28 feet up in air! There have been 2 fatal attacks associated with the Mako shark. This shark reaches 9 to 13 feet in length, and can weigh a heavy 1,759 pounds

The gray reef shark or Carcharhinus amblyrhynchos is one of the fiercest predators in the ocean world. It has a nictating membrane that covers its eyes, when it is in attack mode. This membrane protects its eyes from getting hurt, and it can go ahead and bite anything and everything in its path. The gray reef shark can grow up to 8.4 feet in length and can weigh 74.3 pounds. There have been 8 reported attacks on humans by this shark, and none of them have been fatal.

The sand tiger sharks belong to the family Odontaspididae. It is one of the most aggressive shark species, and its aggressiveness begins right in the uterus. These sharks are ovoviviparous, that is, give birth to young, who develop from eggs within the female shark body. The females have two uteri that carry many eggs. Once the young shark develops in each uterus, it will feed on other weaker fetuses till only one young shark remains in each uterus. There are 64 reported human attacks by sand tiger sharks with 2 fatalities. They are about 10 feet in length, and weigh up to 350 pounds.

Blue Shark or Prionace glauca wins the slot #8 in the list of top 10 most aggressive sharks in the world. It has been reported to attack 32 humans, of which 3 attacks proved to be fatal. Blue sharks are somewhat explorers, and their quest for exploration proves to be a costly affair for humans. They are famous for their ‘exploring bites’ on small boats. Such bites prove deadly for most humans. The blue shark is about 12 feet in length, and weighs about 450 pounds.

Lemon sharks or Negaprion brevirostris are native to the subtropical and tropical regions of the Atlantic Coasts of North and South America. Lemon sharks are the most studied sharks, as they are able to survive in captivity. There have been reports of 22 lemon shark attacks since 1850. Luckily, none of these shark attacks was reported to be fatal. Lemon sharks can grow up to 12.6 feet long, and weigh well over 400 pounds. These reef sharks are extremely aggressive during mating seasons, and are easily provoked to attack.

The number of attacks attributed to a particular species will largely depend on their interaction with humans. While a particular species may be aggressive, it will seldom come in contact with humans, if it inhabits deep oceans. On the contrary, a relatively less aggressive species inhabiting shallow waters along the shoreline will have more attacks to its credit, as it is more likely to come in direct contact with humans.

While shark attacks on humans always make it to the headlines, the plight of this species is seldom given due attention. In such circumstances, it is difficult to say whether sharks are threat for humans, or humans are more of a threat for sharks.