Have you ever wondered how the animals in tundra survive the harsh conditions prevailing there? Going through the information on musk ox adaptations given below will help you get a better idea of the same.

You are here: Home / Uncategorized / The Wild, Wild Arctic: Musk Ox Adaptations to Battle the Frost

Have you ever wondered how the animals in tundra survive the harsh conditions prevailing there? Going through the information on musk ox adaptations given below will help you get a better idea of the same. 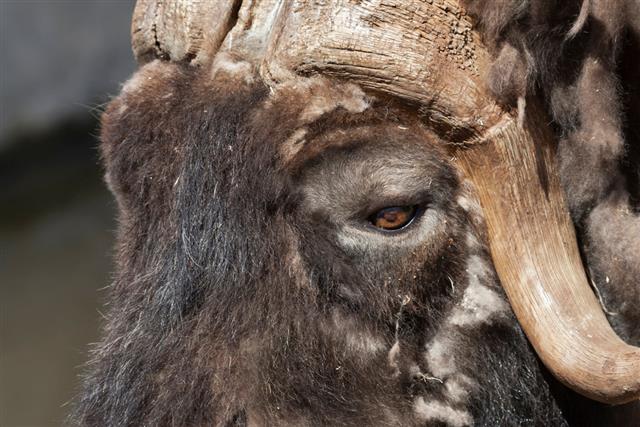 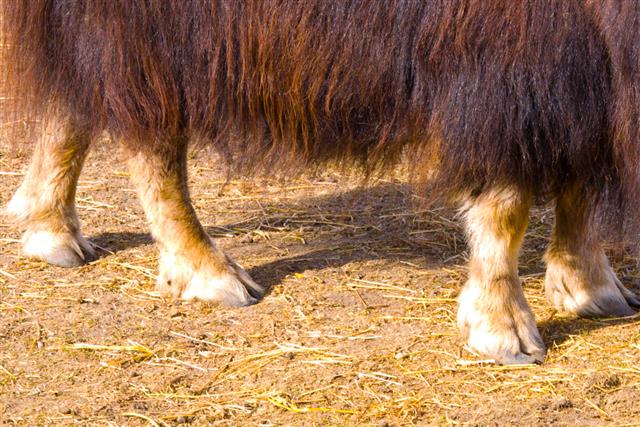 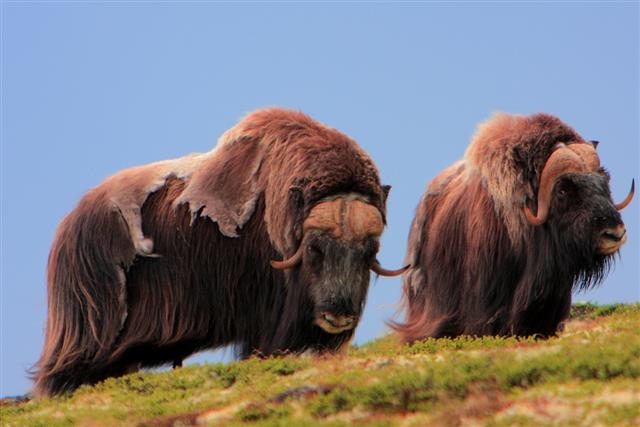 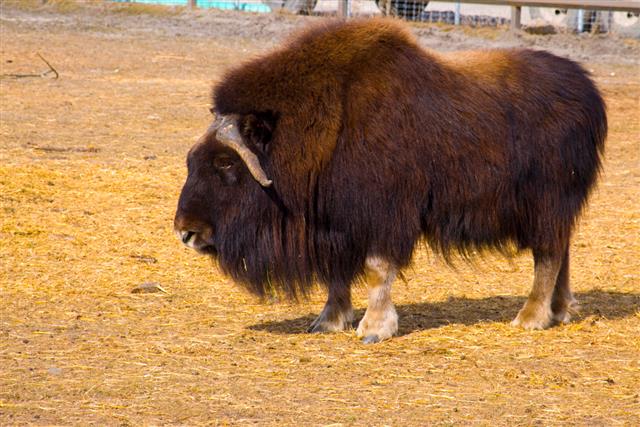 When it comes to Arctic tundra animals, their peculiar adaptations make them stand out in kingdom Animalia; and the musk ox (Ovibos moschatus) is no exception to this. The animal derives its common name – ‘musk ox’, from a strong smell that emanates from the glands located just below their eyes. This peculiar scent – which is used to attract females during the mating season, happens to be one of the characteristic trait of this species, while others include its warm coat, strong hooves, herd behavior, etc. Incidentally, all these characteristic traits of musk ox double up as its adaptations, and help the species survive the inhospitable conditions of tundra.

The natural habitat of the musk ox species spans the Arctic region i.e. Canada, Greenland, and the United States, to be precise; and hence is typically characterized by freezing temperature during the winter season. More importantly, frost, snow storms and rain are also quite common in this region, wherein the entire land – and vegetation, is covered by snow, in winter. So, how does the musk ox manage to survive here? Given below are the details about the adaptations in this species which will tell you how they succeed in surviving the inhospitable conditions of the tundra.

One of the most fascinating musk ox adaptations is the double layered coat which helps it survive the extremely cold conditions that prevail in its natural habitat. The top layer of its coat is made up of coarse, long hair, which keep snow off its body. On the other hand, the layer beneath – known as the qiviut (pronounced KIV-EE-UTE), is made of short, dense hair, which traps the warm air and facilitates insulation. The second layer – which is believed to be the warmest of animal coats in the world, is 8-10 times warmer than that of a sheep. The musk ox sheds its coat in spring, and grows a new one just in time for the winter season to set in.

Other Methods of Keeping Warm

The fact that the circulatory system of this animal is relatively further from the skin also helps it counter the drastic fall in temperature. At the same time, the animal also has the tendency to feed heavily and put on weight for the winter season, as a result of which a protective layer of fat is built within its body. Together, all these factors make sure that the animal doesn’t give in to cold conditions that exist here. Instead of migrating or hibernating like most of the Arctic tundra animals do, musk oxen stay active throughout the winter, but continue to eat throughout and make sure that they don’t waste energy. With this amount of protection, the musk ox can easily survive the harsh conditions that we humans won’t be able to stand.

The musk ox boasts of being the only hoofed animal to inhabit such high latitudes. The broad hooves that this animal sports facilitate even displacement of weight and help the musk ox walk on snow, without sinking in it. In fact, these hooves are so hard that the musk ox uses them to break the layer of ice over frozen lakes, and drink water from them. The animal also uses its sharp hooves to scrape through the snow to find food on the ground.

Reflection of light off the snow is a major issue when it comes to frozen regions of Arctic. As the eyes of a musk ox happen to be horizontal slits – and not round as in most of the animal species, it can counter the light reflection problem with utmost ease. In fact, musk ox boasts of amazing vision with the ability to see clearly in dark as well as extremely bright conditions.

Musk ox species is also known for the amazing defense skills which they utilize as a herd in case of attack from some predator. If the predator is lone, the herd forms a straight single line, and if the attack is from all sides – like in case of a pack of wolves, they form a circle, and take on the predators. The musk ox herd generally resort to wait and watch strategy, and if things don’t work the big bull charges at the predator and drives it away.

Even though a slight decline in the musk ox population has been recorded of late, the species is enlisted as a ‘Least Concern’ species by the International Union for Conservation of Nature (IUCN). While animal adaptations can help them survive the harsh conditions attributed to nature, they are still at the constant threat of being wiped off by humans. As far as the slight decline is concerned, it can be attributed to large-scale hunting of this animal for its fur coat which is in great demand. While the species is nowhere near the threat of extinction as of today, it won’t take much time – at the ongoing rate, to shift the species from the list of Least Concern to the list of Endangered first, and eventually to the list of Extinct Species.