The kingdom Animalia is one of the most intriguing, colorful and interesting of all kingdoms, with different species of animals. One such species are the poisonous frogs. In this article, let us study about these frogs, their habitat, food and living habits.

You are here: Home / Uncategorized / Small But Deadly – 4 of the Most Poisonous Frogs in the Wild 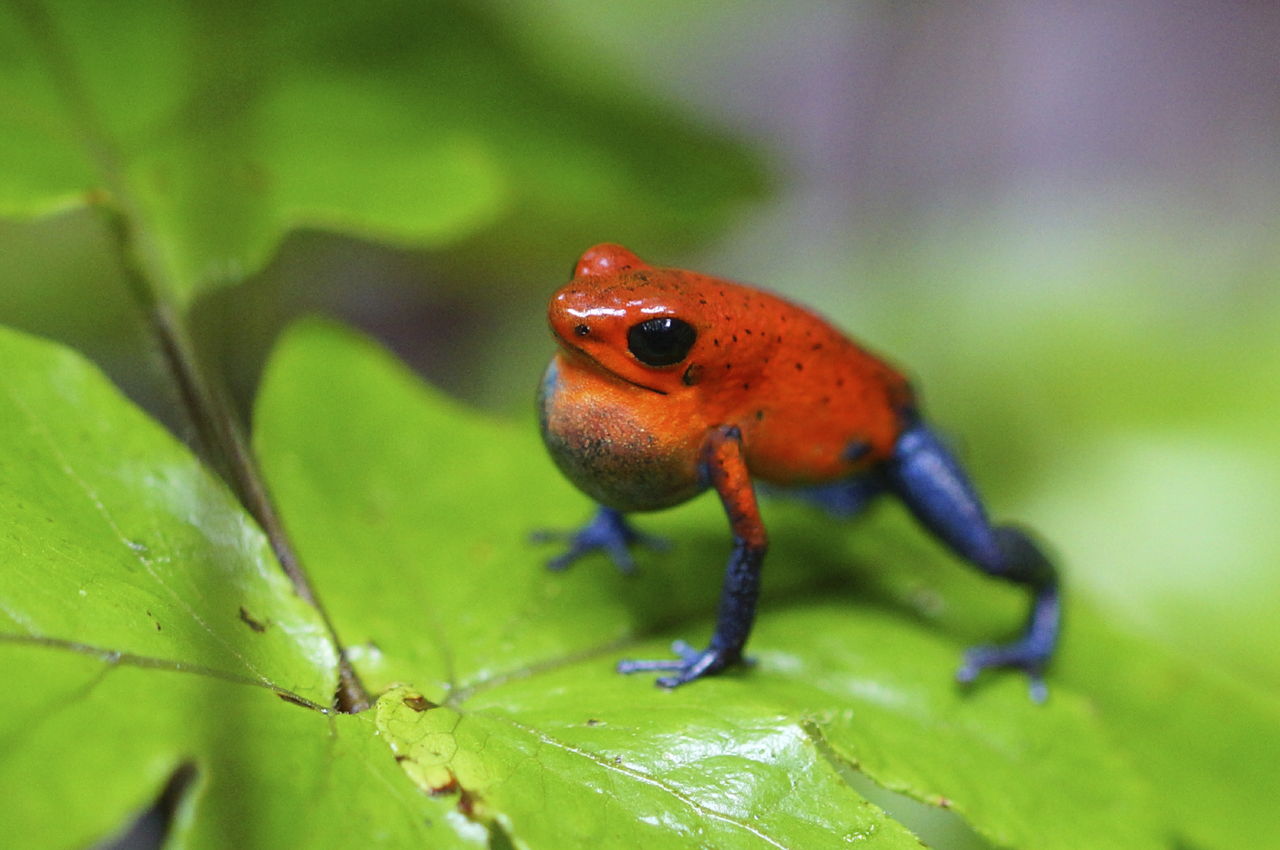 The kingdom Animalia is one of the most intriguing, colorful and interesting of all kingdoms, with different species of animals. One such species are the poisonous frogs. In this article, let us study about these frogs, their habitat, food and living habits.

One of the most fascinating creatures that can be found across the globe are frogs. Frogs are amphibians, animals that can survive on land as well as water, and belong to the taxonomic category Anura (meaning without tail, derived from Greek an, without and oura, tail) which has three suborders namely Archaeobatrachia, Mesobatrachia and Neobatrachia. This taxon consists of both toads and frogs. There are different types of frogs and toads that are found everywhere, be it in rainforests, swamps and even deserts. Frogs can be classified under two categories – poisonous and non-poisonous frogs. One of the species belonging to this category is the poison dart frog.

Poison dart frogs are brightly colored like blue, yellow, green, reddish brown etc. and have poison alkaloid glands in their skin, that can be highly venomous. These frogs are found in the rainforest of Central and South America (Latin America). They belong to the family Dendrobatidae and the most popular frogs among the species is the strawberry dart frog, whose biological name is Oophaga pumilio. Let us see more about these venomous amphibians.

Characteristics of a Poisonous Frog

Here is a detailed information on some of the venomous frogs and toads that are found in almost all the continents.

Poisonous frogs are amazing and beautiful creatures and they live in remote and inaccessible areas. As this species of frogs has dwindled, we need to protect this wonderful creation of nature from becoming extinct.