Adaptation is the key to survival, and adaptations of the polar bear, which help it survive the harsh environment of Arctic tundra, are undoubtedly the best when it comes to kingdom Animalia. Continue reading.... 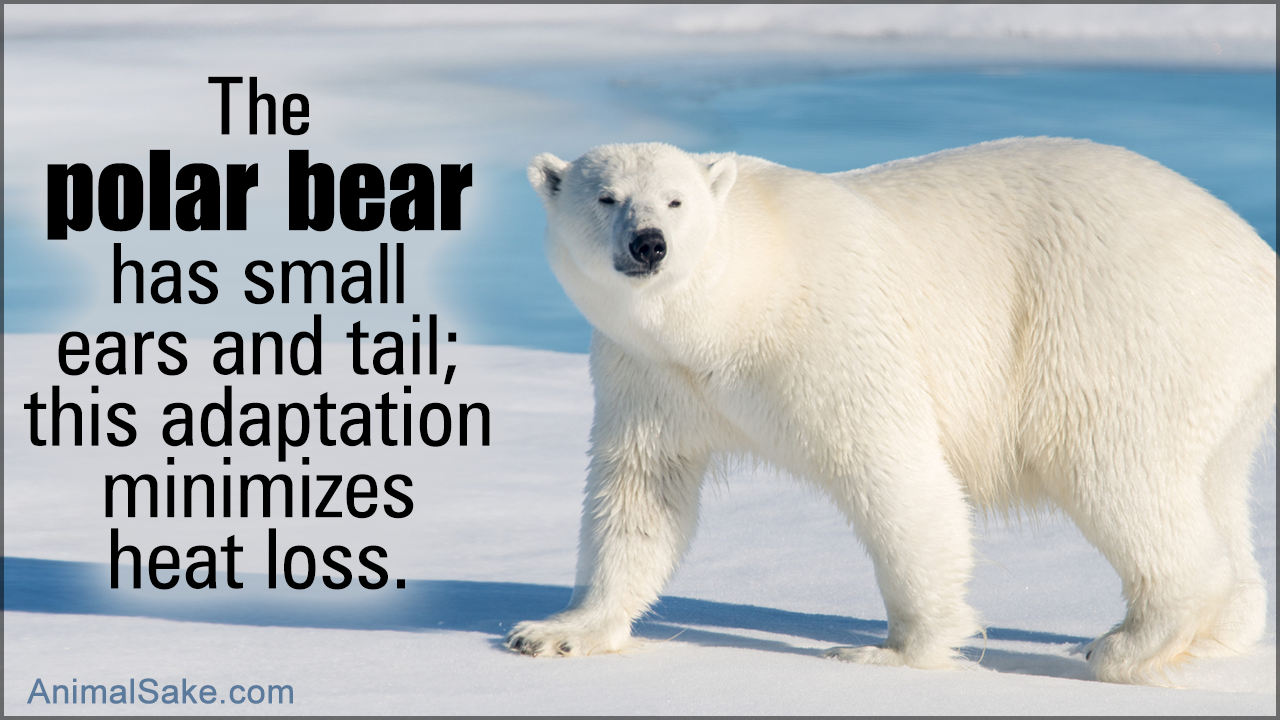 Adaptation is the key to survival, and adaptations of the polar bear, which help it survive the harsh environment of Arctic tundra, are undoubtedly the best when it comes to kingdom Animalia. Continue reading…. 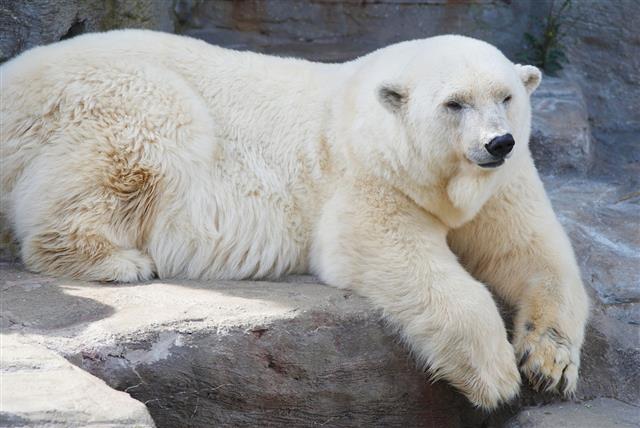 Arctic region is typically characterized by harsh conditions wherein human inhabitation is next to impossible. However, there do exist some animal species, like the polar bear, Arctic fox, snowshoe hair and collared lemming, which survive with immense ease. While quite a few animal species inhabit the freezing regions of Arctic tundra, none of them is as popular as the polar bear (Ursus maritimus). It is not just a representative of Arctic tundra animals, but is also a mascot of survival adaptations in kingdom Animalia.

Adaptations of the Polar Bear

If the polar bear is able to survive the harsh conditions of Arctic tundra, typically characterized by freezing temperatures, vast open stretches of snow clad land, open water which is again very freezing and scarcity of food, it is only because of the behavioral and physical adaptations that this species boast of. Given below are the details of all these adaptations which play a crucial role in helping it survive the challenges posed by nature in this region. 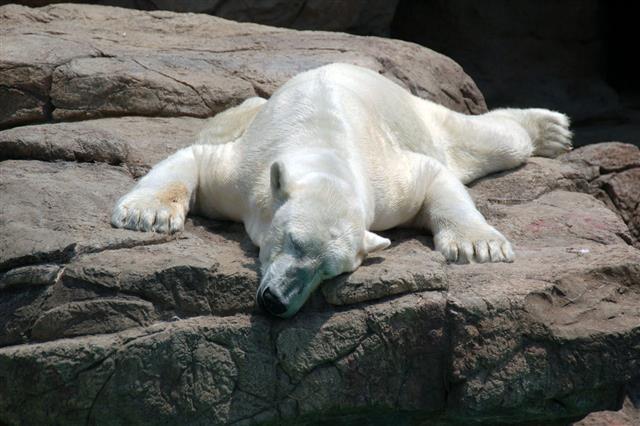 By far, the most prominent feature of polar bear appearance happens to be its characteristic white fur. Interestingly, this fur, which is actually transparent and not white, is one of the most amazing physical adaptation in this species, as it provides a natural camouflage for the animal in snow clad surroundings. While the color of this fur appears to be pure white in winter, summer molt tends to give it a light yellow hue. Beneath this light colored fur though, lies the skin of a polar bear which is black in color; and that helps the species absorb heat from the surroundings. 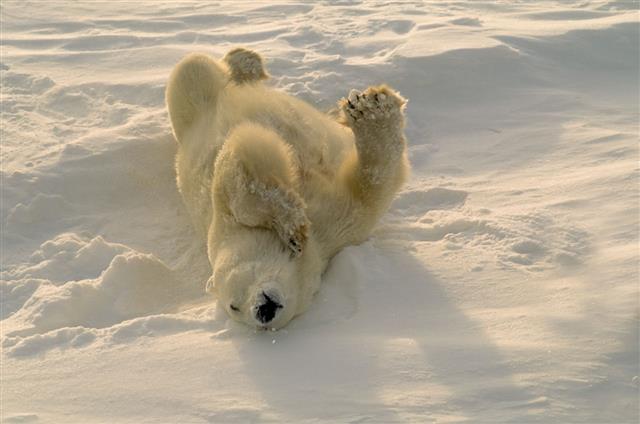 More importantly, the dense fur coat of this species is made up of thick, hollow fur which helps it survive the freezing cold climate – a characteristic trait of this region. Interestingly, the thick layer of fat in its body, which is known to be as thick as 4.3 inches, also helps this species survive the freezing conditions here. This thick layer of fat and specially designed fur coat are also helpful for the polar bears as they are known to spend considerable amount of time in freezing waters of the Arctic, and here again comes to its rescue.

A closer look at the anatomical features of this species, and you realize that the species has small ears and tail. This adaptation helps them minimize heat loss in winter. At times though, especially in summer, this thick fur coat can cause overheating problems for this species. In such circumstances, excess heat from their body is released from regions wherein fur is either absent or not very dense – such as nose, ears, muzzle, footpads, etc. Basically, the dense fur, thick layer of fat and other such polar bear adaptations for cold facilitate thermoregulation, and help the species maintain its body temperature at 98.6°F – even when the temperature in surroundings drops to -34°F.

The limbs of a polar bear are designed in such a manner that its weight is equally distributed on all four limbs. While the fact that they are quite broad makes sure that they don’t sink in the snow, the layer of hair on their soles provides the animal with much-needed traction when walking on ice. At the same time, the it also uses its paws – the front paws to be precise, for the purpose of swimming when it comes to hunting or movement from one ice berg to another. When they are swimming, their hind feet work as the rudders, while the front paws work as the paddle which helps them swim dog-paddle style.

Other than the aforementioned uses, these paws – along with their sharp claws, are used by polar bears for digging the snow and hunting. Other crucial physical adaptations include sharp jagged teeth – that help them tear through the flesh of seals which constitutes a major chunk of their diet and frozen dead animals, and nostrils which are specially adapted to close underwater – as a result of which they can stay submerged in freezing ocean water for as long as two minutes. 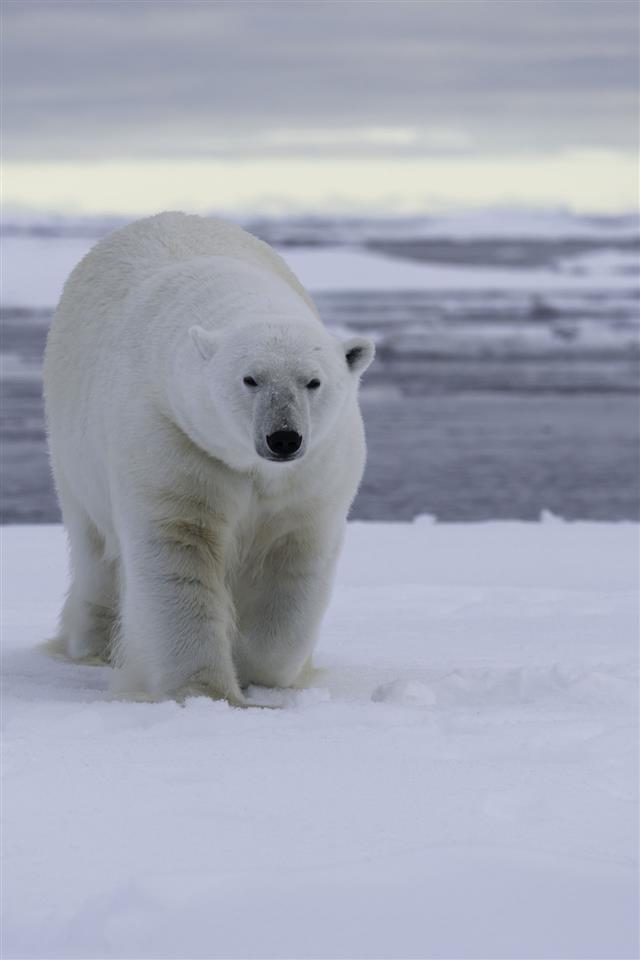 While these physical adaptations do come handy, there also exist some behavioral adaptations of this animal which helps it survive the harsh winter, and food scarcity associated with it. Even though the species is not a true hibernator, they do practice walking hibernation – wherein they lower their body temperature, heart rate and breathing rate, when there is a serious scarcity of food. The pregnant females though are known to enter a hibernation-like state wherein they don’t leave their den until the young ones are up on their legs. More recently, experts have witnessed an unusual practice of cannibalism is polar bears, which – according to them, can be attributed to increasing stress that these bears are subjected to.

Interestingly, their choice of food is yet another behavioral adaptation for this species. They are known to resort to a high fat diet which comes handy when it comes to survival in the harsh environment of their natural habitat. That explains why seals form a major chunk of their diet. Even the milk secreted by mammary glands in this species in high in fat content, and this helps the cubs develop layers of fat within their body to counter extreme cold. Polar bears are known to dig their dens several feet deep in the ground, as a result of which they are not just protected from strong winds blowing in this region, but are also kept warm. 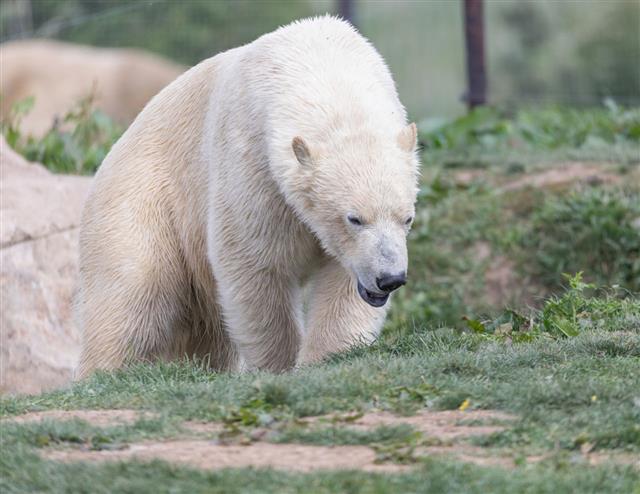 With an average length of 7.9-9.8 ft and weighing somewhere around 770-1500 lbs, the polar bear boasts of being the largest carnivore on the planet. Even though it doesn’t have any predators in the wild, the biggest threat for this species comes from human induced global warming which is causing the polar ice to melt at an alarming rate. There is no doubt about the fact that all these adaptations have played a crucial role in survival of polar bear species all this while, but loss of habitat is a serious issue and they may not be of much help for this species in this case. 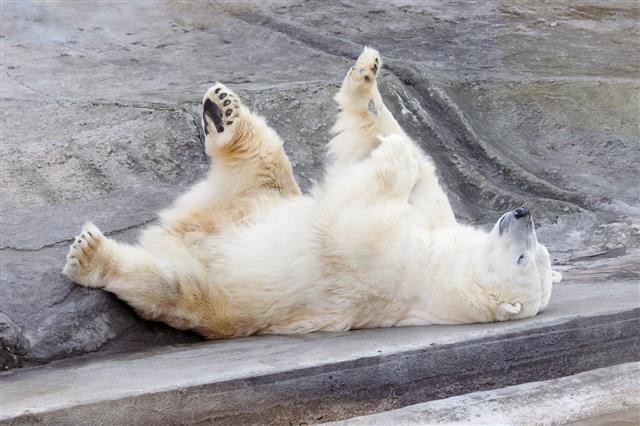 Many people argue that polar bears, and other species living in the polar regions, will eventually adapt themselves to the changing climate. What they fail to understand, is the fact that these adaptations which help these species survive today have come over a course of several thousands of years, and the rate at which climate change is occurring at present, it won’t even give this species the time to adapt to it.