Beluga Whale Adaptations for Almost Everything are Totally Awing!

Other than their peculiar appearance and vocalization skills, beluga whales are also quite popular for their survival adaptations. In fact, its adaptations are considered to be the best in the entire animal kingdom, and not just among the animals of the Arctic.

You are here: Home / Uncategorized / Beluga Whale Adaptations for Almost Everything are Totally Awing!

Other than their peculiar appearance and vocalization skills, beluga whales are also quite popular for their survival adaptations. In fact, its adaptations are considered to be the best in the entire animal kingdom, and not just among the animals of the Arctic. 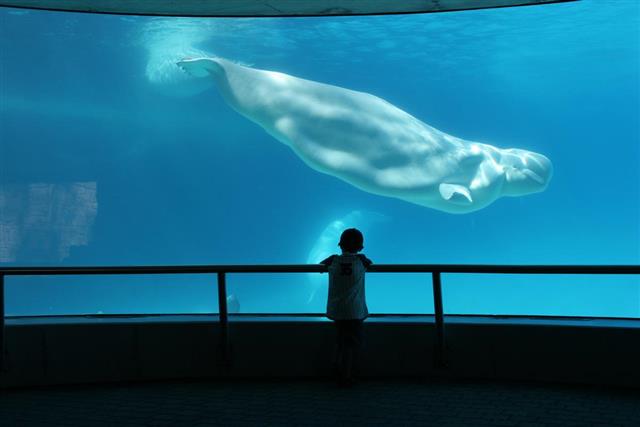 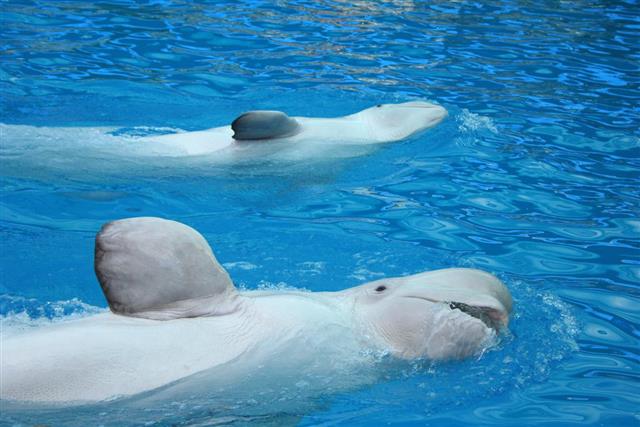 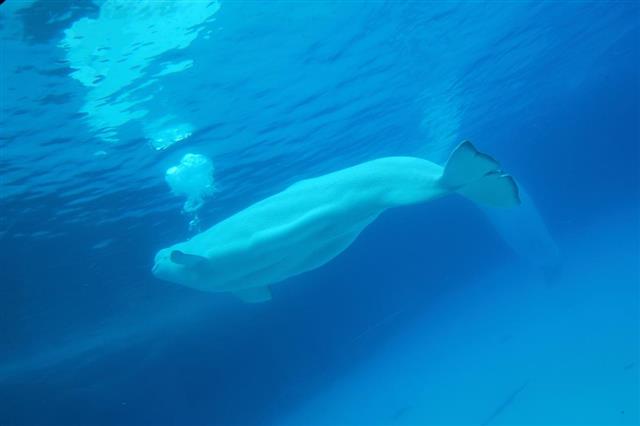 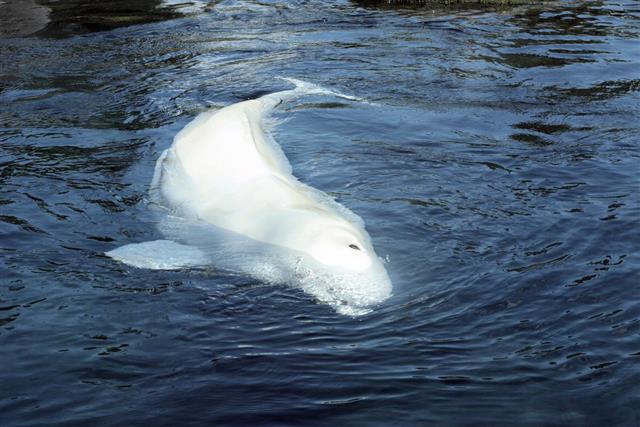 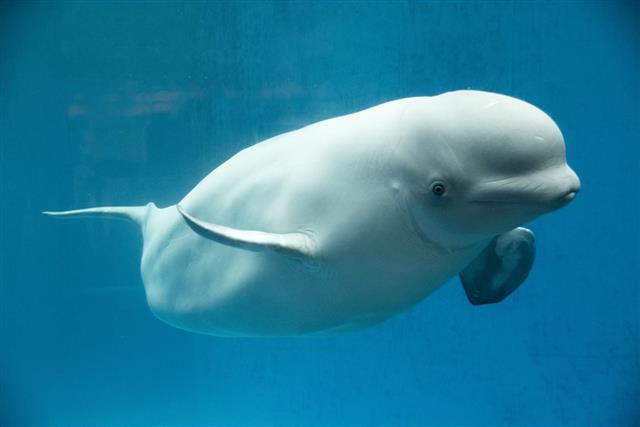 The beluga whale (Delphinapterus leucas) is a species of whale native to the Arctic and sub-Arctic regions of the world. The distinct white color and the high-pitched twitter, which happen to be the characteristic traits of this whale species, have earned it names like the ‘white whale’ and ‘sea canary’. Relatively smaller than other toothed whales, the beluga can grow on to attain a length of somewhere around 13 to 20 ft and weigh somewhere between 2,000 to 3,000 lbs. As the habitat of a beluga whale spans the freezing waters of the Arctic, it is totally dependent on its physical and behavioral adaptations for survival.

Adaptations of a Beluga Whale

With its average speed ranging between 1.9-5.6 mph, the beluga whale is a slow swimmer like most of the other whale species. However, this lack of speed is aptly substituted by some of the most amazing maneuvering skills that this species boast of. This may come as a surprise for many, but the beluga whale can swim backwards as efficiently as it swims forward. More importantly, it can even swim with ease in shallow water at depths wherein it barely fits. Discussed below are more of such amazing adaptations of this whale species which helps it survive the harsh conditions of the Arctic ocean.

Physical Adaptations of a Beluga Whale

The large oil-filled forehead – which happens to be yet another characteristic trait in beluga whales, is one of the most obvious adaptations you get to see in this species. Often referred to as a ‘melon’, this oil-filled forehead facilitates echolocation and helps the whale monitor its surroundings. Like dolphins, even beluga whales tend to produce sound waves which travel through the water, bounce against objects in its surroundings and return to its forehead. The time required for these sound waves to travel is calculated, and the location of that object is tracked. The absence of a dorsal fin is believed to be yet another crucial beluga whale adaptation as it minimizes heat loss and makes it easier for the species to swim through ice blocks. As the cervical vertebrate in this species is not fused, they can move their head in any direction – something which is not seen in most of the other whale species.

The modified nasal opening i.e. the blowhole, is a physical adaptation that helps beluga whales survive in the deep, freezing waters of the Arctic. The whale breathes in through this opening, holds its breath in water and then exhales just when it nears the surface by opening this blowhole. The ability of a beluga whale to hold its breath far exceeds that of humans, owing to which they can dive and stay underwater for as long as 15 minutes. Its ability to slow down its heart rate from 100 beats per minute to 15-20 beats per minute also plays a crucial role when it comes to deep sea diving. The species is seldom found at depths exceeding 20 meters, though rare occurrences of beluga whales being spotted at depths exceeding 100 meters have also been recorded. During the dive, the oxygen flow in its body is altered and diverted to those organs which require it the most. At the same time, the presence of the oxygen-binding protein myoglobin makes sure that issues like muscle oxygen deficiency are kept at bay.

Adaptations for the Cold

As with most of the other animal species found in the cold regions of the planet, even beluga whales store most of their body fat as a thick layer of blubber just beneath its skin. This blubber – which accounts for 40 percent of the total body weight of this marine mammal, saves it from the extreme cold in its native habitat. More importantly, it also doubles up as the energy reserve for this species which they use in times of emergency. As the arteries in this species are surrounded by veins, the heat which is passing through these arteries is transferred to the venous blood instead of being transferred to the environment which in turn helps the beluga whale use heat effectively.

While all these adaptations have helped the Beluga whale survive the harsh conditions prevailing in its natural habitat, they have not done much to help the animal from human onslaught. Large-scale hunting brought about a significant decline in the population of beluga whales, and almost pushed it to the verge of extinction towards the beginning of the 21st century – only to be saved by some conservation measures in the nick of time. Even though the beluga whale is enlisted as a ‘Nearly Threatened’ species by the International Union for Conservation of Nature (IUCN) as of today, its survival is totally dependent on conservation measures – and that is a matter of grave concern. 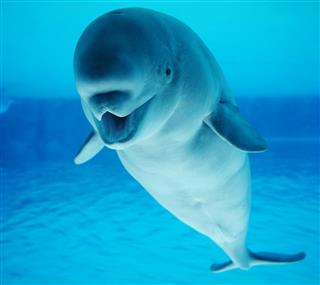 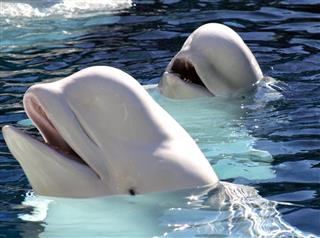