Interesting Facts About the Adaptation of a Bottlenose Dolphin

This AnimalSake write-up will help in evaluating how bottlenose dolphins have been able to survive in the depths of marine biome with a number of predators, including humans, constantly on the look for them. Continue to read for some interesting details about this water mammal.

You are here: Home / Uncategorized / Interesting Facts About the Adaptation of a Bottlenose Dolphin 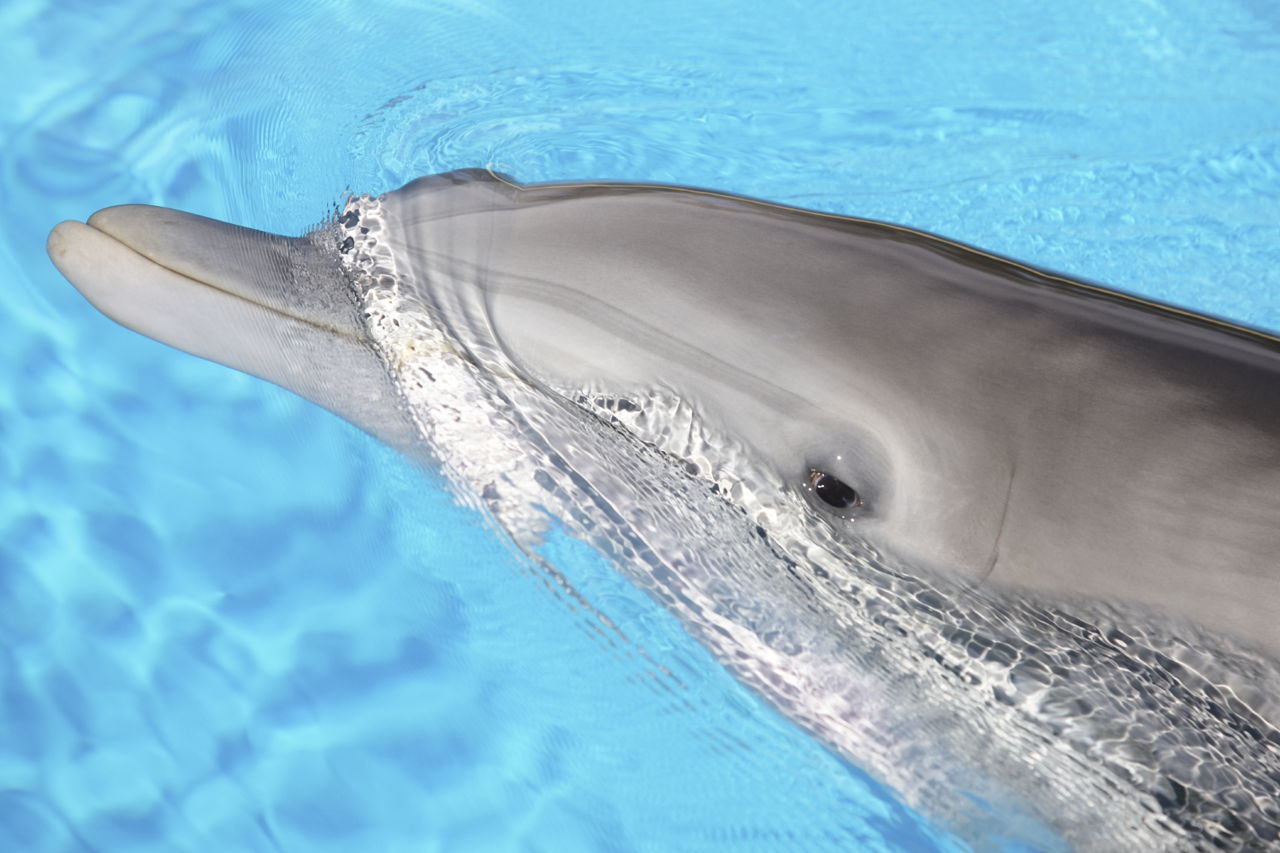 This AnimalSake write-up will help in evaluating how bottlenose dolphins have been able to survive in the depths of marine biome with a number of predators, including humans, constantly on the look for them. Continue to read for some interesting details about this water mammal.

Contrary to popular belief, dolphin is not a fish, but is a mammal. Like other mammals, they are warm blooded. They feed themselves on fish and crustaceans. Various physical features of these dolphins help them survive in the ocean environment. The behavioral features also have an important role to play in bottlenose dolphin adaptations.

The bottlenose dolphins have a spindle shaped body, due to which they are able to move quickly through water. As a matter of fact, in case of danger, they are known to be able to swim as fast as 20 miles per hour. Their sleek and streamlined bodies help them in being agile.

It is the skin color of these dolphins, which protects them in their habitat. They have gray to dark gray color on their backs which fades to white color on the underside (on lower jaws and bellies). This dual type of color enables them to camouflage themselves in the environment and protect from the predators. They can catch the prey easily. If one has to look at the dolphins from the surface of the water, then the gray color of the dolphin merges with the dark black surface. On the other hand, the lighter color merges with the bright sea surface, which again helps in keeping the dolphins safe from its predators.

The dolphins have to come out of water for breathing. They use the single blowhole to breathe. After they breathe, they go underwater. Once they are underwater they hold their breath. When they are about to come back to the surface, they slowly start to exhale. There is a flap which covers the blowhole and makes it watertight, which ensures water does not go in through the blowhole.

The dolphins are known to have a hypodermis, a layer of fat and fibrous connective tissue, under the layer of the dermis. It is this layer which gives them the shape they have, and helps in swimming efficiently. The extra calories are stored in this layer, which in turn help, when there is shortage of food. The hypodermis is also helpful in preventing heat loss from the body, which is necessary for thermoregulation. The thickness of this layer depends on the season of the year, and on the size and health of the dolphin.

Like all marine mammals, the bottlenose dolphins are also known to have a physiology, which helps them in adapting themselves well, while diving. When they are diving, the heart rate slows down, which helps in conserving oxygen. At the same time, the blood supply to the heart and brain is increased, and the supply is reduced to muscle tissues, which can stand low supply of oxygen. They have the protein molecules, that can store oxygen in the tissues.

Their elongated upper and lower jaw helps them in catching their prey. Also the bottlenose helps them in protecting themselves from sharks.

When they are looking for food, they are known to use the echolocation method. Using this method they make the sound, and listen to the echo, and catch their prey. They continue to make the sound, till they are in proximity to the prey, and hear the echo to get hold of the prey. They are known to live on squids, octopus, small fish, and small crabs. Although they use the echolocation method to catch their prey, they are known to have very good eyesight both above water as well as under water, which protects them from predators and enemies.

Like all mammals, these dolphins also give birth to live young ones. Normally a female dolphin gives birth to baby dolphins once every three years. The birth of the calves often coincides with the months of May through July, when the temperature reaches about 85 degrees Fahrenheit. You will be surprised to know that other than the mother dolphin, there is another dolphin, which helps in taking care of the dolphin. It can either be a male or a female dolphin, and is the only other dolphin allowed near the young calf. The young ones are often seen closer to their mothers. Another interesting trait of these dolphins is that they never lose touch with their mothers, as they come visit them at regular intervals, after separating from their mothers.

Although nature has aided dolphin adaptations, their population is dwindling due to their predators, especially humans. Along with humans, the climatic changes along with pollution are taking their toll, and the adaptations of these species cannot be helpful for long. Therefore, measures will have to be taken to protect these water mammals.