Being reclusive in nature, wolverine is one of the least studied animals on the planet; and that explains why people are not aware of its physical and behavioral adaptations for survival. Continue reading... 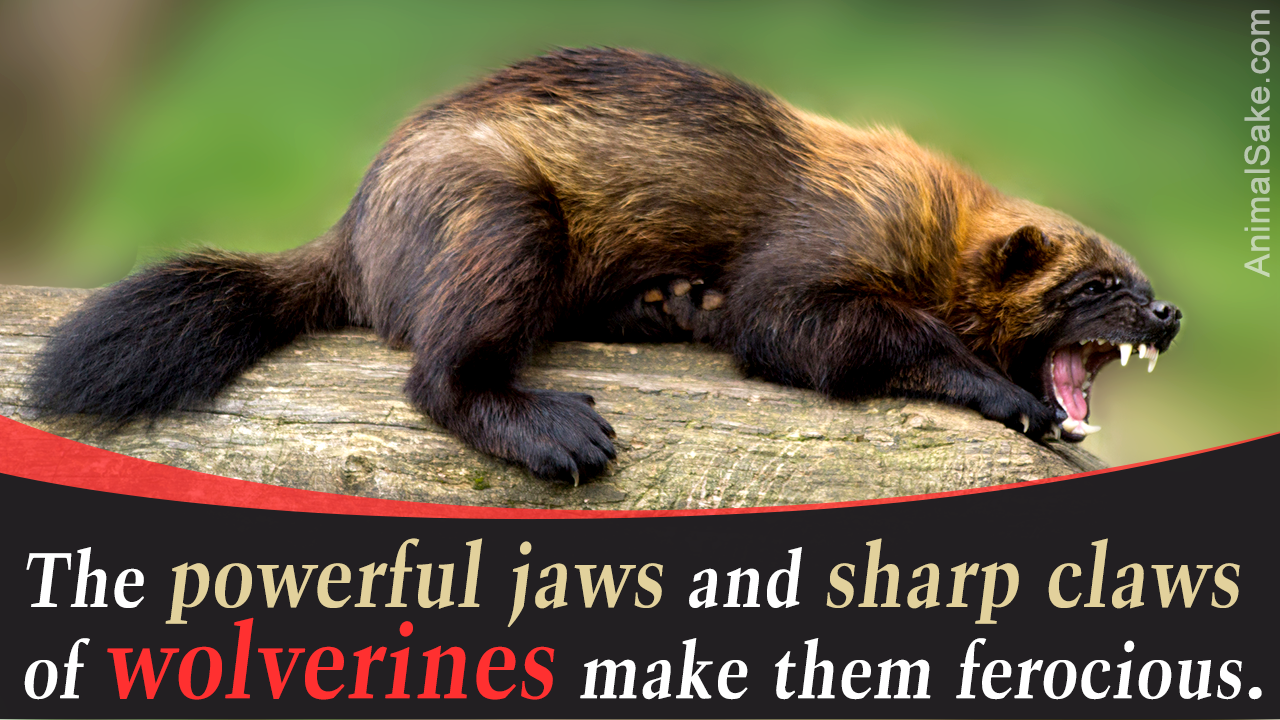 Being reclusive in nature, wolverine is one of the least studied animals on the planet; and that explains why people are not aware of its physical and behavioral adaptations for survival. Continue reading…

With an approximate length of 25-34 inches (excluding the tail which is roughly around 7-10 inches in length) and an average weight 40 of lbs, an adult wolverine is far from ferocious. But looks can be deceiving, and that’s what the wolverine animal is all about. It may come as a surprise to many, but the wolverine is considered to be one of the most ferocious animals on the Earth. As unbelievable as it may sound, this is absolutely true; and this notoriety of the species can be attributed to its ability to take on species much larger than itself – when it comes to food scarcity or to defend its young ones against predators.

The wolverine (Gulo gulo) is a member of the family Mustelidae i.e., the family of weasels. In fact, it is the largest of the land-dwelling members of this family, and is typically characterized by its resemblance to a bear. While its appearance makes people think it is closely related to bears, the common name wolverine makes them think it is a relative of the wolves. However, wolverines and wolves are not at all related to each other.

It is also known as glutton, skunk bear, quickhatch, etc. Its natural habitat spans across the northern boreal forests of North America and Eurasia. How can a species which is so small survive in this region wherein wolves, snow leopards and bears are quite common? Unbelievable as it may sound, the wolverine occupies the top position in the food chain in this region along with wolves, bears and snow leopards. Discussed below are a few adaptations which play a key role in the survival of this species alongside other carnivores.

Taking into consideration their ability to cover as many as 40 miles in a day, there is no questioning the physical endurance of this species. Wolverines are known to cover such long distances in search of food, especially during the winter season when there is severe shortage of food supply in its native habitat. This is one of the most important adaptations for this animal, considering that it doesn’t resort to hibernation like most of the other animals found in this region do.

The habitat of wolverines spans across northern regions of North America and Eurasia wherein snowfall is not quite a rare phenomenon. In these regions, with a foot deep snow, the broad paws of a wolverine make sure that its feet don’t sink in the snow while walking. This adaptation, in turn, makes sure that they don’t get tired even after walking for a long distance on the snow. At the same time, these broad paws helps it run at a considerable speed on snow, an ability which helps it edge out its prey when hunting.

As we mentioned earlier, the phrase ‘looks can be deceiving’ is tailor-made for the wolverines which, even though very small, are known to take on animals double their size. This isn’t quite surprising if you take into consideration the fact that they belong to the family of mustelids – the members of which are known for their raw power. Being carnivorous in nature, wolverines hunt and feed on a wide range of animals with whom they share their native habitat.

In times of food shortage, they are also known to take on caribou – which is double their size. While large hoofed-animals – like the caribou, are usually attacked by wolverine in times of food scarcity, the animal is also known to attack wolves and bears – with whom it shares its native habitat, in order to defend its young ones.

Their powerful jaws and sharp claws have an important role to play when it comes to their ferocity. Similarly, they have a thick hide which helps them survive the onslaught of other carnivorous animals. As with other members of the mustelid family, even wolverines are armed with the characteristic upper molar which is placed in such a manner that the animal can tear through flesh of animals without much trouble.

As with various other members of the mustelid family, even wolverines are armed with scent glands through which they release a pungent odor which is used for marking their territory, mating and hiding food. Wolverines are known to be territorial animals, with the range of males spanning over a distance of 250 sq miles in its natural habitat. Territorial disputes are quite common in this species, and they use this scent to mark their territories and warn other males. During the mating season, this scent is used to attract potential partners.

Even though the wolverine is notorious as a glutton, it only eats as much as it can and leaves the rest hidden under the snow – a behavior adaptation which is helpful in times of food shortage. When doing so, it marks the area wherein it has hidden this food with its scent; thus making sure that it is not difficult for it to track the same later on. It is this scent released by the wolverines which earns them the name ‘skunk bear’.

As we mentioned earlier, all these adaptations have an important role to play in helping the wolverine hold its ground even though it happens to share its native habitat with species like wolves, bears and snow leopards. Its ability to take on these predators is crucial survival adaptation for this species, especially because the mortality rate in juvenile wolverines is quite high with so many predators on the prowl.