Dolphins, porpoises, and whales are closely related to each other. While whales are distinct in their appearance, the similarities between dolphins and porpoises do cause some confusion between the two. 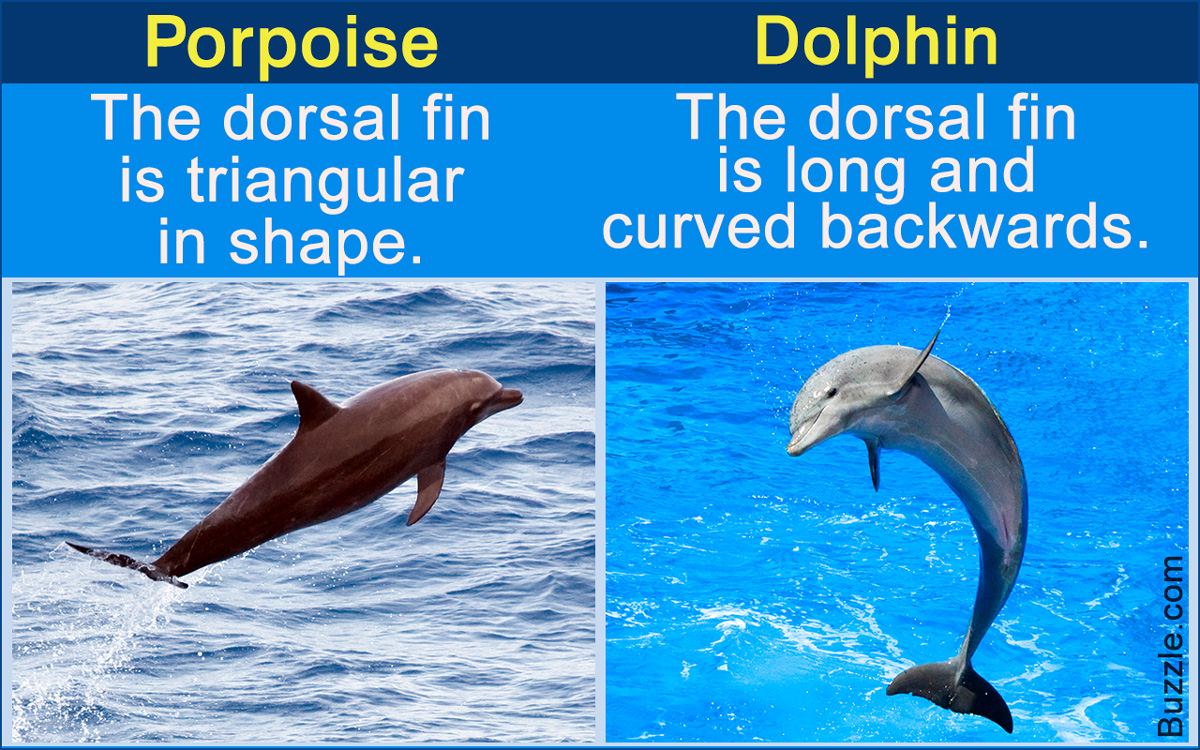 Dolphins, porpoises, and whales are closely related to each other. While whales are distinct in their appearance, the similarities between dolphins and porpoises do cause some confusion between the two.

Porpoises and dolphins have quite a few similarities between them. To start with, both are aquatic mammals. Both resort to echolocation, wherein they locate objects by calculating the time taken for sound waves to hit the object and come back. And both can inhale oxygen and exhale carbon dioxide only on surface.

Other prominent similarities include inability to hear in the air, spindle-shaped bodies that help them swim, blubber to accumulate heat in cold aquatic conditions, and the lack of fur. At the same time, however, there are certain things that differentiate the two from each other.

Difference Between Porpoise and Dolphin

1) There are 6 species of porpoises, all of which are found in oceans. On the other hand, there are 40 species of dolphins, of which 5 are exclusively found in freshwater.

3) Female porpoises are approximately 1.7-m or 5.5-ft long, whereas males are approximately 5-ft long. As for dolphins, there is a great deal of diversity, with their length ranging between 1.2 m to 9.5 m and weight between 38 kg to 9.5 tons depending on which species you take into consideration.

4) Porpoises have spade-shaped teeth that are flattened, whereas dolphins have yellowish, sharp, and pointed teeth.

5) Dolphins are more social of the two and enjoy communicating with humans, which―along with the fact that they are highly acrobatic―makes them star attractions of the marine world. In contrast, porpoises are a little shy in nature and come to the surface only for breathing.

6) Dolphins whistle using their blowhole to communicate. They can do this even when they are underwater―an ability which porpoises lack despite having a blowhole.

7) While porpoises feed on crustaceans, squid, and fish, dolphin are known to feast on fish.

Now that you are aware of all these differences, the identification part will become easier for you the next time you see a creature that looks like a dolphin … err porpoise. 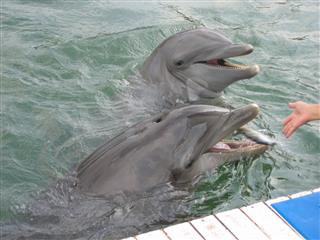 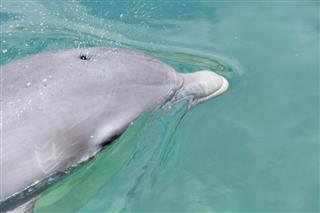 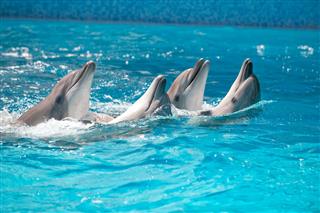 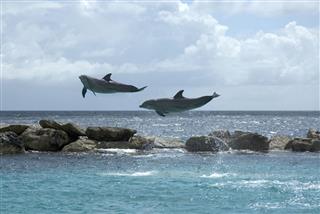 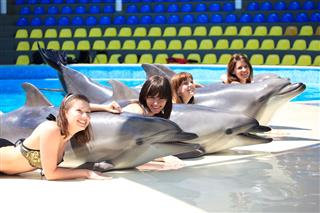