What Do Moles Eat? You Could Never Have Imagined This

Moles are small creatures that make extensive tunnels in the ground. This article provides information about what moles eat in the wild along with some more facts.

You are here: Home / Uncategorized / What Do Moles Eat? You Could Never Have Imagined This 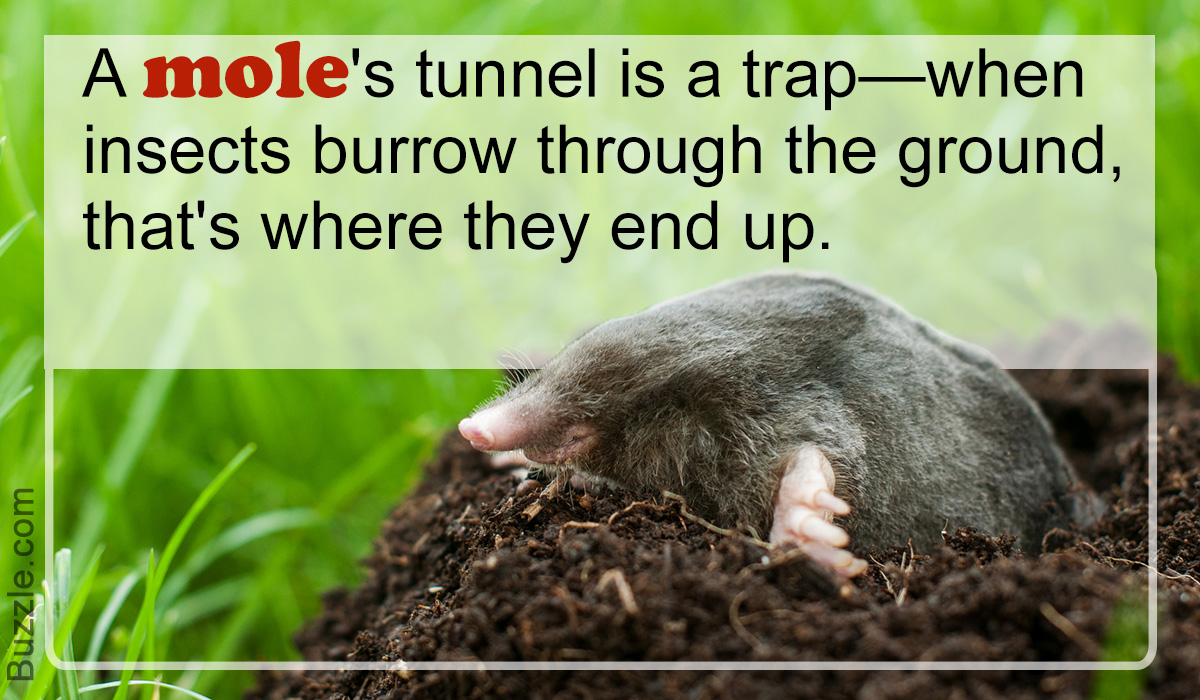 Moles are small creatures that make extensive tunnels in the ground. This article provides information about what moles eat in the wild along with some more facts. 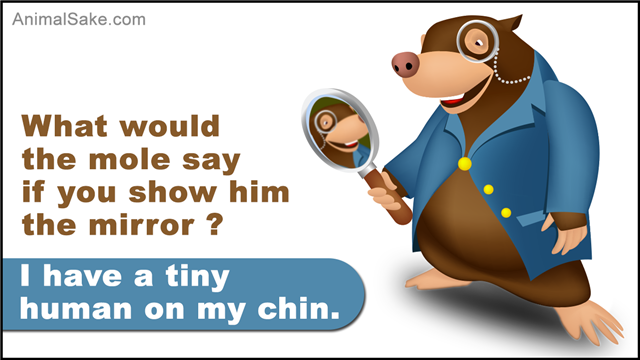 You must have come across moles; they are those furry little mammals that may have been scurrying across your garden or sometimes digging a hole and burrowing themselves there. These creatures are considered to be an agricultural pest in some countries, while in countries like Germany, they are a protected species and cannot be killed without permission. There are known to be 20 to 30 species of moles existing on earth.

The fur of moles can move in both the backward and forward directions to prevent these animals from getting stuck in their tunnels.

What Do Moles Eat?

People believe that moles are vegetarians and that they dig deep into the soil in order to feed on the roots of plants. However, that is a misconception. These animals are not vegetarians even though they might feed on plants, which is also very rare.

Like lions and tigers, these animals too are carnivores. Actually, they are insectivores, because their diet mainly consists of various insects that are found underground―earthworms, bugs, mice, and various other invertebrate animals or insects.

Moles dig tunnels to search for these insects and earthworms that are found deep in the soil. They eat nearly 60 to 100% of their body weight each day. They use up so much energy while digging that they need to feed on insects and grubs frequently to make up for the loss.

Star-nosed moles can detect, catch, and gobble up their food even before the human eye can detect it. That is how fast they are.

Studies conducted on moles found the remains of insects and earthworms inside after dissection, but hardly any traces of plants. Whatever traces of plants were found were said to be eaten in order to eke out their diet.

Moles have a Toxic Saliva

Some researchers have also found that the saliva of these animals contains a toxin that can paralyze the prey, especially earthworms. This is done in order to preserve them for future consumption. When the moles are ready to feed on these earthworms, they pull them between their paws in order to force out the dirt from their guts.

Moles have a Very Sharp Nose

They have very small eyes that can only make out light and darkness, but not prey. They detect their prey because they have a very strong sense of smell. They can smell a prey even at a great distance, and it is this smell that directs them towards it.

Moles like to eat insects; thus, if you are planning to keep one as a pet, then be careful that you do not feed it vegetables as that will only starve it to death. They do not normally drink a lot of water; this requirement is fulfilled by the food that they eat.

Size of a Mole

These animals are 12 to 16 cm long on an average, from which the tail is about 30 to 35 mm long. They weigh between 70 to 120 gm. Males are bigger and heavier than females. They have a cylindrical-shaped body with a black fur that is soft to touch.

The nose is long, pointed, and almost bare except for a few hairs that are very sensitive and help moles find their way through the tunnels.

Their eyes are made up of a fine membrane, and they can only detect daylight and darkness, but nothing else.

Moles have a bushy and hard tail. They have very sharp teeth.They do not possess external ears; they are just two small holes covered by fur. However, their sense of hearing is very sharp.

They have very strong front legs that look like hands. These legs possess 5 claws each. They help the moles in digging effectively. Moles are known to dig out earth that is much more than their body size in one go (about 30 times). The hind legs are less powerful and are only used to move forward in the tunnel.

Habitat of a Mole

Moles prefer well-drained, soft soil that is easy to burrow. Their tunnels are about 5 to 6 cm wide and high, and can go as far as 70 to 80 meters in length. Molehills are formed when the dirt is displaced in the upward direction by the moles while digging close to the earth’s surface.

These animals mainly keep to themselves, i.e., they are solitary. Fierce and violent fights leading to death can occur on invasion of territory. Thus, they do not invade another mole’s tunnel unless it is the mating season, in which case the male visits the female in her tunnel.

The mating season is from March to May. Mating takes place in the female’s tunnel. She makes a small chamber inside for the babies. Gestation period lasts between 30 to 45 days, after which the babies are born. The litter size can vary from 3 to 6 babies. When born, the young ones are blind and do not have any fur for the first two weeks.

By the time they are three weeks old, they are able to see and move around. They are nursed by their mother till they are a month old and become independent at two months of age. Male moles do not take any part in raising the young ones. Their average life expectancy is 3 to 5 years.

Moles are considered pests in many countries because they disturb the soil. Many times, they reduce crop yield or make it unsuitable for livestock to graze on. For these reasons, they are killed by laying traps or by poisoning. However, in countries like Germany, they are protected and cannot be killed without a permit.

The next time you see a mole burrowing itself deep into the soil, do not think that it is there to destroy your plants. In fact, it is killing the insects that have harmed your plants (except the earthworms which are considered to be friends of farmers). Also, by digging up the soil, it is only aerating it and making it better for your plants. Do not disturb it unless it becomes a nuisance.