Pros and Cons of Keeping Wild Animals as Pets

Our desire to own unusual animals as pets often leads us to bring wild animals home. However, instances of a pet chimp attacking its owner or a big cat mauling its keeper are not rare. These incidents have often raised questions about the practice of having wild animals as pets. Let us weigh the pros and cons of this trend, which seems to be on the rise.

You are here: Home / Uncategorized / Pros and Cons of Keeping Wild Animals as Pets 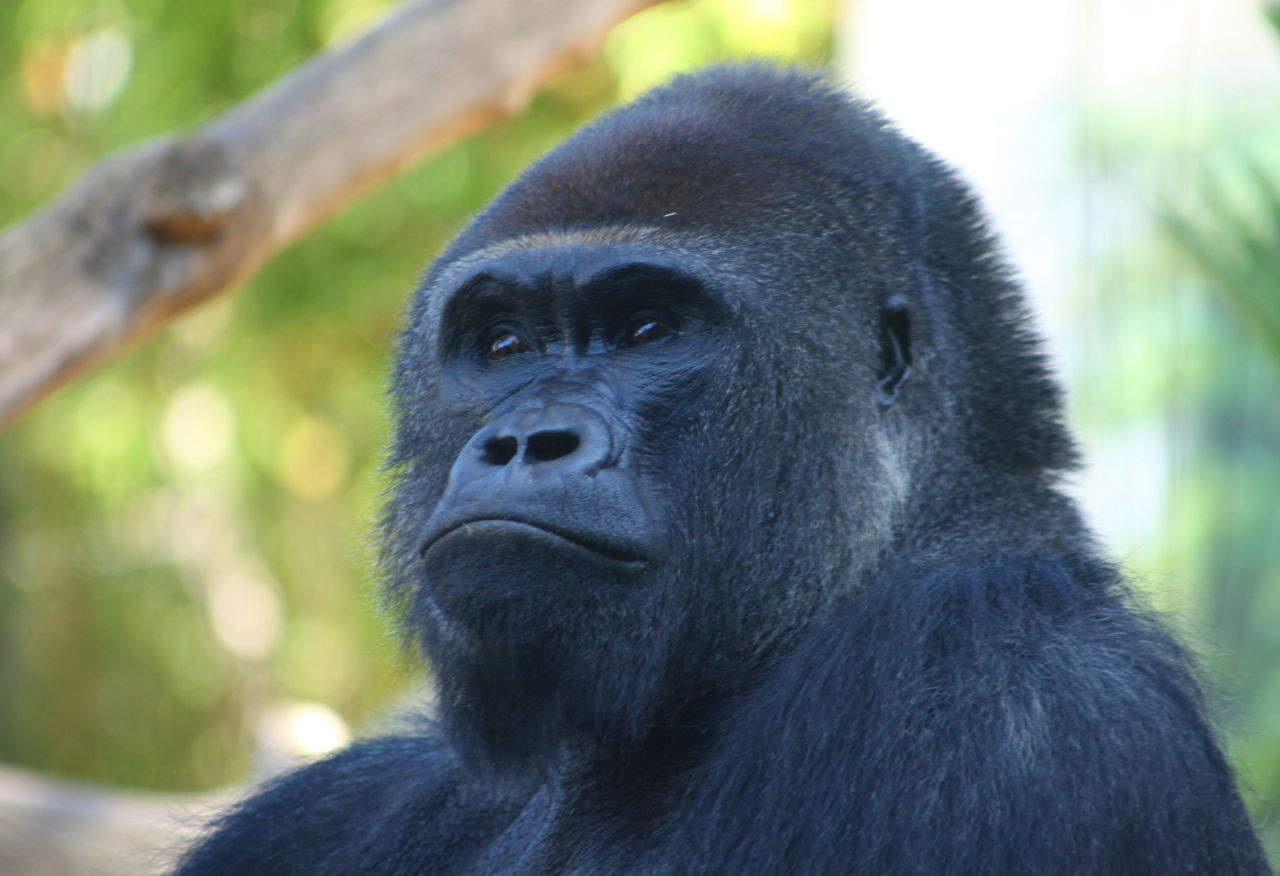 Our desire to own unusual animals as pets often leads us to bring wild animals home. However, instances of a pet chimp attacking its owner or a big cat mauling its keeper are not rare. These incidents have often raised questions about the practice of having wild animals as pets. Let us weigh the pros and cons of this trend, which seems to be on the rise.

Every organism has evolved according to the environmental conditions that it was subjected to. This process of evolution took thousands of years, in which animals lost those features that were redundant for them and developed new ones that would help them adapt to the existing environmental conditions. Subsequently, wild animals developed the instincts and physical features that are suited for the tough and aggressive life in the wild.

Keeping wild animals might sound appealing to many. However, we must not forget the fact that handling one requires a good understanding of the animal’s nature and habitat. Many people who own wild animals as pets are trained in handling them. Even they would agree about the unpredictable nature of wild animals. There have been incidents of mahouts being trampled by their elephants or trained zoo keepers being attacked by the animals in zoos. Hence, keeping wild animals as pets has always been a controversial issue. Listed below are the pros and cons. 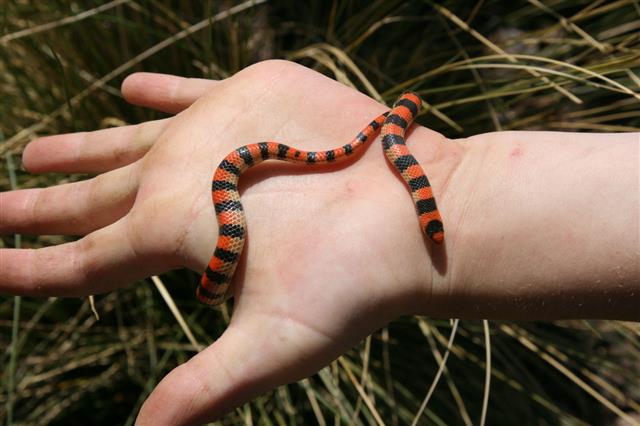 Some of us might not have enough space to bring home popular pets like cats and dogs. In such a case, certain wild animals (like geckos or hedgehogs) which are small in size, can be kept as pets.

Certain wild animals, like the hedgehog, can be useful in controlling insects and pests in the house.

Buying small wild animals may sometimes cost lesser than purchasing a popular pet of a good breed from a pet store.

Sometimes, a species may have difficulty surviving in the wild. In such a case, adopting the animal as a pet may seem viable. Such adoption helped a certain species of Dart Frog survive, when its habitat was destroyed by a natural disaster. 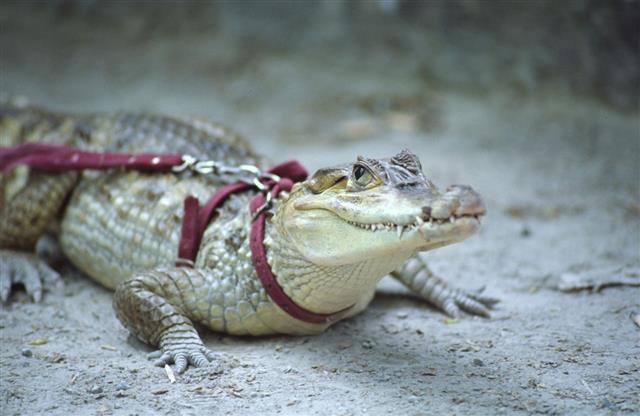 The first and foremost issue about having a wild animal as a pet, is about the welfare of the animal itself. With a lot of study and training, one might be able to provide proper diet and exercise to the animals. However, the fact remains that wild animals are genetically and instinctively tuned to living in the wild. Can one absolutely ensure that the wild animal will have proper social interactions and development in captivity? 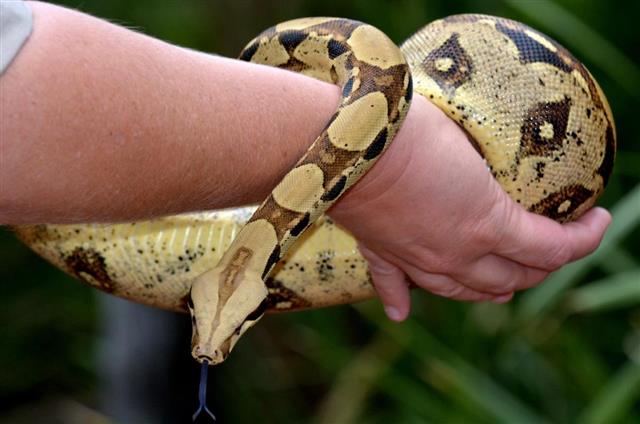 While some animals are solitary, some animals live in large social groups. For proper development of the latter in captivity, it is essential that the owner of such an animal have a group of the same species. Ensuring proper pet care for a wild animal requires a lot of research, preparation, investment in building ideal housing, and proper medical facility. Despite all these preparations, one can hardly be sure if the arrangements are adequate for the animal. 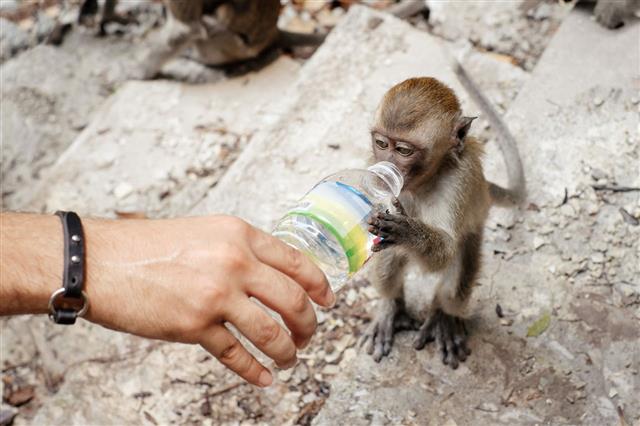 Every baby animal, whether wild or domestic, is adorable. That might lure a lot of us to go for wild animals as pets. However, these sweet little animals grow up and depending upon the species (for example a bear, a big cat, or a chimpanzee) some of them become too big and strong for the owner to handle. With adulthood comes the wild instincts, and the animal that would generally react playfully to you when it was a baby, may just react aggressively. 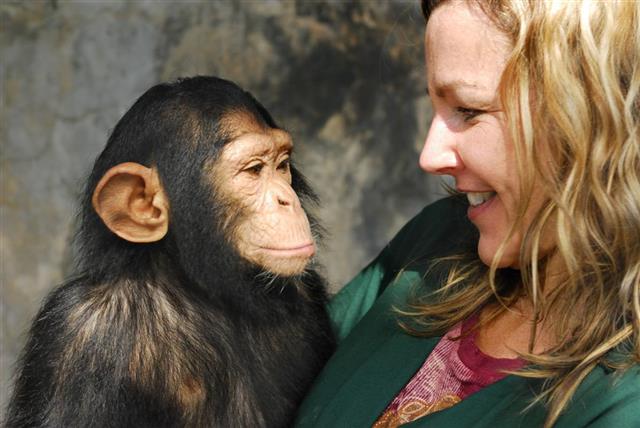 Many wild animals carry diseases that are fatal for human beings. For example, thousands of people contract Salmonella infections every year due to contact with reptiles or amphibians. There was an outbreak of monkey pox in the United States, in 2003, which was supposed to have been carried by Gambian rats from Africa that were imported for pet trade.

Decline in Population of Wild Animals 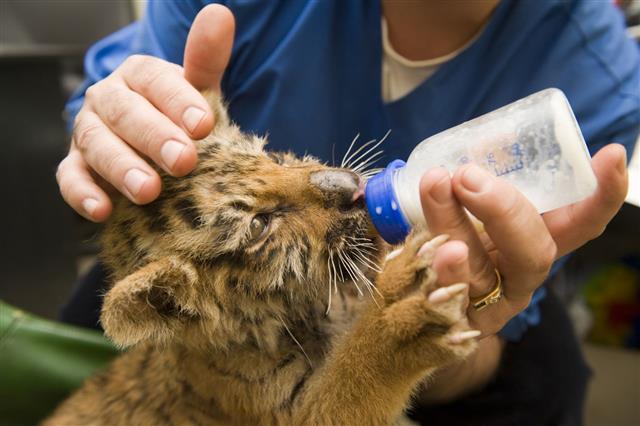 It isn’t that every wild animal that is caught to be sold as pets makes it to the warmth and care of a human family. When they are transported from the jungles to the market, they are often subjected to brutal conditions like cramped cages and insufficient food and water. Even after they are adopted as pets, very often they fall sick or die as their owners are not well equipped to take care of them. Such abuse and cruelty has led to a decline in the population of a number of wild animals.

It is true that the animals that we have as pets were wild at some point of time. However, we must remember that these animals have been domesticated after having been bred in captivity for generations. They have lost their wild instincts and have adapted to live with human beings. We must consider our decision of adopting wild animals as pets carefully, as there is a great price attached, not only to the animals, but also to our lives and the environment. 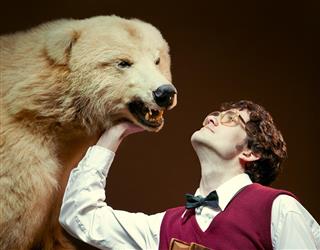 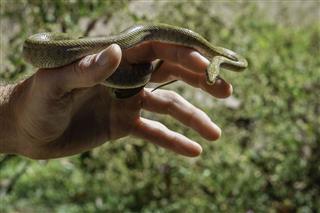 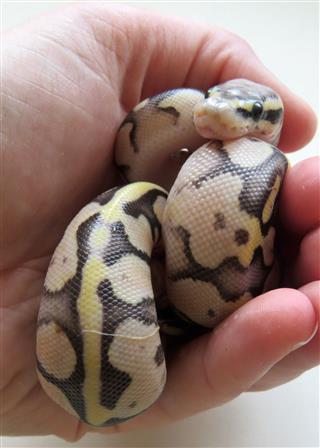