Chimpanzees are considered an endangered species, a condition for which humans are largely responsible. Read on to know more about why chimpanzees have come under threat.

You are here: Home / Uncategorized / Painful Reasons Why Chimps (Chimpanzees) are Endangered 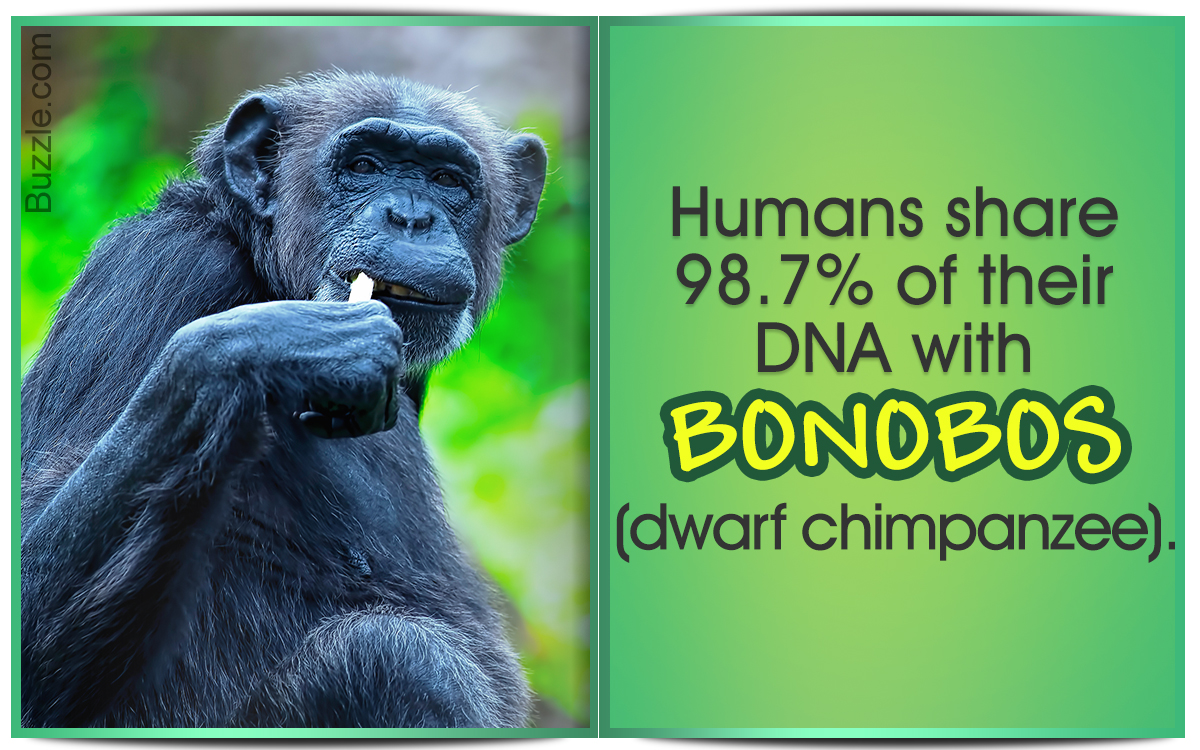 Chimpanzees are considered an endangered species, a condition for which humans are largely responsible. Read on to know more about why chimpanzees have come under threat.

According to some estimates, chimpanzee populations have dropped to one tenth of what they were at the start of the 20th century.

Chimpanzees, commonly called chimps, belong to the Hominidae family. Their biological nomenclature is Pan troglodytes. They belong to the same family as the genera Gorilla (gorillas), Homo (humans) and Pongo (orangutans).

The tropical rainforests of western and central Africa are the most suitable natural habitats for chimpanzees. They are known to have evolved in the same region, the same as us humans. Within the tropical forests, they mainly live in open savanna woodlands, grasslands and rainforests. Bonobos (Pan paniscus), who are closely related to chimpanzees and humans, also live in the same habitat and are similarly affected by the threats faced by the chimps.

Why are Chimps Endangered?

Reasons that pose major threats to this endangered species are massive destruction of their natural habitat, capture for the purpose of trading and hunting them down for the consumption of their meat. Let’s look at each one briefly.

There was a time when more than one million chimpanzees used to live in the forests of at least 25 countries in Africa. At present the figure has gone down to below 200,000!

Growing demands from the neighboring human populations have made calamitous inroads into the chimps’ natural habitat. More and more forest land is destroyed by the day, as farms take their place. Roads cut into forests, further increasing harmful human influence on the rainforests, and ever-expanding settlements on the edge of forests constantly push into the jungle, slowly but steadily eradicating neighboring patches of forests.

Continuous loss of habitat is without doubt the single most important reason for the chimpanzees becoming endangered.

Chimps are frequently caught illegally and sold as pets. Young chimps are often pursued due to their adorable appearance and the consequently high price enthusiastic owners are willing to pay for them. However, it is unethical, unsafe, and often illegal to keep them incarcerated in our homes.

Unlike domesticated animals such as dogs or cats, they are wild animals and they need to dwell in their natural environment. If chimpanzees are not treated properly, an adult chimpanzee can easily overpower its owner, causing potentially fatal injuries. Several people have died from chimp attacks, and consequently the “guilty” animal has had to be put down.

Unfortunately, most chimps get caught by their captors before they reach adulthood and thus spend the rest of their lives cooped up in miserable conditions. Conservationists have estimated that although protection for pet chimpanzees is much more efficient nowadays, only one in ten pet chimps is rescued.

This refers not to the chimps’ natural predators, but people who live in and around forests. Chimpanzees are prized bushmeat, and are also exported to Western countries such as France and England. It is estimated at least 4000 chimps are killed every year.

Once again, sadly, this refers not to diseases naturally found in the chimps’ habitat, but diseases spread by humans. Chimpanzees can catch many diseases from human beings, and many have died from human-borne diseases, particularly the ebola virus.

Several conservationists are trying to spread awareness among people and save these endangered animals from extinction. Chimpanzees are the closest evolutionary relatives of us humans. In fact, the DNA of chimpanzees and humans is about 98% alike! Studying these animals can provide valuable information about our own emergence and development. Sadly, that part of our lineage is slowly being destroyed by our own harmful activities in the pristine habitat of chimps. 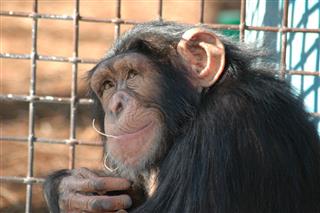 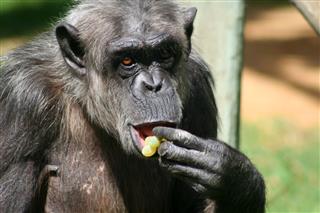 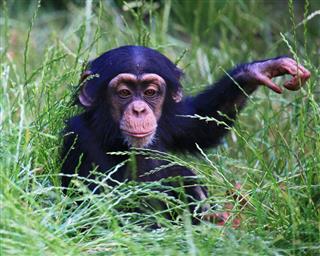 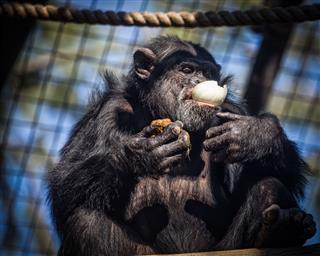 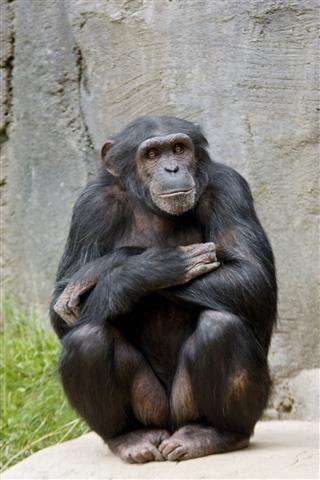 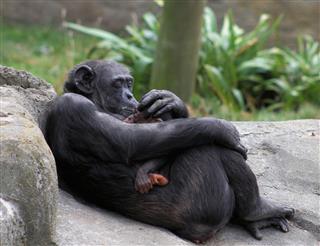