The red fox, named because of its reddish-brown fur, dwells in a variety of habitats all over the world. This is aided by their excellent ability to adapt to various environments, and find ecological niches that fit them perfectly.

The red fox, named because of its reddish-brown fur, dwells in a variety of habitats all over the world. This is aided by their excellent ability to adapt to various environments, and find ecological niches that fit them perfectly. 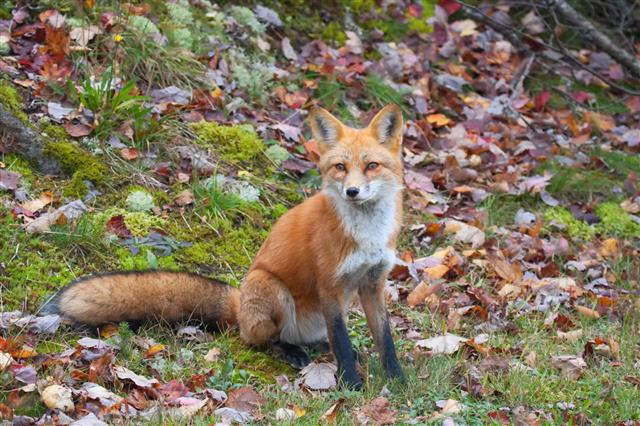 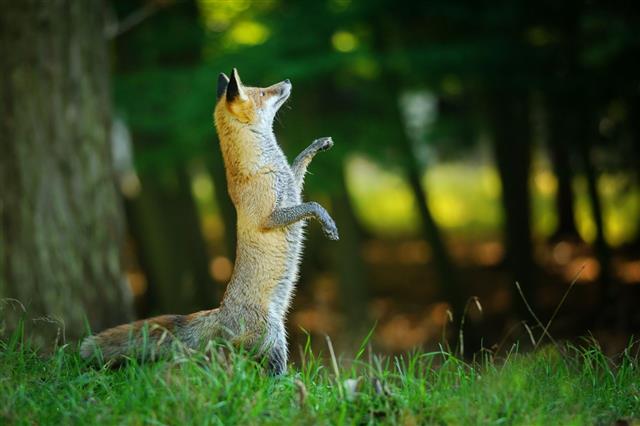 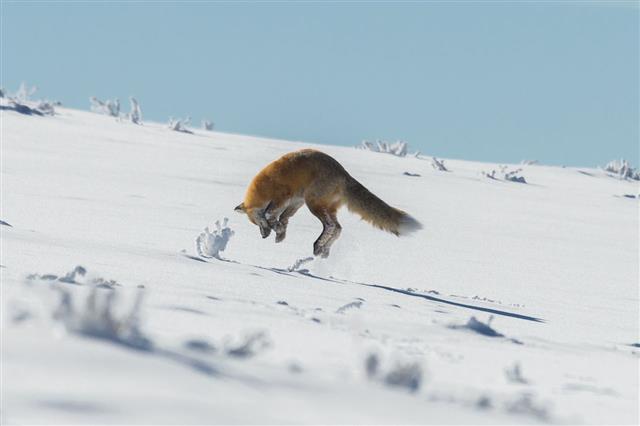 The red fox is the largest member of the Vulpes genus, and is native to a majority of North America and Asia (excluding some southern stretches and the arctic region), and the whole of Europe.

Since being introduced in Australia in the 19th century, the red fox has become extremely successful there. It is also found in the patchy fertile regions of northern Africa―around the Nile and a few places along the Mediterranean coast. South America and Antarctica are the only continents that don’t house this gutsy foxy-woxy. 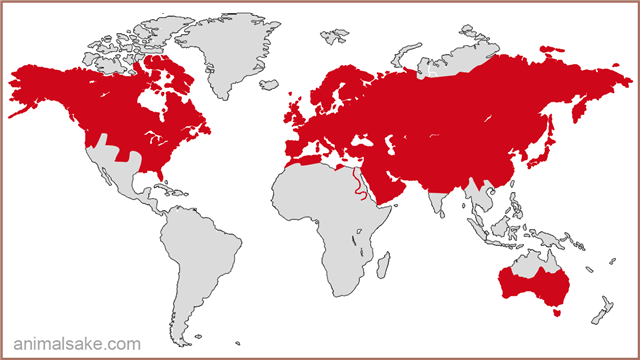 The red fox can be found in grasslands, deserts, thick forests, icy plains, and if this is not enough, they are very comfortable even in urban areas! This fox prefers areas of lower latitudes. This trait is used by some fox species to avoid red fox territories in some regions. During the winter months, the red fox spends time in its den. However, for the rest of the year, this animal spends most of its time in search of food. They usually look for food during the night or in early morning hours.

These foxes adjust their diet according to their local food web; they feed on the native rodents and birds, accompanied by frequent foraging for berries and tubers. Their most common prey is mice, rats, voles, rabbits and hares, and waterfowl, while the most preferred veggie treats are all kinds of berries, cherries, apples, plums, acorns, and various tubers.

When in urban areas, the fox adopts an almost exclusively nocturnal life in order to avoid association with humans. Due to their proximity with humans in many areas, stray fox kits (juvenile foxes) are sometimes adopted as pets. Though they are instinctively very afraid of humans, they can form great bonds with their owners and their pets, if acclimatized to them from a young age. However, once grown, they are almost never friendly towards strangers.

In the wild, the den of a Red fox is always near a source of water. This could mean a stream or even a pond. Red foxes also choose their dens with careful consideration about drainage. This is a particularly useful trait in areas that receive heavy rainfall. Red foxes may also inhabit multiple dens, and move between dens as per requirement.

In much of their range, red foxes, being the largest true foxes in the world, dominate other fox species. The only Vulpes species they can’t dominate is the corsac fox, found in the Central Asia plateaus and mountain ranges. In many regions in their range, other foxes manage to avoid red foxes by sticking to cliffs or mountains, which the red fox avoids. The arctic fox stays away from the red fox by finding food in regions much colder and sparser than the red fox can tolerate. The edge of the arctic tundra is usually the cutoff between the range of the red fox and that of the arctic fox.

Where Do They Come From?

Historically, red foxes originated in Eurasia, probably around Eastern Europe and Caucasus, though it could have been much more to the east. They are believed to have moved to North America less than 200,000 years ago.

Their introduction in Australia came for the purpose of being hunted by the British. Thus, foxhunting, a popular British sport, is why the most dangerous invasive species in Australia came to be there in the first place! Despite being so successful on mainland Australia, red foxes couldn’t thrive on Tasmania, presumably due to the overpowering presence of Tasmanian devils.

The red fox is one of the few species not affected by human activities, since it has learned to use human presence to its own advantage. Through its cunning and adaptability, the red fox has managed to populate virtually the entire northern hemisphere as well as branching out into Australia, and has become the most populous carnivore in the world. 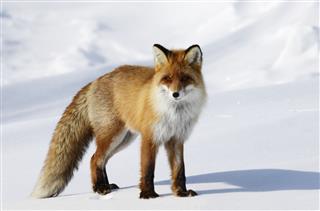 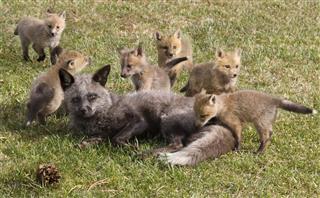 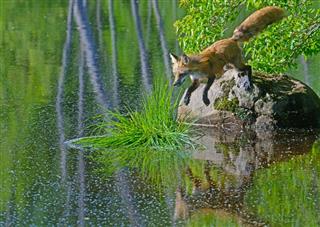