Red velvet mites that belong to the family Trombidiidae are tiny creatures having an attractive, bright red color. Here are some facts about these mites.

Red velvet mites that belong to the family Trombidiidae are tiny creatures having an attractive, bright red color. Here are some facts about these mites. 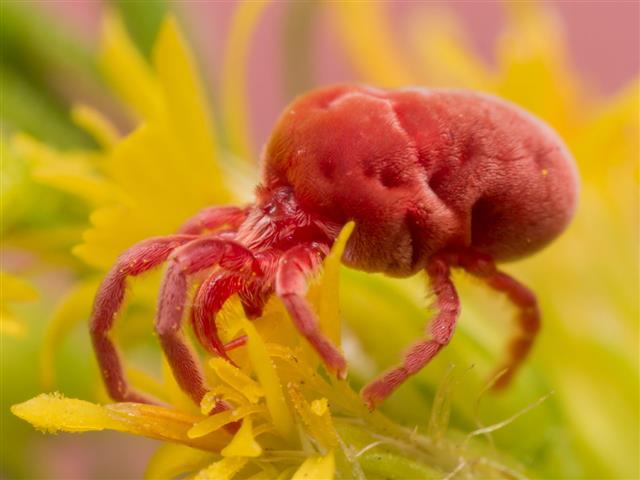 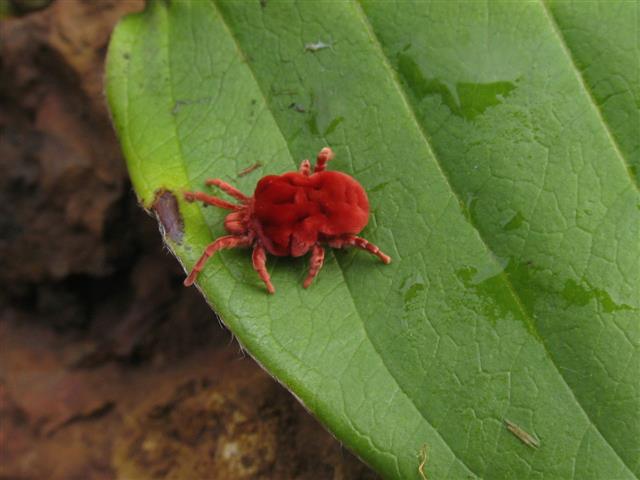 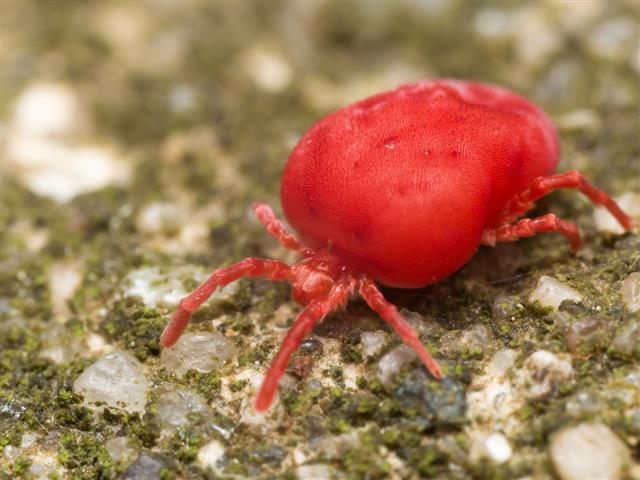 The bright red color of the red velvet mite is a kind of warning for their predators, in order to let them know that these mites can be really nasty.

Mites are tiny, curious creatures that are closely related to ticks. They are essentially arthropods. which means that they possess an exoskeleton that is hard (owing to the fact that they are invertebrates), jointed appendages, and a body that is segmented. As of today, there are about 50,000 different kinds of mites, which have been recognized worldwide. All mites belong to the subclass Acari, a.k.a. Acarina and class Arachnida.

They are found everywhere; they inhabit and can survive in any kind of habitat, they even exist in the depths of the sea. Some species of mites are also found in Antarctica. Interestingly, different species of mites have different feeding habits – some are parasites, while some are predators, and yet some others feed on plants and organic waste. The most important fact, however, is that they all thrive due to their small size. They are so small that many of the species are impossible to make out unless magnified.

The tiny red velvet mite, belonging to the family Trombidiidae are not much bigger than the head of a pin. Despite this, it is one of the largest species of mites known to us. Furthermore, there are thousands of species of the red velvet mite itself. These mites are bright red in color and their bodies are covered with very fine hair to give them a velvety appearance. Hence, the name red velvet mite. Given below are some facts about the red velvet mites.

Facts About the Red Velvet Mite

✰ The adult red velvet mites have velvety hair on their bodies that act as feelers.

✰ The adults have four pairs of legs, and they use the front two legs to judge their movements. They also have a pair of eyes.

✰ Unlike adults, the larvae of red velvet mites have only three pairs of legs.

✰ Though arthropods, in general, have distinctive body segments, these mites have their two body segments fused together to form a single one.

✰ The red velvet mites have chelicerae, a pair of pointed appendages, which are somewhat fang-like. These are used when feeding, to suck their food from the hosts.

✰ The two most well-known species of red velvet mite are:

✰ Generally, the red velvet mites are found in dry environment such as deserts. But, they are also found in soil litter as well as on plant leaves and logs of decaying wood.

✰ It has been observed that the red velvet mites live under the surface of the earth until it starts to rain. Once it rains, they suddenly emerge from beneath the ground in large numbers.

✰ The larvae of the red velvet mites are primarily parasites, which survive by feeding on their hosts.

✰ On the other hand, the adults are essentially predators. As predators, they have an ability to sense their preys by means of vibrations and the different kinds of chemical substances that their preys secrete.

✰ Though the adults are predators themselves, it is quite interesting to know that there are very few, if any, predators that prey on these mites. This might be due to the fact that they taste really bad.

✰ The adults, however, are known to feed on each other. It has also been observed that sometimes, the adult mites become the hosts for the larvae, which are essentially parasites.

✰ They are also known to hibernate during winter, meaning that they do not appear on the surface of the earth in winter.

✰ The red velvet mites are known for their extremely elaborate mating ritual. The adult males deposit their spermatophore on grass blades or small twigs or on plant stalks. Scientists have termed these places as ‘love gardens’.

✰ In order to invite females to the spot, the males make intricate silken trail leading to the place.

✰ Whenever a female happens to stumble upon this, she follows it. If she is impressed, she sits on the spermatophore.

✰ However, if another adult male mite happens to stumble upon the trail, it follows the trail, destroys the spermatophore and deposits its own on that spot.

✰ In general, the breeding season is between the months of March and July. However, some species of the red velvet mites also lay eggs during autumn.

✰ The gestation period is about one or two months. Once the eggs hatch, the larvae come out but do not disperse immediately, they stay there for a few days. This is the pre-larva stage.

✰ The larvae, as mentioned above, are parasitic in nature, and feed on hosts such as crickets, dragonflies, grasshoppers, etc.

✰ Once they grow up to become adults, they hide themselves underneath the ground and emerge after it rains.

In northern India, the oil extracted from the giant red velvet mite (Trombidium grandissimum) is considered to be useful for treating paralysis. It is also used as an aphrodisiac. Moreover, in their larval stage, they infest those insects, which are otherwise harmful pests for the crops. Therefore, these mites help to a great extent in controlling the population of the pests. As minuscule as they are, these gorgeous-looking mites certainly seem to be really useful to mankind. 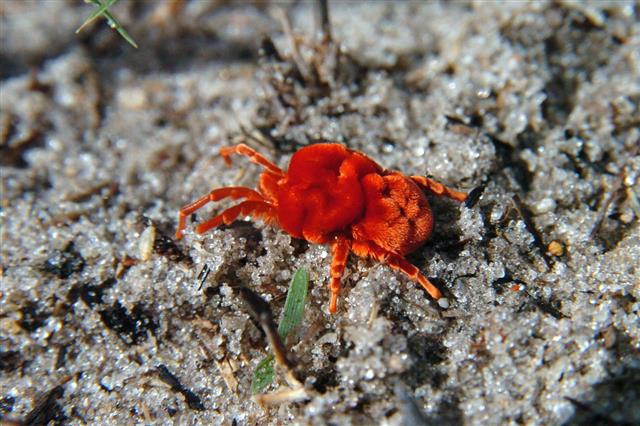 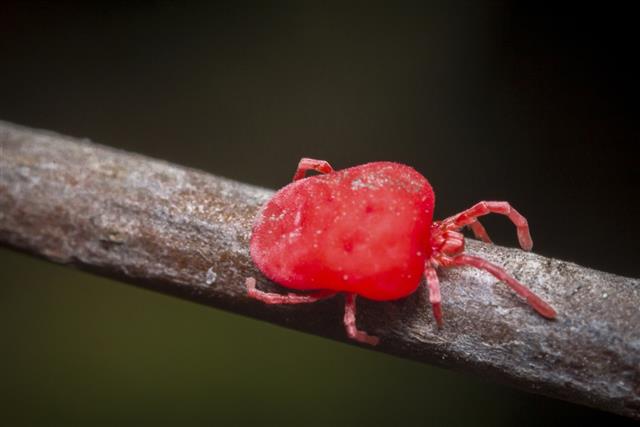