Facts About the Tiger Beetle You Need to Read Right Now

Despite their small size, tiger beetles possess some really interesting characteristics. Find out some amazing tiger beetle facts by reading this post.

You are here: Home / Uncategorized / Facts About the Tiger Beetle You Need to Read Right Now

Despite their small size, tiger beetles possess some really interesting characteristics. Find out some amazing tiger beetle facts by reading this post. 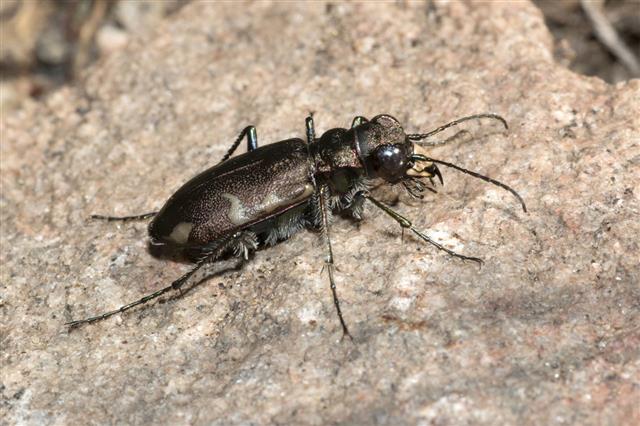 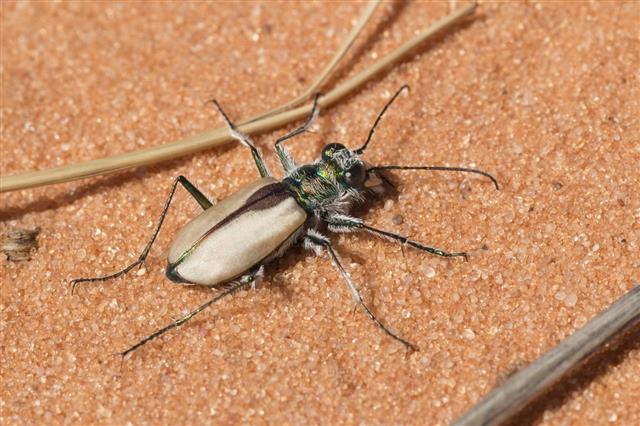 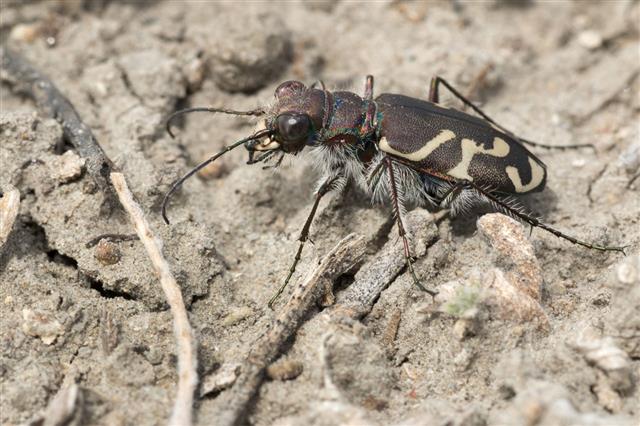 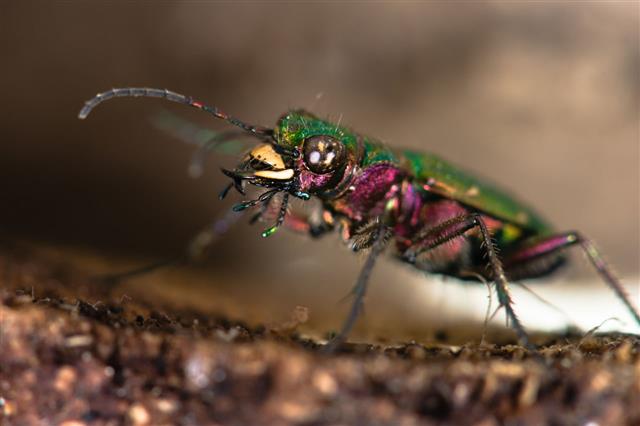 Certain species of tiger beetles, usually the members of the genus, Cicindela and Tetracha, are brilliantly colored in iridescent purple, metallic green, blue, or bronze.

Tiger beetles are a large group of beetles that belong to the subfamily, Cicindelinae. As per estimates, there are about 2,600 species and subspecies of tiger beetles, all of which are known for their aggressive hunting style and the speed at which they run on the ground. In fact, tiger beetles are among the fastest insects on Earth.

The various species of tiger beetles vary greatly in their appearance and size. They can be distinguished with the help of certain characteristics, such as the presence or absence of hair on the head, and the texture and pattern of the wing covers. Though tiger beetles are closely related to ground beetle, both the groups differ in the shape of their body. Unlike ground beetles, the head of tiger beetles are wider than their thorax.

Interesting Facts About the Tiger Beetle

» Apart from vibrant coloration, a few species of tiger beetles exhibit delicate and intricate patterns on their wing cover, which make them extraordinarily beautiful.

» Tiger beetles possess massive and bulging eyes, that provide excellent vision, required for hunting. Like other insects, they also have compound eyes.

» Another important feature of these insects is their exceedingly large jaws or mandibles, designed especially for gripping and cutting their prey. The enormous mandibles of tiger beetles resemble two curved swords with pointed blades.

» Tiger beetles are solitary insects. The male and female tiger beetles come together at the time of mating. Soon after mating, the male beetle holds the female beetle with the help of its mandibles and rides on her back, to prevent other males from mating. This behavior is known as mate guarding.

» The grub-like larva of tiger beetle possesses strong and powerful jaws. The head is flat and often larger, as compared to the size of the body. After hatching, a beetle larva burrows a cylindrical tunnel in the soil with the help of its mandibles, and continues to deepen the tunnel as it grows in size.

» The larval development of beetle tiger is characterized by three instars. The third and the last stage of larval development is the pupa. To pupate, a larva forms a pupal cell within its burrow, and then covers the burrow entrance with soil and dirt. The pupation stage can last for three or more weeks, after which the adult beetles emerge from their pupal cells. Soon after their emergence, they start mating.

» The entire process of larval development can take about 2 to 3 years, and it depends on factors like, climate of the area and availability of food. When food is scarce, the developmental process can be much longer and sometimes, the larvae may not attain the normal size of an adult. Food scarcity can also have a negative effect on the reproductive ability of such adults.

» Though a few tiger beetles can be found roaming in the dark, most of them are diurnal, i.e., active during the day. They seem to be most active in hot weather.

» The largest tiger beetles are usually the members of the genus Manticora, that can be found in the deserts of Southern Africa. These tiger beetles can reach a length of about 4.5 cm.

» Cicindela campestris, also known as green tiger beetle, is characterized by an iridescent green-colored body and golden-yellow spots on its elytra or wing case.

» Tiger beetles are aggressive predators. Their superb hunting ability can be attributed to their massive sword-like mandibles, large and bulging eyes, and most importantly, the speed at which they run. They spit digestive enzymes on their prey to help break down the food before ingesting it.

» Cicindela sexguttata is a species of tiger beetle that possesses a metallic-green body and legs. There are about 3 to 5 white spots on each elytra, and so the total number of spots on its body can be between 6 to 10. This tiger beetle is quite small, about ½ inch long. It is also known as the six-spotted tiger beetle.

» The Salt Creek tiger beetle, or Cicindela nevadica lincolniana is a critically endangered subspecies. This beetle is endemic to the banks of Salt Creek and wetlands of northern Lancaster County.

» Tiger beetles are more commonly found in saline flats, seashores, sand dunes, and the edges of streams. These insects seem to have a special preference for sandy soil, where they can run at an incredible speed.

Tiger beetles can help evaluate the environment quality of a region, for which they are widely studied by scientists. Despite their small size, these beetles are important predators of the insect world, and thus can help in biological control
of agricultural pests. 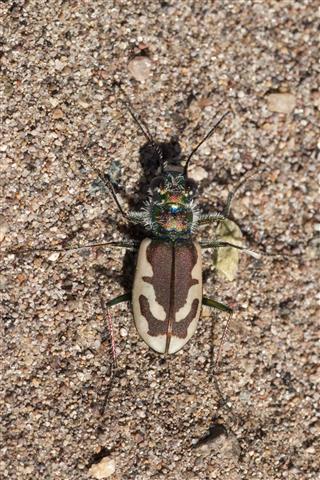 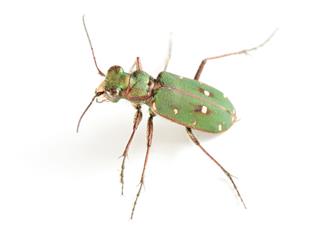