Interesting Facts About Barracuda Fish You Can’t Afford to Miss

The barracuda is one of the oldest species of vertebrates found on our planet today. Here are some interesting facts about this fascinating creature...

You are here: Home / Uncategorized / Interesting Facts About Barracuda Fish You Can’t Afford to Miss 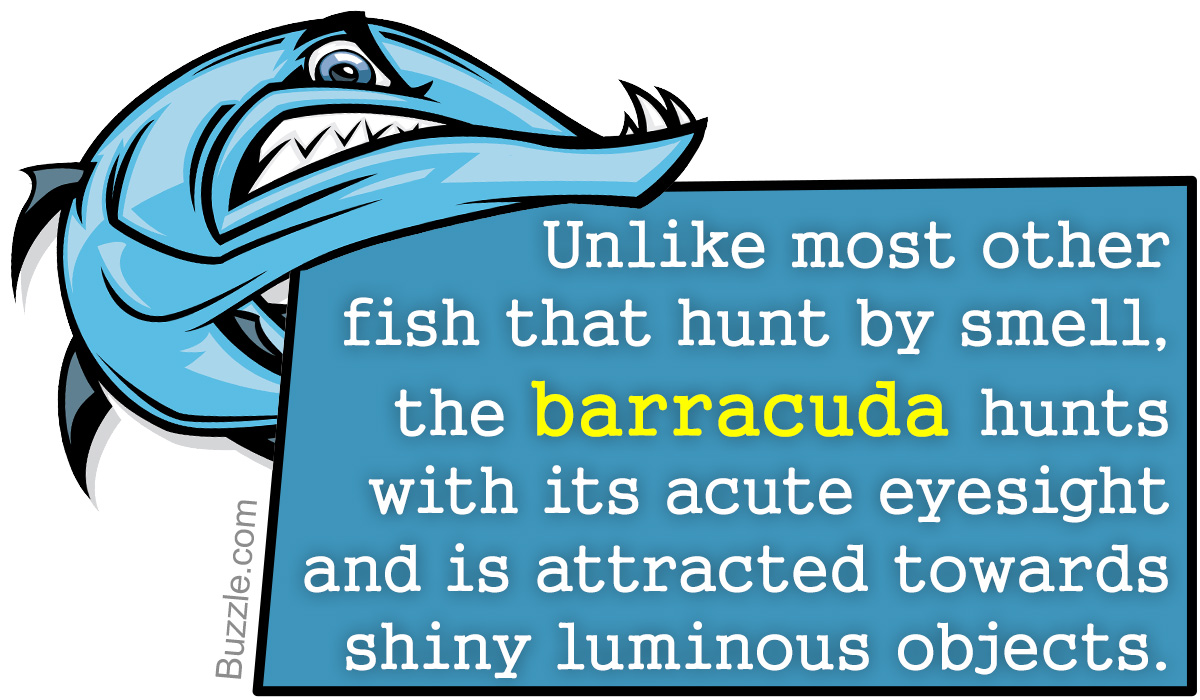 The barracuda is one of the oldest species of vertebrates found on our planet today. Here are some interesting facts about this fascinating creature…

The barracuda has made its fearsome presence felt in the oceans for more than 40 million years.

The Barracuda fish (genus Sphyraena) is a saltwater bony fish that belongs to the family Sphyraenidae. Its habitat extends across the tropical and sub-tropical oceans of the world. All the species in this genus have an elongated body, with a characteristic large mouth and sharp, pointed teeth. And if you thought piranhas were the only fish with teeth, think again!

To spot these voracious predators of the deep, look for a relatively large fish that is dark blue, green or gray in color, with a long, pointed head, a large mouth, and a protruded lower jaw. Some species have prominent dark stripes on both sides of their body. Although barracudas primarily hunt for their prey, they are also scavengers, follow larger predators, and eat after them. In this AnimalSake article, let’s dive into the depths of the oceans and discover some interesting and little-known facts about the Barracuda.

Interesting Facts About the Barracuda Fish

● The barracuda has a slender body that is shaped like a torpedo.

● The barracuda can inflate and deflate its swim bladder. This unique ability enables it to quickly move up and down, making it possible for the fish to swim through regions in the coral reef that are narrow and seemingly inaccessible.

● Have you ever see how lions and tigers hide behind bushes, waiting to pounce upon an unsuspecting prey? Well, the barracuda exhibits similar behavior when it comes to hunting. This large fish remains still and motionless for hours, till a prey swims by, and when it does, the barracuda attacks with lightning speed.

● Juvenile barracudas can change their color to camouflage with their surroundings. This smart move helps them to merge with the surroundings, making it difficult for predators to locate them.

● Barracudas, especially the juveniles, love to hang out around coral reefs, mangroves, and seagrass. You’d rarely encounter a barracuda in the open ocean. Juveniles are also known to love brackish water.

● When darting towards its prey, the great barracuda can reach speeds up to 36 mph.

● Eating a barracuda can result in ciguatera poisoning, which is caused by ciguatoxins that are bioaccumulated in the tissues of large fish found in the tropical seas. These toxins are released by marine dinoflagellates that are eaten by small fish. Since barracudas occupy higher levels in the food chain, their tissues contain very high amounts of the said toxins.

● The great barracuda has a minimum lifespan of 14 years, which is very high when compared to most other species of fish.

● Some species of barracudas, like the great barracuda (Sphyraena barracuda), can grow as long as 2.1 meters or 6.9 feet in length.

● Adult barracudas are solitary creatures, while juveniles move together in groups known as a school.

● Barracudas tend to get attracted to shiny and gleaming objects. Hence, snorkelers and scuba divers are recommended to remove jewelry, watches, etc.

● Barracudas can weigh up to 100 pounds.

They are known as the ‘Tigers of the Sea’, because of their fearsome presence and sharp, pointed teeth.

● Due to their large size and aggressive nature, barracudas are popular as game fish.

● Spawning, or the release of eggs into the water by the female, mainly occurs in spring, and the eggs are fertilized externally. A female can release 3,000 to 5,000 eggs at a single time.

● To prevent its prey from slipping away once it’s seized, the barracuda has a few teeth that point backwards.

● Unlike most other species of fish that rely on their sense of smell to locate their prey, this fish relies on its sense of sight.

● A barracuda has no eyelids, and moves slowly when asleep.

● Barracudas sometimes feed on juveniles of their own species, and hence, are cannibalistic.

● There is no known way to distinguish between a male and a female barracuda.

● You can calculate the age of a barracuda by the number of rings on its scales. For every year that a barracuda lives, it gets a new ring added.

● The barracuda has a few natural predators. Sharks, dolphins, and killer whales feed on them.

● A group of adult barracudas is called a ‘battery’.

Contrary to popular belief, the barracuda is not a threat to humans, and instances of attacks on divers and snorkelers are very rare.