A List of Different Types of Barracuda Fish with Pictures

Owing to its beastly appearance and behavior, the barracuda fish is also known as the 'Tiger of the Sea'. There are more than twenty known species of this fish.

You are here: Home / Uncategorized / A List of Different Types of Barracuda Fish with Pictures 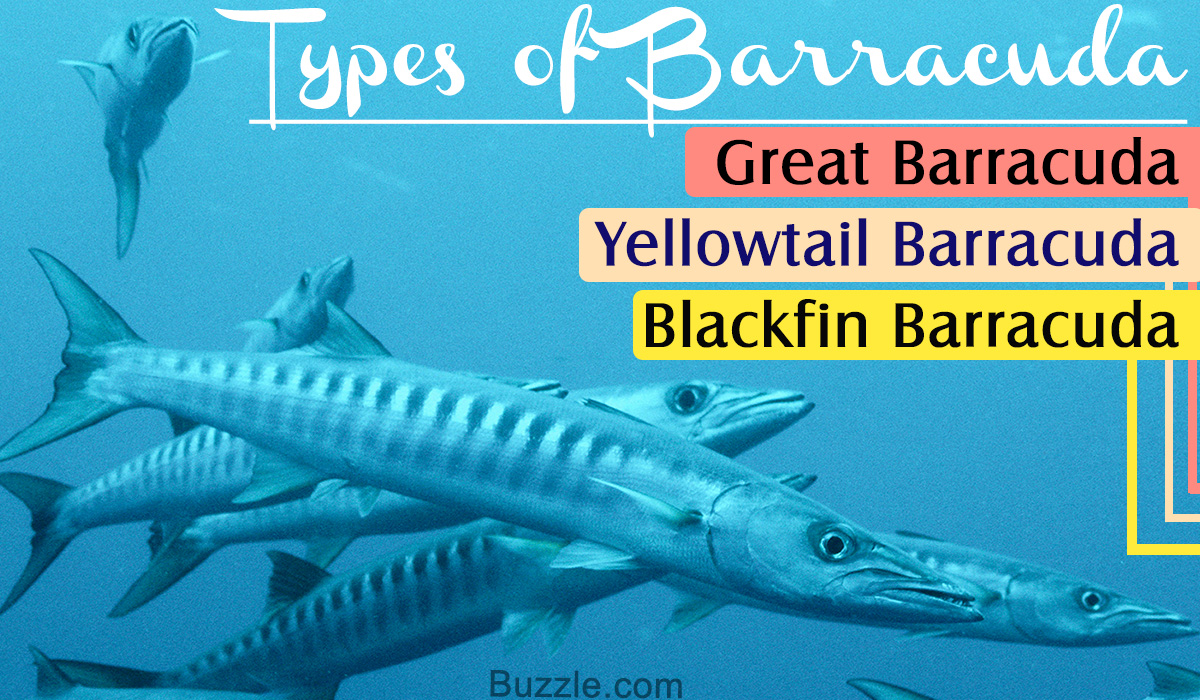 Owing to its beastly appearance and behavior, the barracuda fish is also known as the ‘Tiger of the Sea’. There are more than twenty known species of this fish.

Except for a difference in the color and size, all types of barracuda fish have the same elongated appearance and are characterized by long, pointy, powerful jaws.

The barracuda may have gotten its name from the Spanish word barraco, that means ‘overlapping tooth’. It is found in oceans all around the world, though its natural habitat includes coastal regions, which are comparatively warmer. However, it prefers a habitat that includes tropical and subtropical oceans where food is abundant. The number of barracuda fish found near coral reefs and ocean coasts is more than those found in deeper oceans.

The barracuda, a saltwater fish of the genus Sphyraena (one and only genus in the family Sphyraenidae), is a huge ray-finned fish, characterized by smooth scales and a long and narrow body. There are more than 20 known species of this genus. Some species like the Great Barracuda grow up to 7 feet long and 12 inches wide. All types of the barracuda fish are elongated and appear similar to a pike. They are sometimes also known as ‘Sea Pikes’.

The barracuda is a opportunistic feeder and a voracious nocturnal predator. It hunts its prey mostly at night by surprise and sudden bursts of attacks. It feeds primarily on different kinds of fish and other marine life. The adult barracuda exists solitarily (except during the mating season). Young barracuda fish exist in groups called a ‘school of barracudas’, or a ‘battery of barracudas’.

Other Types of Barracuda Fish

A barracuda fish is considered one of the most dangerous predators underwater. Its strong jaw and a peculiar placement of its teeth, facing forward and backward, prevents its prey from escaping its strong and painful hold. This is one fish snorkelers and deep-sea divers need to be careful of.