Save Tigers from Extinction

One is always happy to have seen a tiger in the zoo. It's fun taking pictures standing outside the cage with the tiger inside. However, in reality, it should have been the other way round. Because the bad news is here, the tiger (in the Indian subcontinent) is on the verge of extinction. It's high time that people start taking steps to save this animal from extinction.

You are here: Home / Uncategorized / Save Tigers from Extinction 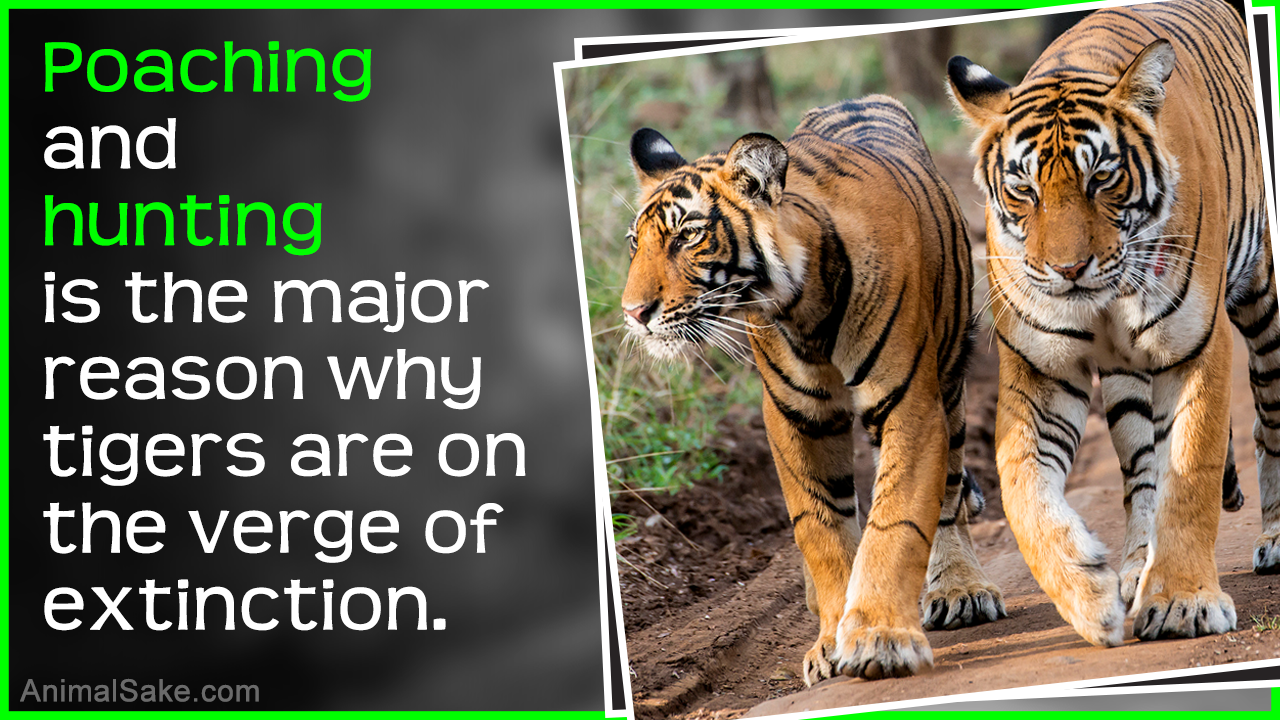 One is always happy to have seen a tiger in the zoo. It’s fun taking pictures standing outside the cage with the tiger inside. However, in reality, it should have been the other way round. Because the bad news is here, the tiger (in the Indian subcontinent) is on the verge of extinction. It’s high time that people start taking steps to save this animal from extinction. 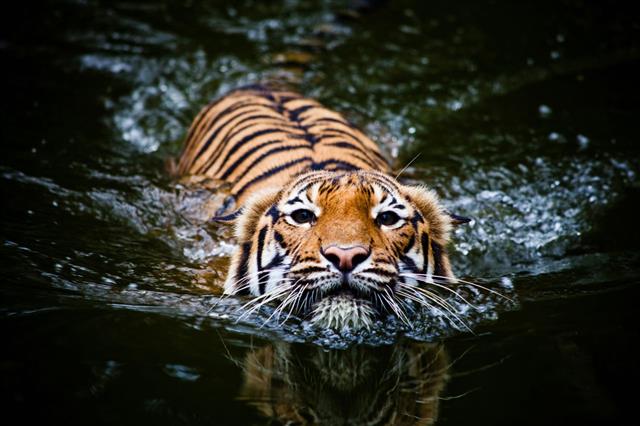 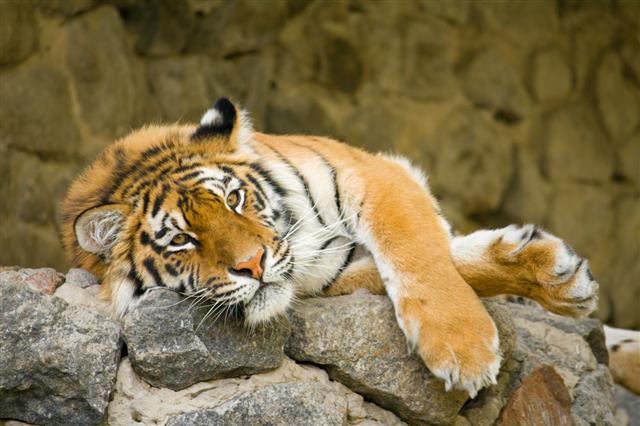 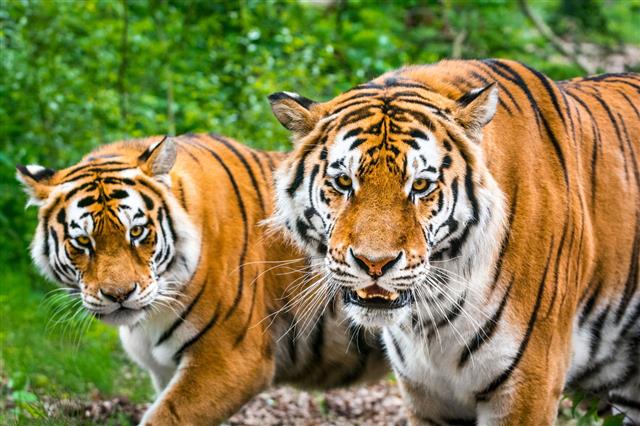 These days, there are hoardings everywhere saying ‘Just 1411 Left’ (in the Indian subcontinent). Normally, you might groan and grumble on seeing the figure of 1411 on a shopping bill; sounds too much. However, when it comes to the number of surviving tigers, don’t you think it’s too small a number representing a species. Statistics suggest that with the end of the last century, earth lost 3 out of 8 tiger species. The three being the Caspian, Balinese, and the Javan tiger.

And extinction means that none of the future generations will ever be able to see these animals. They are just names. It is tough to imagine that today this charismatic animal is poisoned, trapped, shot, and killed for monetary gains. Such a miserable death for such a royal being. Miserable or not, why should tigers have to die. Substitute human beings in the statistics and imagine how it would feel if there were just 1411 of them left. Sounds like some sci-fi movie, but is definitely scary. And the scariest part is that somebody else will probably be doing the counting.

As mentioned already, there are 8 sub species of tigers, of which 3 are extinct. The names of the 8 species are as follows.

In the list, the ones that don’t have extinct attached to their name are endangered and may soon have this surname thanks to human beings. Interestingly, scientists have suggested that the South Chinese Tiger is already ‘functionally extinct’.

Physical Characteristics
The tiger is the largest member of the cat family. The size varies according to the species and gender. The average height is 3 feet standing and 5-7 feet from head to the back. Additionally, the tail averages to about 3 feet. Its weight ranges between 175-650 pounds.

In the Food Chain
Socially, the tiger stands at the top of the food pyramid. It is the unofficial king of the jungle and its only enemy is human beings. It is the hunter of the jungle, eating anything from a deer to a seal. Its hunting skills are one of the best and nobody defeats it on that, with the exception to our very own villains, the poachers. Poachers have, and continue hunt and kill the tiger for its fur, teeth, and many other such absurd reasons. Just one kill makes a poacher richer by many folds, so it’s difficult to convince people not to kill this animal. What is needed are stricter rules and dedicated activists and forest rangers, who make sure that this precious creature is not harmed in any way.

World Population
According to statistics, the world population of the tiger in the early 1900s was around 100,000 and it depleted to 40,000 by 1950s. A major fall in its population came in the 1970s, when its numbers drastically depleted to 4000 owing to wide scale poaching for its fur, Chinese medications, and some rare delicacies (human being=shameless). Even today, people in countries like Korea, Taiwan, China, and India earn their living by killing this magnificent beast. The first thing that needs to be done is stopping the trade of animal fur and body parts. When there will be no demand, there won’t be any killing (hopefully). Current day statistics suggest that there are around 5000-7000 tigers left in the world, of which 1411 are in the Indian subcontinent.

Save the Tiger from Extinction

Organizations across the globe are working hard to protect this animal. However, given the size of the habitat, it is practically impossible to protect each and every animal. Though people are trying, it is still not enough. There are organizations which are working tirelessly so that each animal is safe and lives its complete natural life.

Governments have banned poaching and have made wildlife sanctuaries where this animal is allowed to live freely and is protected thoroughly from human beings, but somewhere, the efforts are failing because of human negligence and at some places, because of human greed. Corruption has led to cases where the protectors themselves allowed these animals to be killed for a handsome amount of money.

So, this proves that nothing can win the human mind. A tiger will be safe only when human beings will understand why it is important and necessary to save it. Making sanctuaries and encircling them with barbs is not enough when one human mind can fail all this in a single night.

People need to come together and fight for this species. Normally, we are concerned but we shrug it off saying wildlife activists will take care of that. What we don’t understand is that this animal now needs the help of each and every human being. A few hundred people cannot save this species anymore.

We as the co-earthlings of this animal need to start a revolution so that this king of the jungle roams around freely and once again has no predators. It’s time that we start doing something about this. People, write about it, donate to the organizations working for this animal, make groups and promote a campaign in its support, and most importantly, volunteer to save the tiger from extinction, the organizations need dedicated hands. 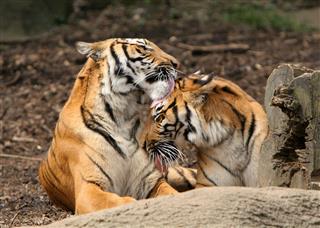 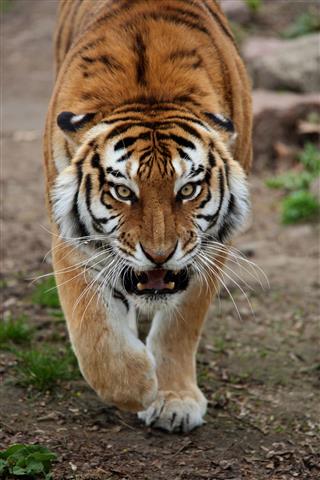 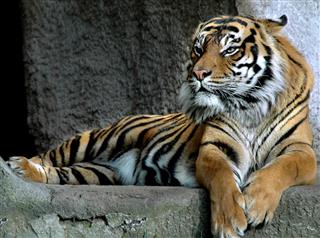 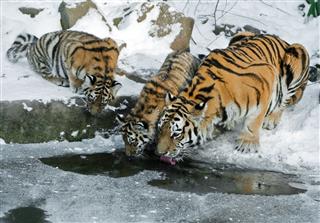 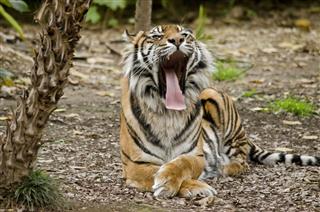 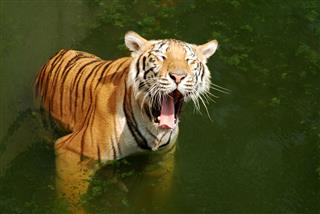 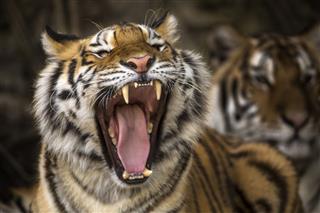 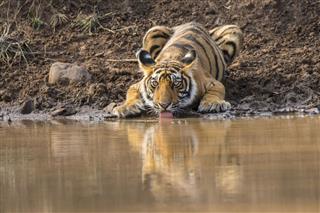 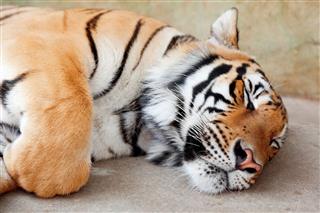 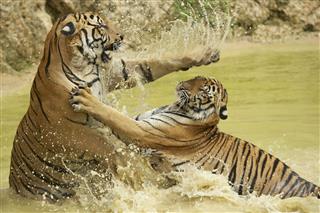