Tiny But Deadly: The World’s Most Poisonous Spiders

Almost all spiders possess venom, but only few are capable of causing harm to humans. Most of the spiders use their venom to paralyze the prey when hunting, while a few species use it against their predators for the purpose of self defense. Though tiny, the world's most poisonous spiders discussed here are deadly enough to kill an adult human.

You are here: Home / Uncategorized / Tiny But Deadly: The World’s Most Poisonous Spiders

Almost all spiders possess venom, but only few are capable of causing harm to humans. Most of the spiders use their venom to paralyze the prey when hunting, while a few species use it against their predators for the purpose of self defense. Though tiny, the world’s most poisonous spiders discussed here are deadly enough to kill an adult human. 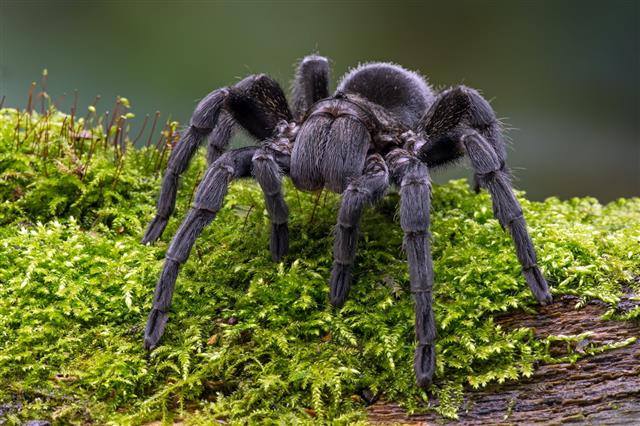 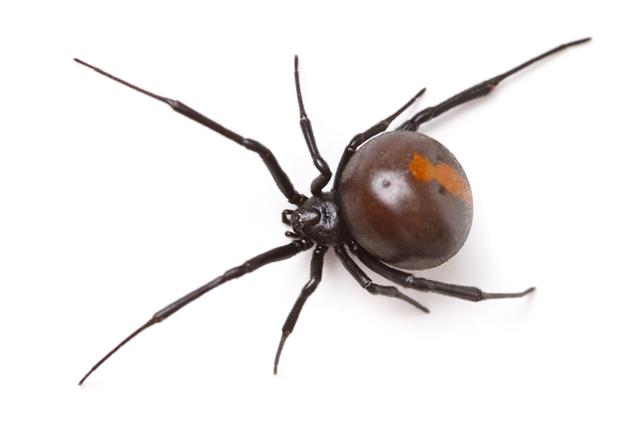 If people suffer from arachnophobia, i.e., the fear of spiders and other arachnids, it is for a reason, and that is the potent venom that these creatures boast of.

Spiders are air-breathing chelicerates that are typically characterized by an exoskeleton (external skeleton), eight legs, and a modified frontal portion of their mouth which is used to inject venom. Statistics reveal that somewhere around 98 percent of the spider species found on our planet are harmless, while the remaining 2 percent are potentially venomous, or poisonous as they are usually referred to as.

As with snakes, the confusion between the use of terms ‘venomous’ and ‘poisonous’ prevails when it comes to spiders as well. The basic difference between ‘venom’ and ‘poison’ is that venom is injected in the body, whereas poison is taken orally. While ‘venomous’ happens to be the technically sound term for spiders and snakes alike (as these species inject venom), it is superseded by the term ‘poisonous’ when it comes to day-to-day usage.

As interesting as it may sound, the statistical bit of information provided above is a bit misleading as only those spiders which have the tendency to cause fatalities in humans―with the amount of venom they deliver in a single bite―are taken into consideration when stating that only 2 percent of spider species are harmful.

The fact however, is that only three of the forty odd families of spider (i.e., the Uloboridae family, Holarchaeidae family, and the Liphistiidae family) are non-venomous in nature, while the rest all are venomous to a certain extent. Depending on which species of spider is in question, spider bites are known to cause pain, itching, swelling, nausea, and even nervous system failure resulting in death at times.

Most Poisonous Spiders in the World

There are somewhere around 40,000 known species of spiders in the world, out of which only around 200 are potentially dangerous for humans. That, however, doesn’t mean only these 200 have venom which is potentially lethal. There do exist some species which boast of being more venomous than others, but their fangs are not powerful enough to penetrate human skin in order to deliver a lethal dose of venom. While almost all these spiders use their venom for hunting, some of these use it primarily to defend themselves against predators.

As with other wandering spiders, even the Brazilian wandering spiders (Phoneutria spp.) are known to roam a lot on the forest floor, which invariably increases their chance encounters with humans. This wandering spider species constitutes a large chunk of human deaths caused due to spider bites in the American continents.

Other than the highly toxic venom, the fact that it is least reluctant to attack any living being which appears threatening makes it the deadliest spider species in the world. When threatened, this spider raises its body in an erect position, lifting its two front legs high in the air, and sways its entire body from side to side in a bid to ward off the approaching threat.

The venom of the Brazilian wandering species contains PhTx3 neurotoxin, which hampers muscle control, causes difficulty in breathing, and may even result in paralysis or asphyxiation. Of the various Brazilian wandering spider sub-species, Phoneutria fera found in Ecuador, Peru, Brazil, Surinam, and Guyana is considered the most venomous.

Resembling the tarantula species to a great extent, the Sydney funnel-web spider measures somewhere around 1 to 5 cm, is dark black or dark brown in color, and sports a glossy outer covering. Its fangs are large and strong enough to penetrate right through our fingernails and this, along with its potent venom, makes it dangerous. The Sydney funnel-web spider is also considered one of the most aggressive species of spider owing to its tendency to bite repeatedly and deliver a full envenomation.

The different toxins present in the venom of this spider are collectively termed as the Atracotoxins (ACTX). Though these toxins are harmless to wild animals, they are known to be extremely dangerous to humans. While the bite is very painful initially, because of its acidity and the size of fangs, it eventually leads to systematic envenoming of the prey/human.

Its bite can cause nausea, vomiting, facial muscle twitching, profuse sweating, excessive salivating, etc. The victim may also experience shortness of breathe, confusion, and hypertension. Further complications include hypotension and cerebral oedema, which may eventually lead to coma or even death. It is believed that its venom is so powerful that it can cause death within a span of 15 minutes.

The black widow is one of the numerous species of widow spiders (genus Latrodectus) found on the Earth. The female widow spiders practice the unusual ritual of sexual cannibalism, wherein they kill and eat the male after mating. It is this unusual practice which earns the widow spiders their colloquial name.

The females are shiny black in color and have a red or orange marking on the underside of their abdomen. The males in this species are relatively smaller in size than the females.

Though these species are small in size―compared to several other spiders―they possess extremely potent venom, which consists of latrotoxins, polypeptides, adenosine, inosine, and 2,4,6-trihydroxypurine. The neurotoxic venom of the black widow spider can cause severe pain, swelling, uneasiness, and hypertension in humans.

Also known as the fiddleback spider, brown fiddler or the violin spider, the brown recluse spider (Loxosceles reclusa) is a venomous spider belonging to the Sicariidae family of spiders. It is predominantly found in the United States and Gulf of Mexico.

The brown recluse is usually brown or deep yellow in color, with a black line coming from the dorsal side of its cephalothorax. It is this black line, which appears like a violin with its neck pointing to the rear of the spider, that gives it the name violin spider. Unlike other spiders, which have four pairs of eyes, the brown recluse spider has three pairs – one median pair and two lateral pairs.

These spiders generally take shelter in congested places, like pile of wood or clothes, in closets, garages, cellars, etc. They are not aggressive and are only known to attack in self-defense. While the brown recluse spider bite is not painful in the beginning, it can cause severe systemic reactions, which can result in death at times.

Though bites rare, they can be life-threatening due to the presence of potentially deadly hemotoxic venom which these spiders possess. Most of the fatalities attributed to the brown recluse though, are either small children or individuals with a weak immune system.

The female species is black in color and sports a red stripe on its abdomen. Sexual dimorphism is also seen in this species – the female Redbacks are approximately 1 cm in length, while the males are relatively small.

As in case of the black widow spider, the female Redback spider kills and consumes the male after copulation. Female species are more aggressive, hence they constitute a large chunk of the total spider bite cases attributed to this species.

The bite of a Redback spider is known to produce a clinical syndrome known as Latrodectism, which is caused due to the injection of neurotoxic venom by the spider. It causes extreme pain, swelling, headache, hypertension, excessive sweating, and mild burning sensation. Though very rare, it can also lead to complications such as seizures, coma, and respiratory failure.

While the Brazilian wandering spider boasts of being the most venomous in the world, it is not the deadliest spider of the lot. There exist several species which are aggressive enough to strike with the slightest provocation. The Sydney funnel-web spider, for instance, delivers less venom as compared to the Brazilian wandering spider, but its large fangs, fast-acting venom, and aggressive nature makes it deadlier than the latter. 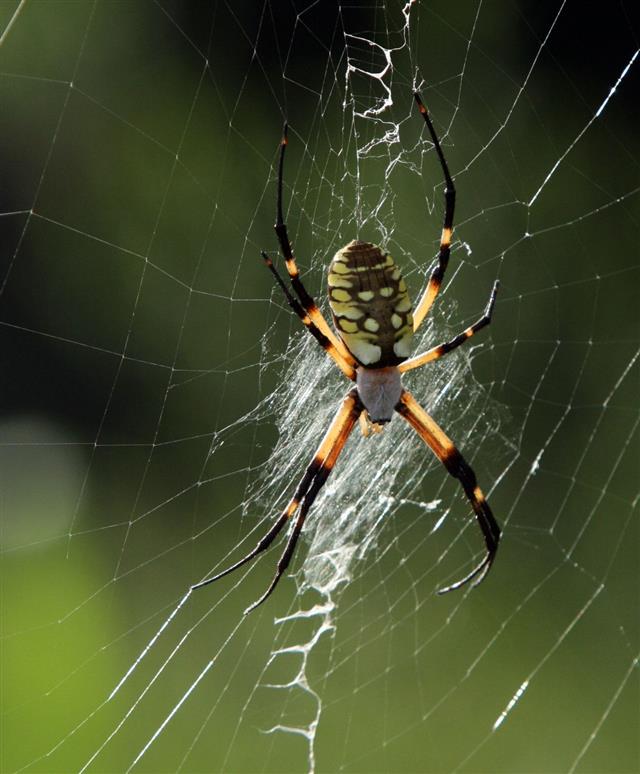 Myths about spiders (or any other species for that matter) exist in plenty, and only when we go beyond these myths, do we realize that there is a lot interesting about these insects or creepy eight-legged crawlers, than we actually know. 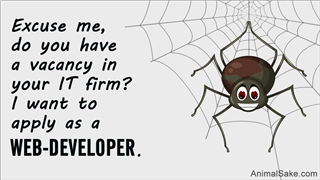 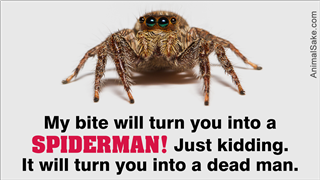