We may not have seen one, but most of us have heard of the existence of two-headed turtles and snakes through newspapers and television. Can a turtle actually have two heads? So, how does it survive with the two?

You are here: Home / Uncategorized / Two-headed Turtles are Simply Twice the Cuteness 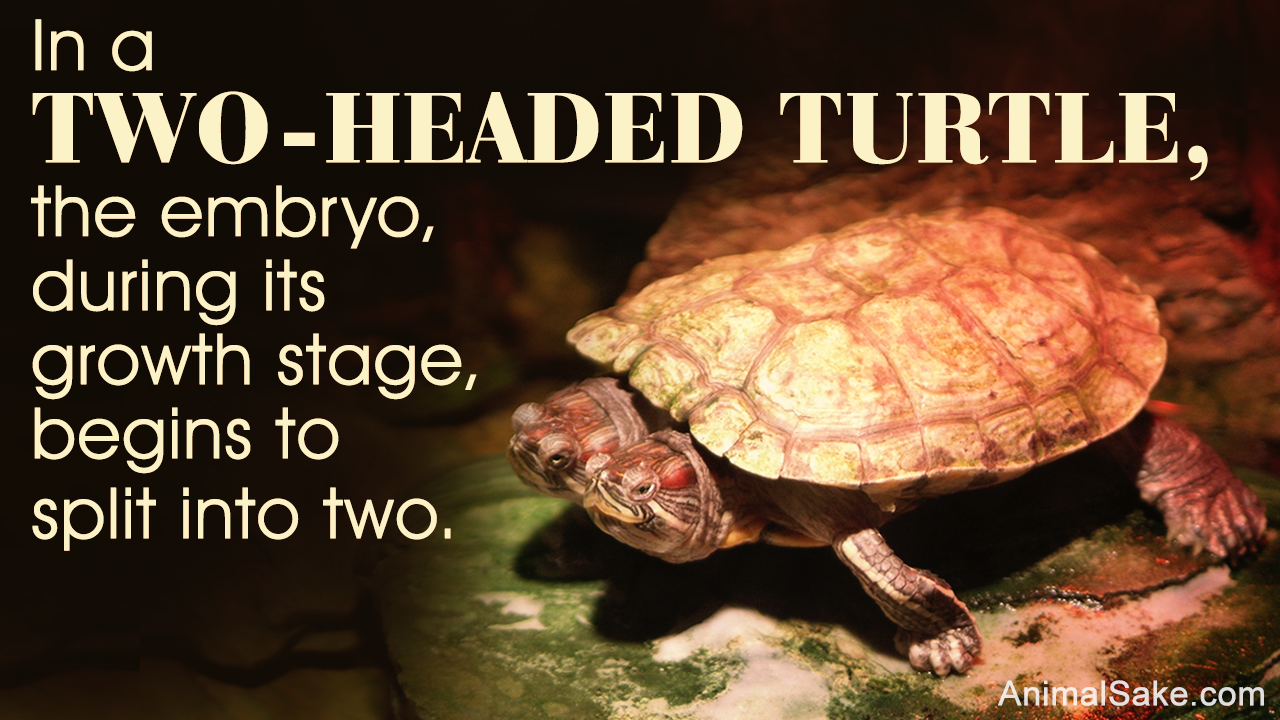 We may not have seen one, but most of us have heard of the existence of two-headed turtles and snakes through newspapers and television. Can a turtle actually have two heads? So, how does it survive with the two?

While we all have read about multi-headed monsters and animals in fiction (remember fluffy, the three-headed dog in Harry Potter), the sight of a real two-headed turtle is fascinating in itself. The occurrence of two-headed animals is not very rare, and in the case of reptiles, especially snakes and turtles, the occurrence is even more common. The moment a two-headed animal is discovered, it makes it to the headlines and people flock to get one glimpse of it.

In the scientific community, the condition of having two heads is known as bicephaly or dicephaly. It’s a subset of the condition of having multiple heads, known as polycephaly. According to scientists, two-headed turtles result from the improper genetic mutation that occurs during the embryonic stage. In animals with polycephaly, each head has its own brain, and due to some coordination and control, various limbs and organs work in tandem to carry out the daily activities. In some cases, the coordination between the two heads is very bad, which is why the animal is seen moving around disoriented.

Basically, in a two-headed turtle, the embryo, during its growth stage, begins to split into two. But while in process, it fails to do so and this leads to two heads on the same body. A rare occurrence, this abnormality is a result of incomplete splitting of the embryos and that is seen in fish, rats, snakes, cows, and even in us, humans. Siamese or conjoined twins are the result of similar genetic mutation. While there are issues of survival among such animals, some biologists and wildlife conservatives believe that with proper care and support, a two-headed animal can reach maturity.

In most of these cases, the animal has two heads, but just has one digestive system and one heart. In some cases though, a two-headed turtle is found to have two separate bodies. For instance, the two-headed snapping turtle named Emily, which was kept in the Science Museum of Minnesota in 1973, had two biological systems. Fortunately, its body is still preserved in the museum for display.

As biologists discover more about two-headed turtles, we will get to know more of such amazing facts about them! Born due to the deviation of some genes, these animals compel us to believe that the mysteries of nature are fabulous, and science can only look towards it with awe every time it comes across such miracles!