Do You Really Know ALL the Different Types of Squids? We Guess Not

The deep, blue, murky depths of the world's oceans are home to many different, fascinating and downright weird animal species. Amongst the weird genre are squids. There are many subspecies or types of squids, each with a distinctive size, color or characteristic. To learn about some different members of the squid species, scroll below.

You are here: Home / Uncategorized / Do You Really Know ALL the Different Types of Squids? We Guess Not 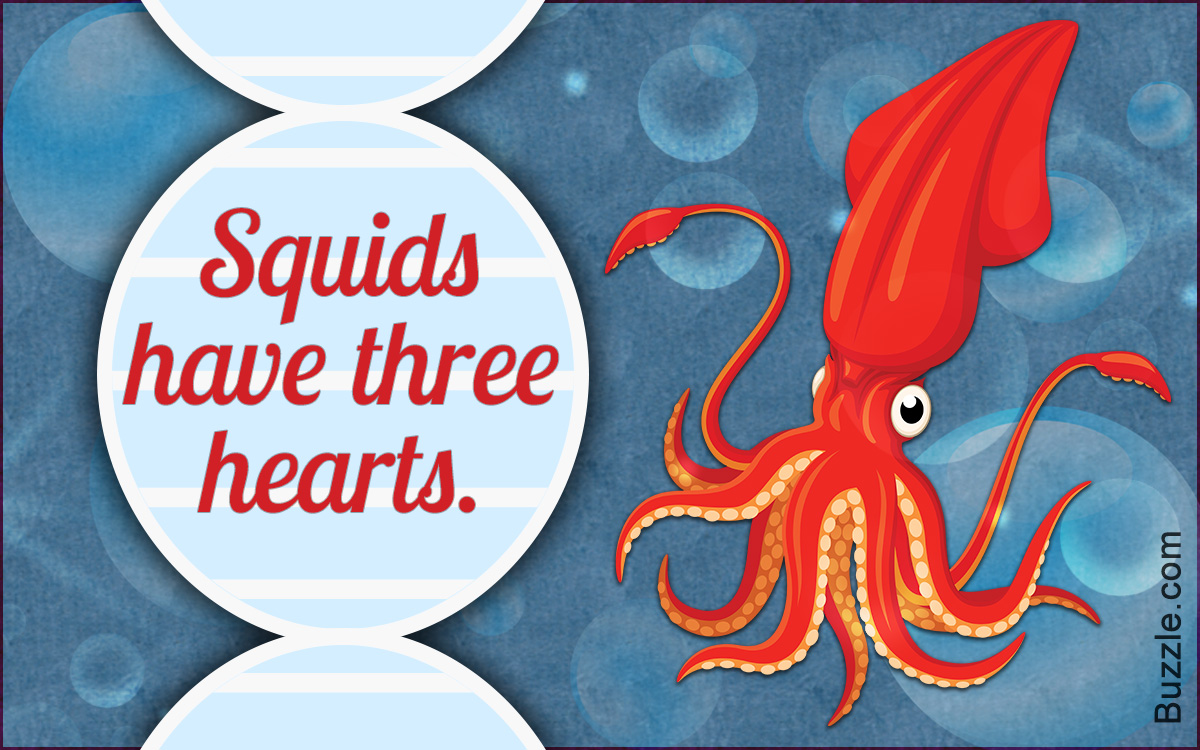 The deep, blue, murky depths of the world’s oceans are home to many different, fascinating and downright weird animal species. Amongst the weird genre are squids. There are many subspecies or types of squids, each with a distinctive size, color or characteristic. To learn about some different members of the squid species, scroll below. 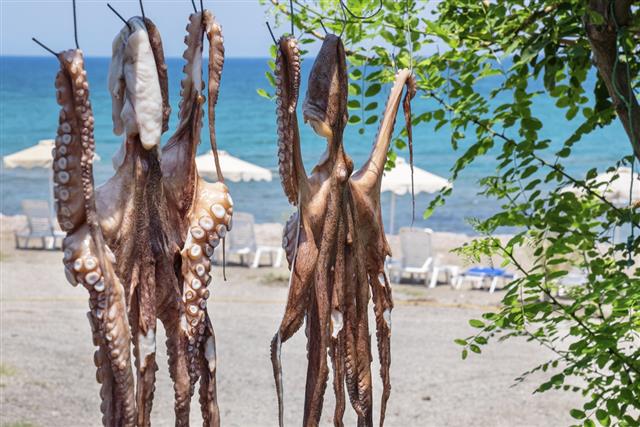 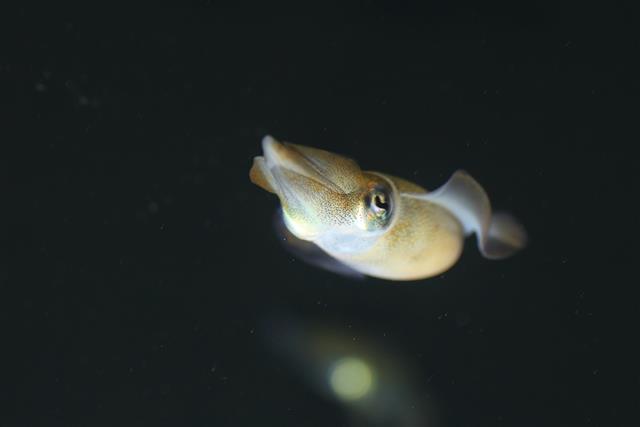 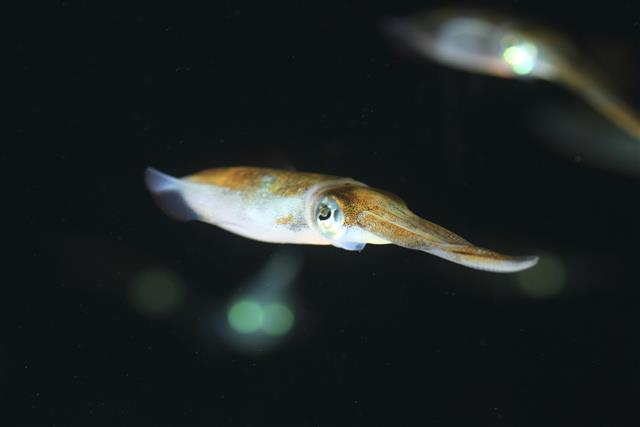 Human imagination can be highly graphic and exaggerating. Perhaps the most exaggerated of all animals, in terms of the human psyche, is the squid. Huge, scary, evil, wickedly long grasping tentacles… just a few misconceptions that exist about this, actually passive and interesting sea creature. In this article, we take a look at some of the types of squids that inhabit the Earth’s oceans.

There are nearly 300 types of squids, derived from 2 main orders Myopsina and Oegopsina, which are deep-sea dwelling squid and are larger in size. Certain anatomical differences exist between the two main orders. Here are four of the most unique and different types of squids.

In ancient times, the sea was thought of as the dwelling place for a mysterious, gigantic monster who pulled passing ships into the ocean and destroyed them. It was said to have huge tentacles and an evil, big eye. This beast was called the Kraken. While the Kraken remains a myth, in most cases, seamen might have been talking about the Giant Cranch Squid or the Colossal Squid. This is the largest known invertebrate and can reach lengths of 39 – 46 feet! It has hooked, long tentacles also lined with small teeth and a high and long mantle or dorsal body cover. To add to its fearsome appearance, it has the largest set of eyes in the animal kingdom. With such a massive size, their only natural prey are sperm whales. They are found in the water bodies between Antarctica and South America and towards the southern parts of South Africa and New Zealand.

Jumbo squid, jumbo flying squid or the very apt title of diablo rojo (Spanish : red devil) – whatever the title, this type of squid is not to be messed with. They are extremely aggressive predators, which travel in groups (shoals). Humboldt squids can reach lengths of 7 – 15 feet. They are the “feeding frenzy” type and are known to chase sharks and even eat their own shoal members who are injured or weak! They seem designed for hunting as their streamlined body comes equipped with its own siphon and 2 large fins for maximum speed. Their tentacles are lined with suckers and rows of sharp teeth, all the better to catch prey with. Whether they attack humans swimming at deep depths, is a hotly argued point. With respect to their intelligence, there is no argument. They are perhaps the only invertebrates who cooperate and hunt. They are found in the Eastern Pacific ocean, so they count as a common squid species found along the coasts of North America and Alaska.

Here’s another frightening member of the squid species. Black in color, red or blue glowing eyes and webbed arms or tentacles, this Dracula of the ocean can reach lengths of 1 foot approx, making it a smaller member of the squid race. They move through the water by flapping their fins, located on each side of their mantle. Another spooky trait of these squids are they glow on their own! Their skin is covered with small organs called photophores, which produce light and the squid can completely control the intensity of the light. They also need very little oxygen and are found deep within the murky depths of the ocean.

Here’s another glow-in-the-dark squid. This member is a little one, reaching just 3 inches of length. Its little tentacles are covered with photophores and using the lights, this squid attracts small fish. When the unsuspecting fish come close to flashing light, the squid pounces on it and eats it. They are found in the Western Pacific ocean, off the coast of Japan.

While squids as a species seem to favor the weird look, this type of squid is actually very cute looking. Just 100 mm long, this teeny-tiny squid species is rotund in shape with its tentacles situated above its eyes. Its fins are paddle-shaped and at the end of its body, so it moves forward through their propelling action rather like a power boat. They are deep sea dwellers and are found nearly 300 feet below the ocean’s surface, in dim light conditions. The entire body shape and pattern of this squid, from the round shape to the little tail (fins) make it seem like a baby pig, which is why the word “piglet” is in its name. Not much is known about this little squid due to its rarely visited and difficult habitat characteristics.

This squid species is found in the North Atlantic ocean and the waters around Bermuda, Hawaii, Japan, Australia and New Zealand. In the ocean, it resides at depths of 3000 feet. At such deep underwater depths, it can get pretty dark. But that is not a problem for the Dana octopus squid. It gives off its own luminescent light through minute organs embedded in its tentacles called photophores. It can even control the intensity and occurrence of the light, so it flashes and glows to attract prey, frighten off predators and as a mating ritual.

Some other types of squid species are :

From the various squid species listed above, it’s easy to marvel at the extent of evolution and diverseness of nature. Each squid species is much more than a tentacle sporting, floating embody of the murky depths. Whether they glow in the dark or can “fly” through water, the squid on the whole, is one fascinating specimen of underwater life. 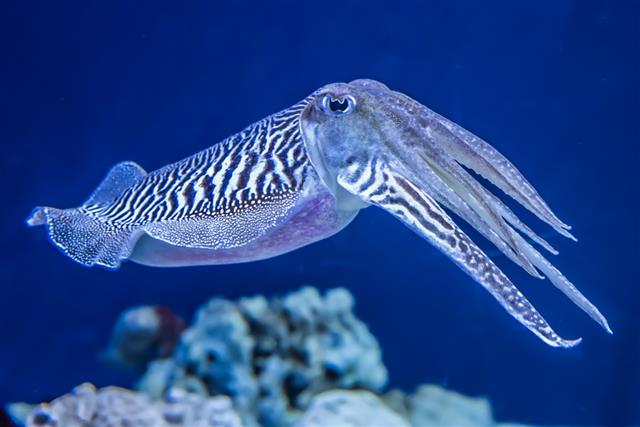