Different Types of Water Bugs You Wanted to Know About

Water bugs form the mesmerizing world of a large number of insects that are found in almost all the quiet streams and ponds all over the world. There is a large variety of them. Read on to know more about the various types of water bugs.

You are here: Home / Uncategorized / Different Types of Water Bugs You Wanted to Know About 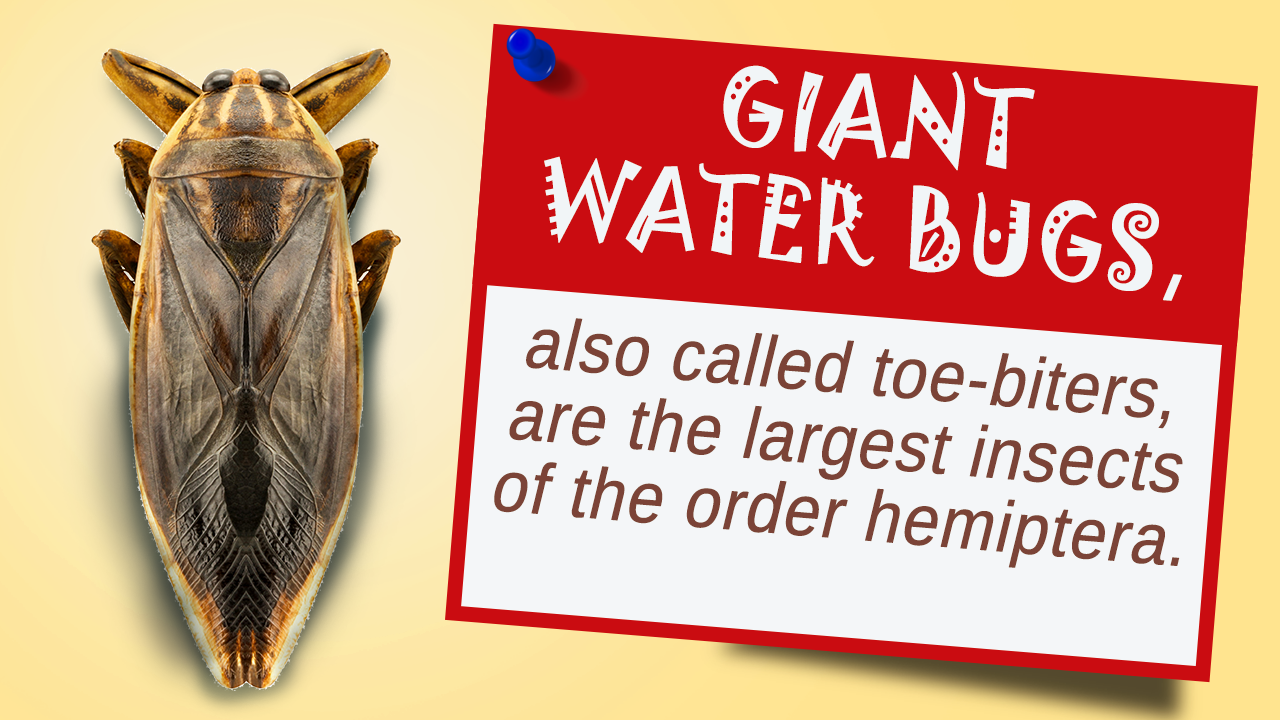 Water bugs form the mesmerizing world of a large number of insects that are found in almost all the quiet streams and ponds all over the world. There is a large variety of them. Read on to know more about the various types of water bugs. 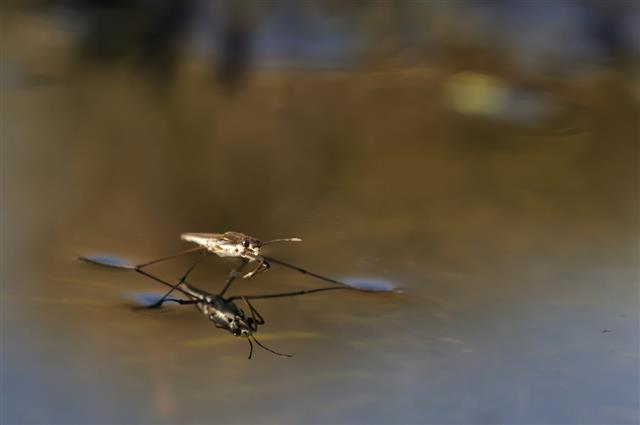 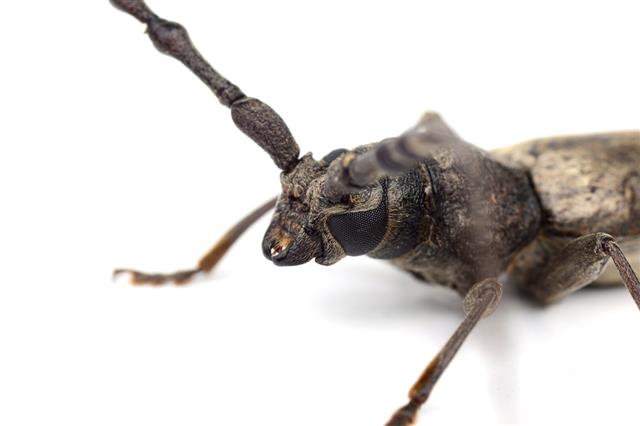 Insects are invertebrates that belong to the class Insecta. They are characterized by a hard exoskeleton, and their body is divided into three distinct parts – the head , the thorax, and the abdomen. All insects have three pairs of jointed legs, compound eyes, and a pair or antennae. The class Insecta has a number of orders under it. One of the various orders is Hemiptera, which includes the ‘true bugs’, to which the different types of water bugs belong.

Water bugs refer to a large number of aquatic insects that belong to the group called ‘true bugs’, most of which are terrestrial. They belong to the order hemiptera, and are classified into the infraorders nepomorpha and gerromorpha. Water bugs differ from most other lake and pond insects in the fact that they do not have gills to breathe. Rather, they use oxygen directly from the air. Those that do go beneath water carry a supply of oxygen with them in the form of bubbles, or as a glistening sheath of air trapped within the waterproof hair on their body. Except for the water boatman, most water bugs are predatory. They have sharp beaks and stinging apparatus with which they can deliver a powerful sting or inject enzymes that would dissolve the tissues of their prey. Then they suck out the liquefied insides of their victim.

Back swimmers get their name from the fact that they swim upside down on their backs, with their legs up on or near the surface of the water. They can be recognized by their curved back and a broad keel on the abdomen. They have large eyes that cover most of their head. They swim with their hairy hind legs that they paddle hard while swimming. Back swimmers are just about 2 cm in size. They are predatory and feed on smaller aquatic animals like blood worms and aquatic larvae. They are known to attack tadpoles and small fish, and can also deliver a painful bite to human beings. Back swimmers are found in still freshwaters of lakes, pools, ponds, and marshes.

Scientifically known as Nepidae, water scorpions belong to the order Hemiptera, and the suborder Heteroptera. These are water insects that get their name due to their specialized grasping forelimbs that are similar to the anterior pincers of a scorpion. They have an elongated breathing tube that looks like the stinging tail of a scorpion. There are two types of water scorpions. One is thin and looks like a stick whereas the other variety is more leaf-like. These are carnivorous insects that seize their prey with their front limbs and suck out its body fluids.

Commonly known as toe biters and electric-light bugs, giant water bugs are the largest insects of the order hemiptera. These insects like the slow moving clear waters of freshwater streams and ponds. They are ambush hunters that grab hold of plant parts close to the surface and lie motionless, waiting for their prey. When a prey passes by, the bugs grasp them with their strong front legs. They pierce the body of their prey with their sharp beak and secrete enzymes that digest the body tissues which they then suck up. Their diet includes aquatic invertebrates, tadpoles, and small fish. Besides their huge size, the giant water bugs can be identified by their sharp, pointed beak that is present on the underside and wings that overlap at the hind end of the abdomen.

This group of insects includes about 500 species that are divided into 33 genera. Water boatman have long, flattened bodies that measure up to 13 mm in length. They have a triangular head and their bodies are marked with distinct black or dark-brown striations. They have 6 legs in all, 2 short ones in the front and 4 longer ones at the rear. These insects get their name from the fact that their hind legs have hair that cover the legs in the shape of oars. They are different from the other members of the order hemiptera, in that they are mostly non-predatory. Instead, a water boatman feeds on water plants and algae. They inject saliva into plants with their straw-like mouth parts. The saliva dissolves the plant parts that are then ingested by the insects.

Water striders are flat and long insects. They can be easily identified by the second and third pair of legs that are almost twice the length of their body. They have a pair of short front legs that they use for catching prey. Like most other types, water striders are carnivorous. They eat larvae and small insects that fall on the surface of the water. They push their prey into their mouth and suck it dry. Though these insects can sense vibrations on the surface of the water, their predators like birds and fish take advantage of the fact that water striders cannot detect motion above or below the water surface.

These different types of water bugs form an enchanting world of their own . As predators, they form an important component of the pond ecosystem and maintain the balance of aquatic life forms. 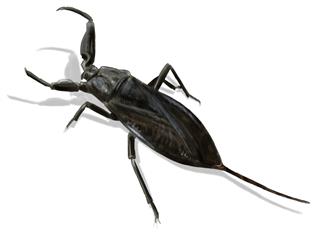 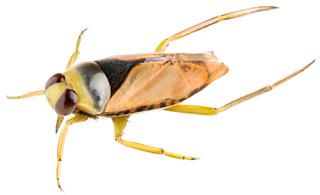