What Do Polar Bears Eat? Well, It’s Not What You Thought

Native to the Arctic and its surrounding areas, polar bears are considered the largest land carnivores. Go through this article for a brief overview about polar bear diet.

You are here: Home / Uncategorized / What Do Polar Bears Eat? Well, It’s Not What You Thought 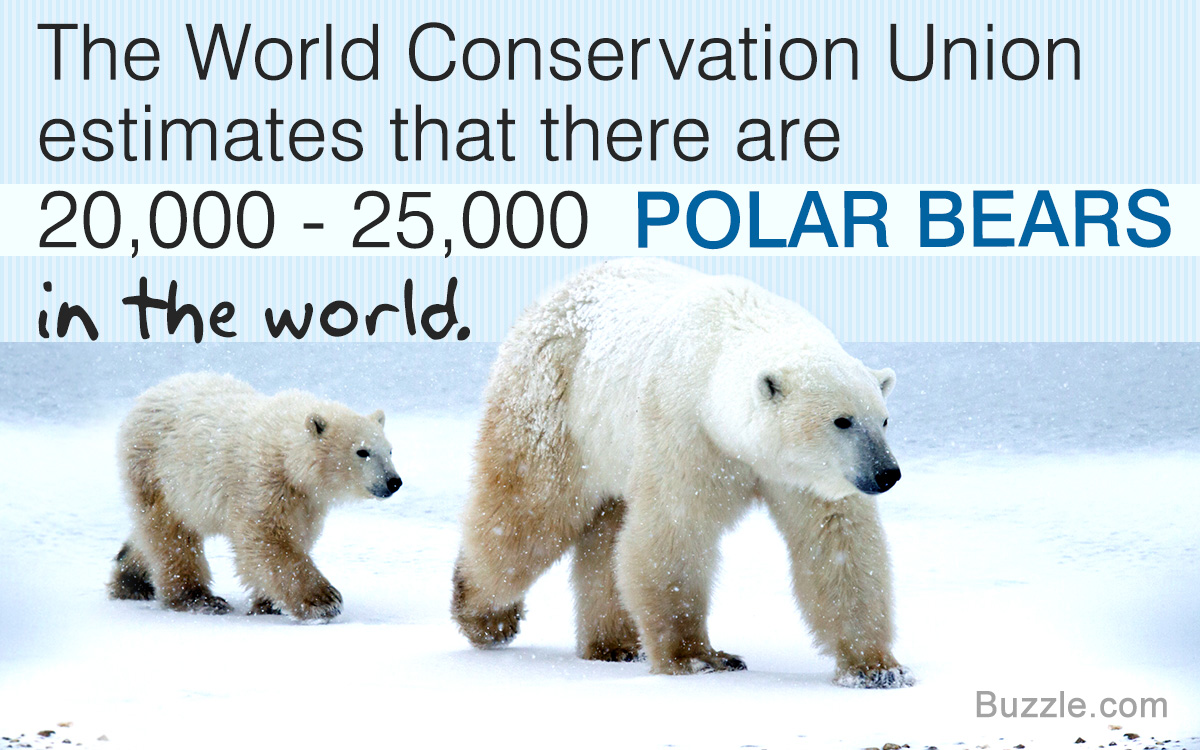 Native to the Arctic and its surrounding areas, polar bears are considered the largest land carnivores. Go through this article for a brief overview about polar bear diet. 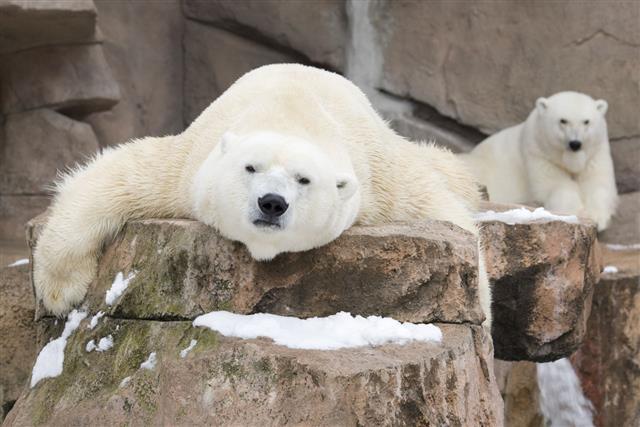 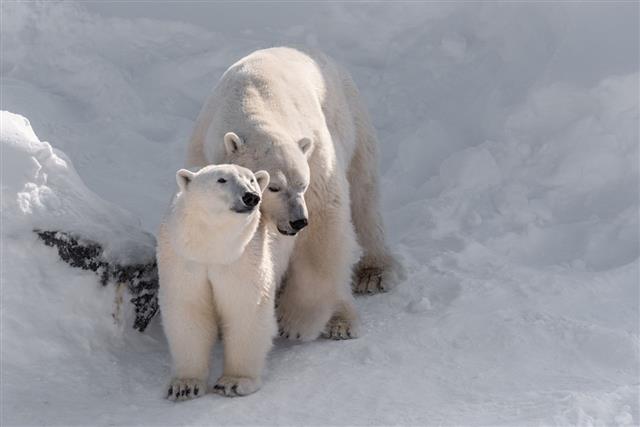 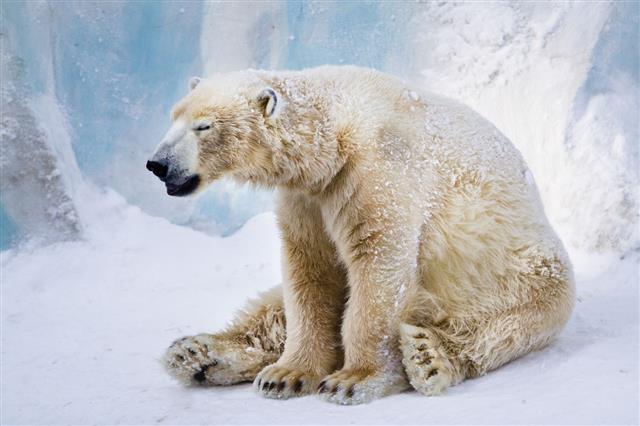 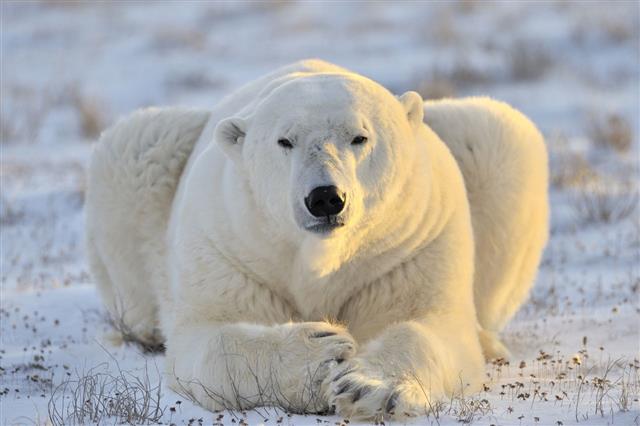 Polar bears are the largest bears in the world and live in the Arctic region. Though they are related to brown bear, many features of polar bears have evolved as adaptations to the harsh conditions of the Arctic. They are classified as marine mammals and are otherwise known as ‘maritime bear’. These giant bears are the largest carnivores of the bear family. Polar bear adaptations enable them to move across ice, land and sea. These animals are excellent hunters and their white coat is beneficial for camouflaging, while hunting in snow. Though they are carnivores, polar bears may occasionally feed on plant matter too.

Polar bears adorn the position of top predators in the Arctic food chain. Though most of the bear species are omnivores, polar bears are classified as true carnivores. The carnivorous nature of these animals is said to be an adaptation, as other food sources are scarce in their habitat (the Arctic region). However, they may feed on berries, roots and seaweed occasionally. This happens mainly during summer, when other food sources become scarce.

What is the Staple Food of Polar Bears: The staple and primary food of polar bears is seals. These bears mainly feed on ringed and bearded seals. They also feed on hooded and harp seals. Seals are plenty in the Arctic and they are hunted when they come out to rest on the ice, or when they surface through ice holes to breathe. Adult polar bears eat the seal’s skin and the fatty layer beneath it, called blubber. The protein rich red meat is consumed by the younger bears and other animals like Arctic foxes and ravens. The subadults, who live separately from their mothers, also get sufficient nutrition from these carcasses. Even if the subadults hunt and catch prey, they may not be able to defend the adult polar bears, who feed on the prey first and leave the half-eaten carcass for the subadults. Seal hunting is done throughout the fall, winter and spring, when there is plenty of ice. Polar bears are usually not found to hunt seals in open water.

What do Polar Bears Eat Other than Seals: Apart from seals, polar bears feed on the carcasses of adult walruses, beluga whales and narwhals. Sometimes, they may kill young beluga whales and walruses. Adults are not attacked, as they are huge in size, than the polar bears. During summer, most of the ice melts and seal hunting becomes almost impossible. While some of the polar bears travel long distances to remain in ice-filled areas (to avoid scarcity of food), those who stay on the land have to be satisfied with other wild food like rodents, shellfish, crabs, reindeer, muskox, birds, eggs and even other polar bears. They are also found to eat plant material like berries, roots and seaweeds, during this season. However, the major chunk of their food consists of fat and meat of marine mammals like seals, as they do not get sufficient amount of calories from terrestrial food. It is also seen that these animals can be scavengers and consume garbage if they enter places with human inhabitants. They can feed on anything dumped by humans, like car batteries and plastic.

Do Polar Bears Hibernate?: Though they do not hibernate in the true sense, males and non-pregnant females enter a state called walking hibernation. This happens usually when food sources are scarce. During fall, pregnant polar bears make dens in snow or in earth (beneath the snow). They stay in these dens from fall to spring. They give birth to cubs during November or December and come out of the den, in March or April. Inside their dens, they sleep and rest. Their heart rate slows down, but the body temperature is retained normal, as it is necessary for childbirth and nursing. Polar bears other than the pregnant members are found to be active throughout the year. But, when the food sources become scarce, their body temperature as well as heart rates lower slightly. The rate of metabolism slows down and they utilize the fat reserves in their body. In short, polar bear hibernation is also linked to food scarcity, but is not like that of other hibernating animals.

The hunting area of polar bears is primarily the interface between air, water and ice. It is very rare to see a polar bear hunting for a seal on land or in open water. They adopt a method called ‘still hunting’ to catch prey. They use their smelling ability to locate seals. These bears can smell the breath of seals and wait near ice holes where the seals surface to breathe. As the seal exhales, the polar bear smells it and uses the forepaw to reach into the hole and drag the seal out of the hole to the surface of the ice. Once the seal is taken out, the bear bites into the skull of the seal to kill it. Polar bears can also hunt seals resting on the ice. Upon seeing a seal, the polar bear walks to a spot that is around 100 yards away from the seal. Then they crouch another 40 feet towards the seal and attack it. They also search for the birth lairs made by the female seals in the snow. In case of whales, the same method is adopted by the polar bears. They swipe at the whales, when they surface at breathing holes. It is very rare for the polar bears to attack an adult walrus, which is very big in size. Polar bears being heavy, cannot outrun most of the land animals. The same thing happens in case of marine animals as well, as they can swim faster than polar bears. This is one of the reasons why the diet of polar bears consists mainly of seals. These bears are so hygienic that they have the habit of washing themselves with water or snow after feeding.

These fabulous animals are categorized as a ‘vulnerable’ species, as they may become endangered in the near future. Polar bear life cycle is affected by many factors, the most important among them being global warming. Now that we know what do polar bears eat, we must restrict our activities to ensure them an uninterrupted food supply. 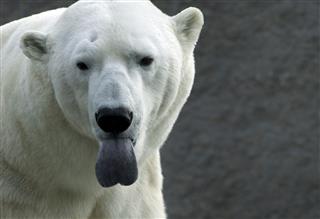 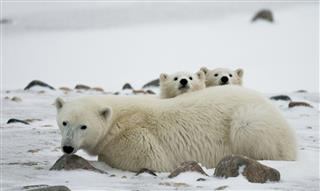 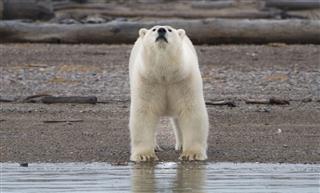 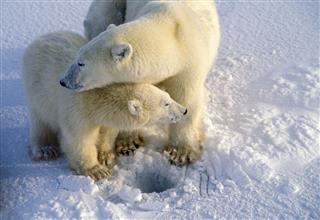 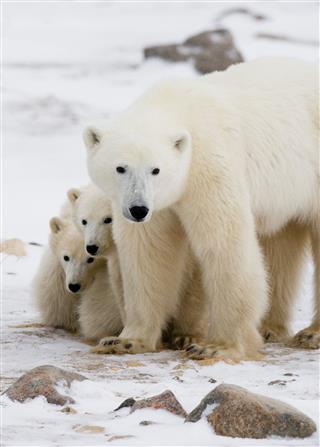 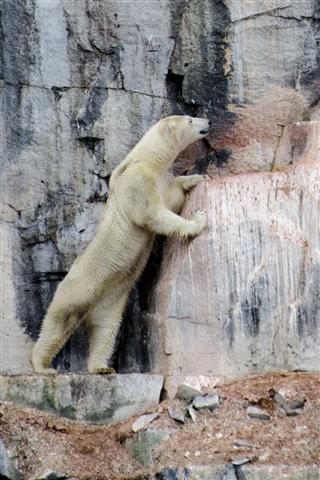 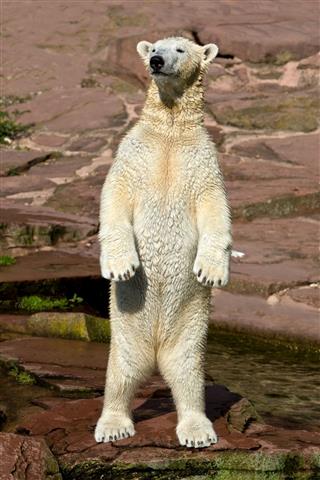 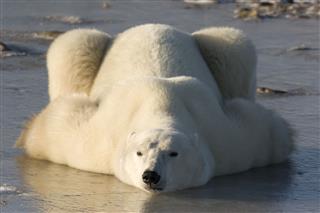