Black or White? What Color are the Stripes of a Zebra?

Everyone knows that zebras are striped black and white. But are they black stripes on white, or white stripes on black? Let's find out...

You are here: Home / Uncategorized / Black or White? What Color are the Stripes of a Zebra? 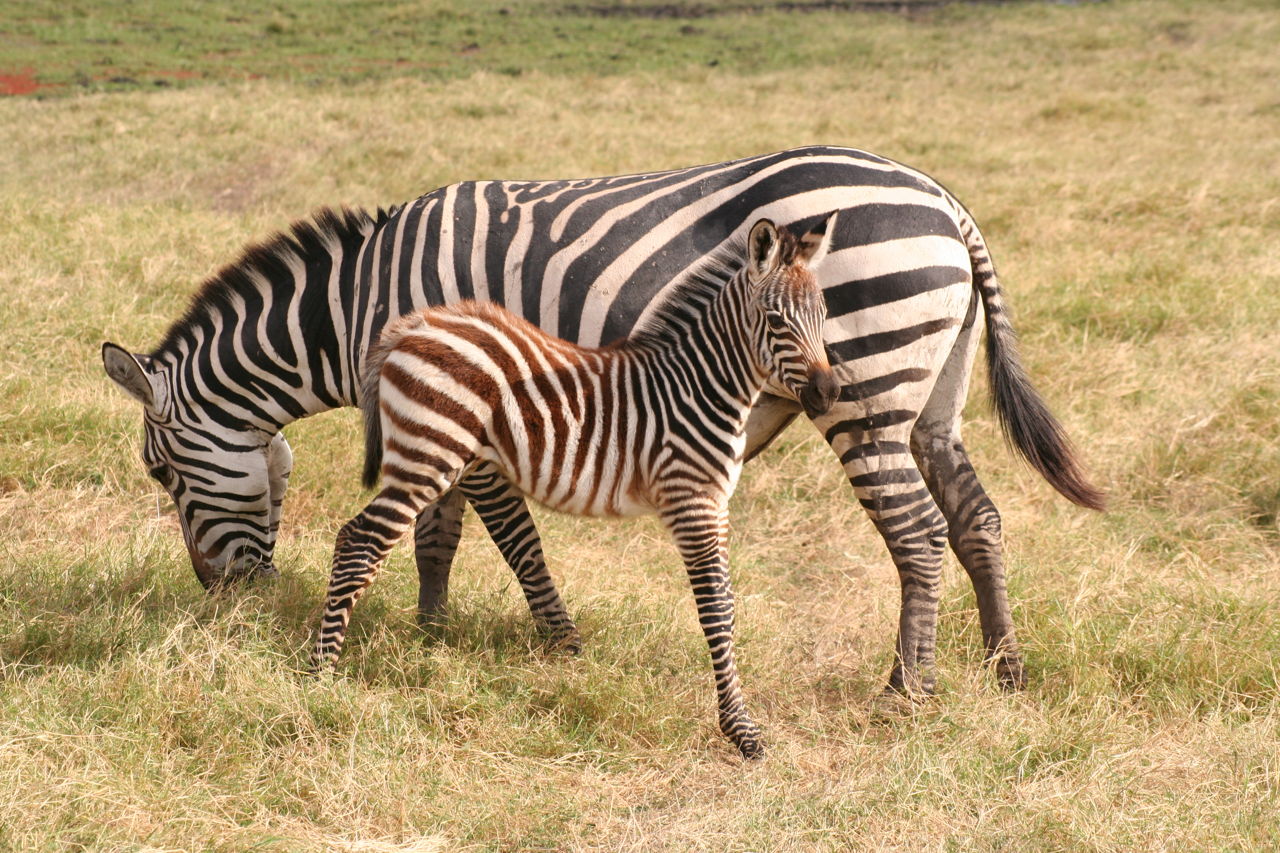 Everyone knows that zebras are striped black and white. But are they black stripes on white, or white stripes on black? Let’s find out…

The African zebra is one of the oldest animals in the horse family, but it seems to be much more exotic than donkeys and quarter horses. One would imagine, then, that the zebra is an anomaly, and other equine animals are more in line with the origins of the species. However, today’s zebra closely resembles the earliest of its equine ancestors.

Now, let’s get to the part that interests everyone―their stripes. We’ll first talk about what use the stripes have for these animals, what color the actual stripes are, and the difference in the stripes according to various species.

Use of the Stripes

Zoologists aren’t really sure why the zebra has a striped pattern on its coat. The genetic mystery of the stripes is unique, but the color pattern actually works quite well for the zebra in its native environment. The stripes deflect up to 70% of the heat that hits the zebra’s body during the day. The arrangement of its stripes also is mysterious, because each zebra has a totally uniquely designed coat. The stripes on its withers (shoulders) contain the most specific markings to an individual zebra, and each animal is able to tell the others apart. Zebras travel in groups, often migrating up to 300 miles or more to graze.

People who wear zebra-print outfits on a crowded street are easy to spot, so you might think that a zebra’s stripes make it easy prey. But in the jungle, a zebra’s stripes are actually good camouflage to keep it hidden from its primary predators, which are hyenas and lions. Since they travel in herds, experts believe that the huge sea of stripes confuse predators by looking like an optical illusion, blending all the animals’ figures into one undulating, striped blob. A group of a dozen zebras might be too intimidating for a single lion to take on by himself.

Okay, so now that we know how useful the stripes are to zebras, how can you tell whether they are white stripes on black, or black stripes on white? Genetics are the answer. The striping pattern has something to do with the effect of striping pigmentation. The pigments that color the fur are produced by melanocyte skin cells, and specific chemical messengers are responsible for regulating, which melanocytes give pigment to the zebra’s skin. The pattern of each zebra’s coloring is determined during the embryonic phase, before the zebra is born.

There are many conflicting perspectives related to the black on white, white on black question. But many zoologists describe the zebra’s color pattern as ‘black with white stripes’ This makes the most sense, because the color pattern results from the process of pigment activation and inhibition―activation results in black, and inhibition results in white (lack of pigment). This means that black is the actual fur color, and the white stripes are simply areas that lack any pigmentation. The idea of white stripes on black is further supported by the fact that most zebras have dark-colored skin beneath all their black and white fur.

Although all zebras share the striped pattern and generally look the same, there are distinct differences between the three species that exist. Grevy’s zebras are the largest of the zebra family, and their stripes are narrower. They have black stripes down their spines and white underbellies. Burchell’s plains zebras are the most prolific species of them all, found in the northern areas of Kenya. They have broad stripes that fade to gray as they move down the body, and their legs have a lot of white. Mountain zebras are the least common species, and they are easily distinguished from other species by a square skin flap on their throats. They have wide black stripes against a background that is cream-colored.

Regardless of what you think about whether zebras have black stripes on white or white stripes on black, everyone agrees on one thing―zebras are beautiful, fascinating creatures, with their own unique place in the animal kingdom. 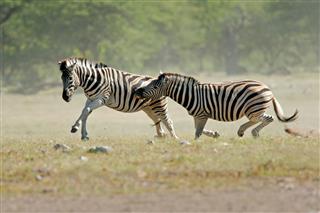 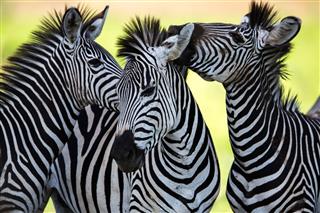 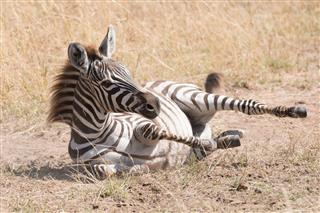 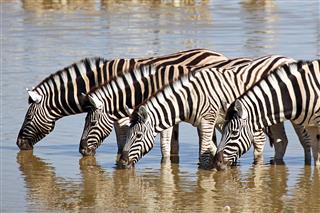 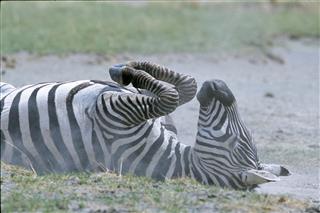 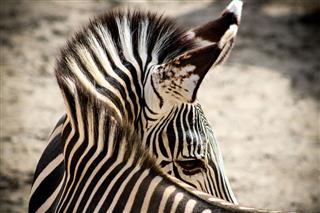 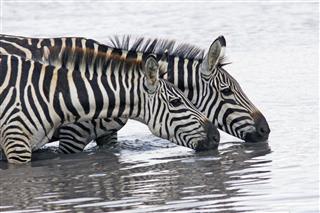 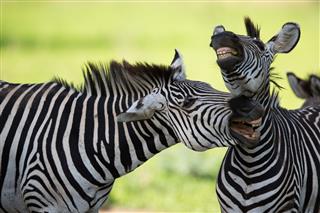 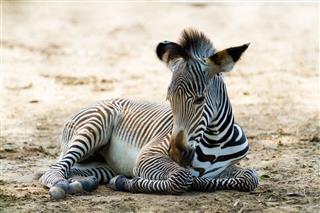 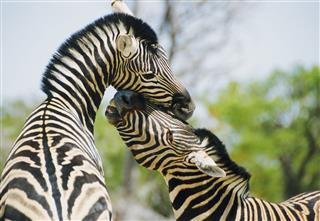 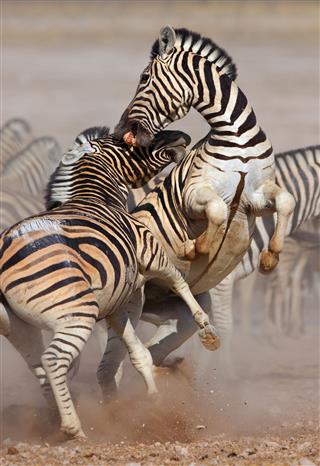 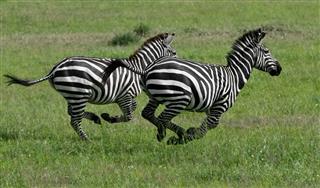 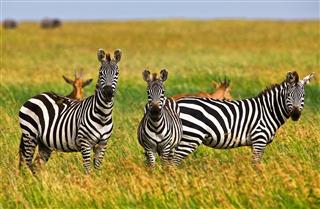 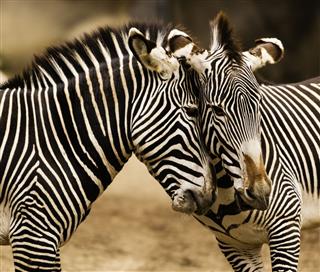 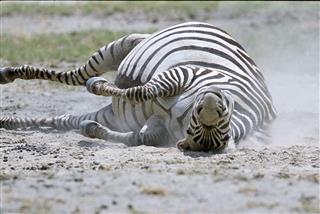 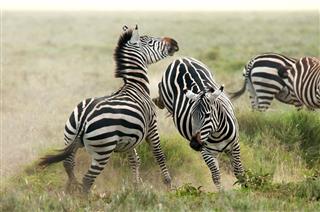