What Do Elephants Eat?

Elephants are magnificent creatures who consume massive amounts of food. They are one of the largest land animals that belong to the family Elephantidae. This AnimalSake article demonstrates to you what eat elephants eat.

You are here: Home / Uncategorized / What Do Elephants Eat? 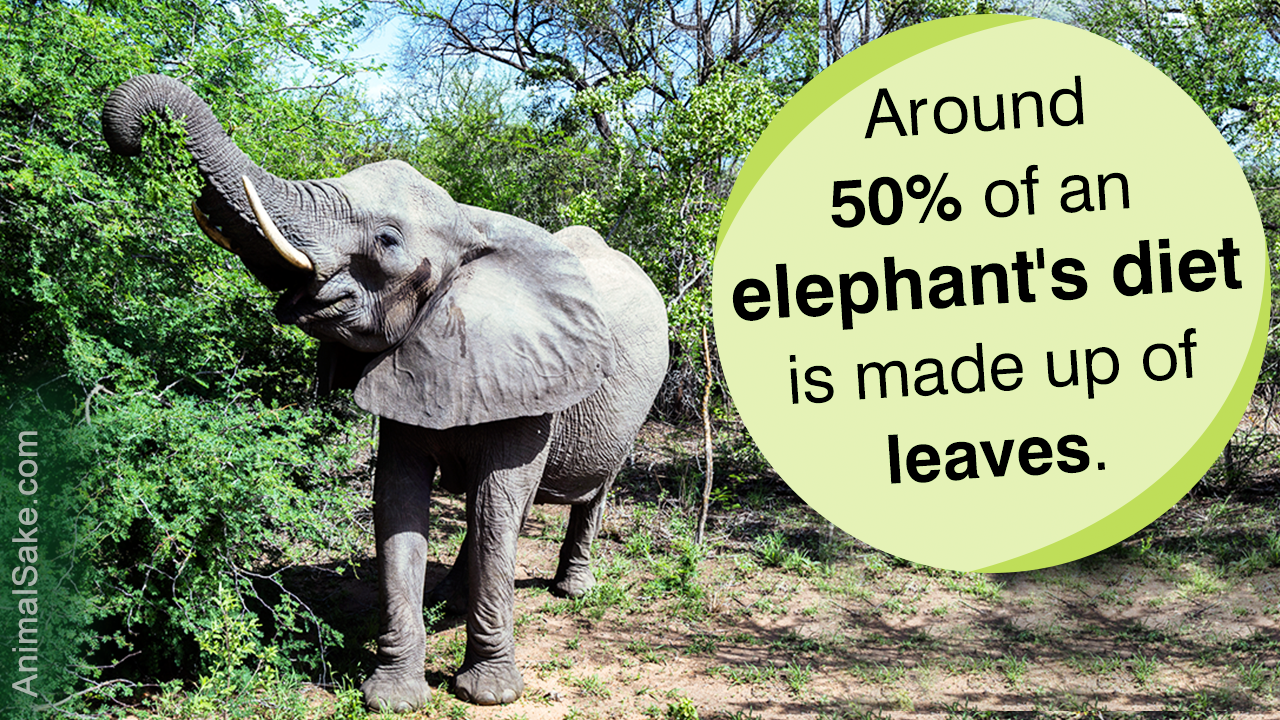 Elephants are magnificent creatures who consume massive amounts of food. They are one of the largest land animals that belong to the family Elephantidae. This AnimalSake article demonstrates to you what eat elephants eat.

Elephants are easily recognizable, thanks to their big ears and long trunks. An interesting fact about elephants is that in spite of their weight (which is a lot), they can be very fast and swift. In the forest, healthy adult elephants are the only animals that lions are hesitant to attack. 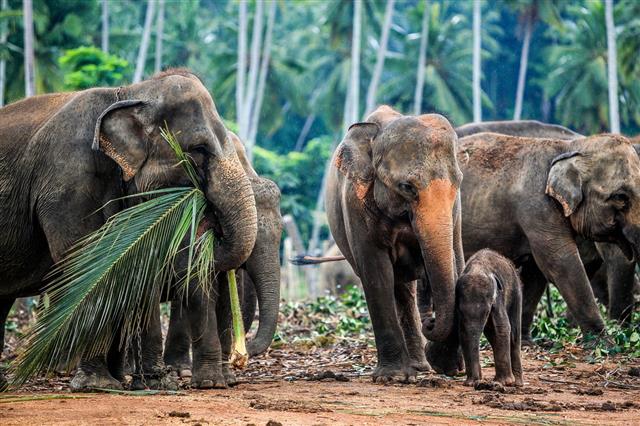 Elephants are present all throughout Asia, Africa, Europe, and Australia. Due to the variation in their habitat, their diet also differs. They are known to consume several pounds of vegetation daily and feed for 16 hours or maybe more.

As elephants are both grazers and browsers, it becomes easy for them to locate food. They can feed on plants of any size, right from grass up to trees.

Elephants are herbivores. This means that their food consists of leaves, twigs, branches, grass, roots, seeds, fruits (including wild fruits), and flowers. However, 50% of an elephant’s diet is made up of leaves, while the other 50% is supplemented with the other items mentioned above. They generally do not differentiate between plants while eating, and they can consume grasses as well as the leaves of big trees willingly.

Tree bark  is one of their favorite foods as it contains calcium. It also provides them with fiber and roughage, which helps in their digestion process. It is very important for them to obtain the required fiber content from their diet.

Elephants obtain their salt and mineral requirements by digging up the soil. They move the soil around with their trunks, and then pick up chunks of the displaced soil and put it in their mouths. This habit causes them to leave deep holes in the ground. However, these holes help other animals with their salt and mineral requirements as well. They also provide a safe place for many animals to hide in.

Owing to their huge size, elephants can consume 140 to 170 kilos (300 to 375 pounds) of food a day. They spend nearly 80% of their day eating, which is sixteen to eighteen hours. This proves that they love to eat. Pregnant females eat even more than the normal quantity.

Elephants also need a lot of water to drink. They generally require between 20 to 30 gallons a day. However, at times, they can also drink up to 40 gallons of water in a day. They use their trunks to splash the water into their mouth.

Oddly, elephants cannot digest between 30 to 60% of their food. This is true for elephants in the wild as well as in captivity. It is due to the lack of digestive ability that the food intake is released from the body, undigested. 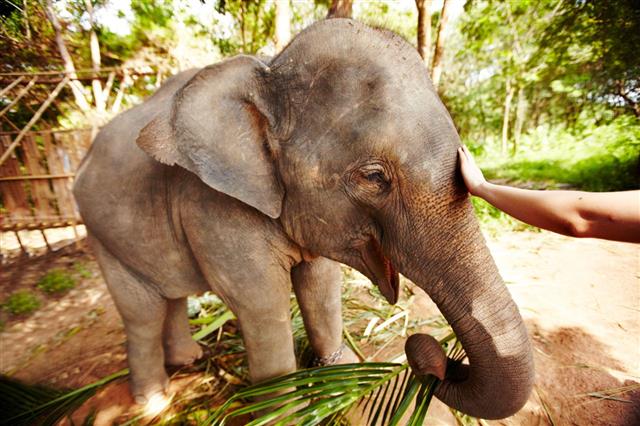 In captivity, the diet of elephants needs to be watched carefully. The handlers need to be careful not to feed the elephants too much or too little food, which can make the animals either obese or undernourished.

Water: The first and most important component of their diet is water. They must be provided clean water every day in inbuilt tanks or large containers. Just like in the wild, elephants in captivity also need a lot of water. The quantity can be adjusted according to the season, humidity, and temperature.

Hay: A common food item that zoo elephants eat is hay. This forms a major component of their diet. The hay is chosen according to the variety that is suitable for the elephants and the nutrition that it can provide them.

Fruits and Vegetables: The next item that is on the list is vegetables and fruits, which can include sugarcane (a favorite of this mammal), apples, bananas, carrots, tomatoes, parsley, turnips, potatoes, lettuce, cabbage, beet, kale, pears, etc.

Browse: Another important food component of zoo elephants is known as browse, which includes leaves and bark of trees and shrubs. Browse also forms a bigger component of their diet as compared to vegetables and fruits.

Other Supplements: Zoo elephants also require pellets or special grains formulated with essential nutrients that are important for their health. Along with this, special supplements need to be given to them on a regular basis to make up for the essential vitamins, minerals, and salts that may be lacking in their diet.

Elephants are mainly threatened by human invasion and poaching. It is the loss of habitat that has mainly caused a further reduction in their numbers. Elephants require huge areas of forest land so that they can take down trees for their food. They then leave the place and come back once it is re-vegetated.

Due to the lack of availability of these large land areas, several conflicts occur between human beings and elephants. These conflicts lead to loss of lives on both sides and more elephants as compared to humans lose their lives.

These animals do not get to sleep much because they move over great distances while searching for the large quantities of food that is needed to maintain their massive bodies. 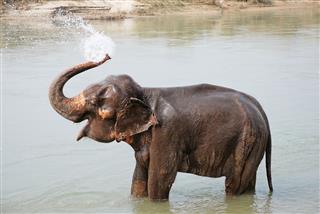 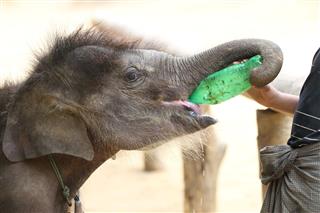