Confused About What Squid Eat? You’re Not Alone!

The ocean homes numerous species of sea creatures. Squid are one of these weird yet interesting species of marine animals. What does the squid eat? Read through this article for some interesting answers.

You are here: Home / Uncategorized / Confused About What Squid Eat? You’re Not Alone! 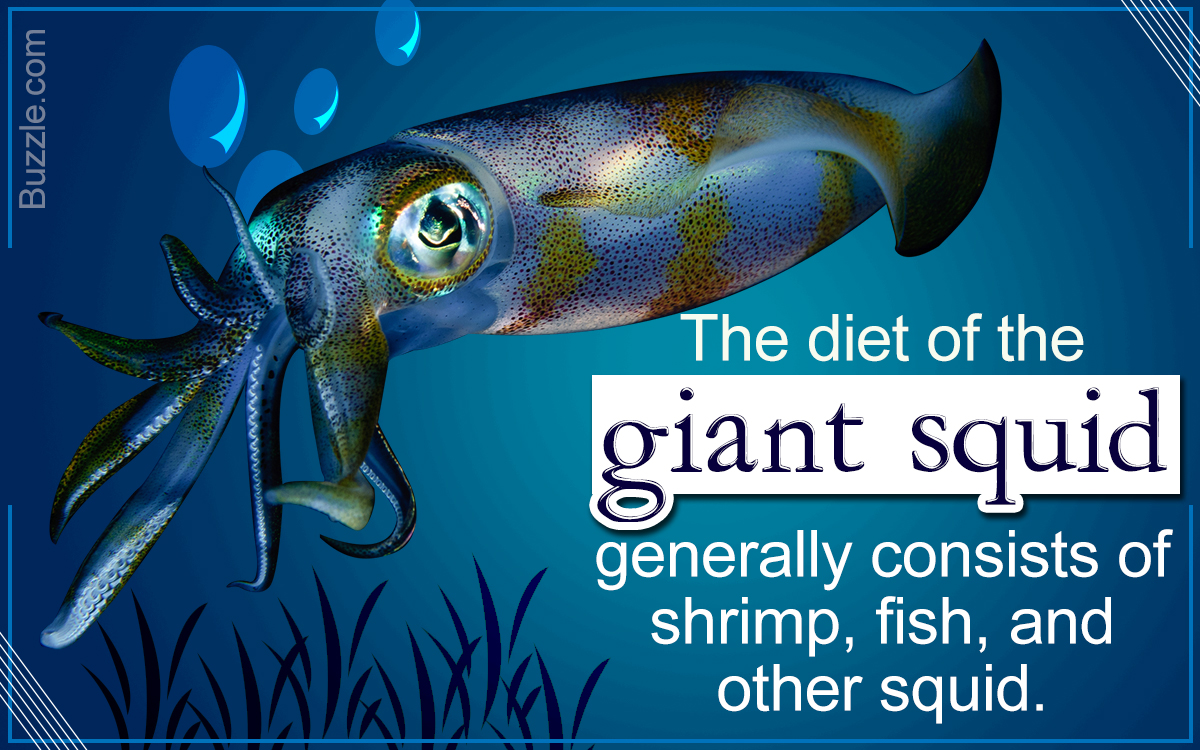 The ocean homes numerous species of sea creatures. Squid are one of these weird yet interesting species of marine animals. What does the squid eat? Read through this article for some interesting answers. 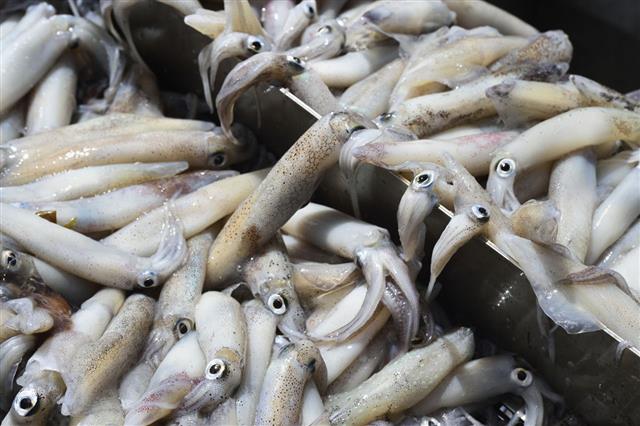 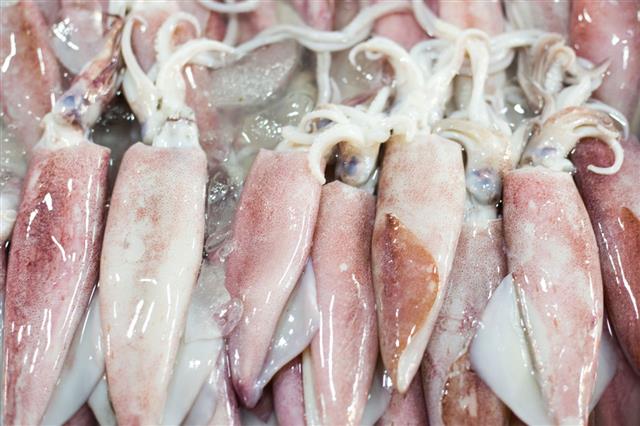 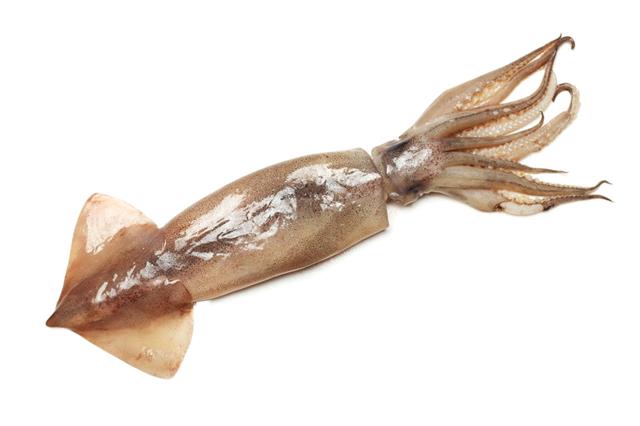 Some species of squid have the largest eyes in the animal kingdom. A giant squid has an eye which is the size of a human head (in diameter) or a football!

There are 300 species of squid in the oceans around the world. Like the cuttlefish, a squid has four pairs of arms and a pair of tentacles. Squid belongs to the class marine cephalopods, and order Teuthida. They are saltwater species, and are not found in fresh water. Most squid live in the deepest regions of the ocean. They are carnivores with a large appetite. Even a young squid can have a large amount of food. What a squid eats depends on the size and the species in question; however, most squid eat crustaceans like shrimp and some species of fish. Bigger squid also prey on large creatures like the whale and shark.

A little about their anatomy will help in a better understanding of their diet. Squid do not have vertebrae, and have soft bodies. They have a big head and two huge eyes. A squid has three hearts and a narrow digestive system that passes through its brain. It has eight arms with round disc-like structures called suckers, and two tentacles that have sharp hook-like structures in a ring formation. These help the squid snap at its prey for grip. The squid has a sharp, parrot-like beak near its mouth. With this, it shreds the prey before eating it. It also has a tongue-like structure, which has file-like teeth. They work as grinders, which reduce the food to tiny bits before it is swallowed. Since the esophagus of the squid runs through its brain, food has to be finely chewed before it enters the system.

What do Squid Eat?

Many studies and a lot of research work has been conducted to understand what squid eat. As discussed above, they are highly carnivorous and deadly hunters. They hunt on their own.

The diet habits vary from one species of squid to another. Also, the time of the year, geographical location, and the growth stage of the squid defines what they eat. Once the squid is born, it starts eating small plants and plankton. As it starts growing, it thrives by eating shrimp, fish, and other small marine animals. Small squid often hunt in groups. 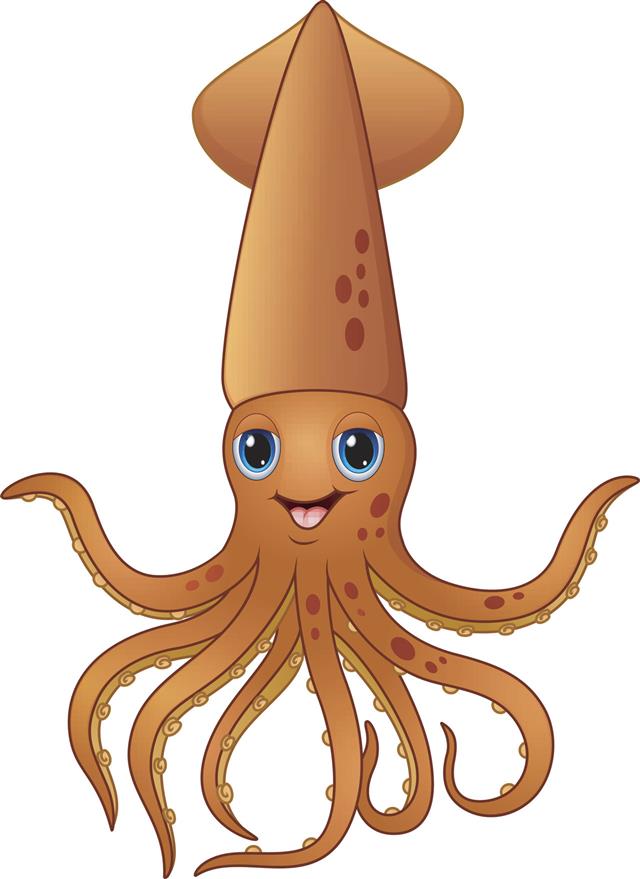 Squid mainly eat crustaceans, crab, shrimp, orange roughy, hokie, oysters, lantern fish, and other small fish. They are known to be cannibals. They often prey on other smaller squid for food, although only in extreme situations.

As it matures to grow into an adult, the appetite of the squid increases, and it also starts hunting for bigger prey for food. Squid of medium size and growth most often feast on crustaceans, red fish, sand lance, young cod mackerel, herring and sculpin. Adult squid like to feed on fish like cod and hake.

Adult giant squid hunt alone and eat almost anything that comes their way. Whales, deep sea fish, young sharks, and other large sea creatures are often preyed upon by giant squid. Certain species of giant squid are so aggressive that they are known to even attack sharks for food.

Different species of squid eat different food. Considering that there are almost 300 species around, there is quite a variation in their food preferences. Squid are quiet and swift hunters. Their fast movements and tentacles help them grasp their prey in no time. The first target of a squid however is fish schools.

The enormous size of the giant squid makes it the most aggressive hunter around. Due to this, it can eat whatever it wants. Giant squid also mistake ships to be large prey. Due to this, many incidents of giant squid attacking ships have been reported. 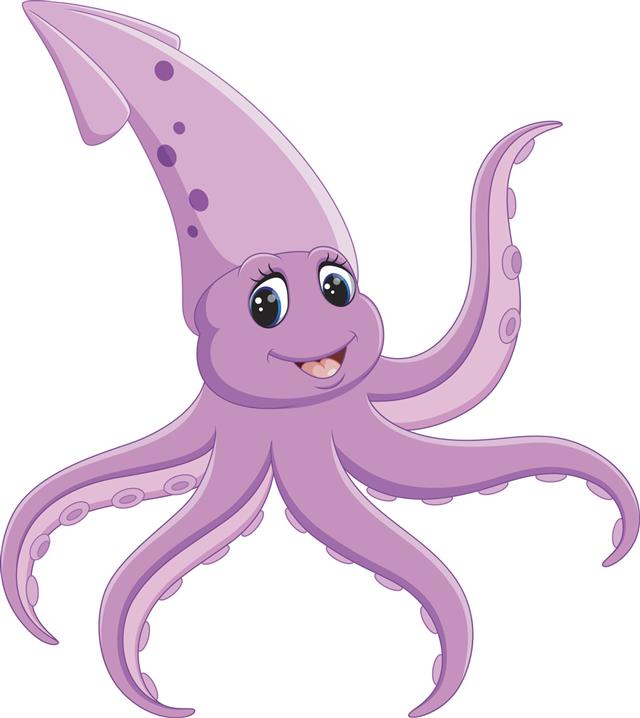 The prey is clasped tightly and torn into bits with the beak-like mouth of the squid, after which it is consumed. Even the smaller species are excellent hunters. The tentacles with rings and hook-like structures enable a firm grip and suction.

An average squid can eat around 30 percent of its body weight, and at times, this number can increase as well. This is when the squid is young, during the early days of its life. Squid grow at a fast pace, especially when they get enough food. But in times of scarcity of food, they may weaken and eventually die. 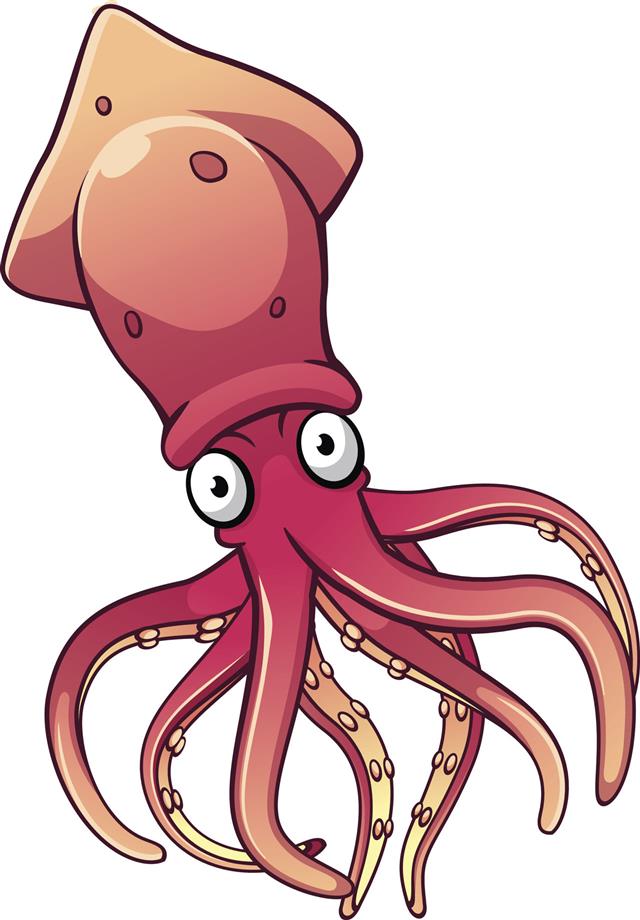 Do you know that squid do not have external shells! The size of the different varieties of squid varies. It ranges from less than an inch to over sixty feet. When a squid is disturbed or preyed upon, it has the ability to change colors. They also change color to catch their prey for food. We can conclude that squid can eat anything when they are really hungry. These mysterious creatures of the marine life adapt themselves well to consume the available food for survival. 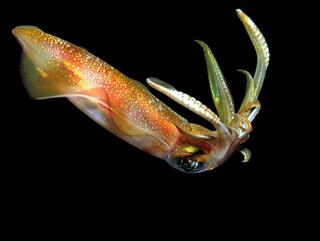 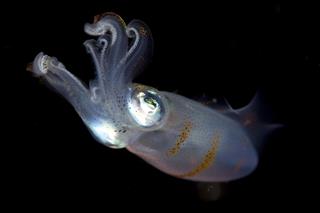 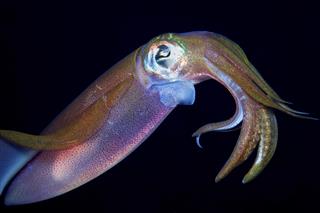 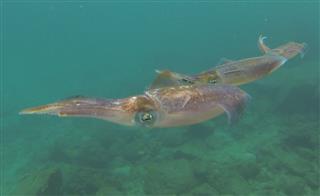 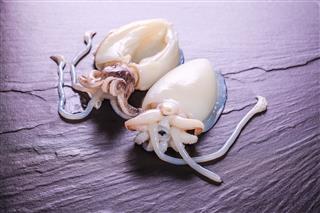 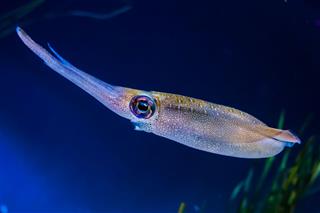 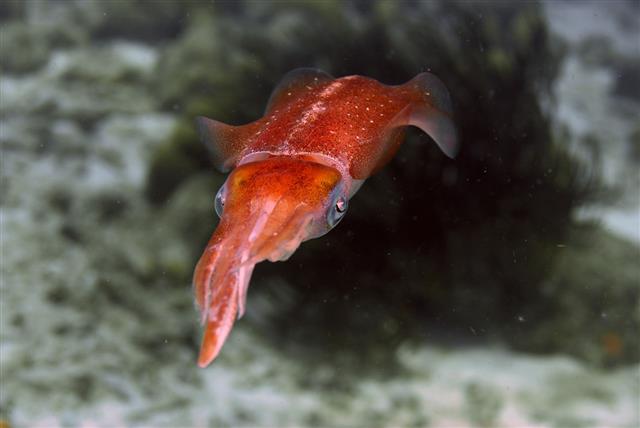