What do Tadpoles Eat?

A tadpole is an aquatic larval stage in the life cycle of a frog or toad. Find out what it eats, in the wild as well as in captivity, from the following article.

You are here: Home / Uncategorized / What do Tadpoles Eat? 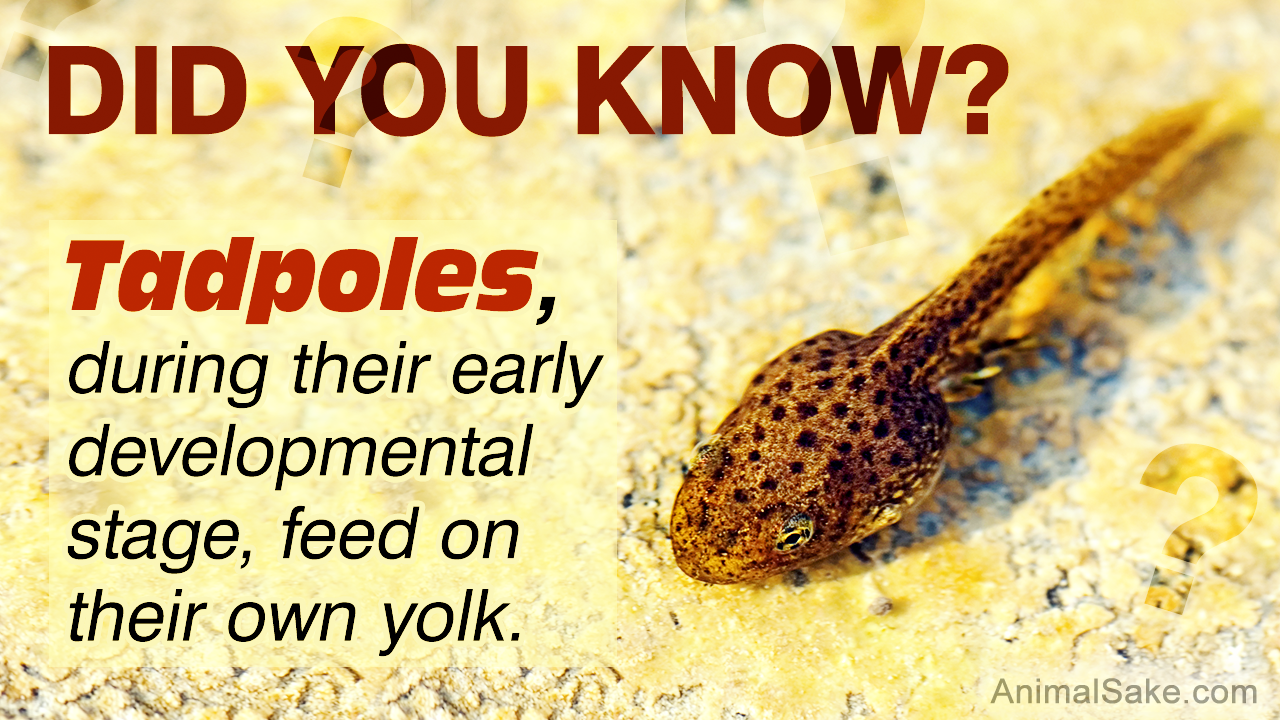 A tadpole is an aquatic larval stage in the life cycle of a frog or toad. Find out what it eats, in the wild as well as in captivity, from the following article.

Tadpoles are also called Polliwogs and Porwigles! Also, the larvae of all amphibians are called tadpoles. The diet of a tadpole varies from species to species. However, most tadpoles are herbivores and feed on plants and algae. Some species are omnivores and eat detritus and even other, smaller tadpoles.

During the early developmental stage, the tadpole feeds on its own yolk. One day after hatching, the tadpole starts to absorb oxygen through its skin and eats the remainder of yolk in its intestine. Within 2-3 days, it opens its mouth and its external gills start working. After that, it thrives for some time as a vegetarian. When the hind legs of tadpoles emerge, they become carnivores within a short period of time. If there are no sufficient insects, larvae, microbes or other small animals in the water, then they may turn to cannibalism and eat each other.

The major food sources for tadpoles comprise aquatic plants, algae and other microscopic organisms in the water. They also feed on fish food, lettuce, egg yolk and baby cereal. In captivity, tadpoles can be fed with frozen vegetables (after thawing, of course), especially, lettuce. They can also be given crushed algae and seaweed tablets. Crushed fish food flakes may also be given. Tadpoles should not be fed more than thrice a day and each meal should be a small one. Excess and too frequent feeding will lead to water hygiene issues. Avoid handling tadpoles at all costs. If it is absolutely necessary, make sure you rinse your hands thoroughly with plain, dechlorinated water to get rid of residues of soaps, sebum and other chemicals. Tadpoles have extremely sensitive skin and such residues can irritate their skin, leading to disease and discomfort.

Tadpoles hatch from eggs (frog spawn) that are laid in water. After hatching from the egg, a tadpole resembles a fish and breathes through external gills. It is legless and moves with the help of a tail. During the process of metamorphosis, a tadpole develops legs, lungs and other organs, loses its tail; and becomes an adult frog or toad. 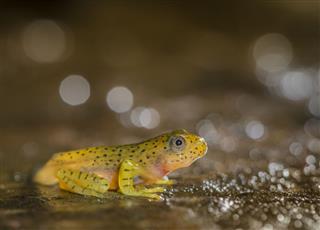 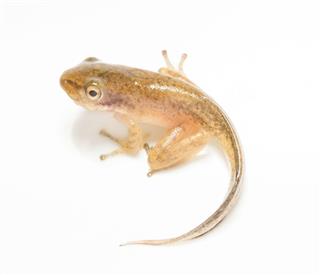 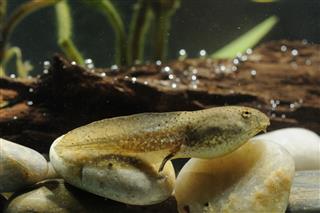 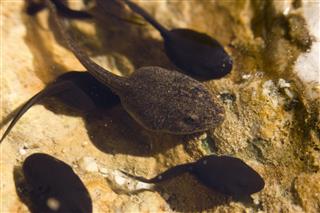 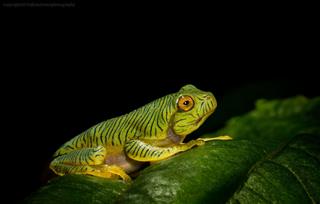