What’s a Dragonfly Habitat Like? What Do Dragonflies Eat? Find Out Now

The dragonfly has always intrigued mankind with its unique behavior, style, and colors. The habitat and the feeding habits of this insect have been discussed below.

You are here: Home / Uncategorized / What’s a Dragonfly Habitat Like? What Do Dragonflies Eat? Find Out Now 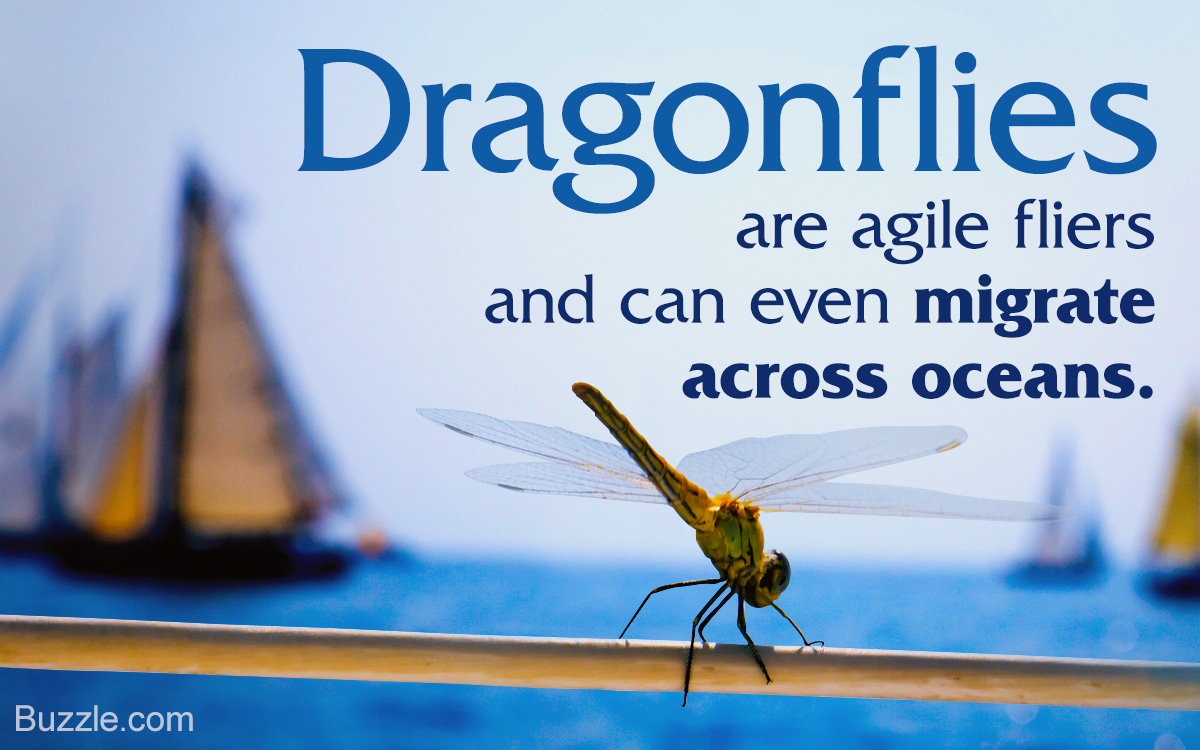 The dragonfly has always intrigued mankind with its unique behavior, style, and colors. The habitat and the feeding habits of this insect have been discussed below. 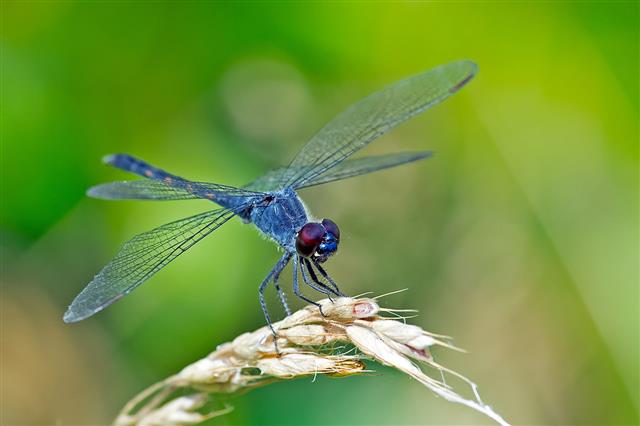 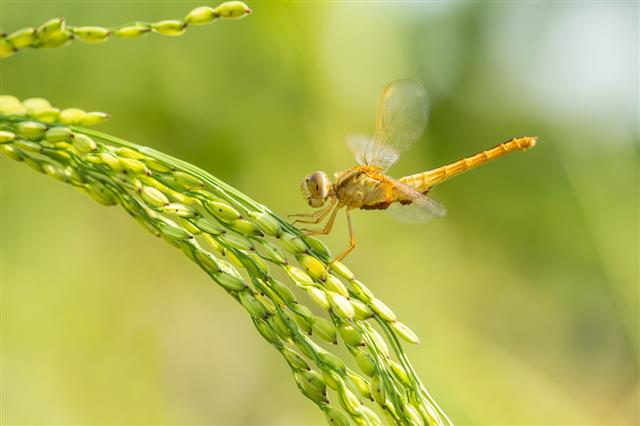 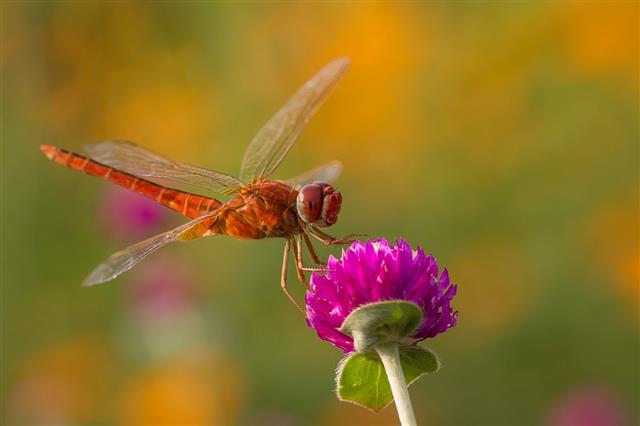 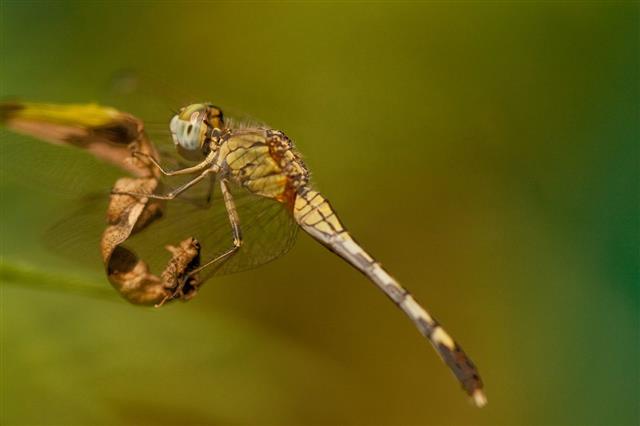 Did You Know?
In Japan, the Samurais consider the dragonfly to be a symbol of victory. It also denotes strength, courage and happiness. On the other hand, in some other parts of the world, it is known by names like Ear Cutter, Devil’s Needle, Snake’s Servant, and Horse Stinger.

As per myths, the dragonfly was considered to be a dragon in ancient times. It eventually got its name from such myths, which accompany its survival for more than 300 million years on this planet. This insect has agile mobility, with an average flying speed of 30 to 45 miles per hour, and the capability to move in six different directions. The dragonfly is also gifted with the ability to view nearly 360 degrees around it. There are more than 5,000 species of dragonflies around the world.

Depending on the species of the dragonfly, the habitat also varies accordingly. Some species inhabit marshlands while others prefer clean water or the still waters of ponds. There are still other species which prefer the cool running waters of streams or rivers.

Most of the dragonfly’s life is underwater in the nymph phase. The female dragonfly lays the eggs on any plant in the water. If unable to find a plant, she lays the eggs in the water itself, on a balanced surface. Once the eggs hatch, the nymph lives in the water till it becomes a fully-grown dragonfly. The period spent in the nymph phase can be of varying periods, ranging from months to years. Once the larva grows, it climbs onto an emerging plant out of the water, and thus the breathing procedure begins, transforming it into an adult dragonfly. The metamorphosis phase includes wearing away of the old skin and the development of powerful pumped- up wings, providing it with the ability to move around very agilely. This process takes a few days to complete. The adult dragonfly lives for about a period of four to six months.

Dragonflies are extremely choosy about their habitat. They do not like to lay their eggs in polluted water bodies. If you happen to see dragonflies around, it is a sign that the ecosystem is in a good condition. One thing is sure, dragonflies are sensitive to pollution.

The dragonfly belongs to the order ‘odonata’, and is called ‘odonate’, meaning tooth. But the dragonfly does not have teeth, instead, it is empowered with strong chewing parts called mandibles, which helps it in crunching its prey. All species of dragonflies are primarily carnivorous. They are carnivorous not only in the adult stages of their life cycle, but also in their larval stage. The dragonfly is considered as one of the best agile predator around.

Adult dragonflies often hunt for food in groups, when ants or termites are available in large numbers or when there are swarms of gnats, caddisflies or mayflies available in their proximity. Dragonflies keep mosquitoes at bay by feeding on them. They feed on small insects such as bees, ants, wasps, butterflies, flies, and midges. A dragonfly has the ability to move in different directions swiftly. Hence, it can easily out-fly its prey on most occasions 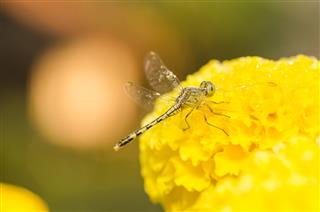 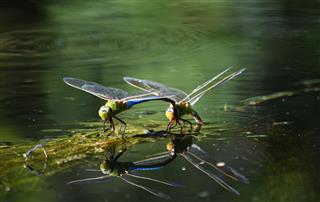 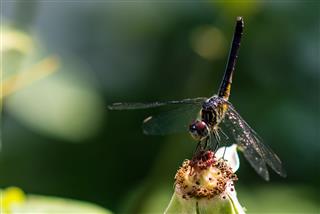 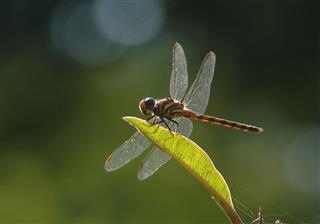 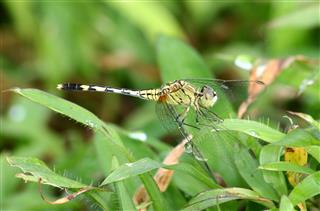 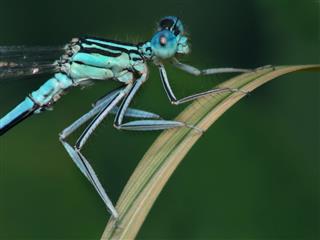 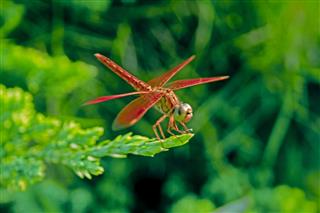 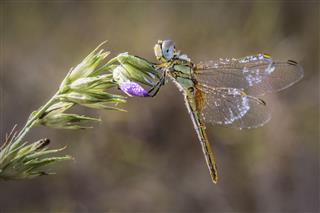 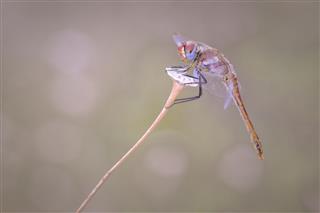 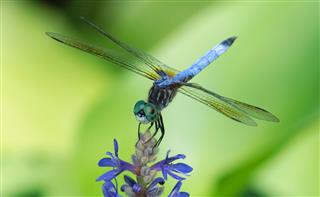 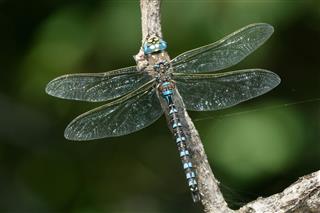 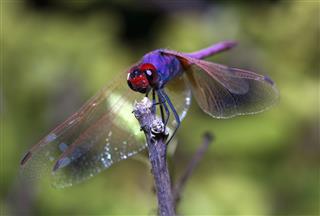 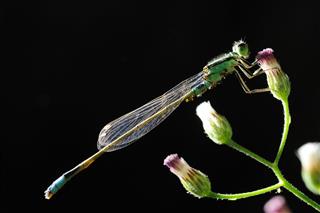 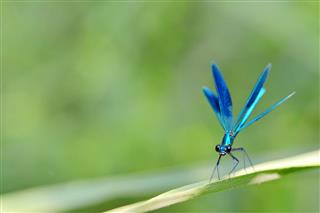 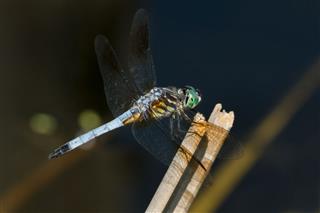 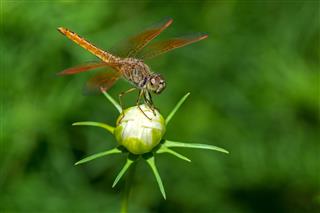 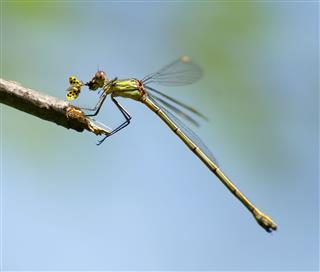 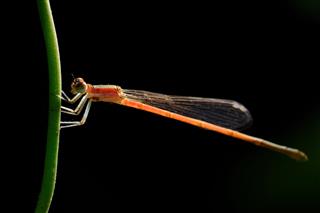