What Does a Dragonfly Symbolize? You’d Be Stunned to Know

Have you ever seen a dragonfly hovering around a pond or any other water body? If yes, then you'd know that they are beautiful creatures with transparent wings that reflect and refract light to create the colors of the rainbow. But there's more to the dragonfly than what appears to the eye, and here we shall discover the "hidden" aspects of its symbolism.

You are here: Home / Uncategorized / What Does a Dragonfly Symbolize? You’d Be Stunned to Know 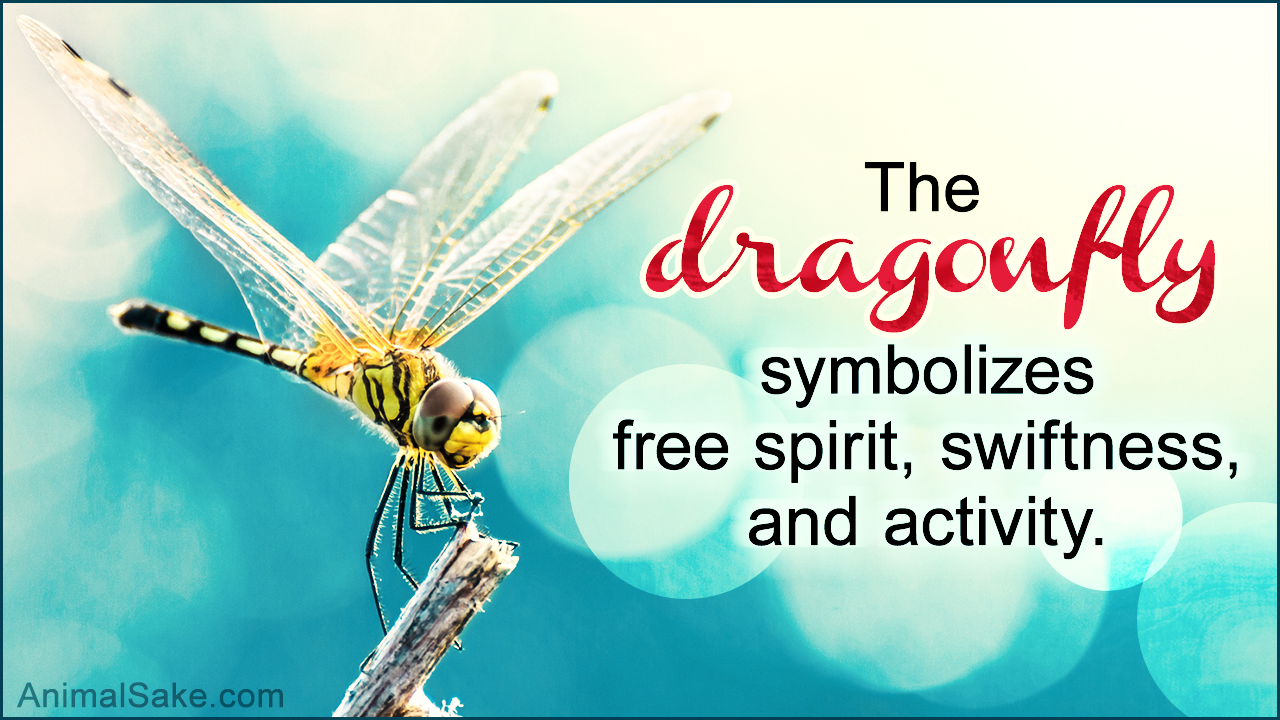 Have you ever seen a dragonfly hovering around a pond or any other water body? If yes, then you’d know that they are beautiful creatures with transparent wings that reflect and refract light to create the colors of the rainbow. But there’s more to the dragonfly than what appears to the eye, and here we shall discover the "hidden" aspects of its symbolism.

“Time is for dragonflies and angels. The former live too little and the latter live too long.“ – James Thurber

The dragonfly has many unique qualities that distinguish it from the millions of other insects on the planet. It is due to this reason that they have never ceased to fascinate man.

A brief look at all things that they symbolize, and we cannot help but believe that we indeed have a lot to learn from them. So, what are we waiting for?

Dream of a Dragonfly

Because of its many unique abilities, the dragonfly was considered special across cultures. So, over the ages, it went on to be associated with a lot many things, and here we shall have a look at them.

The dragonfly undergoes metamorphosis during its life cycle, and has to remain in the larval stage for most part of its life before it emerges as the graceful and colorful insect that we know. These insects lay their eggs on the surface of water, and the larva that comes out of the egg is a grayish-brown aquatic creature that feeds on aquatic plants and larva of small insects such as flies and mosquitoes. It sheds its casing or outer layer at regular intervals, and at the end of the larval stage, comes out of the water, climbs on a blade of grass, sheds its casing for the last time, and the adult emerges. In contrast to the dull and drab larva that breathes through gills, the adult dragonfly is a vibrant and swift creature with beautiful wings! This aspect of its life symbolizes transformation and renewal, and is even associated with spiritual renewal and self realization.

In Native American legends, the dragonfly is a symbol of resurrection, and renewal after hardship. 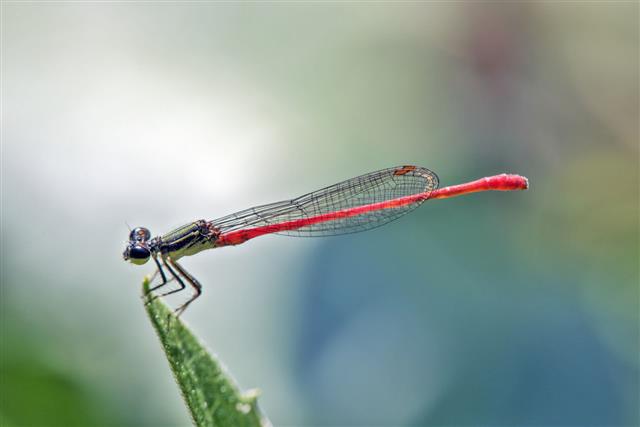 The dragonfly is a carefree insect tat symbolizes free spirit, swiftness, and activity. The fact that the adult dragonfly breaks free from its larval stage (in which it remains for a major part of its life), is a symbol for freedom.

The Native Americans considered the dragonfly as a symbol of swiftness and activity.

Philosophy of Life and Death 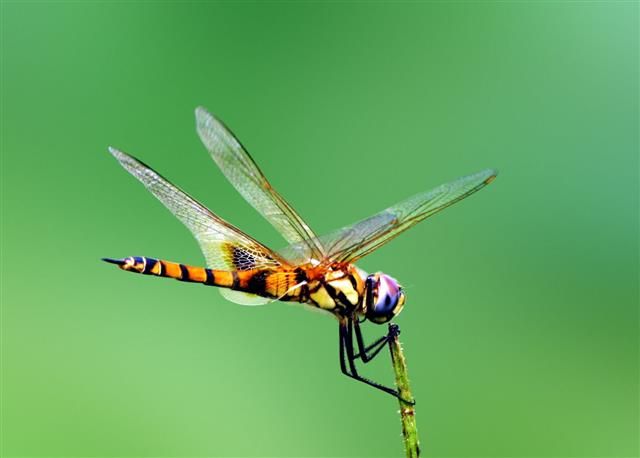 When the dragonfly larvae, or nymphs as they are called, are ready, they shed their casing and the graceful adult insect emerges. As much as this represents change, it can also be taken as a symbol of death, when the soul leaves the body. Also that the soul, after leaving the body, resides in a different realm, can be likened to the fact that the life of the dragonfly is also spent in two “realms”. While the larval stage of the insect that is spent underwater, can be likened to life on earth, the emerging of the adult insect that has wings and is airborne, can be compared to the soul that is free from the body.

According to legends of the Native Americans, they are sometimes considered the souls of the dead! 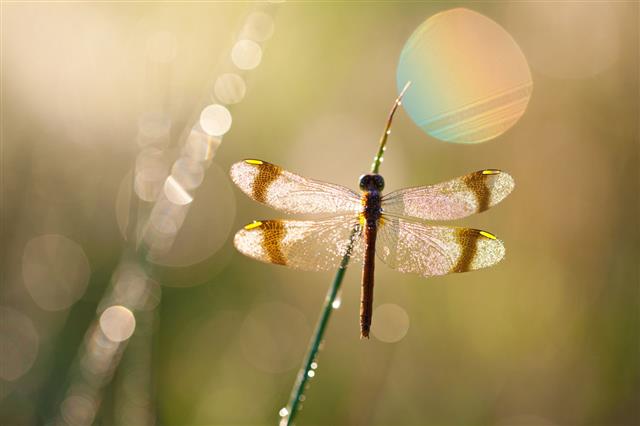 Across cultures, people believe that the dragonfly has a strong association with light. The body of the dragonfly can reflect and refract white light to create beautiful colors, and this is the reason it has been associated with magical qualities and mysticism. Some people even believe that these insects possess supernatural powers and are spiritual messengers. They exhibit the phenomenon of iridescence, which means they change colors depending on the angle of light or the angle from which you look at them. Thus, these insects also symbolize illusion i.e making others see you the way you want them to see!

They also inspire us to explore the power of light and creative imagination to usher in positive changes in our life. This can also help us look through the illusions or false beliefs that prevent us from dreaming big and achieving success. 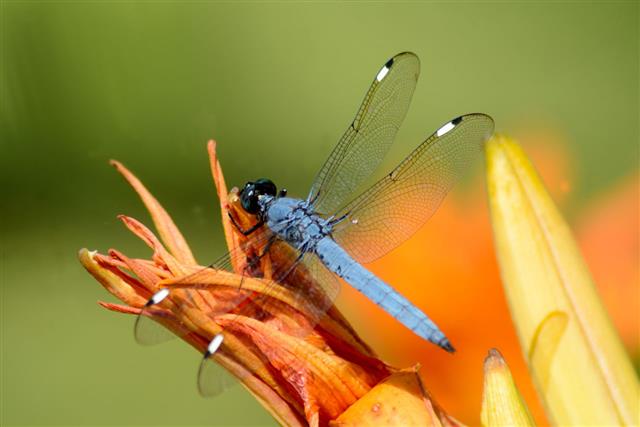 In the Japanese culture, the dragonfly was honored as a symbol of joy and new light, and also strength, courage, and good luck. In the mythology of the Lakota tribe, the dragonfly represented the spirit of illusion, and was invoked to help the soldiers trick the enemies in the battlefield. In certain parts of Europe, especially Ireland, they were considered the horses of fairies!

Living Life to the Fullest 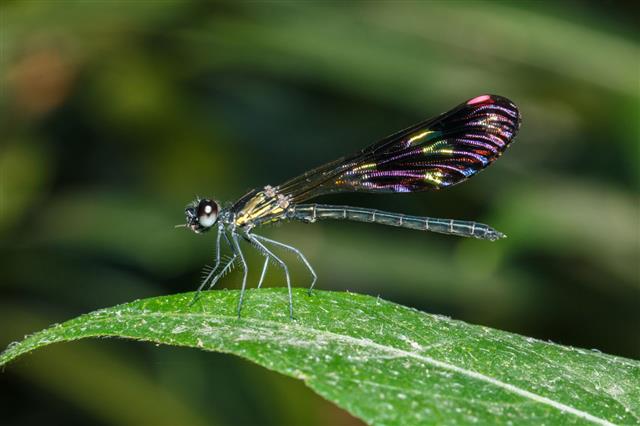 As we have already learned, the dragonfly spends most of its lifespan under water during the larval stage. It spends only a few months as a flying insect. However, if you observe a dragonfly, you’ll find it delightful to watch it fly in every possible direction, and also backwards. It has a very short time to live its adult life, but it seems as if it lives its life with no regrets. It inspires us to make use of every single moment we have, and live as if there’s no tomorrow! 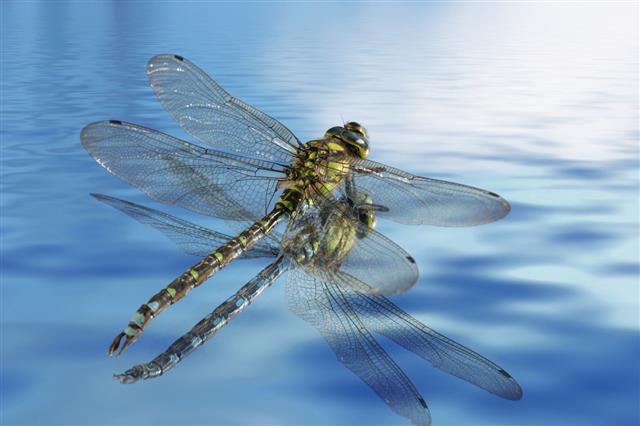 The dragonfly is a creature of water, and every creature that dwells in water symbolizes the subconscious mind and deeper thoughts. This is the reason why dragonflies are said to remind us to pay heed to our dreams and desires, because our outlook towards life is not only influenced by the external environment around us, but also our deepest thoughts.

Why to go for a dragonfly tattoo, you may ask. Well, it’s just because of the many positive qualities that it represents. A dragonfly tattoo symbolizes wisdom, power, courage, energy, and magic. In many cultures, it is also considered a symbol of good luck. It is also one of the less common tattoos, and hence preferred by people who want to sport one that is different from the rest. Choosing a dragonfly tattoo should not be very difficult.

Thus, we see that the dragonfly symbolizes a plethora of qualities that we can try and imbibe in our lives. So, the next time you see a dragonfly, just spare a while to contemplate what all it stands for, and you’ll be amazed for sure! 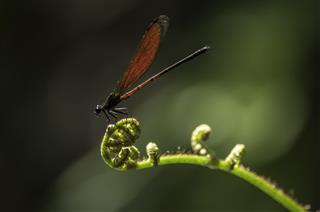 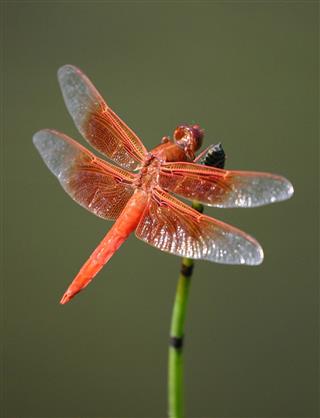 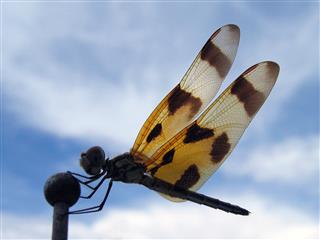 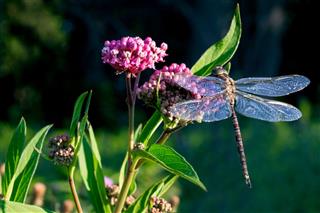 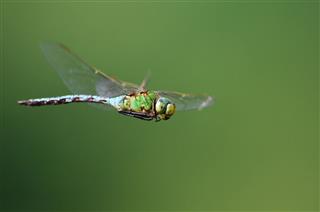 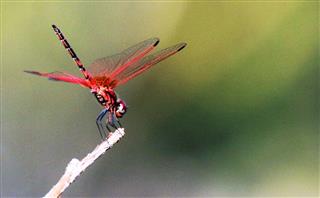 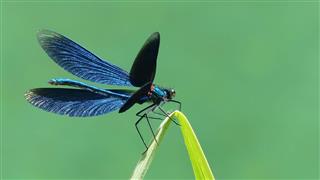