Have you ever heard about the white lions of Africa? If no, go through this article that will shed light on some amazing white lion facts. 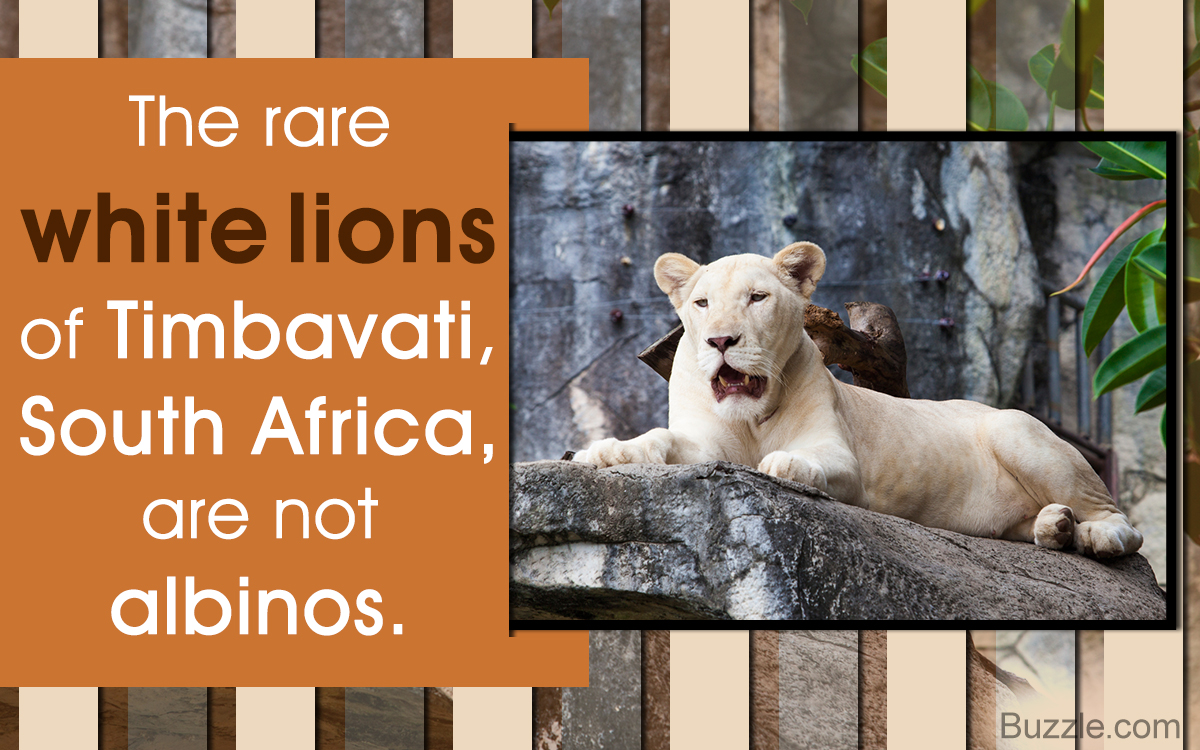 Have you ever heard about the white lions of Africa? If no, go through this article that will shed light on some amazing white lion facts.

Can you imagine lions as white as polar bears? If no, then you are in for a big surprise. There are true white lions that are not albinos. These white-haired lions are believed to be natives to the Timbavati region of South Africa. They are said to have lived in this region for a very long time. But officially, the first recorded sighting of white lions happened during the latter part of the 1920s. However, these animals garnered public attention only during the 1970s, through the book named ‘The White Lions of Timbavati’, which was authored by Chris McBride. 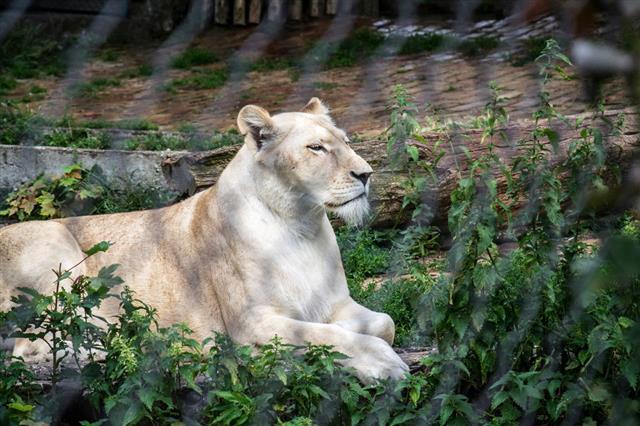 These lions are like regular lions, except for the color of their coat. Lions belong to genus Panthera in the family Felidae. Lions (Panthera leo) are believed to have evolved in Africa, before thousands of years. There are eight sub species of lions and one among them is Panthera leo krugeri, known as the Southeast African Lion. These lions are found in the Southeast regions of Africa, which include the Kruger National Park. It is in this region that white lions are found. So these animals are also referred to as African white lions, and are classified under the subspecies Panthera leo krugeri. So white lions belong to this subspecies, in which most of the members have a sandy brown coat color.

Why are White Lions ‘White’

White lions are unique for their white coat. You may come across white variants of various animal species. They include white rabbits, white squirrels, white giraffes, etc. White coat color in animals could be due to a congenital disorder called albinism, which causes complete or partial loss of melanin in the eyes, hair and skin. Unlike albino lions, white lions have normal-colored eyes, lips, and paw pads. Just like the ordinary lions, white lions too have a golden to yellowish-brown eye color. In some rare cases, blue-colored eyes are also seen.

The white coat color of these lions is often attributed to a genetic condition called ‘leucism’. It is said that such hair color is due to chinchilla mutation. This mutation results in deposition of lesser amounts of pigments along the hair shaft, resulting in a paler coat. So these lions may have a coat color that ranges from pale blond to almost pure white. It has been observed that white lion cubs are born with a pure white hair color that fades to blond, as they grow. In short, it is the recessive gene (called chinchilla or color inhibitor gene) that is said to be responsible for the white hair color.

As this is a genetic condition, the young ones produced by a white lion may be tawny as well as white. Only those cubs with dominance of these recessive genes will be white and not others. However, there is still no answer for the question, why this type of mutation is found only in lions belonging to this region. This is one of the intriguing facts about white lions.

The Global White Lion Protection Trust is one such organization that is worth mentioning. This organization has started reintroducing these lions to their native habitat. There are certain contentions that white lions are not fit for wildlife due to their white coat. It is said that the white coat does not offer them any camouflage, and this makes them unfit for living in the wild. However, there is no evidence to prove such contentions that have not been studied so far. But the white coat color could definitely be a disadvantage, as far as hunting is concerned. As of now, these animals are not protected by the law.

Did you know that the African people used to believe that white lions are messengers of God and they represent purity and enlightenment? It was believed that disrespect to these animals will result in the wrath of God. Though these are only beliefs, the truth is that these magnificent animals may end up as legends, in the near future. 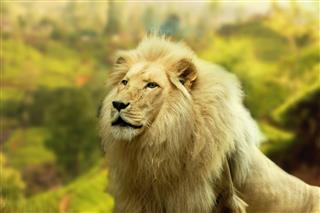 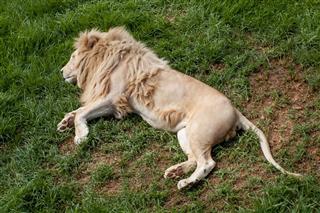 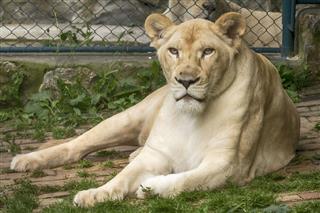 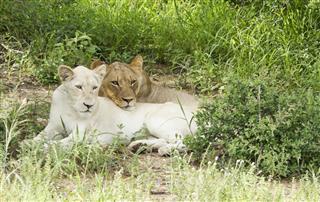