An evaluation of various adaptations of the queen angelfish that help this harmless species survive in the dark depths of the marine biome - with several predators, each more fierce than the other, on the prowl. 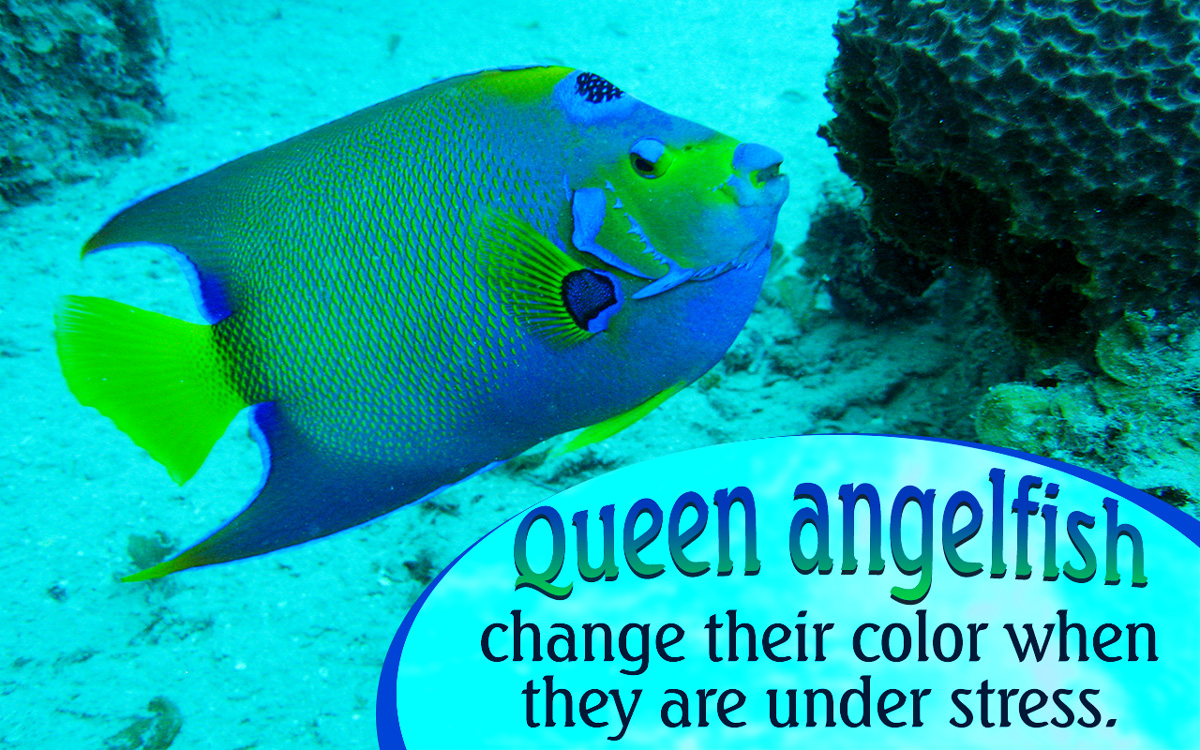 An evaluation of various adaptations of the queen angelfish that help this harmless species survive in the dark depths of the marine biome – with several predators, each more fierce than the other, on the prowl. 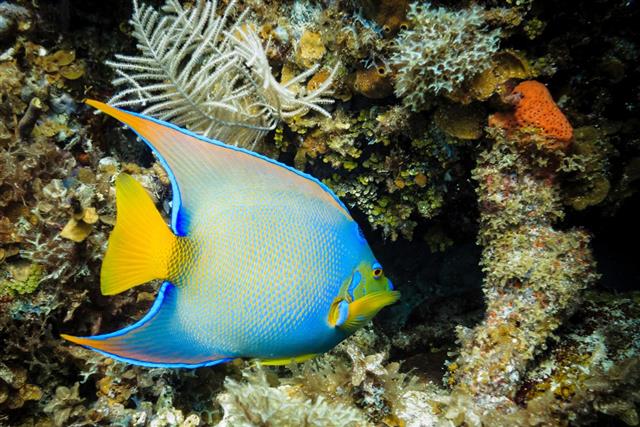 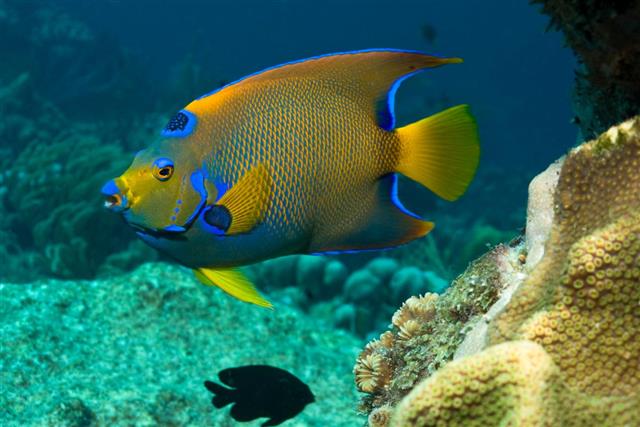 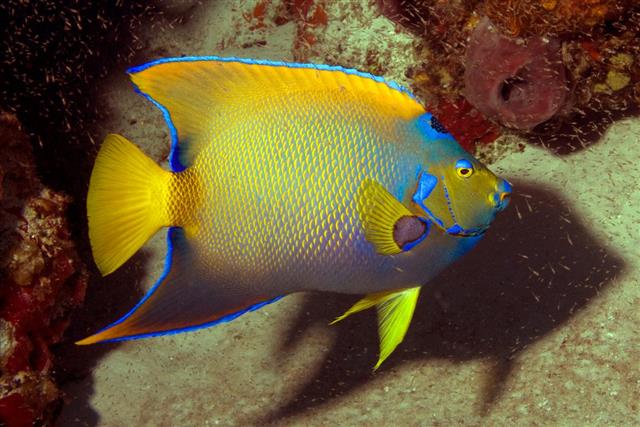 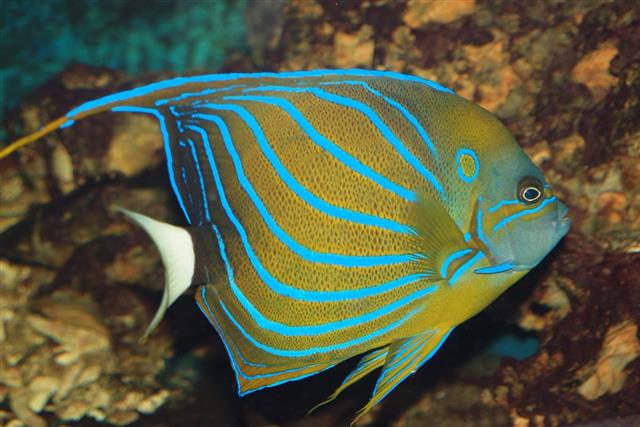 The queen angelfish is a species of angelfish which is known to inhabit the coral reefs in the warm waters of western Atlantic Ocean. Considered to be one of the most beautiful marine species on the planet, the queen angelfish is quite popular among scuba divers in this part of the Atlantic. Though there is no questioning the beauty of this species, there is yet another attribute of their life which is quite amazing in itself. It is none other than the survival adaptations that this species often resorts to.

While the binomial name of this species is Holacanthus ciliaris, the common name ‘queen angelfish’ can be attributed to the presence of a blue-ringed black spot – resembling a crown, on its forehead. The species is typically characterized by the range of colors it sports – which includes some bright colors such as yellow, blue, purple and orange. Interestingly, sponges make up around 90 percent of the diet of this angelfish species. That being said, this species is also known to feed on jellyfish, corals and planktons. Being very shy in nature, they are either seen alone or – in rare cases though, spotted as a pair. The queen angelfish species is also known to crossbreed with other angelfish species – such as the blue angelfish, to give birth to hybrid species. This extraordinary ability of mating with other sub-species is considered by many to be one of the several queen angelfish adaptations for survival.

The most amazing queen angelfish adaptation that you are likely to come across is the ability of this species to change color. It is believed that they do this when they are under stress – i.e. when they are threatened to be precise. Being quite colorful in nature, the fish blends itself in its coral rich colorful surroundings with immense ease. As in case of several other species of fish, even queen angelfish has the ability to stay still in the water. This, along with the color camouflage, makes it difficult for its predators to detect the presence of this species in water. Even if the predator does detect the presence of this species and attacks it, the streamlined body shape of the queen angelfish comes to its rescue, as it makes the fish quite agile and helps it flee through the small gaps in the coral reefs and other marine biome features.

As we mentioned earlier, their diet primarily consists of sponges found on the sea floor. That does come as a surprise considering that these sponges are notorious for their tough exteriors made of silica or calcium – which don’t just taste bad but also cause irritation. While other coral reef organisms stay away from these sponges, the queen angelfish easily cuts through their tough exterior – a feat which can be attributed to the protracted jaw with overlapping rows of teeth that this species boast of. As far as irritation is concerned, this angelfish species secretes a thick mucus from its mouth and coats the sponges with it before feeding on them. These physical adaptations help the queen angelfish feed on sponges which are ignored by other species for their characteristic repulsive taste.

All these adaptations have a crucial role to play when it comes to their survival. If it were not for their peculiar ability of changing color, it would have been difficult for this harmless species to protect itself from various predators. More importantly, the dietary adaptations of this species allows them to feed on sponges which are available in abundance on the sea floor, and this, in turn, helps in maintaining a balance in the marine ecosystem.