Why Do Reindeer Shed Their Antlers?

The antlers of the reindeer are the main distinguishing feature of the species. The single and sometimes even twelve-spiked antlers are shed each year just after the mating season. The beautiful protrudes are the formations on the animal's forehead, a feature that has made the shed antlers an important part of the arts and crafts industry.

You are here: Home / Uncategorized / Why Do Reindeer Shed Their Antlers?

The antlers of the reindeer are the main distinguishing feature of the species. The single and sometimes even twelve-spiked antlers are shed each year just after the mating season. The beautiful protrudes are the formations on the animal’s forehead, a feature that has made the shed antlers an important part of the arts and crafts industry.

Reindeer or Rangifer tarandus commonly inhabit the Arctic and sub-arctic regions. This animal is also referred to as the caribou in North America. It thrives in and around the northern Holarctic region. Originally, the species also thrived in Scandinavia, Russia, Eastern Europe, and Mongolia, and could even be sighted in northern China. The deer is immortalized as Santa’s choice of animal to draw his sledge. The graceful species of deer is easily identified by the antlers grown by both, the males and the females. While the males shed their antlers in December each year, the females are known to shed theirs in summer.

The antlers of reindeer are quite different from those of cattle, which are hollow. Reindeer antlers comprise bone tissue which is hard, and flaunts a honey-comb structure. The antlers are supported by pedicles, nubs that are covered by skin. The pedicles protrude from the skull, to support antlers that range from one single shaft to anything up to a dozen branches. When the antlers are shed, the point of break-off is the pedicle, on each side. The pedicles are permanent fixtures that appear on the forehead during the first year.

The antlers first appear as straight sprouts. The shafts are initially spike-like, branching only when the animal reaches the third year. The antlers grow and branch with every subsequent year added to the animal’s age. As the animal matures, the antlers lengthen and flaunt branches. Initially, the antlers are covered with very sensitive skin that is also referred to as ‘velvet’. The necessary vitamins and minerals that aid and promote antler growth are sourced from the food via the blood vessels housed within the antlers, during the formative years.

Matured reindeer antlers comprise bone and tissue. When the protective and highly sensitive ‘velvet’ is no longer needed around the new shafts, a ring is formed at the break-off point. This is the main shut-off region, around which the antlers are shed. The ring also forms the base of the antlers. When the antlers are ready to be shed , the blood supply is automatically cut off. The velvet then withers, shrivels and falls off. This is also the time when reindeer rubbing their antlers against tree trunks is a common sight. The antler regeneration and shedding cycle follow one another, before and after every mating season.

Reindeer shed their antlers in order to grow new ones. The process is called regeneration, and the females usually grow new antlers after a calf is born. In both males and females, the shedding process lasts at least three weeks. The males start shedding antlers after the mating season is over, since the primary need, to attract females during the season, is over. Growth is largely determined by:

Reindeer keep shedding and growing new antlers throughout their lives. The other functions of the antlers, other than attracting the members of the opposite sex during the mating season are:

Shed reindeer antlers are prized possessions in societies all over the world. They are preserved on trophy heads as ornamental pieces. They are also used in a number of crafts, ranging from decorations to furniture, to accessories. The extensive use of reindeer antlers has witnessed flourishing arts and crafts markets in and around the United States of America, Canada, and New Zealand. 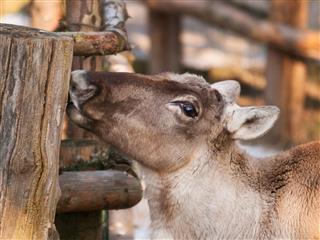 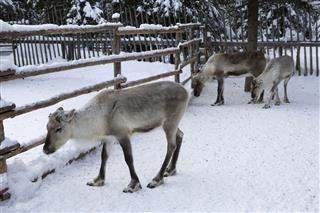 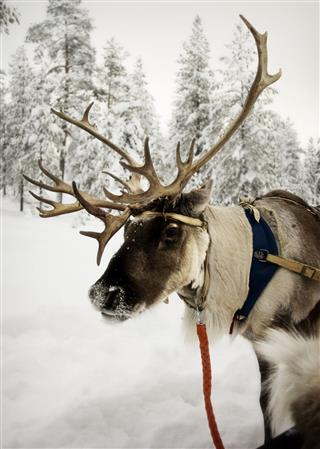 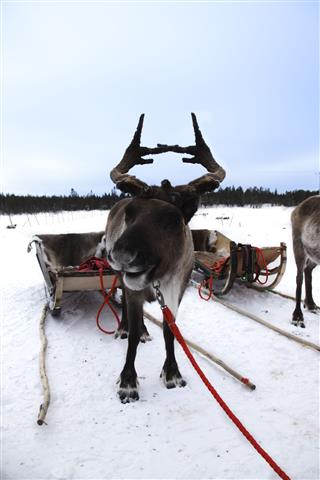 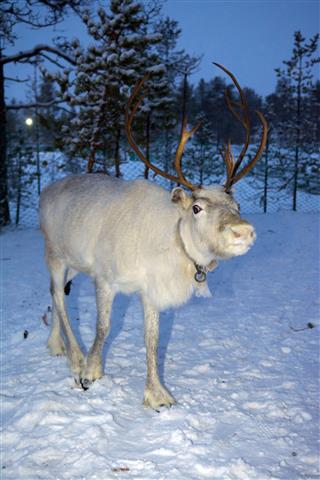 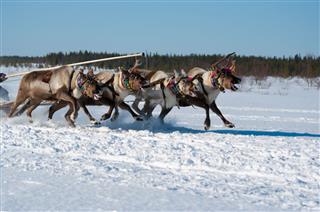 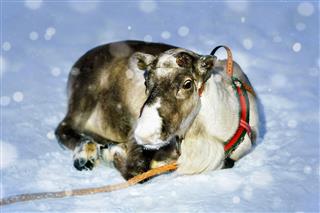