The numbers of African lions are sadly on a rapid decline. These vulnerable species face constant threat due to loss of habitat and poaching. Here are some interesting facts about African lions, and why they are still such a majestic lot, even today.

The numbers of African lions are sadly on a rapid decline. These vulnerable species face constant threat due to loss of habitat and poaching. Here are some interesting facts about African lions, and why they are still such a majestic lot, even today. 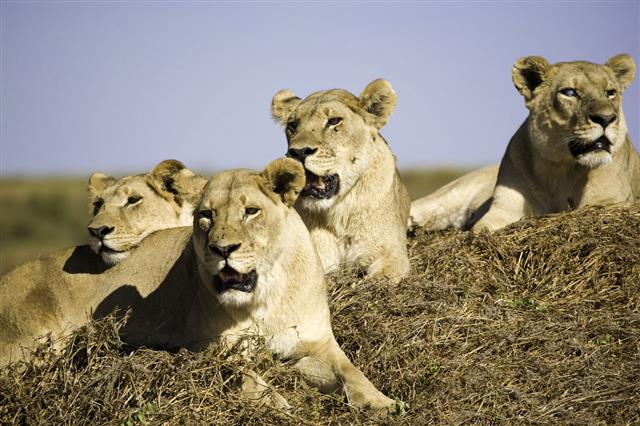 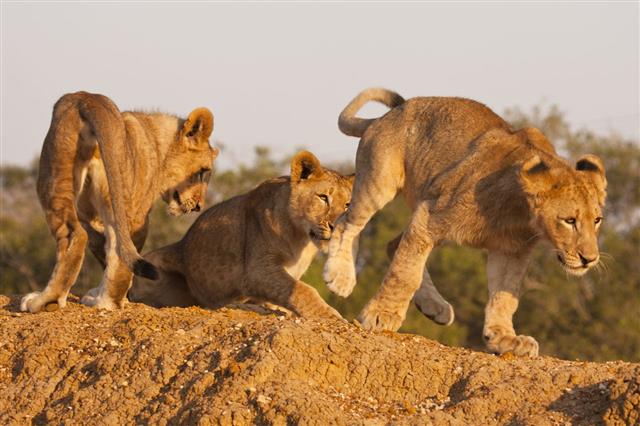 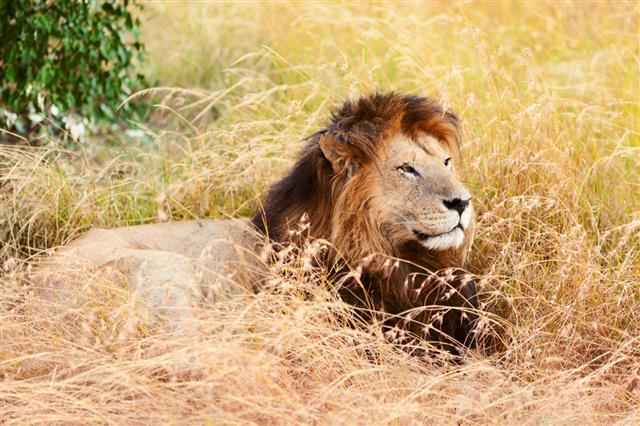 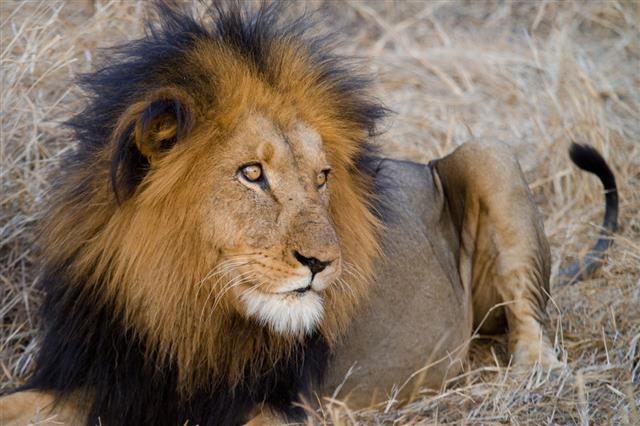 Fondly known as the ‘king of the jungle’, lions are the only cats to live in groups, which are called prides. Here, we’ll look at all the interesting facts related to the African lion.

African lions used to live in most parts of the continent of Africa. Due to various reasons, their numbers have halved since the 1950s, and today they stand at a population of just around 20,000. Their habitat spans the savannas, grasslands, dense bush, and woodlands. At present, they are found only in sub-Saharan Africa, with a very few populating India.

A surprising fact is that lions are big scavengers. More than half the food that they eat is taken over from cheetahs, hyenas, and leopards. And of course, they hunt in packs, which allows them to make big kills like wildebeests, zebras, buffaloes, young elephants, rhinos, impalas, wild hogs, hippos, and giraffes. They even tend to hunt and eat lizards, mice, tortoises, antelopes, crocodiles, and warthogs. In captivity, they are mostly fed chickens, rabbits, beef, and mutton.

Lions live in large groups called prides, which consist of about 15 lions. One to three males are part of a pride for around three years, until another group of males take over. The rest in the pride are females and the young. These are affectionate animals, and love touching, licking, purring, and rubbing. Most of the hunting is done by the females. They have the tendency to creep stealthily toward their prey and suddenly ambush them. The males are territorial, and their job is to protect the pride. Ironically, the males eat first, and that too most of the share of the prey, followed by the females and young. Lions are actually pretty lazy, and spend 16 – 20 hours of the day either resting or sleeping.

African lions mate all year round. The gestation period is 110 days, and a female usually has a litter of three to four cubs, with each weighing 3 pounds. The young begin hunting when they are nearly a year old, and live with the mother until they are two years of age. The cubs are very vulnerable to predators like hyenas, leopards, black-backed jackals, etc., and less than half that are born make it past the first year.

Humans are the main predators of lions. For centuries, these magnificent animals have been killed as hunting trophies and for certain medicinal values. Loss of habitat has also contributed to their dwindling numbers, which is why they are at present categorized as ‘vulnerable’.

The condition of African lions in captivity is known to have improved off late, but the fact remains that they do not always have the freedom to move around, as would be the case in their natural habitat. It is only recently we can see these majestic creatures being housed in naturalistic areas with closer attention being paid to their needs. 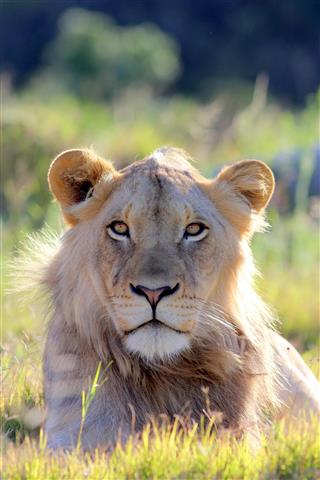 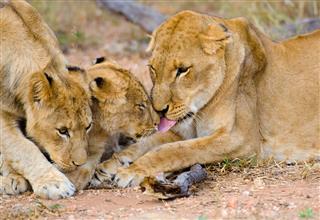 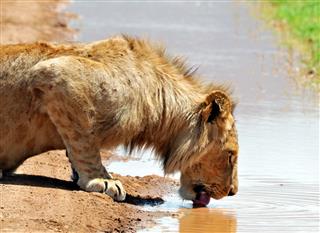 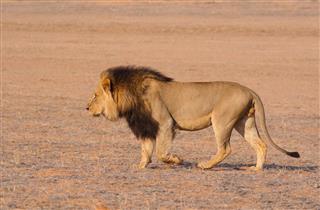 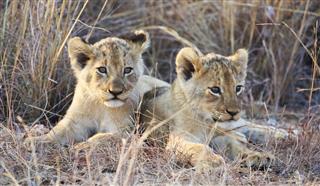 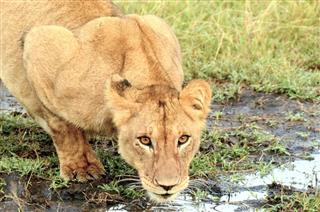 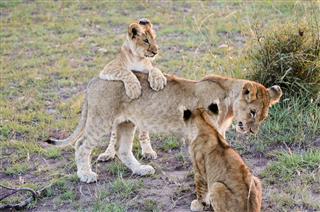 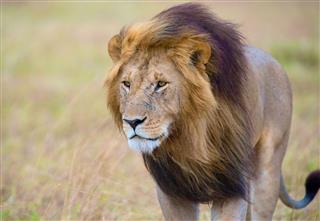 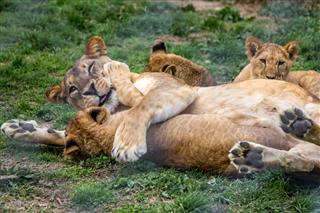 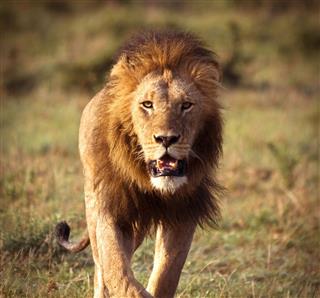 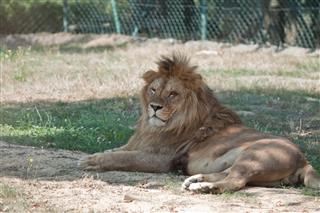 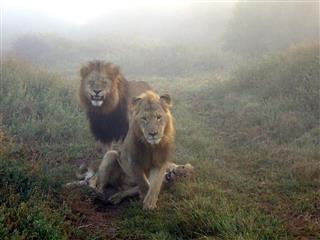 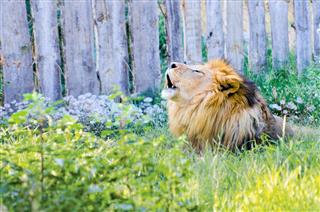 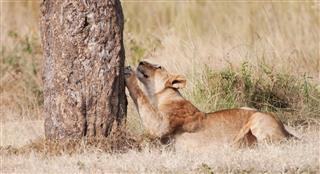 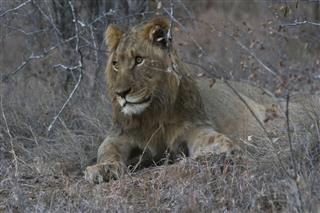 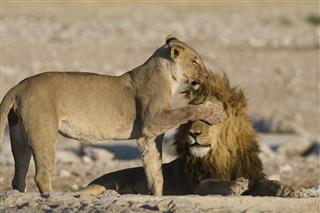 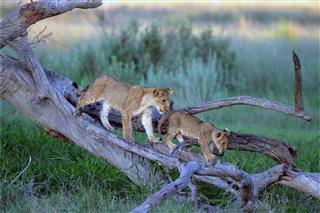 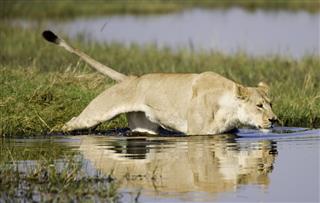 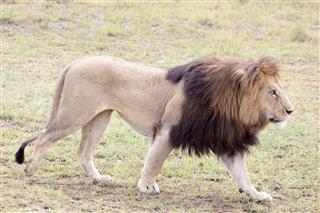 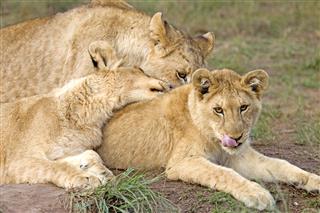 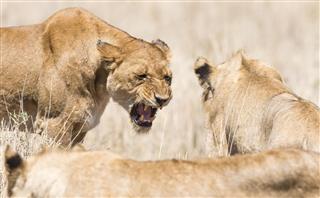 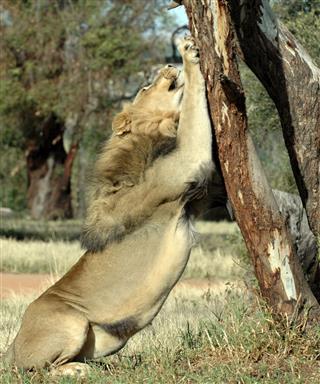 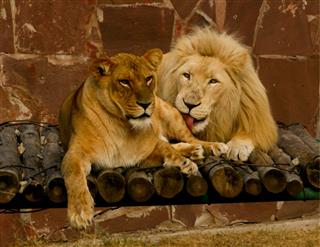 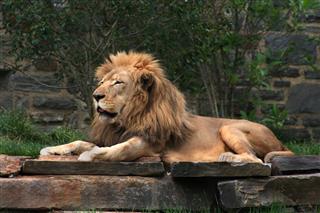