Amazing Facts About Flying Fish You Must Read NOW

The term 'flying fish' may appear to be an oxymoron at first, but these apparently anomalous creatures exist, and are one of nature's most fascinating marvels. This AnimalSake article describes these amazing creatures.

You are here: Home / Uncategorized / Amazing Facts About Flying Fish You Must Read NOW 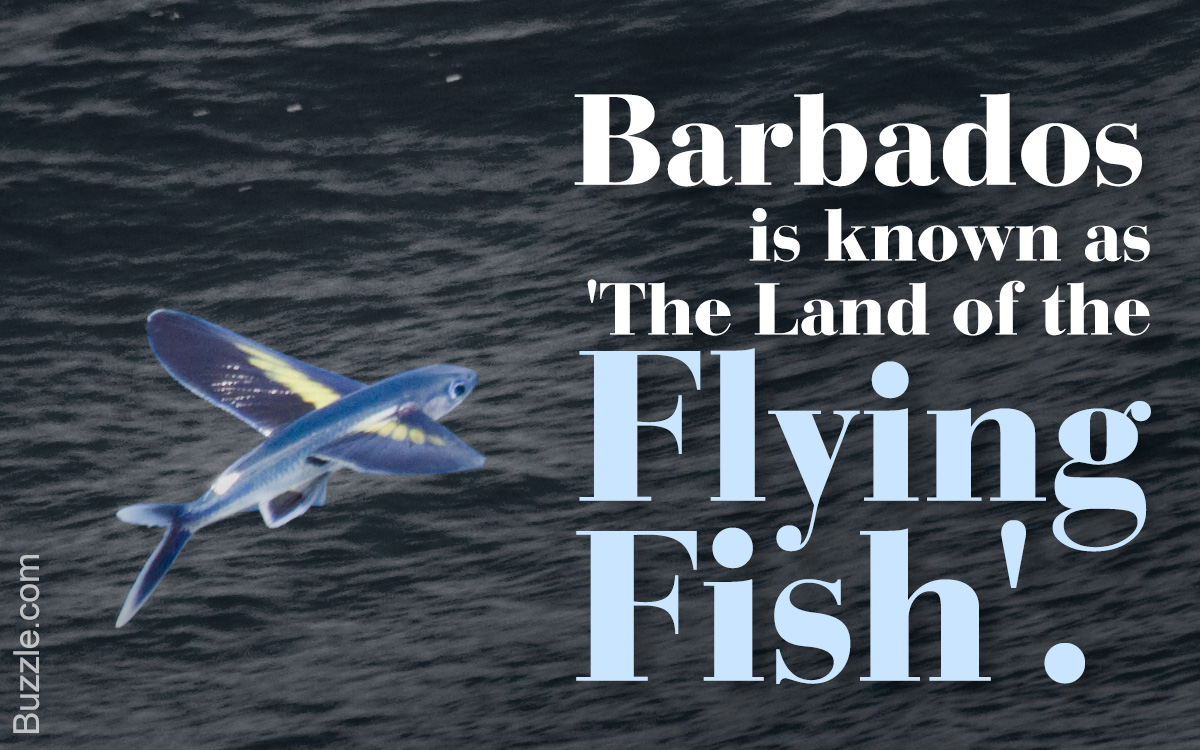 The term ‘flying fish’ may appear to be an oxymoron at first, but these apparently anomalous creatures exist, and are one of nature’s most fascinating marvels. This AnimalSake article describes these amazing creatures.

Flying fish can remain airborne for more than half a minute!

Like almost all non-avean ‘flying’ animals, flying fish don’t really ‘fly’, but instead glide on their long, glider-like wings. They developed about 65 million years ago, but there is evidence of an unrelated class of flying fishes which predates the modern ones.

The ability to propel themselves out of water is a defense mechanism against aquatic predators. Ironically, this makes them easier targets for predators above the water, such as seabirds and humans. But this reversal of fortunes doesn’t significantly hamper the advantage the fish gain from underwater predators.

Flying fish have long, narrow bodies, which are excellently streamlined to reduce drag. Their eyes are quite large with respect to their body, giving them good vision out of water as well as in it. While underwater, they never venture into deep waters, since this negates their special ability. They swim close to the surface, and keep their fins close to their body.

When threatened, they use their tails to propel themselves above the water — they flap their tails underwater more than 50 times per second (up to 70) and once out of the water, use their wings to glide across distances of more than 50 m. At the end of a flight, they can either drop back to the water by folding their wings, or extend their flight by slapping the water surface with their tails again while airborne. They can jump to a height of an astounding 6 meters, and can glide for a maximum recorded duration of 45 seconds! They can reach speeds up to 30 mph as they break out of the water, but then slow down during their glides, because their tail can’t propel them through air.

The family is divided into 7 genera (although other definitions may define 8 or 9 genera):

These genera contain, according to different definitions, 45-64 species.

Flying fish are found all over the equatorial and temperate zones, flourishing in warm waters around the world. They are found mainly in the Indian and the Atlantic Ocean, and considerable stretches of the Pacific in Oceania. As mentioned before, they are found primarily in the pelagic (uppermost layer) and shallow zones of the water body. This not only allows them to make the best of their unusual defense mechanism, but maximizes their chances of finding their preferred food.

Flying fish feed primarily on plankton and other algae, although some may eat smaller fish. This puts them in the equivalent aquatic ecological niche as small terrestrial herbivores. Analogously, they are pursued by a wide variety of oceanic predators, including dolphins and porpoises, tuna, squids, seabirds, swordfish, marlins, and pretty much any other carnivorous fish larger than them. Human predation is not as significant in their case as it is in other commercially important fishes, but they are considered a delicacy in numerous cuisines, including China, Japan, Korea (both), Indonesia, Vietnam, India, the Caribbean — particularly Barbados, and all across Oceania.

Barbados, once nicknamed ‘the land of the flying fish’, holds this animal in particularly high regard. It is the national animal of Barbados and holds a seat of honor in Barbadian cuisine. Although it is not as abundant around Barbados any more, it is still highly valued, and is important in Barbadian culture.

The national dish of Barbados consists of a local concoction known as cou-cou and flying fish. Apart from Barbados, flying fish is a prized seafood across the Eastern coast of Asia, and is commercially fished from Japan to India. Japanese cuisine primarily uses dried fish and the roe (fish eggs) of flying fishes, in a dish known as tobiko. It is also an important food in Taiwan, particularly on Orchid Island, where it is the staple.

The California flying fish is the largest flying fish; it tops out at 18 inches. Most other types grow to lengths of about 8-12 inches.

Young flying fishes do not resemble adults. Juveniles have a colorful appearance and long whiskers at the side of their mouth. They resemble the flowers and blossoms of the Barringtonia plant, commonly known as cornbeefwood, which provides them a natural camouflage.

The eyes of flying fishes are, relative to their body size, quite large, and flat. This gives them good vision both in and out of water.

They are attracted to light. This trait is used in the Solomon Islands, where fishermen catch flying fish at dark nights, using torches to induce the fish to jump out, and then catching them in midair.

Along with their pectoral fins (their pseudo-wings), they have unevenly forked tails (caudal fins). Here, the lower lobe is longer than the upper lobe.

Any trips to tropical and temperate coasts would not be complete without venturing out to sea to spot these weird and wonderful creatures!