The white fox or the arctic fox is found in the cold Arctic region, and can camouflage themselves well into their surrounding. Read on to know more facts about the arctic fox and its behavior.

You are here: Home / Uncategorized / Surprisingly Fantastic Facts About the Arctic Fox

The white fox or the arctic fox is found in the cold Arctic region, and can camouflage themselves well into their surrounding. Read on to know more facts about the arctic fox and its behavior. 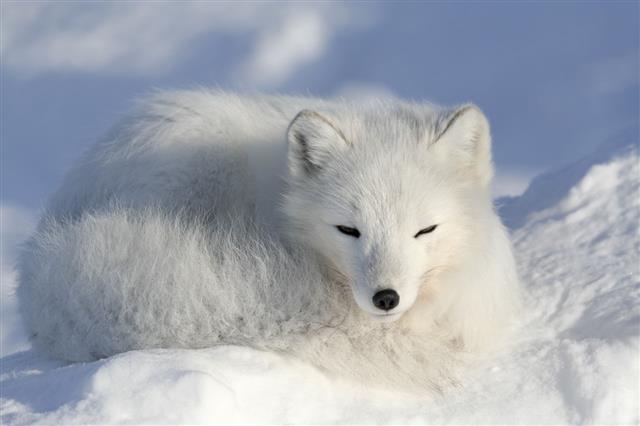 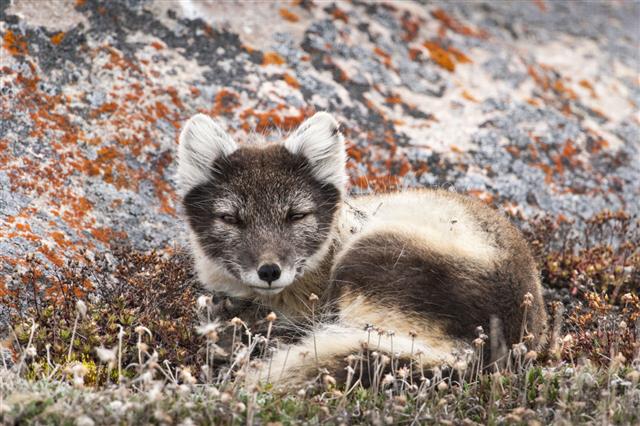 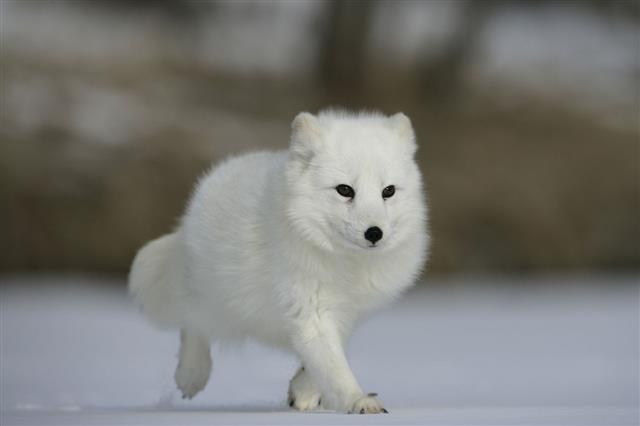 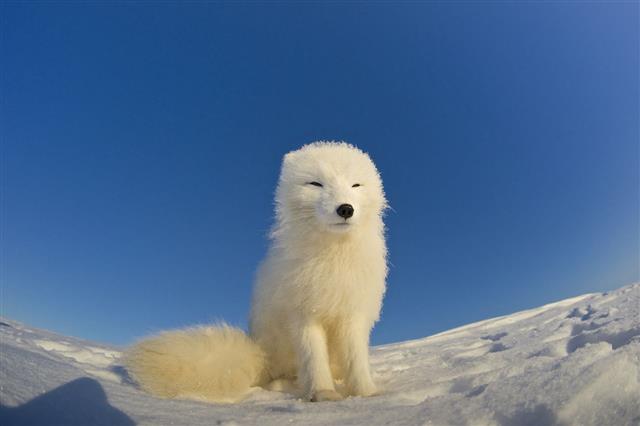 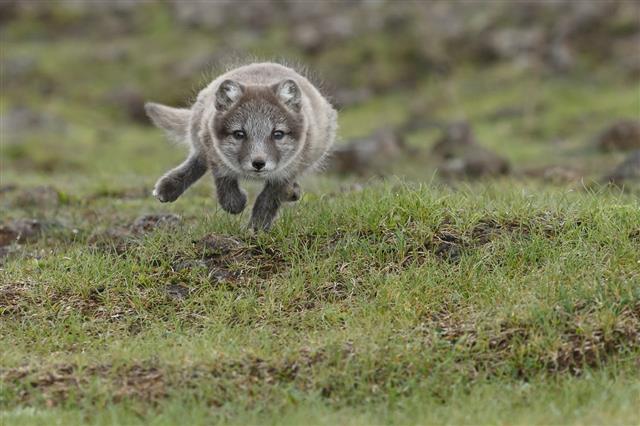 Arctic foxes have the largest litters among canids; one litter can contain as many as 25 babies!

Scientifically known as Alopex lagopus, the arctic fox is also known as the white fox. They are found in the northern hemisphere, and mostly live in areas of Northern Canada, Alaska, and around the Arctic Circle in the tundra and some coastal areas. It weighs around 2.5 to 9 kg, and has a length of about 75 to 115 cm.

The white fox has been given the name due to its coat, which is white predominantly in the winter season. Once spring or summer sets in, it tends to become slightly thinner and starts to become brown and black. The legs, along with the back and the tail, tend to become prominently brown. Some even have a bluish coat during the winter season, which becomes darker during the summer days. This serves the purpose of camouflage in different climatic conditions.

Facts about the Arctic Fox

» The arctic fox digs deep burrows in the side of cliffs to inhabit. They are also known to live in a den or a cave. These foxes also bury themselves into the snow for protection, and use their thick tails as a blanket against the biting cold.

They use their tail as a blanket

» The tail of the arctic fox is bushy. This helps it maintain the balance of its stout body, and also acts as insulation against the cold environment.

» The arctic fox relies on its superior sense of smell to track down prey living under the blanket of snow. Once it zones in on its target, it punches through the snow to get to it.

» They are a nomadic lot. They generally move to different areas in the constant and inevitable search for food. It is during the summer season that they live in groups that consist of mostly males and few females along with the kits (The baby foxes).

» The arctic fox reaches sexual maturity as early as 10 months. They tend to be sexually active from September to May.

» New litters are born, after a gestation period of 52 days, in early spring. More than 20 kits may be born, but the number is normally below 10. The males as well as the females look after the young ones.

» While the males are known to stray away from the family later on, the females tend to remain with the family. Like most canids, these foxes have a strong sense of comradeship and family.

» Arctic foxes use a wide range of sounds to communicate with each other. These can range from a loud yowl if the distance is long, to a high-pitched yelp when they need to warn the fox kits about potential danger.

» Arctic foxes can run at a speed of around 30 mph, but unlike gray wolves, they don’t engage in long chases.

» Due to its small size, the Arctic fox has quite a few enemies, such as polar bears and gray wolves. Wolves and snowy owls are known to attack the kits. Grizzly bears are also known to be a threat to arctic foxes. Humans also pose a constant and serious threat to the arctic fox, as these harmless animals are constantly hunted down for their fur. The slate-shaded coats are particularly prized.

» This species also has the warmest fur among canids. The compact and dense body, which lessens the amount of surface exposed to the snow, along with its short legs and thick fur helps it to battle the intense colds. The arctic fox also has dense hair on the footpads that protect it from the cold, especially while hunting.

» The arctic fox has a fascinating evolutionary trait to survive in its cold climate. The arteries and veins in its limbs are situated quite close to each other. Due to this, a continuous chain of heat transfer is established between the warmer blood in the arteries and the colder blood in the veins. The arterial blood loses heat to the blood returning to the heart, and thus it doesn’t have much excess heat to lose in the paws.

Cyclically, the blood returning from the paws is gradually warmed by heat gained from the adjacent arterial bloodstream. So, although the paw remains cold, blood circulation is unaffected.

» The snow fox or the arctic fox is also the only one from the dog family to change the color of its coat seasonally.

» Arctic foxes are, like most canids, omnivorous. They are known to eat any meat they can find, including arctic hares, lemmings, and ground squirrels. Seaweed and berries are consumed especially during the summer season. During the winter season, when it becomes difficult for it to hunt on its own, they even scavenge on the meat caught and already preyed upon by wolves or polar bears, predators that are much more successful for much longer into the winter.

» This polar fox is also known to dig into the ground to store food. This acts like a freezer to keep food fresh for later. The arctic fox’s keen nose helps it locate the buried stashes easily.

These were some interesting facts about the arctic, or the polar fox. Hope you found them interesting! 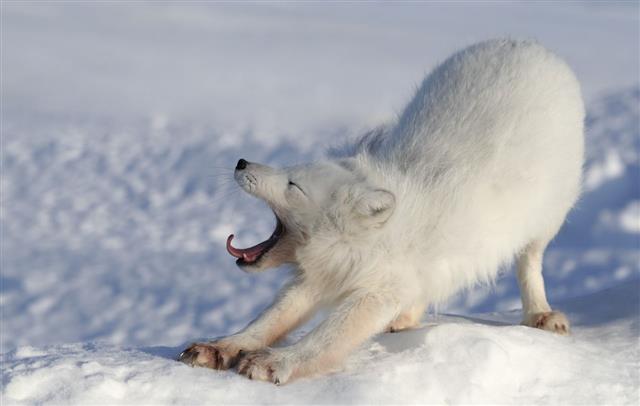