Fun Facts and Pictures of Animals Whose Names Begin With N

Our planet contains numerous animals of different families, species, or subspecies, and it is not possible to remember or know all of them. So an easier way is to classify them alphabetically. AnimalSake lists out the animals whose names begin with the letter "N", along with their pictures.

You are here: Home / Uncategorized / Fun Facts and Pictures of Animals Whose Names Begin With N

Our planet contains numerous animals of different families, species, or subspecies, and it is not possible to remember or know all of them. So an easier way is to classify them alphabetically. AnimalSake lists out the animals whose names begin with the letter "N", along with their pictures. 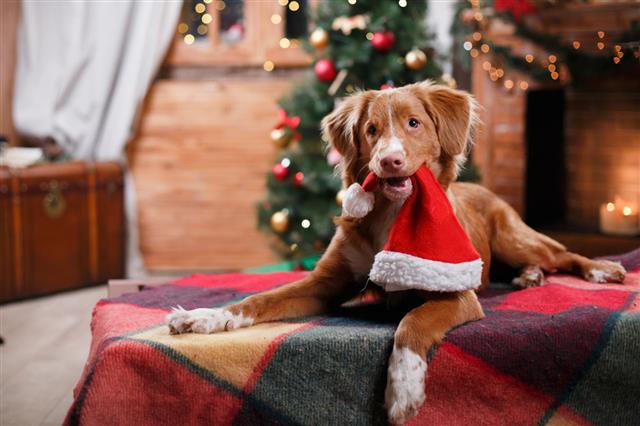 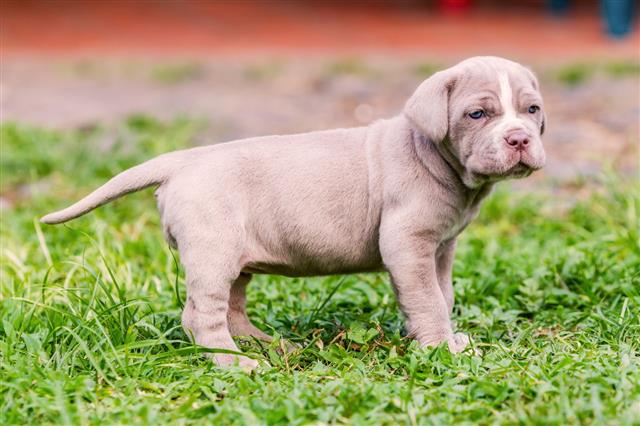 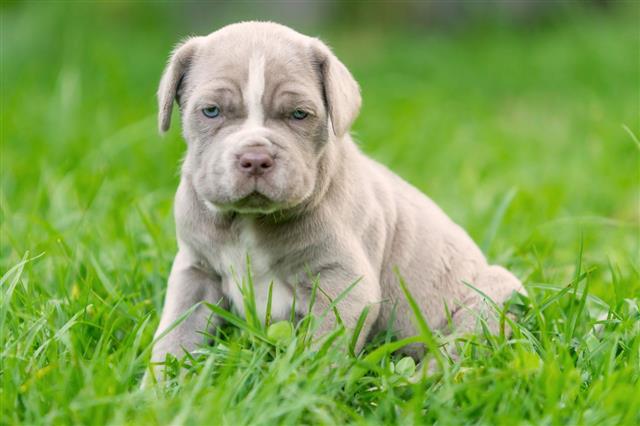 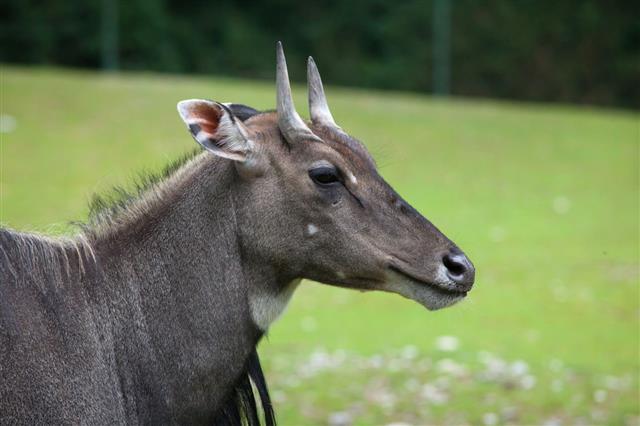 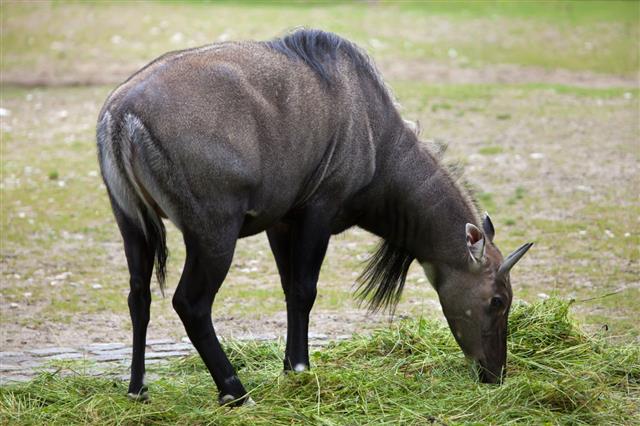 The Naked Mole-rat is the first mammal which shows eusociality. This structure means that only one female and 1 – 3 breeding males reproduce. The other group members are sterile and work towards (small workers) maintaining the nest, gathering food, or (large workers) getting ready for any attack.

Trying to list out animals whose names begin with “N”, and we can think of 1 – 2 names because we hardly know or have seen all animals in an alphabetical order. There are so many of them, divided into categories based on their habitat like ocean animals, farm animals, rainforest animals, or maybe zoo animals. We, at Buzzle, have made the task a little easier and collated a list that includes birds, rodents, and insects.

Moreover, there are hundreds and thousands of animals whose names begin with ‘N’ if you consider their scientific names or every different species for that matter. Listed below are animals that are entirely different and not subspecies. We have also provided another list of animals differently. The reason being that those animals are just named after a region like North America or Norway, and hence have names that begin with an ‘N’, but might be classified as different animals.

Neeldefish are characterized by long and slender bodies with narrow jaw and sharp teeth. The juveniles look like they have a half beak. Most species are found in the subtropics, but some are also found in temperate waters. Different species inhabit different water bodies. It swims in schools, and sometimes, is observed with tuna.

Interesting Fact: In some regions, needlefish can pose a greater threat than sharks because of their jumping activity. Also, they are attracted to light and many cases have been recorded where they have jumped of flown towards the light source and in the process, injured or even killed humans.

It is characterized by a black face, cap, and hind neck but the cheeks are buff-colored. There are diagonal rows of white feathers and the black skin can be observed intermittently, which gives the impression of black and white stripes on the front and sides of neck. The males and the females are very identical.

Interesting Fact: The Nene was almost extinction in the 1940s, because of the hunting sessions in winters (breeding season). Many efforts were taken to increase the bird population. It was made Hawaii’s State Bird, in 1957, and now, it has a stable population.

Netted dragons are divided into the Central netted dragon and Western netted dragon. These lizards are found in large numbers, in dry areas. The name represents the net-like pattern, which helps camouflage. These have adapted to their habitat loss and so have not declined in numbers.

Interesting Fact: The netted dragons stay in sandy and desert areas. So, they start their day with basking in the sun, because they need all the energy to digest their food.

This is an aquatic amphibian, which has three life stages: larva, eft (juvenile), and the adult stage. It should not be confused with a salamander. It has a lizard-like body and can live in water permanently, or terrestrially (breeding in water), or both. It is kept as a pet but its skin can produce toxins, which can be fatal to humans if digested.

Interesting Fact: Newts have the ability to regenerate their eyes, spinal cord, intestines, heart, limbs, and upper and lower jaws.

Nighthawks belong to the family of nightjars, but can be less nocturnal than the others of the family. They have long and pointed wings, short legs, and very short bills. Their black-brown plumage helps them to hide in the trees.

Interesting Fact: Some species of this bird will sit facing along the branch, unlike other birds which usually sit across.

Nightingales are small brown-colored birds, which are very famous for their beautiful songs. The name means “night songstress” and rightly suits the birds, because they sing during the day and night. The songs are mostly used to attract mates, and sometimes, to defend territories.

Interesting Fact: In the past, people thought that the females sang but the males are in fact much better singers and are commonly seen and recorded.

Nilgai is the largest Asian antelope and is commonly seen in farmlands or scrub forests. It has become extinct in Bangladesh, but is seen in India, Pakistan, and Nepal. It has thin legs and a white throat bib. The males can be identified because of their horns.

This is a species of carnivorous fish, which is seen in fresh and brackish waters of the Northern hemisphere. These fish grow big and are often olive green in color, with yellow to white shading on the belly. Sometimes, the fins can be reddish in color, and it has some light spots too.

Interesting Fact: In May 2004, a very long Northern pike was caught and released in the Apisko Lake, Manitoba, Canada. It was 60.5 inches (154 cm) in length.

Interesting Fact: These birds are known for their ability to store nuts, almost 30,000 pine nuts in one season. This helps in naturally re-establishing of seeds even if the trees are burnt or cleared.

These birds belong to the genus Sitta. They are known for their small size with a large head, short tail, and strong bill and feet. They sing loud songs, sometimes to mark their territory. These have the ability to climb along the trunk, sometimes upside-down. They feed on hidden insects and nest in cavities or old woodpecker nests.

Interesting Fact: The white-browed nuthatch is endangered and no measures have been taken yet. Also, the Algerian nuthatch has a number less than 1,000. Sadly, habitat loss won’t stop!

Nutria is a large and semi-aquatic rodent, and is also known as the river rat or coypu. It has a huge range, but is mostly considered as an invasive species throughout. It looks like a huge rat with a small and round tail. It is mostly dark brown in color, but may have a pale fur too.

Interesting Fact: These rodents are herbivorous in nature. An average adult feeds almost 25% of its body weight daily, and all round the year. They eat the base stems of plants, which can become a problem for other animals and humans.

Nyala is an antelope, characterized by spiral horns. It is native to southern Africa. The females and juveniles are brown colored, but the males are darker and have a bluish tinge. The 10 – 12 white lines on the ventral side are distinct. They are herbivores, feeding on foliage.

Interesting Fact: These have a loud, dog-like bark which is usually used by females to warn others about any danger. It is observed that these respond and interact with the alarm calls of kudu, impala, and baboon.

Nabarlek is a very small macropod species, known as pygmy or little rock-wallaby. It is mostly gray-colored and may have rufous tinges and black patches on the body. It is found in a very small area of northern Australia. It is nocturnally active and feeds on grass and other vegetation.

Interesting Fact: It was considered as the smallest rock-wallaby but then “Monjon” (in 1978) was discovered, which is the smallest.

This is a very weird and unusual looking, burrowing rodent, native to East Africa. It has very less hair (only pink/yellow skin), small eyes, and large, protruding teeth. It is highly adapted to the harsh, desert conditions. It is a long-living animal (31 years) and is known for its resistance to cancer.

Interesting Fact: It has less pain sensation in its skin, almost nil. It is unaffected when exposed to injections or acids.

Noolbenger is a tiny marsupial, native to a small area of western Australia. It is smaller than a mouse, and has a distinct pointed, long snout. It also has a long tongue which is used to gather pollen and nectar. It is mostly active at night, but can be seen in daylight too.

Interesting Fact: These tiny animals have great front and back feet which can be used to grasp. Hence, they can climb trees very well.

Numbat is a small marsupial inhabiting Western Australia. It has a pointed muzzle and a bushy tail that is as long as its body. It can be gray to reddish-brown in color and has black stripes running all over its body. It feeds mostly on insects like termites.

Interesting Fact: There were two subspecies but one of them (rusty numbat) is extinct since the 1960s. The other extant species is currently endangered.