It is not uncommon to come across woolly bear caterpillars on sidewalk, roads, and other areas during autumn. There are many interesting facts worth knowing about this tiny creature. AnimalSake enlists some of them.

It is not uncommon to come across woolly bear caterpillars on sidewalk, roads, and other areas during autumn. There are many interesting facts worth knowing about this tiny creature. AnimalSake enlists some of them. 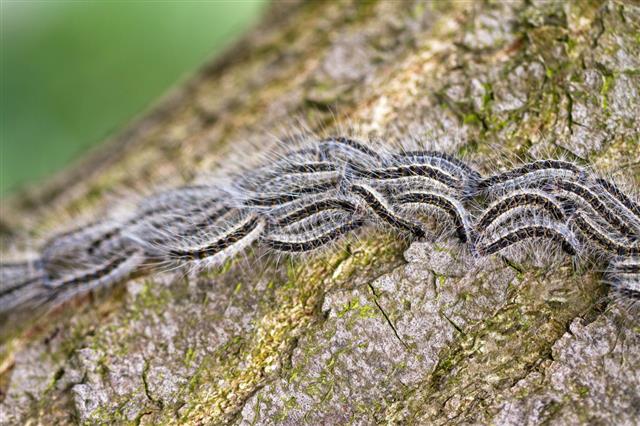 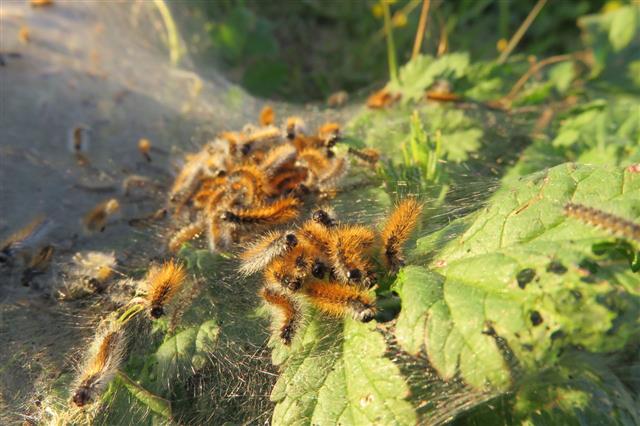 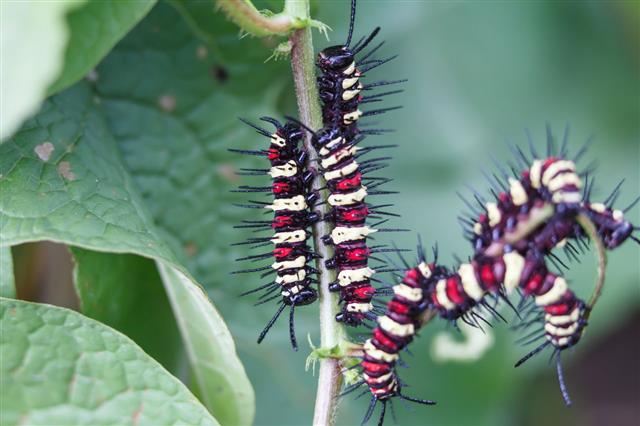 There is a myth in the Eastern region of the United States and Canada, which states that the amount of black or brown patch on the skin of woolly bear caterpillar determines the intensity of the coming winter. If the brown or black patch is thick winter will be mild, whereas if the patch is narrow then winter will be very severe.

If you found a black and brown fuzzy caterpillar in your backyard or on the road, chances are you saw a woolly bear caterpillar. Woolly bear caterpillars are mostly found in cold regions including the Arctic. Pyrrharctia isabella is its scientific name and this particular species of caterpillar belongs to the Arctiidae family of moths. There are around 250 species that inhabit North America. This family is of the order Lepidoptera, it is a brown and black banded caterpillar which spends the winter in hibernation.

Woolly bear caterpillars are the larval form of the Isabella Tiger Moth. They normally don’t live inside houses, but occasionally might wander into your garage. They are slightly unusual from other caterpillars because of their fuzzy larval form, and because they have the ability to produce sounds, which helps to attract mates and repels their predators. Woolly bear caterpillar are not poisonous at all and they don’t inject any venom. Though they do not cause any disease or irritation, but handling them is not advisable, because their hairy bristle may cause itching and dermatitis in people who have sensitive skin. Here is some information about what they eat, if they are poisonous, and other attributes such as their appearance, life cycle, habits, etc.

▸ Woolly bear caterpillars are covered with warm and fuzzy bristles. The larva has black patches at both the ends, it sometimes has reddish-brown patch in the middle, but that’s not always the case.

▸ It is entirely covered with bristles but it does not feel like a wool, rather has a spiky feel to it. The red or brown band in the center is the main feature that separates it from its counterpart.

▸ The widths of the band can vary. Woolly bear caterpillar grow an average of 2 inches long.

▸ They are most familiar in many parts of the United States except Alaska and Hawaii and Southern region of Canada.

▸ You can also find them in woods which has herbs along roads or sidewalk.

▸ They are not considered as garden pests because seldom they thrive on crops or garden plants. Clover is said to be there favorite meal, but at the start of their life they would devour the plant it is born on, that is where the female moth deposited her eggs.

▸ They like to eat plants such as maple, aster, sunflower, or birch. They also eat dandelions, nettles, and herbs.

▸ They start their life as eggs deposited by tiger moths during summer months. Once the eggs hatch they will start eating, they are not picky eaters so will eat anything they get.

▸ Unlike other species of caterpillars woolly bear caterpillar don’t pupate during the winter, but they stay in caterpillar form and generate an antifreeze chemical known as cryoprotectant which helps them to retain their normal body temperature and prevents their body from freezing. As the winter approaches they come out in huge numbers to search for a safe and warm place to pass the winter. This is when they enter the hibernation mode.

▸ When the sun shines again, meaning when spring arrives they start eating again till they pupate. When the time comes they surround themselves with a cocoon. They remain in this state till they form their adult body parts, and transform itself from caterpillars to Tiger moths.

▸ But once they are ready, they need to quickly search a mate to copulate and lay eggs. Tiger moths usually have two generations each year, but some are recorded to survive 14 winter cycles. Adults usually stay in the cocoon for about a month. And the eggs take at least two weeks to hatch, it all depends on the climate present.

▸ They develop into a beautiful Isabella Tiger Moth, they all are born with unique look. Their wing size is almost 2 inches. Some have yellow wings with tiny black dots over them. Some are white with colored bodies, whereas some have patterned wings like stripes or some dots. These moths continue eating by sucking the nectar from plants instead of chewing them.

▸ The fuzzy spiked outer cover makes them less vulnerable from the attack of their predators. The layers of spikes act like a protection between them and their predators.

▸ Animals such as skunks roll them until the hair is gone to consume them. Others directly gulp them down to avoid the feeling of its hair.

▸ But the defense mechanism is of no use when they turn into a moth as they lose their hair. If you pick them up or disturb them, they will coil up and play dead till you leave them alone.

Woolly bear caterpillars are known to consume several plant families during their lifetime. Also, the population of these caterpillars vary, according to the aforementioned information many of them are seen crossing the roads. But many of them come under the vehicle or cycle, so they can be plentiful one year and almost absent the next. 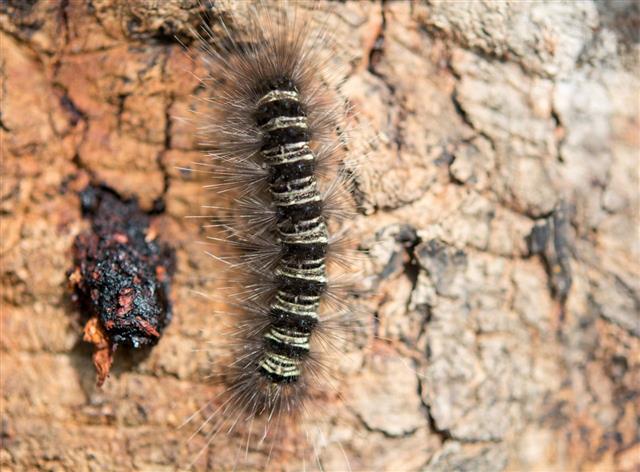