Eastern worm snake is a small, brown, non-venomous snake. Its appearance is very similar to an earthworm. AnimalSake will help you identify it and provide information about its habitat, feeding habits, and other life cycle facts.

You are here: Home / Uncategorized / Extremely Surprising Facts About the Eastern Worm Snake 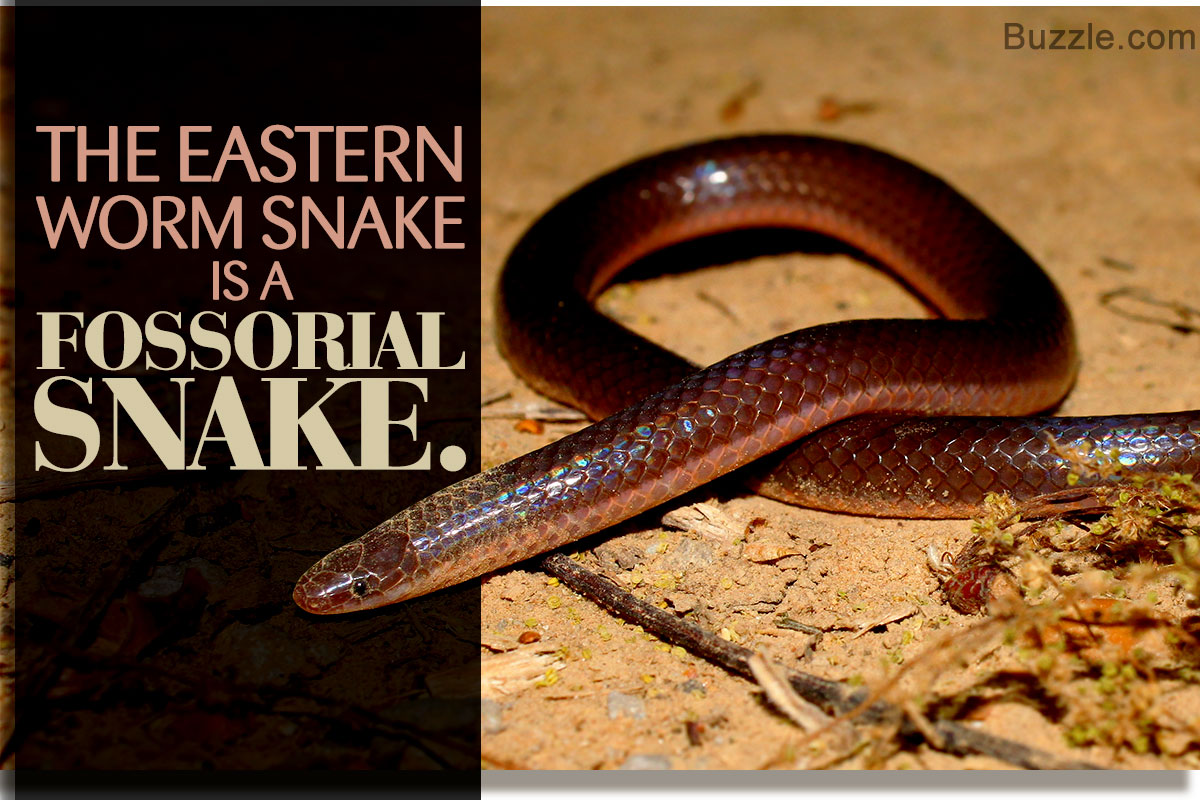 Eastern worm snake is a small, brown, non-venomous snake. Its appearance is very similar to an earthworm. AnimalSake will help you identify it and provide information about its habitat, feeding habits, and other life cycle facts.

This small, brown worm snake can be confused with other species like earth snakes, red-bellied snakes, southeastern crowned snake, little brown snake (Storeria dekayi), and the ring-necked snake. These snakes lack a pointed tail like the worm snake. The head shape, color, and body patterns help to distinguish it from the others.

The Eastern worm snake is one of the non-venomous colubrid species. It is a small species with a specific brown-colored body. It looks like an earthworm because of its small size and color. The earthworm is also its primary diet. It is normally found in eastern parts of the United States. 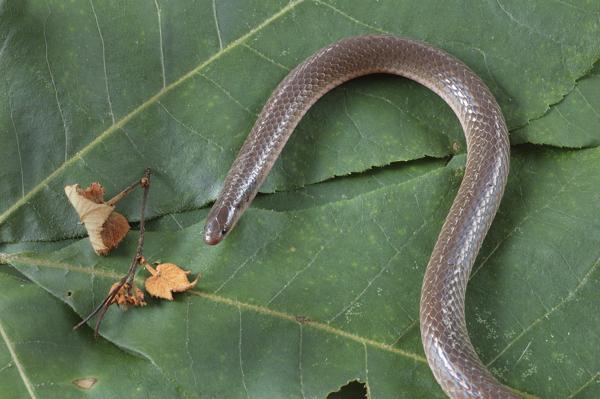 It is a fossorial snake, which means that it burrows into the soil most of the time. Its love for hiding makes it very difficult to spot. If seen, it is normally below dead plants or under rocks. It is harmless and hardly makes any contact with humans. Let’s know some more details about this unique species.

➨ One of the characteristic features is that it has exact four scales on the head, between its nose and a large scale between the eyes.

➨ The head is not distinguishable from the body, and it has a slightly tapered but blunt shape. The functional eyes are small, round, and black in color. The tail is small and tapers to a pointed end. Its sharp, pointed tail helps it dig in the soil.

➨ An adult Eastern worm snake grows up to 11 – 14 inches only. The hatchlings are only 3 – 4 inches in length. The males are smaller than the females.

➨ The scales are smooth, which give it a glossy look. If there’s any confusion between this snake and brown or red-bellied snakes, these smooth scales will help differentiate. Others have keeled scales.

➤ These snakes are found in the Eastern U.S., from New England to central Georgia, and west of the Mississippi River. As you go west from the river, a similar (more colorful) western worm snake can be found. Basically, it is found in Maryland, Virginia, North Carolina, South Carolina, New York, New Jersey, southern Arizona, southern Connecticut, southern Massachusetts, and the Appalachian Mountains of Kentucky and Tennessee.

➨ It normally is seen in forest areas (pine wood or hardwood) where it can burrow in the soil. Tree barks, dead logs, leaf litter, mulch piles, weedy pastures, and under the rocks are some of the preferred places of this snake. In short, it can be found at places where it gets it food; be it fields, forest, or backyards.

✱ This snake feeds mostly on earthworms and grubs. It can also eat other soft-bodied larvae or insects. Very rarely will it feed on small salamanders, snails, or slugs.

❏ In the dry season, it prefers to burrow and live very deep underground as it can find at least a little bit of moisture. Also, it mostly ventures out only at night, which helps in minimizing water loss and also to feed on its prey. In damp weather, the chances of a worm snake roaming in open areas is high. In winters, it hibernates. It is active during the evening, early mornings, and sometimes, at night.

❏ It is observed that if this snakes is held by humans, it will use its head and pointed tail to slip and slide between the fingers and run away.

➨ These snakes mostly mate in the months of May and June as both sexes are seen together. The eggs are seen through the translucent underside of the female. The eggs are laid in June to mid-July.

➨ One clutch of eggs have almost 2 – 8 small eggs that are elongated and only 1-inch long. The clutch size varies according to the size and age of the female. These eggs are laid under rocks or inside logs or stumps. These eggs mostly hatch around August – September. The incubation period is almost 2 months when the mother is seen around or with the eggs.

➨ In certain situations, the females will store the sperms in their oviducts, over winter, and will use them for fertilization only in spring or summer.

➨ Baby worm snakes mature at an age of 3 years. In the wild, these snakes can live up to 4 years of age. Very little is known about these secretive snakes.

➨ In our ecosystem, these snakes help control the worm or insect population. Sadly, these small snakes fall prey to many like prey birds, big snakes, large lizards, and even some small mammals. Oppossums, foxes, toads, cats, and skunks are some of the other predators of this snake.

➨ These snakes are not at all harmful to humans. Hence, they are sometimes also kept as pets. Their shy nature makes them suitable for beginners and snake lovers.

Eastern worm snakes are marked as “Least Concern” by the IUCN. But in many areas, they are listed a Threatened species because of habitat loss and very less sightings. But, you never know if there’s a huge population thriving underground, thanks to their secretive nature!