A List of the World’s Biggest Snakes With Stunning Pictures

Species belonging to the family of anaconda, boa and python are considered as some of the biggest snakes in the world. Here are pictures and information on all big snakes.

You are here: Home / Uncategorized / A List of the World’s Biggest Snakes With Stunning Pictures 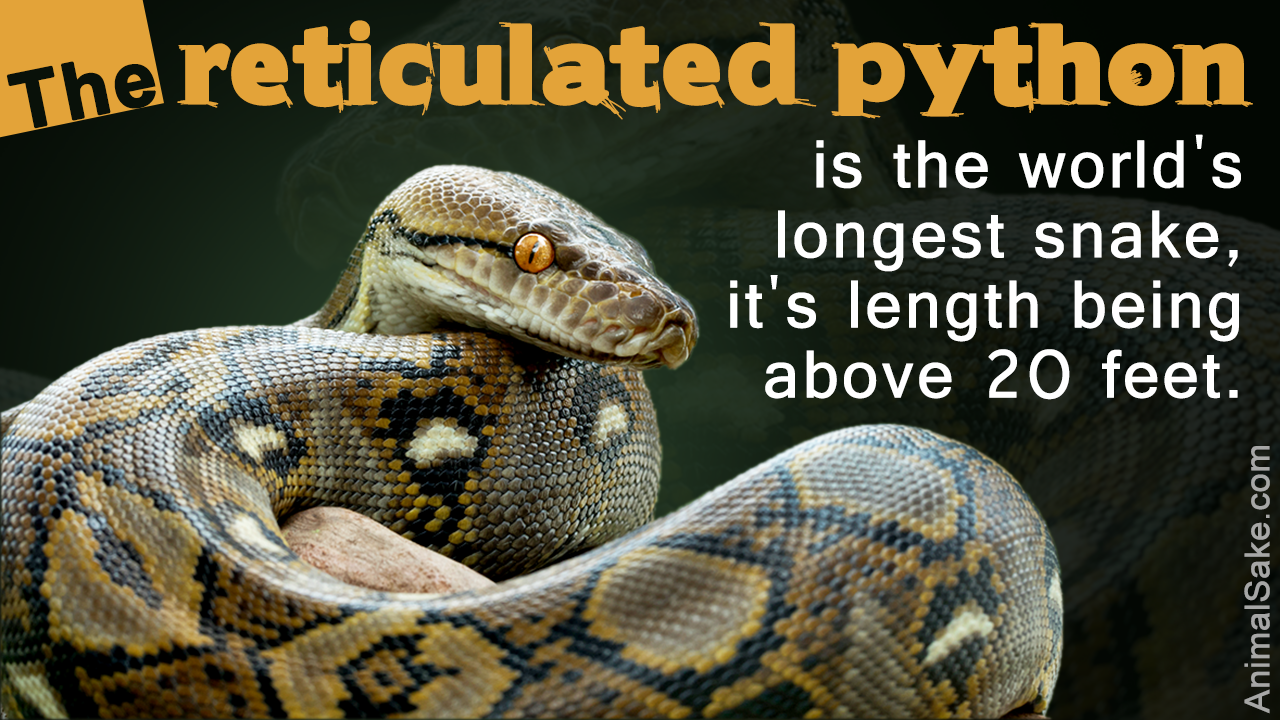 Species belonging to the family of anaconda, boa and python are considered as some of the biggest snakes in the world. Here are pictures and information on all big snakes.

You must have watched the anaconda movies with awe. This great mighty and powerful snake can easily be termed as the largest, biggest snake, etc. On watching the movie, you must be wondering whether snakes, so huge, actually exist or not.

Well, apart from the fantasy and some fictitious aspects; there definitely exist snakes that grow as long as 20-30 feet (6-9 meters).

Largest Snakes in the World

The Burmese python, also found in Southeast Asia and India, is also one of the world’s largest snakes. With an average length of 12 feet (3.7 meters); it can grow up to a recorded length of 23 feet (7 meters). Burmese pythons have attractive skin coat in brown and yellow color and are often hunted for their skin. The Burmese pythons are the big snakes in Florida that have recently caused a lot of furore!

African rock python, or simply the rock python (Python sebae), belonging to the python family is another big snake in the world. These pythons, on an average, grow up to 20 feet (6 m) long. There are also records of African rock pythons found over 20 feet. As the name suggest, these snakes are specifically found in Africa and are also the largest snakes in Africa. The color of this python is usually brown and olive. These are carnivores and non poisonous species of snakes.

The king cobra, one of the deadliest snake in the world, can grow up to 18 feet in length. These snakes attack only when threatened and rarely come closer to humans. These snakes are usually found in Asia (India) and are easily identified with their characteristic hood. They are poisonous and can kill an animal or a human with one single bite!

Among the boa family, the Boa madagascariensis, commonly known as the Madagascar ground boa, is also one of the big snakes found in the world today. With longest recorded length to be 11-12 feet, these snakes averagely grow up to 8 feet. These snakes can also be easily identified as they have characteristic rhombus like pattern on the side ways rather than on the top. They are found in brown, yellow and black color. As they are native to Madagascar, these snakes are named so.

If you are looking for big snakes as pets, then the green tree python is simply the best. The green tree python or Morelia viridis has derived its name from its characteristic green colored coat. It is considered as one of the most attractive snakes as it is found in lush green, yellowish color with blue stripes. The average length of this snake is 7-7.5 feet. The largest one recorded is up to 8 feet.

The rainbow boa, Epicrates cenchria is one of the most unusual species of snakes found in the Earth. At a glance, they seem ordinary with orange brown color and you will think why were they ever named rainbow boas! When looked in proper light, they display iridescence, i.e., refraction of different colors like that of a rainbow. Rainbow boas are 5-6 feet in length, but, can also grow up to 7 feet. They are usually found in South America.

Apart from these, the following snakes are also worth noting as they grow up to or more than 5 feet in length. They include:

Most of the snakes found today are endangered species as they are killed when captured for their skins. Secondly, people thinking of using them as pets should be well-informed and take proper care of these interesting creatures.