There are different types of large antelopes found in the wilderness of Africa. The following article will cover their names that will help you know more about these beautiful animals. 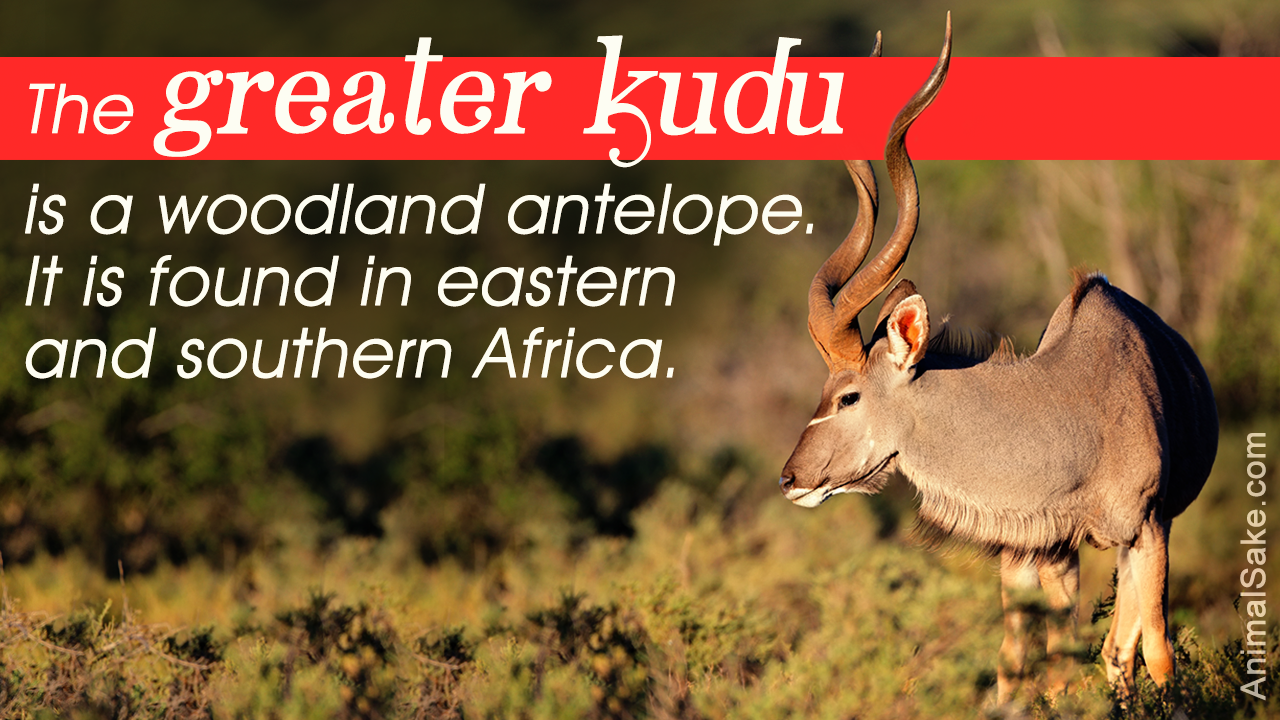 There are different types of large antelopes found in the wilderness of Africa. The following article will cover their names that will help you know more about these beautiful animals.

The large African antelope is a beauty in itself and is one of the most easily spotted animals during an African Safari. Antelopes are herbivores and belong to the miscellaneous group of old world species. They do not belong to the group of cattle, sheep, buffalo, bison, and goats.

There are around 91 species of antelopes that are native to Africa. In the following passages, we shall concentrate on the large antelope species of Africa and learn a bit about these majestic creatures.

This is the largest African antelope that is light brown in color and has faint white vertical stripes. It is usually found in the open savanna, semidesert areas as well as the montane grasslands. A herd of Eland comprises over 100 animals grazing together. Both males and females have horns, and the males have larger horns. The males are over 6 feet tall and weigh over 2,200 pounds. The females are slightly smaller in size. As elands mature, their light brown color turns more bluish gray and the oldest eland looks almost black.

This antelope is a member of the Oryx genus. They are light brownish gray in color and have lighter patches on the bottom rear of the rump. They have long black tails and a brown stripe that extends from their chin to the bottom edge of their neck. A Gemsbok herd consists of about 10 to 40 animals. They are about 4.7 feet in height. The males weigh about 550 pounds and females are about 460 pounds in weight. They can run up to a speed of 56 kmph or 35 miles per hour.

This large African antelope is an even-toed ungulate of the Bovidae family. It is found in Southern Africa and is closely related to the Topi and the Tsessebe. It has a tall horn that curves forward and then backwards in both males and females. It is about 5 feet in height and weighs around 440 pounds. The males turn territorial during courtship. The male hartebeest is dark brown in color and females are yellow brown in color. The herd contains about 5 to 20 animals, but it can grow as large as 350 animals in one herd.

The greater Kudu is a woodland antelope. It is found in the eastern and southern Africa. Kudus have long legs and the coat color ranges from brown, bluish gray, to reddish brown. There are 4 to 12 vertical stripes on the body of the Kudu. The males are larger than the females. The males also have large manes and large horns that take a 2½ twist. Females of this species do not have horns. Males weigh about 595 pounds and females about 463 pounds.

This is a handsome antelope that looks like a horse. It has a fawn gray color and pale belly. It has short decurved horns and a light mane. They are a very rare species that live in the lightly wooded savanna. They prefer grazing but will browse in case of sparse availability of food. They form a group of 5 to 15 animals with a dominant male.

The Sable antelope is a majestic looking animal with long, swept back horns. They inhabit the wooded savannah in east and South Africa. The males are larger than the females and are distinctively black in color. Females are chestnut to dark brown in color. Both male and female members of this large antelope species have white cheeks and white chin. On the back of the neck, they have a shaggy mane.

Waterbuck is a reddish-brown colored antelope with a white bib under its throat. It also has a white ring on the rump around its tail. The females form a herd of about 200 to 600 animals. Their meat has a very unpleasant flavor, therefore, they are not preyed upon by most predators. Only males of this species have horns.

Also known as the Gnu, it belongs to the genus Connochaetes. A wildebeest can grow about 4 feet and 10 inches in size. They weigh about 270 to 600 pounds. They are known for their annual migration and inhabit the Serengeti National Park. They are also found in the Masai Mara Game Reserve in Kenya and Liuwa Plain National Park in Zambia. They are grazers and graze in the morning and late afternoons. There are two types of wildebeest, namely, the Black Wildebeest and Blue Wildebeest. The favorite meal for the African lions is none other than the wildebeest.

This was all about the different types of antelopes inhabiting the African plains. However, these are just a few of the many species found in Africa. The African animals list is a really long one. The large African antelope is a beautiful creature. You can easily differentiate between the different species by the shape of their horns. 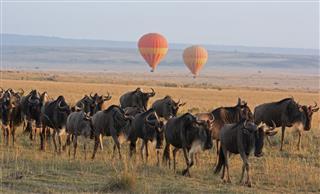 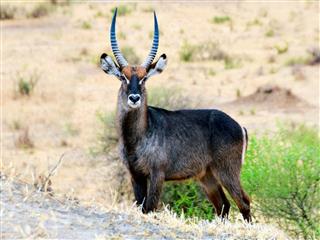 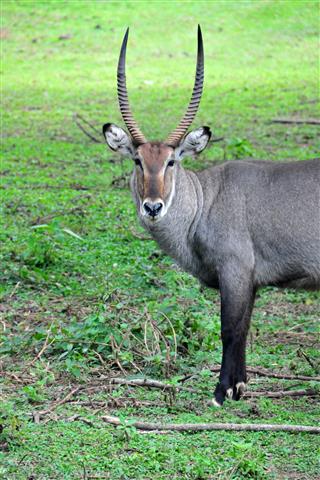 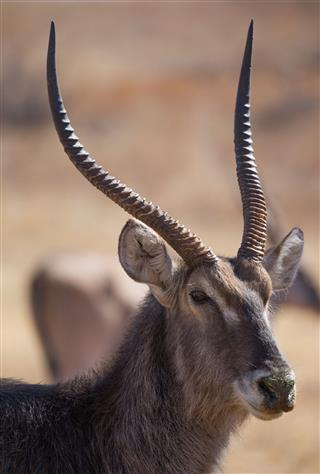 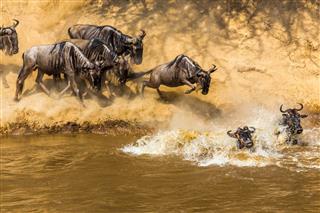 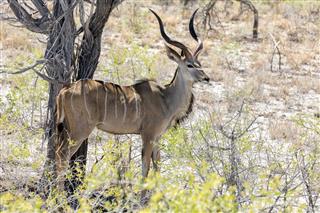