An Awesome List of Different Types of Chickens With Pictures

Chickens are one of the most popular domesticated animals in the world. There are many different breeds of chickens with interesting characteristics.

You are here: Home / Uncategorized / An Awesome List of Different Types of Chickens With Pictures 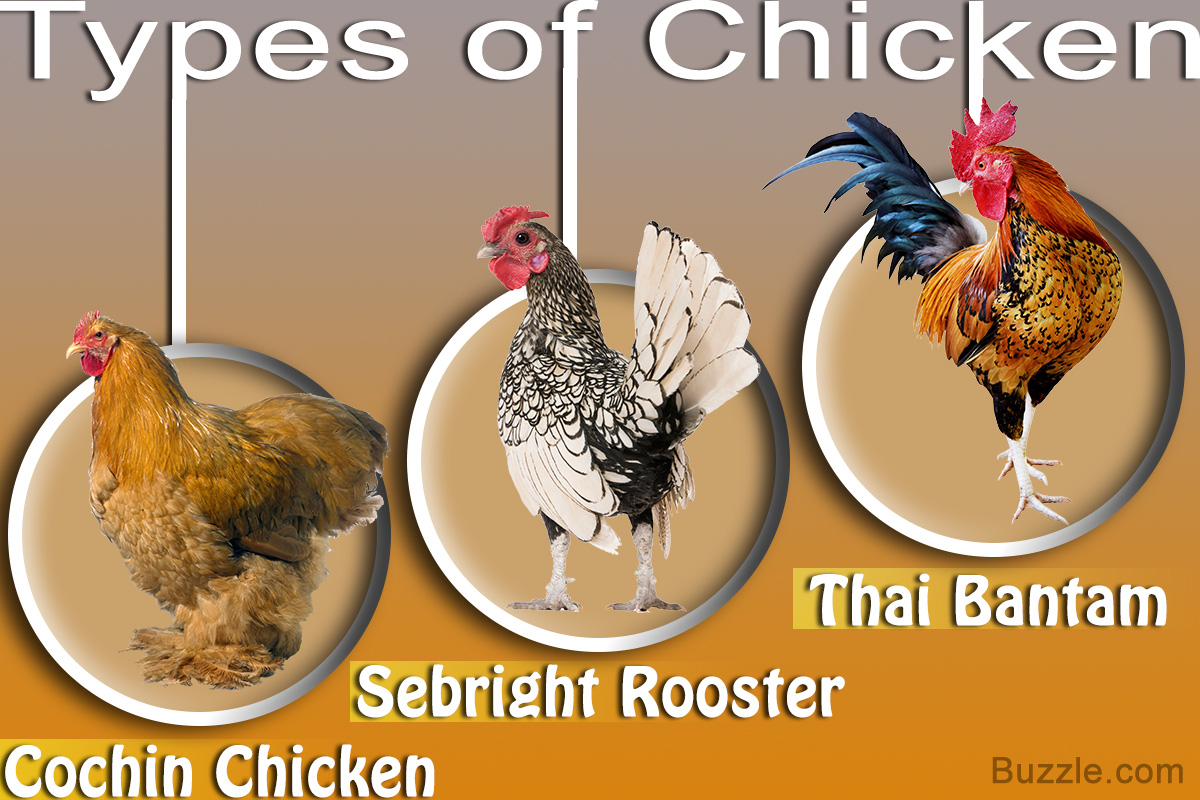 Chickens are one of the most popular domesticated animals in the world. There are many different breeds of chickens with interesting characteristics.

Chickens are one of the most common types of bird found in tropical countries after crows and sparrows. Various breeds are found in different geographic locations. Primarily, chickens can be divided into three categories:

They are a primary source of food, in terms of meat and eggs. There are egg-laying chickens, those meant for slaughter, and dual-purpose breeds. The egg-laying breeds are genetically modified to have high egg productivity. However, these are poor meat providers on account of their small bodies.

Can Different Kinds of Chickens Breed Together? 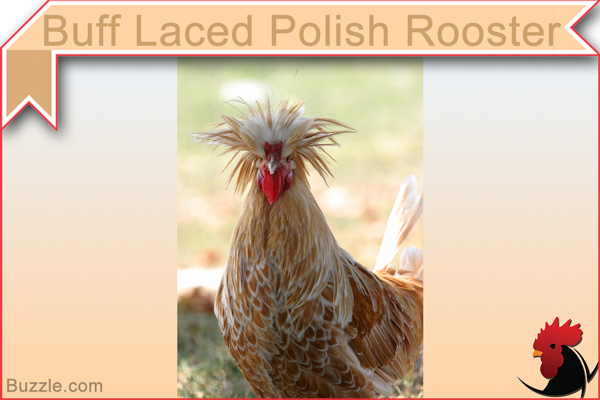 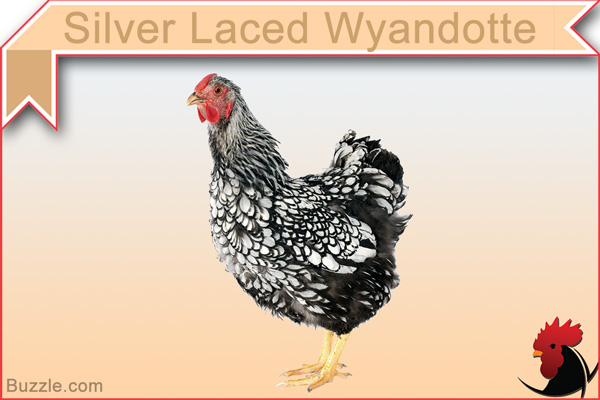 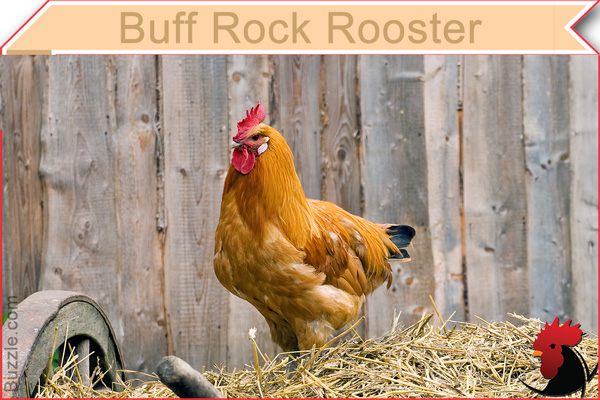 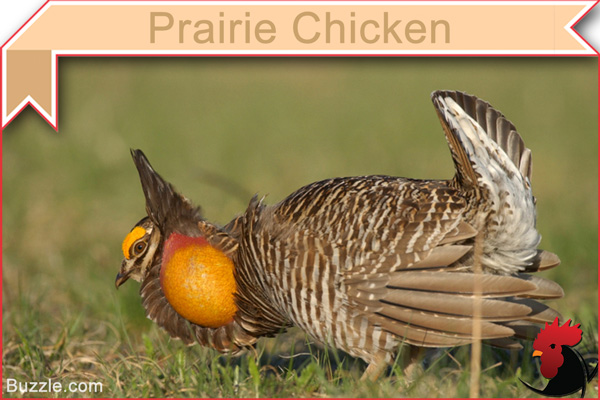 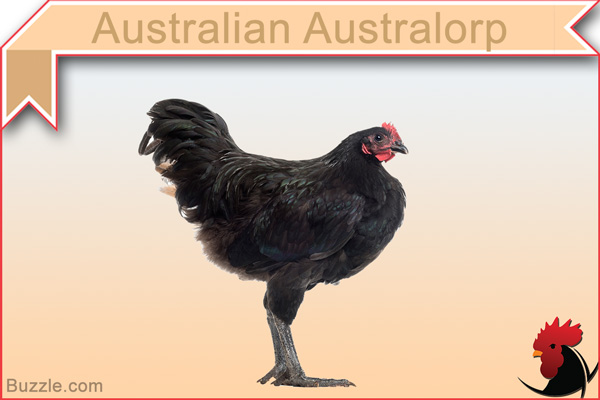 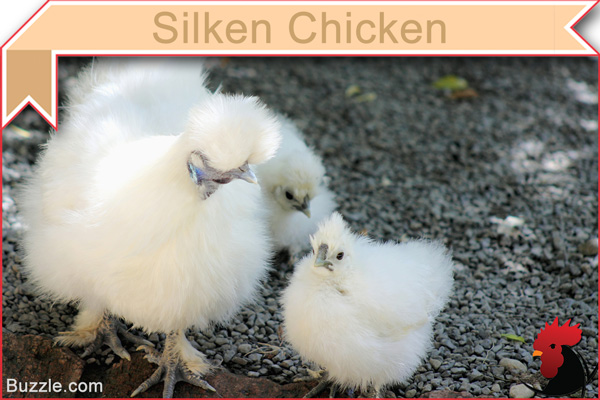 What are the Different Types of Chickens? 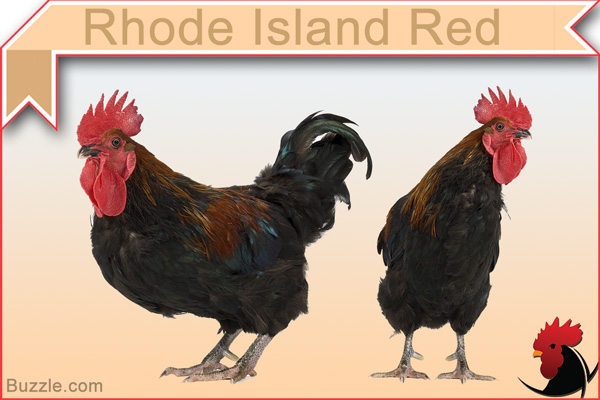 This breed can be further divided into single comb and rose comb. Chickens of this breed generally weigh around six and half pounds to eight and half pounds. The color of their feathers and eggshells are yellow and brown respectively. This is a dual-purpose breed, and is used for eggs and meat. They originated in Rhode Island, from where they get their deep color and bulky frames. 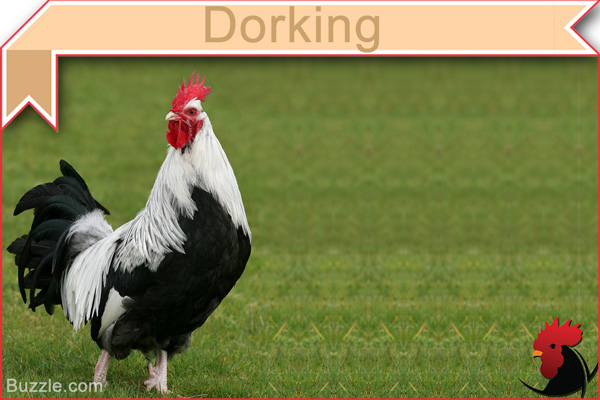 This breed is known for its fine quality of meat. They can be found in three varieties: silver-gray, white, and colored. Their standard weight is about six pounds. The color of their feathers and eggshells is white. It is believed to have originated in Italy, and was introduced in England by the Romans. They have a square frame and short legs. 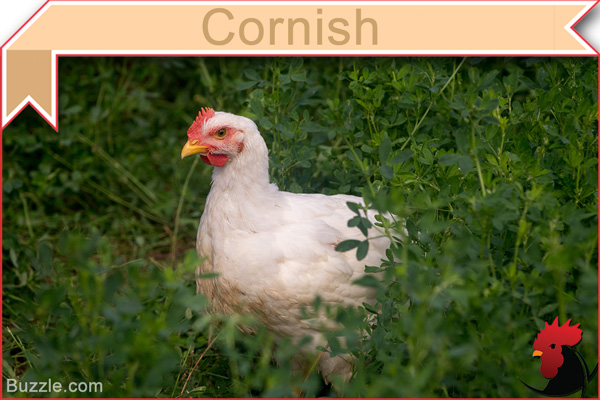 This breed is the finest for the meat and broiler industry. It has a muscular build. The color of the feathers and the eggshell are yellow and brown respectively. They are found in dark, white, white-laced and buff varieties, and weigh around ten pounds. This breed was developed in the county of Cornwall. They need protection during winters. 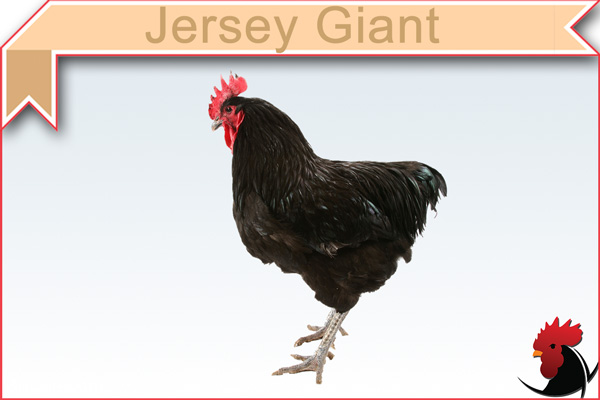 This large breed from United States was meant to replace the turkey. It is recognized by the American Standard of Perfection. They are very friendly chickens and do well as pets. The males are aggressive. In general, this breed likes being around people. 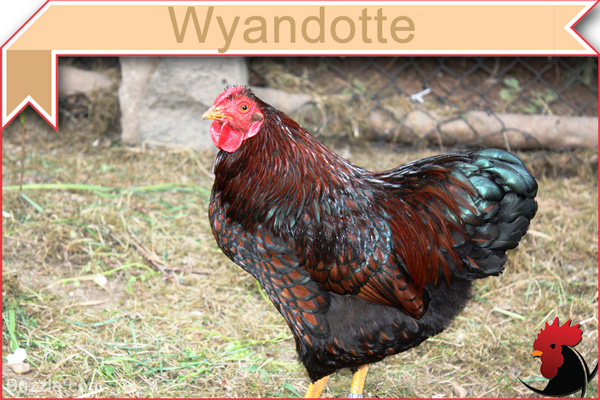 This breed is docile. These medium-sized birds have a rose comb with clean legs. They can live in free-range farms, or confinement. These are very vocal chickens, and are really friendly with people. 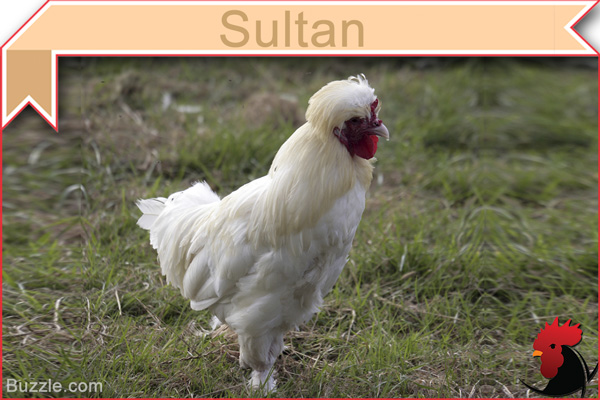 This breed of chicken originates in Turkey. They are primarily kept as ornamental breeds and for competitive showing. Sultans have a decorative plumage and have five toes on each foot. These are docile and friendly chickens, however, they can live in confinement.

This breed originates in the Appenzell region of Switzerland. There are two varieties
of this chicken. This includes the Spitzhauben and Barthuhner. The Appenzeller breed is generally kept as a show breed. This is not a fighting breed and can live in confinement.

Apart from these breeds, there are many breeds of chicken like the Campine, Catalana, Cochin, Brahmas, Baheij, Araucana, Aseel, Blue Hen of Delaware, Lamona, Asturian Painted Hen, Kosova Long Crowing Rooster and many more. This was some information about chicken varieties and chicken breeds. There is more to chicken, than just meat and eggs. Next time you spot a chicken, do try to guess its breed.