You are here: Home / Uncategorized / Wonderfully Astounding Facts About Groundhogs 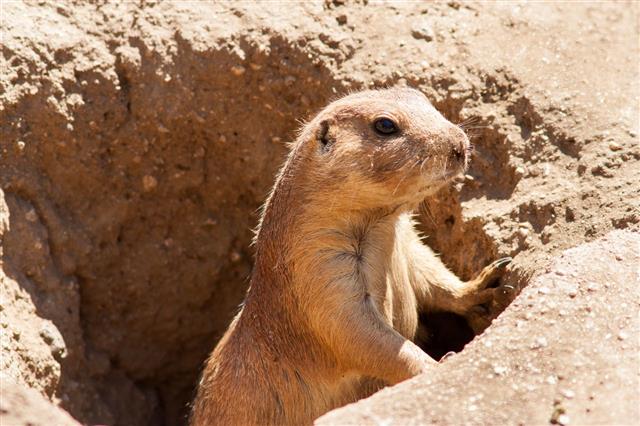 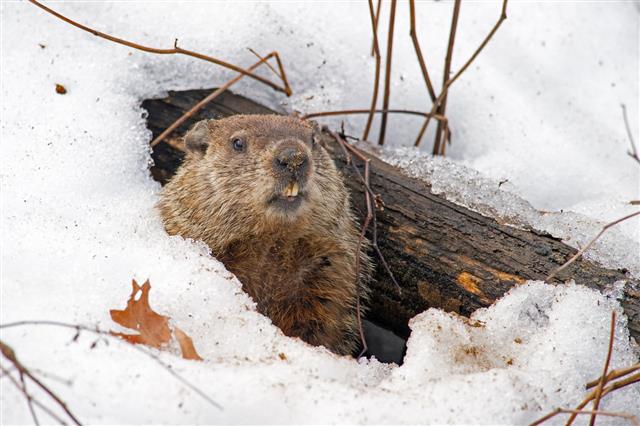 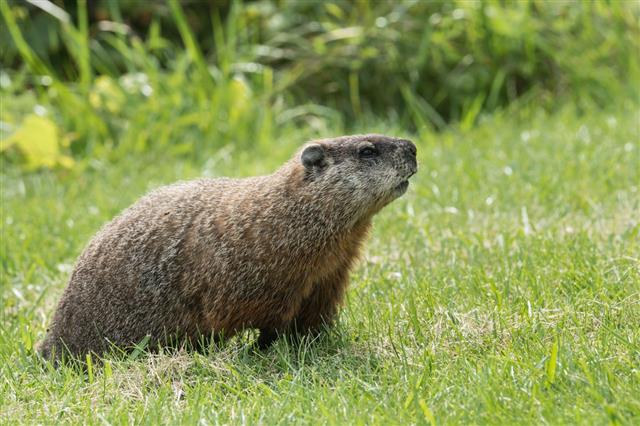 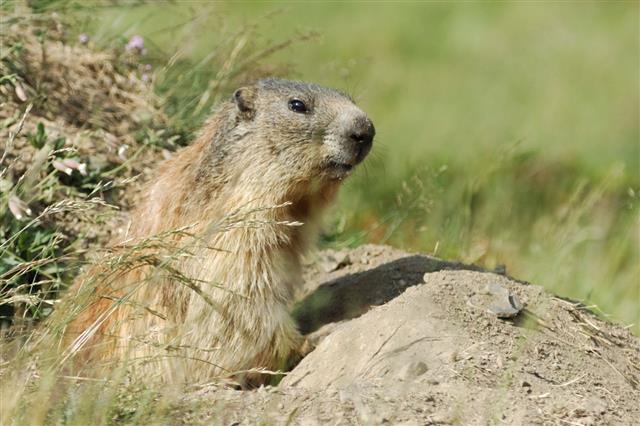 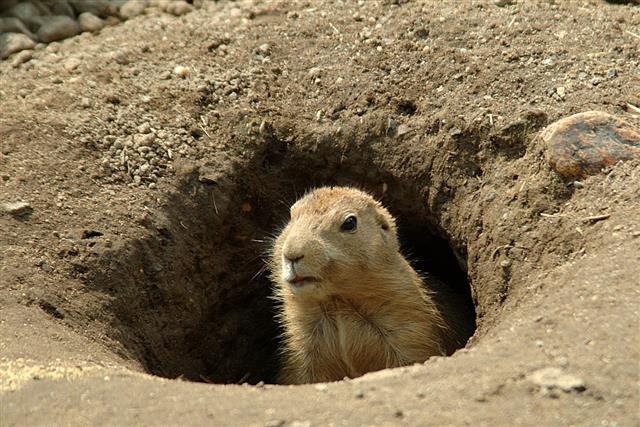 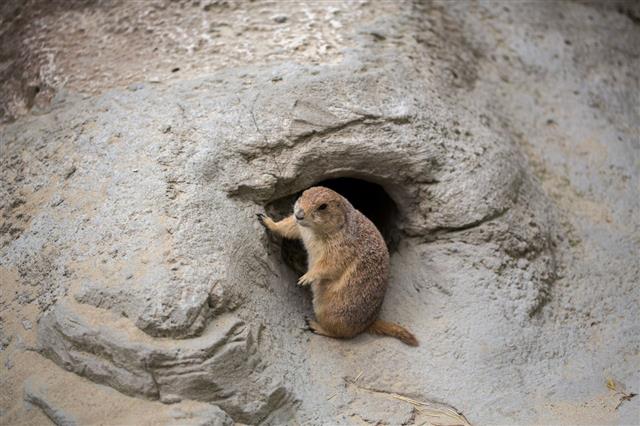 Groundhogs are terrestrial animals (rodents) and live in burrows during the winter season. They live in rocky and mountainous areas for the most part. The body clock of a groundhog is believed to be adjusted according to the change of season. It is said that their body undergoes hormonal changes, specifically melatonin, which is a sleep-inducing hormone, and it also controls their waking when in hibernation. The whole life cycle of the animal is very interesting and the following facts should prove to be just as fascinating.

➤ Groundhogs are the only members of the Sciuridae family with curved spines. They are at home both on land and in water. They are good swimmers as well as excellent tree climbers.

➤ Groundhogs are also called whistle pigs, because they make a loud whistling sound, like an alarm bell, to alert other groundhogs about approaching danger.

➤ They have four toes on their feet and five on the back. They can grow to a maximum of 2 feet when measured from head to toe and weigh between 6 – 14 pounds.

➤ They have grayish brown fur and bushy tails, which are pretty short compared to the rest of their body. They generally have two layers of fur, the outer layer for waterproofing, and the inner layer for maintaining body heat.

➤ They dig their burrows with the help of their powerful limbs and thick claws. They are quite adept at it. They can remove up to seven hundred pounds of soil, and dig almost 40 feet long burrows.

➤ Groundhogs are smart creatures. The burrows made by these animals have many chambers and also more than one entrance. This is to ensure that if a predator comes along, they have enough places to hide in, and also another entrance to escape from. They refuse to be caught!

➤ They are herbivorous animals, and they eat plants like grass, clover and alfalfa. They also eat strawberries, peas, pansies and garden beans.

➤ Groundhogs dig burrows below the frost line to make sure that the temperature in the burrow remains stable. These burrows are called winter burrows, and these are specially made for hibernating in.

➤ During hibernation their body temperature drops from 99°F to approximately 40°F. Their heartbeat also decreases from 80 beats per minute to 4 – 5 beats per minute. The breathing is also reduced from 12 breaths a minute to as little as 1 breath per 5 minutes! That’s just a whisker away from death!

➤ Their breeding season lasts from March to mid or late April, which is sometimes immediately after the hibernation period. The gestation period is of about 28 to 32 days and the male groundhog leaves before the young are born. The little ones are raised by the mother alone, for around 5 – 6 weeks.

➤ Domestic groundhogs have a lifespan ranging between 10 – 14 years, while wild groundhogs live for 4 – 6 years.

➤ A groundhog’s front teeth grow throughout its life. They are kept in check to a suitable size due to the constant gnawing.

➤ Groundhogs do binge eating during the summer and put on a lot of weight to see them through the severe hibernation they follow. The groundhog loses more than half its body weight during hibernation!

➤ Groundhogs are naturally inclined towards aggression, and it takes a lot of patience, effort and training to ingrain some social skills in them. Oh, and after all that there is no guarantee that they will behave.

➤ Groundhogs are solitary creatures, and will usually find mates only for the purpose of reproduction.

➤ Groundhogs are very particular about cleanliness, and line their sleeping areas with fresh grass frequently. Old, smelly grass is not tolerated. They also shed their old coats. They molt annually, and grow a brand new one!

➤ The archeological Ufferman Site in Ohio, U.S., was discovered due to the extensive diggings of the local groundhogs! These creatures have unknowingly unearthed many human and animal remains, as well as a few artifacts.

➤ Groundhogs prefer to eat to keep themselves hydrated! That’s right. Rather than drink water, they feed on leafy plant matter for getting water!

Groundhogs are not loved by farmers, since they are known to destroy crops. Besides, many a farmer has complained that his bull or horse fractured a leg because they stepped into a groundhog burrow. Also, another problem is their ability to reproduce rapidly, which causes their population to increase almost exponentially. Due to this reason, groundhogs have become a nuisance to many households. 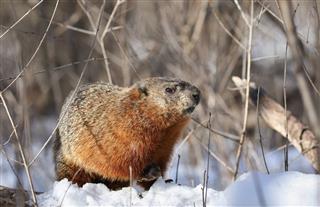 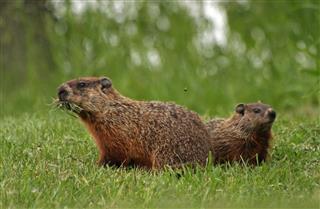 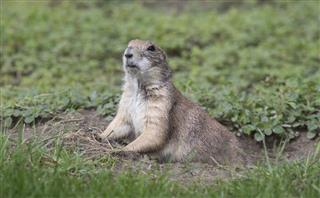 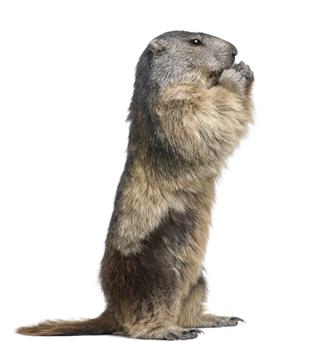