Vividly striped body, the flamboyant and long pectoral fins, venomous fin rays, invasive nature, and so on... There is no dearth of interesting facts about the spectacular looking lionfish species which have of late become notorious for their invasion of the East Coast of the United States.

You are here: Home / Uncategorized / Unbelievably Fascinating Facts About Lionfish

Vividly striped body, the flamboyant and long pectoral fins, venomous fin rays, invasive nature, and so on… There is no dearth of interesting facts about the spectacular looking lionfish species which have of late become notorious for their invasion of the East Coast of the United States. 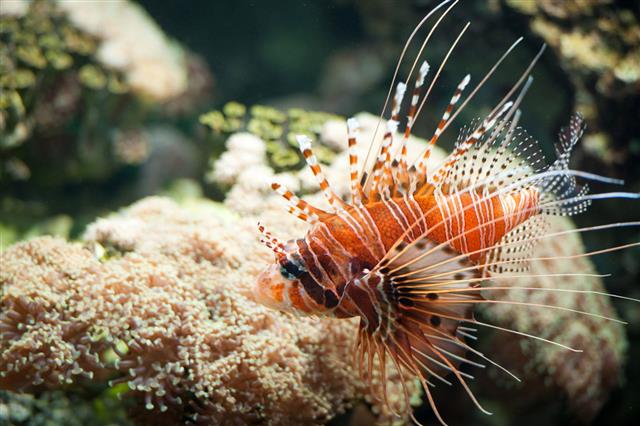 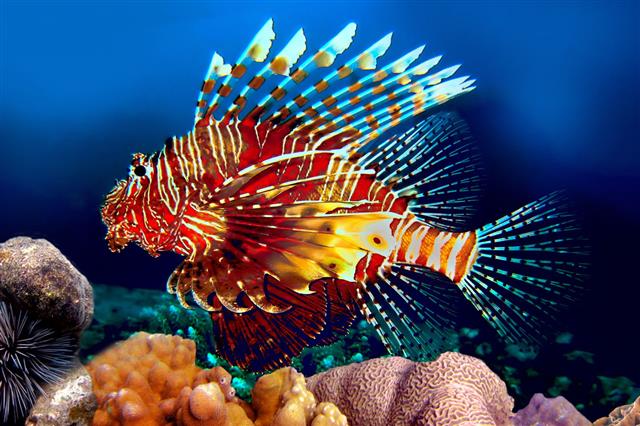 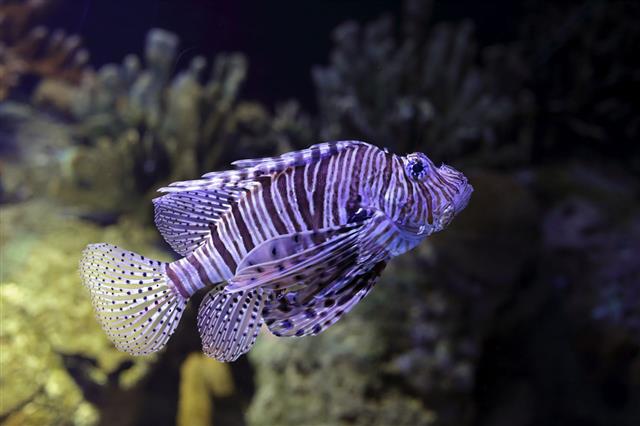 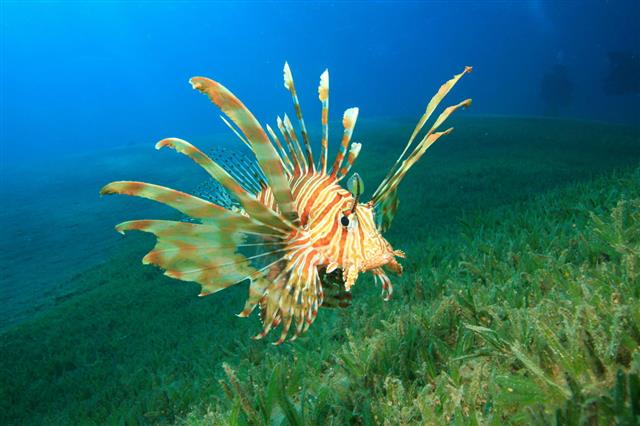 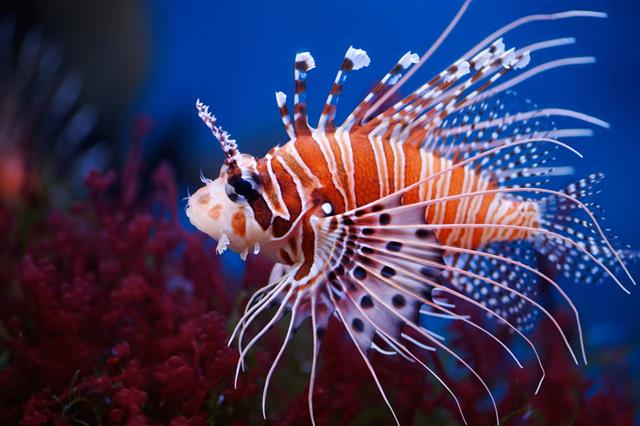 The native habitat of lionfish spans the rocky crevices and reefs of the Indo-Pacific waters; however, these days, they can be found in the eastern coast of America, too. Although it is not clear how they have found their way there, it is speculated that some specimens which were released by certain aquariums have begun to propagate in these warm waters.

» Although the lionfish may be spectacular to look at, it is also lethal. Its fins have spines that are as sharp as needles, which they use to inject a potent venom into their predators. It uses its venom as a purely defensive mechanism, when it feels threatened. As far as catching its prey is concerned, it relies on lightning swift reflexes and camouflage.

Adult lionfish use their distinct pectoral fins to attract the prey. As soon as the prey comes within their reach, they swallow it in a single motion. Though not quite unique, this method of hunting is highly successful in regions wherein the lionfish is a non-native species as the native population is not used to such traps.

» The lionfish is maybe one of the most venomous fish in the world, but it is not considered a threat for humans. Humans come in contact with this species in course of fishing and diving. Even though its venom is not fatal for humans, it can trigger extreme pain, breathing problems, nausea, vomiting, dizziness, and other such systemic problems in humans.

» With its spiny rays and vivid stripes, this fish is one of the most striking aquatic animals. When you look at them isolated from their natural habitat it may not strike you, but their colorful exterior is what helps them blend with the coral reefs where they are mostly found.

» The clearfin lionfish or radiata lionfish (Pterois radiata) found in the Indian Ocean and western Pacific Ocean, is the only lionfish species which has spines without the characteristic markings.

» The lionfish hunt mostly during the day, and in the nighttime they hide in small underwater caves and under ledges. They feed mainly on crabs, shrimp and other small species of fish. It lies in wait for the meal to come by, and when they do, the fish just swallows them up whole.

» The largest species of lionfish can grow up to 16 inches (42 cm) in length, and the smallest measures a mere 2 inches (6.2 cm). On an average, an adult lionfish attains a length of 13 inches (38 cm) and weighs somewhere around 1-2 lbs. Their lifespan in the wild can be around 15 years, on an average.

» While adult lionfish are solitary creatures, juveniles are known to live together in groups. Over the course of time, they become highly territorial and don’t even hesitate to take on the other members of their group to capture and/or defend their territory.

» Although the lionfish is considered a delicacy in certain countries, in the aquarium trade it is very valuable, mainly due to its spectacular looks. There are various types available in aquarium stores such as the radial lionfish, the volitan lionfish, etc. Amongst these, the volitan is the most popular species.

» The population in its natural habitat is healthy, and is, in fact, growing. However, concern has been raised in the United States as some are of the opinion that the proliferation of this non-indigenous species of fish may cause environmental dangers as well as be hazardous to human beings. Organizations like the NOAA, USGS and REEF are working on invasive lionfish removal.

» The removal of this invasive lionfish species is not an easy task, and to encourage people to participate in it, environmental organizations hold lionfish removal contests. The contest for the ‘most lionfish collected and turned in’ organized by the Reef Environmental Education Forum (REEF) in Upper Keys is one example of this.

In spite of being one of the most venomous, the lionfish continues to be of great interest to researchers owing to its peculiar appearance and mannerisms. 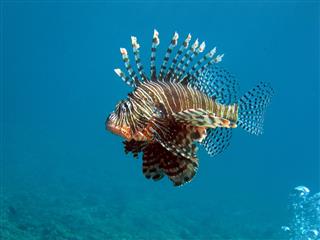 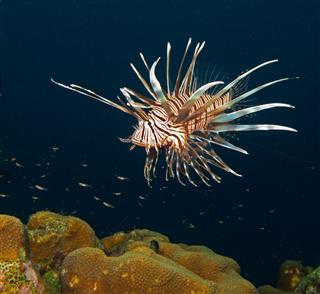 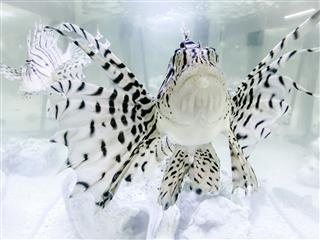 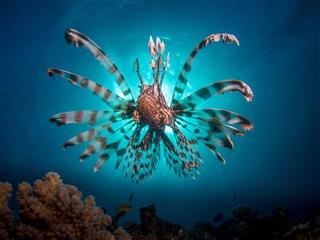 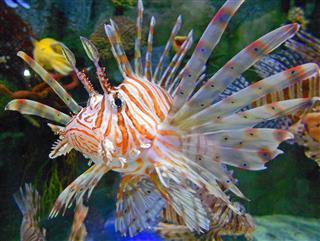 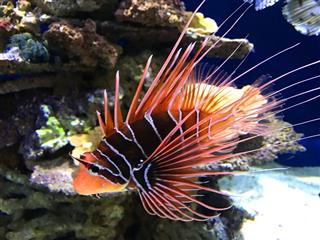 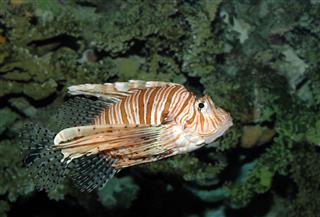 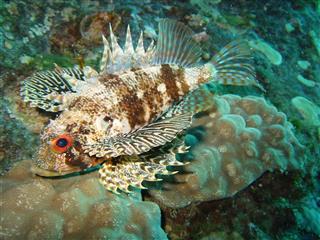 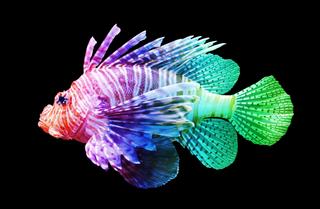 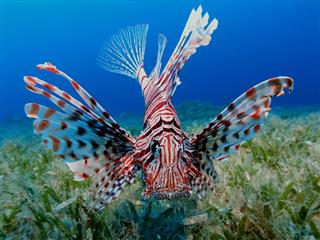 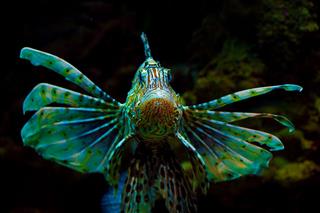 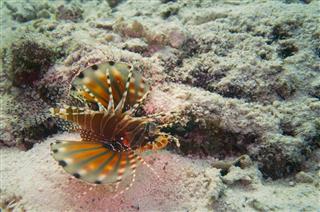 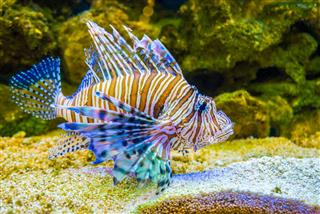 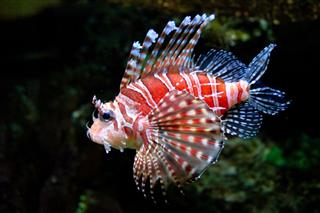 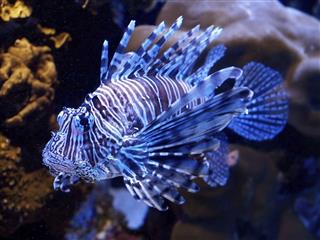